Accessibility links
Japan's Abe Pushes The Pacific Trade Deal Onto Center Stage The Japanese prime minister used his time in the spotlight in Washington to promote the Trans-Pacific Partnership, saying it would create both prosperity and peace. Democrats remain skeptical. 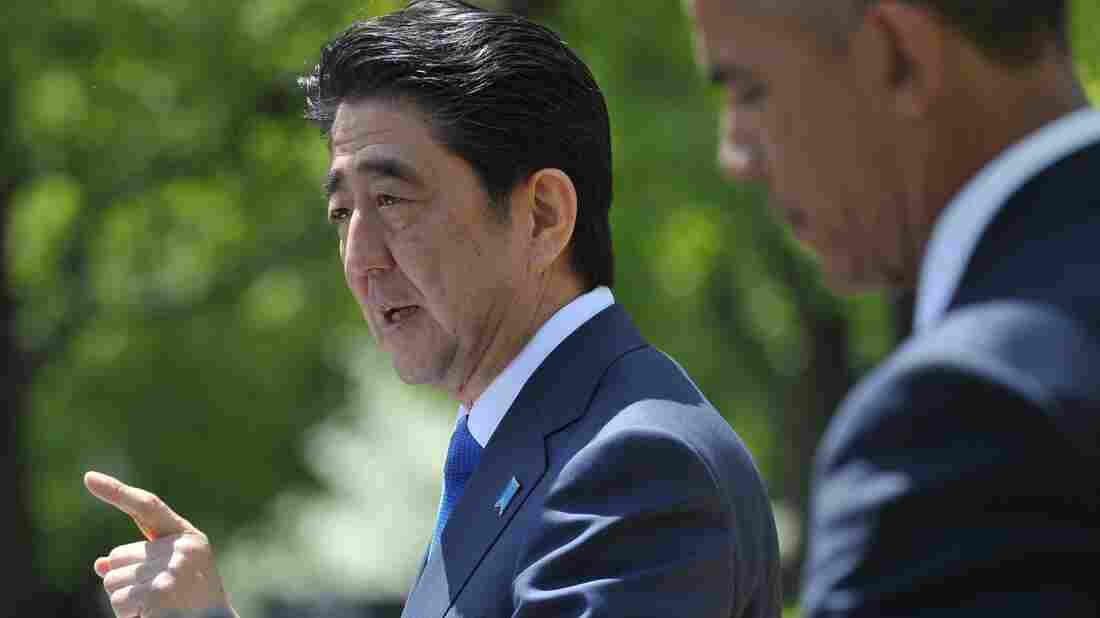 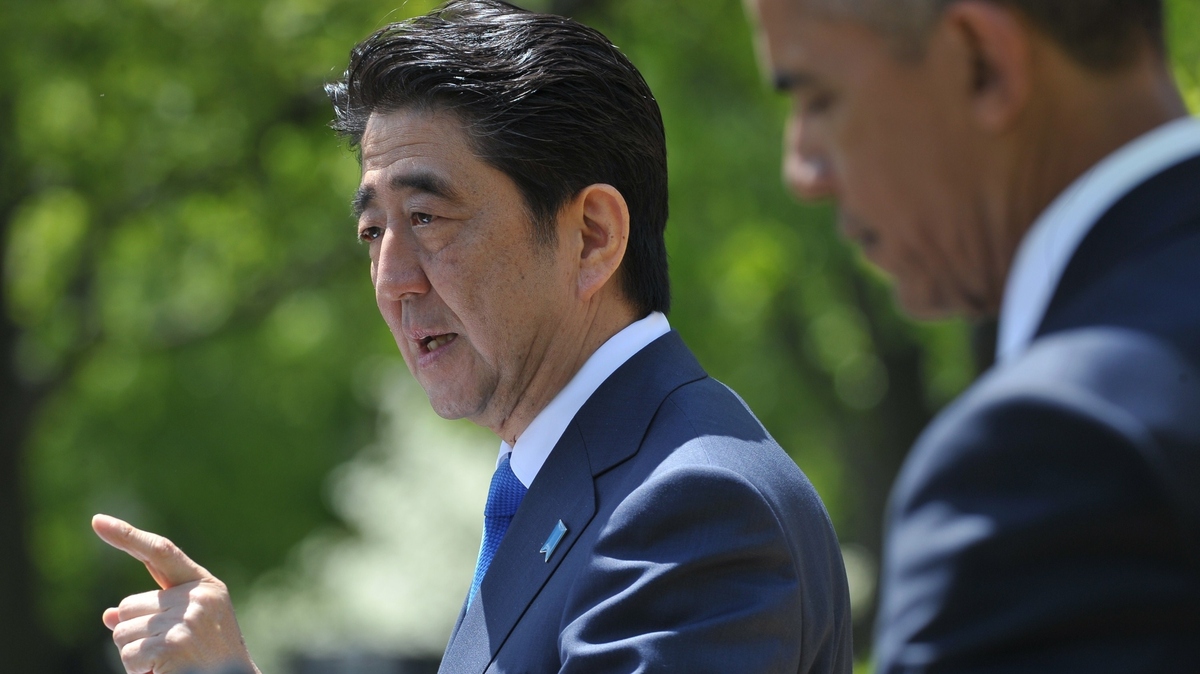 President Obama's plan for creating a Pacific Rim trade zone has been hovering in the wings, waiting for the right moment to demand attention.

On Wednesday, Japanese Prime Minister Shinzo Abe pushed it out on to center stage during a dramatic joint meeting of the U.S. House and Senate. He urged Congress to approve the proposed Trans-Pacific Partnership, or TPP.

"We must take the lead to build a market that is fair, dynamic, sustainable," he said. "The TPP covers an area that accounts for 40 percent of the world economy and one-third of global trade. We must turn the area into a region for lasting peace and prosperity."

Whether Abe's words swayed many lawmakers is not yet clear. But his personal lobbying did turn up the political heat. Abe wants Congress to approve the proposed trading partnership among 12 nations, including the United States and Japan.

This year began with Obama talking up the benefits of such a trade deal. But to get TPP written, he first wants Congress to renew his expired power to negotiate trade deals on behalf of the country. Once negotiated, such pacts can then be presented to Congress on a "fast track" for simple approval, with no amendments.

Sen. Orrin Hatch, the Utah Republican who chairs the Senate Finance Committee, said Obama is right to push for this negotiating power, more formally known as Trade Promotion Authority. Speaking at a Politico-sponsored event Wednesday, Hatch said that without it, other countries would be leery about negotiating.

He said New Zealand officials told him they need assurance that a completed deal could not be changed at the last minute by congressional amendments. Offering a "fast-track" to passage would be "very critical" to getting all trading partners on board, Hatch said.

1) Get the full House and Senate to approve the trade-promotion bill in coming weeks.

2) Wrap up negotiations with Japan and the other TPP countries.

3) Persuade Congress to approve the trade partnership in coming months.

But how likely is Congress to follow those steps?

Rep. Sandy Levin, D-Mich., was at the same event as Hatch, and he said most Democratic lawmakers are still not on the same page with Obama. "We're not there," Levin said. "Trade has been one of the reasons for middle-income stagnation."

Unions have been working extremely hard to block both "fast-track" renewal and TPP, saying they are not in the best interests of workers, whose wages have stalled as global competition has risen.

This week, AFL-CIO President Richard Trumka warned presidential candidates that unions will not support anyone who favors the White House trade agenda. "The labor movement opposes fast track," he said. "And we expect those who seek to lead our nation forward to oppose fast track, as well. There's no middle ground, and the time for deliberations is drawing to a close."