Accessibility links
How The Fall Of Saigon Turned San Diego Into A Home For Refugees Forty years ago, the Nguyen family was among the first refugees to be brought to San Diego after the Vietnam War. Now the community they helped form has become home to refugees from around the world.

NPR — along with seven public radio stations around the country — is chronicling the lives of America's troops where they live. We're calling the project "Back at Base." A version of this story has appeared on KPBS.org.

Families in cars stacked with surfboards cruise into the San Mateo Campground on the northern edge of San Diego County. Clear skies beckon them for a weekend of beach camping.

But drive inland 4 miles and there's an entirely different kind of camp.

Tidy rows of Quonsets — half-rounded bunk rooms made of corrugated metal — make up Camp Talega, which is on the northernmost part of Camp Pendleton.

In April 1975, the first 1,000 Vietnamese refugees from Saigon flew into the El Toro Marine Corps Base nearby. They were then bused to Camp Talega. 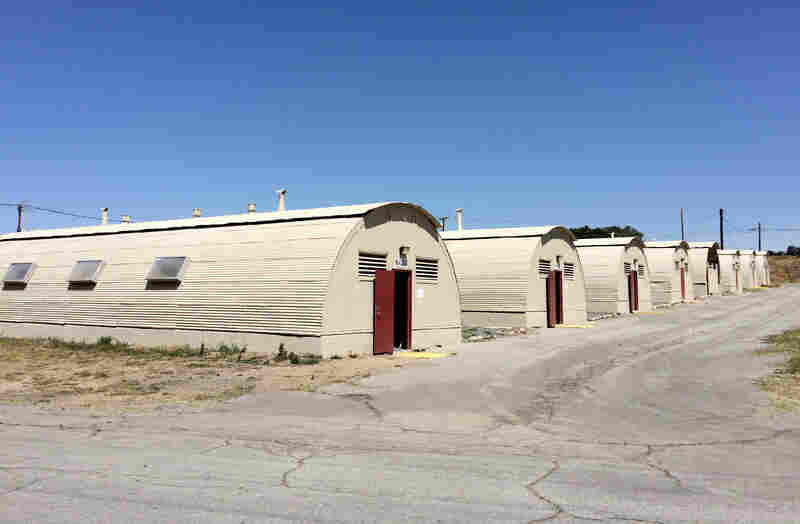 "You're figuring you're housing 1,000 people. That means restrooms, bathing facilities, eating facilities, places to sleep," says Faye Jonason, who runs museums at the base.

Troops had just six days to set up eight of these minicities on the base. Over six months, some 50,000 Vietnamese refugees passed through. Most stayed about three months before American families took them in or helped them strike out on their own.

One of those families was the Nguyens.

"The apartment here at 4212 Altadena Ave. is the first apartment that our family — about 32 people — stayed in," says Quan Nguyen, 40.

He was 5 months old when his parents and extended family left those Quonsets and moved into a two-bedroom apartment in the City Heights neighborhood of San Diego.

Nguyen's father — Harry Hien Duc Nguyen, 62 — laughs now at the thought of so many people in that tiny place.

Back then, the Nguyens were the only Vietnamese family on the street. 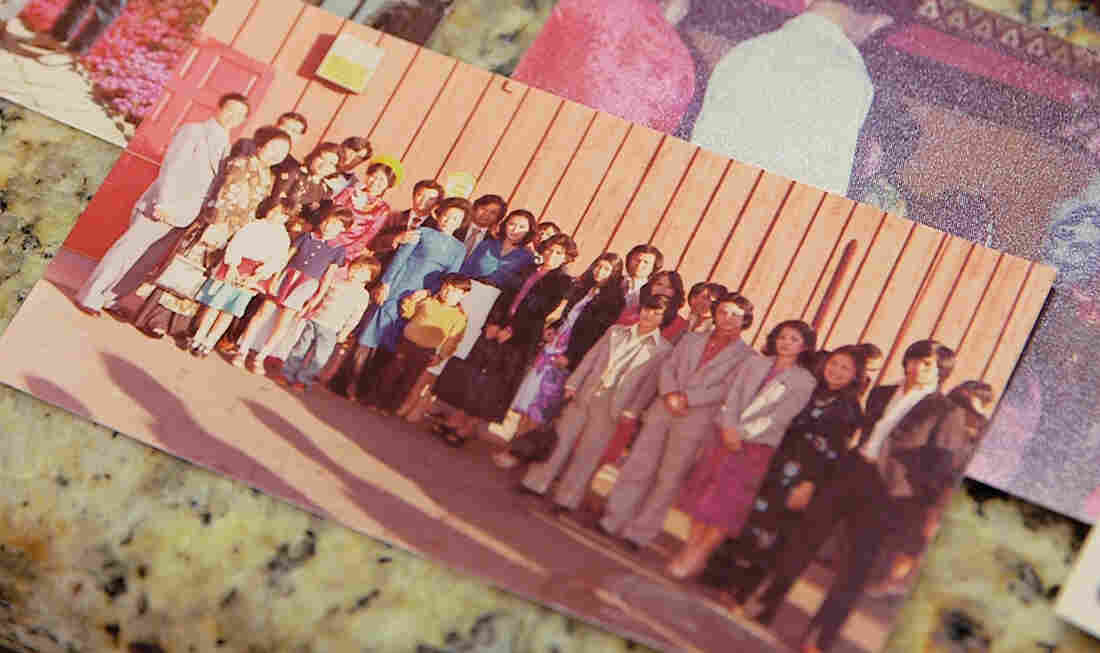 A photo of the Nguyens' extended family. Most of the individuals pictured lived in a two-bedroom apartment together after leaving Camp Pendleton. Nicholas McVicker/KPBS hide caption

Bob Montgomery headed the International Rescue Committee here for 15 years before retiring in March. He says the fall of Saigon built the City Heights neighborhood of today.

"Because of the services that grew up around the refugees that came out of Camp Pendleton, it was a good place to send people," he says. "We had established services, there was religious institutions, and of course most importantly, existing communities where they would feel most comfortable."

40 Years After The Vietnam War, Families Still Search For Answers

Nearly 45 percent of City Heights residents were born overseas. Montgomery says the flow of refugees didn't end with the fall of Saigon. For years, the IRC helped other refugees from Southeast Asia make homes here. By 1980, Congress had taken that ad hoc system and made it permanent. Last year Montgomery's office resettled more than 900 refugees.

Montgomery says the Iraqi and Burmese people arriving now can thank the Vietnamese — like Harry Nguyen — who came here 40 years ago.

"I didn't think anything of Vietnam at that time because at that time it's collapsed already and under communism," says Harry Nguyen.

Like many others, the Nguyen family found its way, opened businesses, and prioritized education for the kids.

"So my mind not over there, over here. And everything I concentrate here and take care of family, take care of children, I go to work, and we have a beautiful life here," he says.

That life is captured in family photos sprawled across Quan Nguyen's kitchen island. It includes pictures of the family celebrating the Lunar New Year just before the fall of Saigon.

The family now lives in his ample suburban home about a 20-minute drive from that cramped first apartment. He says his father's concern after the war was to put food on the table for his family.

Quan Nguyen, who's a pharmacist with two daughters, has a different challenge: to keep hold of Vietnamese traditions as he lives in the American mainstream.