Accessibility links
Interview: Jane Yolen, Author Of 'Stone Angel' Jane Yolen's latest is a children's book about a family trying to survive the Holocaust in France. "I consider Stone Angel a kind of starting place for parents to talk to their kids," she says. 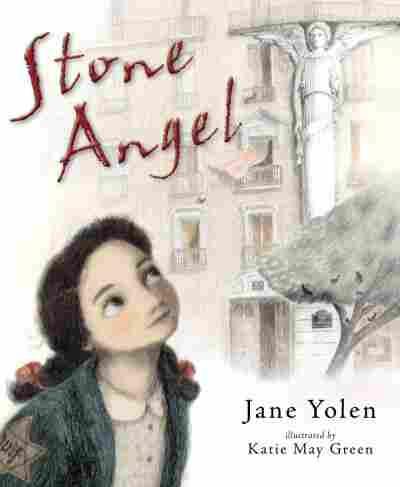 by Jane Yolen and Katie May Green

Prolific author Jane Yolen is best known for her novel The Devil's Arithmetic -- the story of a modern American girl transported back in time to 1940s Poland, where she experiences first-hand life in a concentration camp.

Yolen has also written many children's picture books, like the classic How Do Dinosaurs Say Good Night?

Those very different books both have something in common with her newest release. It's a picture book for kids — about the Holocaust.

Stone Angel follows a young French girl who flees to the woods with her family when the Nazis begin to round up the Jews.

Yolen wants Stone Angel to start conversations on the Holocaust between children and parents.

On how she began writing the story

I began it because I saw this wonderful photograph online somewhere of this angel figure on a French apartment house. So I started just to write a story about the little girl and her brother Aron running down the street going to get something at the patisserie. [I] was not thinking about the Holocaust. And suddenly the Nazis came into it. 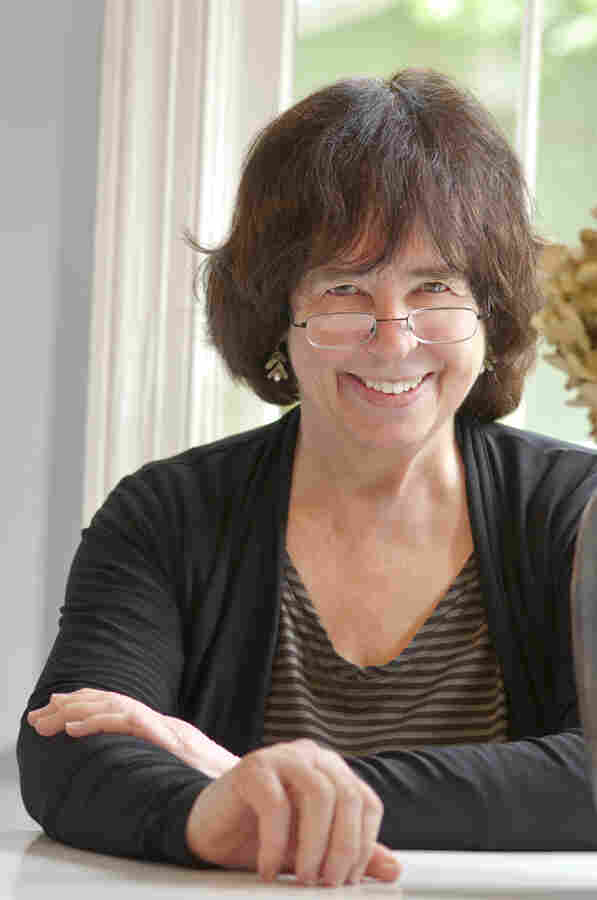 Jane Yolen's other books include Not All Princesses Dress in Pink, How Do Dinosaurs Say Happy Birthday? and You Nest Here With Me. Jason Stemple/Courtesy of Penguin Random House hide caption 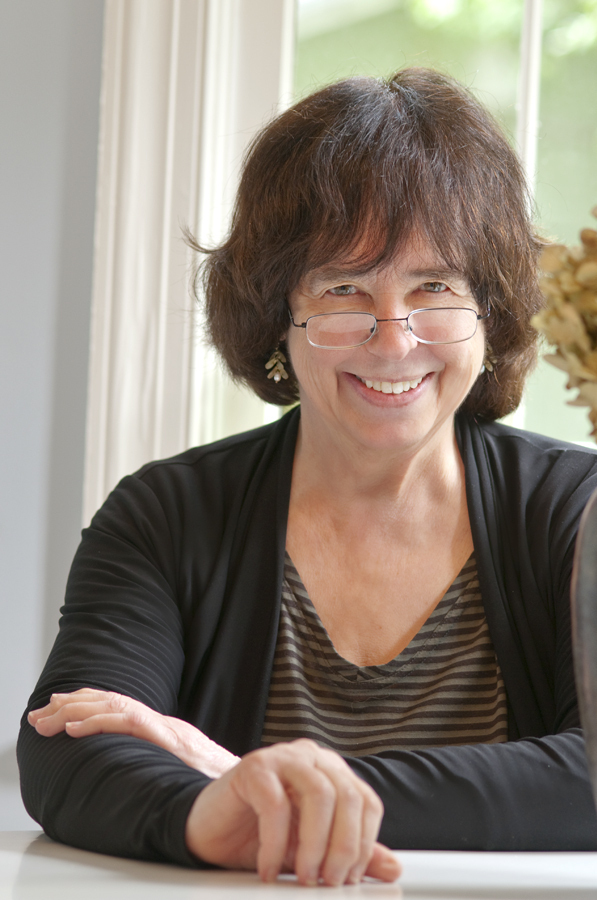 Jane Yolen's other books include Not All Princesses Dress in Pink, How Do Dinosaurs Say Happy Birthday? and You Nest Here With Me.

I don't know how that happened. But I have been writing long enough to know that when someone marches into your book, you have to stop and listen and ask, "Why have they done this? What are they trying to tell me? What is this story really about?" So instead of being this little idyll of a couple of French children on a French street, it became something else entirely.

On keeping the horror of the Holocaust off screen

In my feeling it's not OK to put ... blood dripping off the pages of a picture book. So that was a conscious decision.

On using Stone Angel to teach children about the Holocaust

I consider Stone Angel a kind of starting place for parents to talk to their kids, as much as they want to talk to them. I don't think this book is for under third-graders ... kindergarten, first, second, even though it's in a picture book format, because I don't think they're ready to have that conversation with their parents. 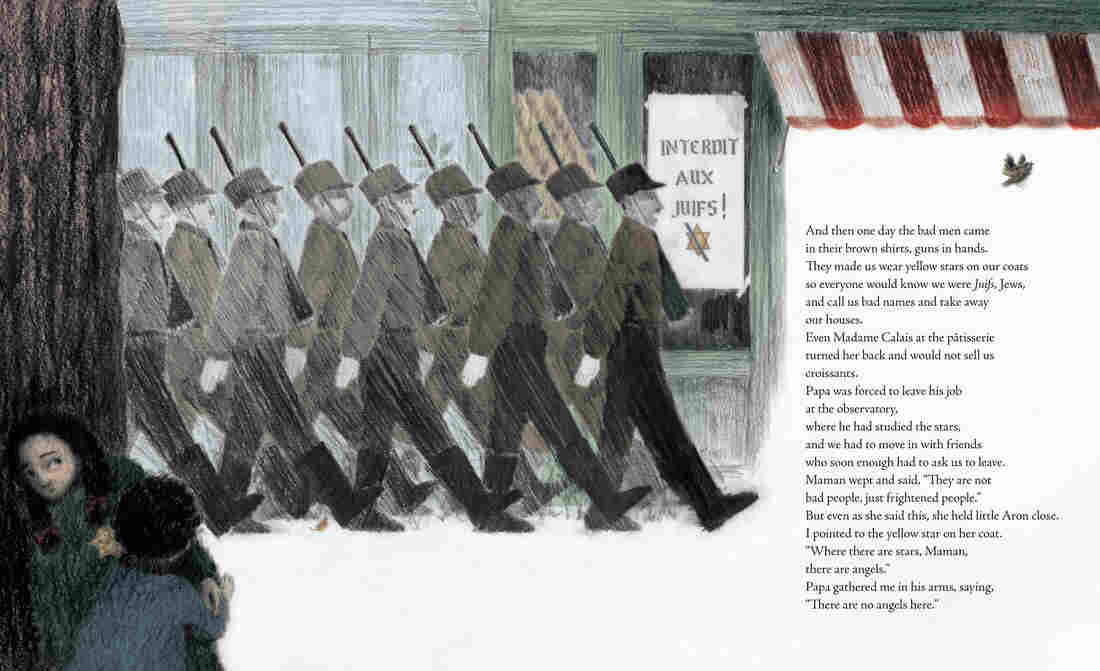 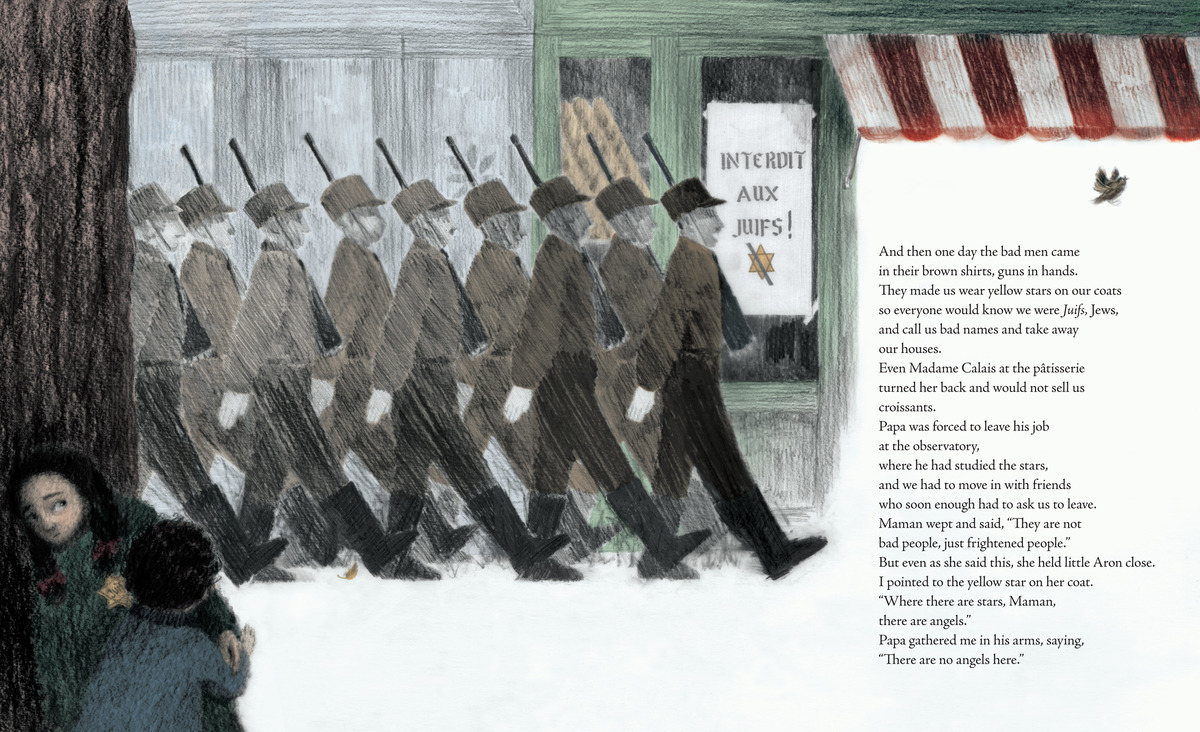 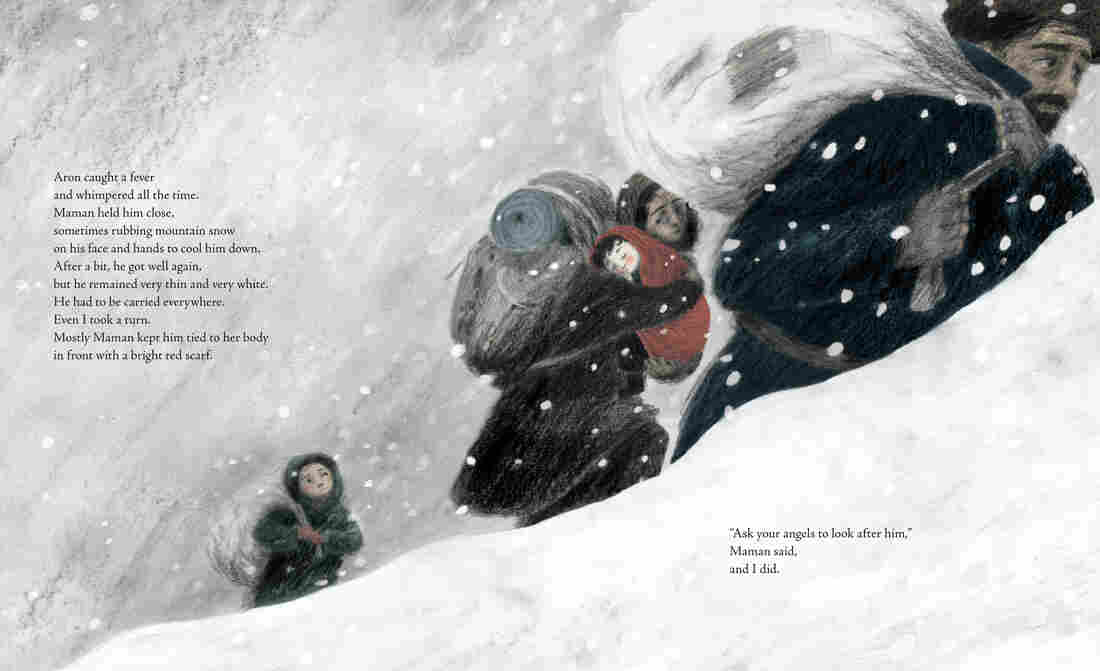 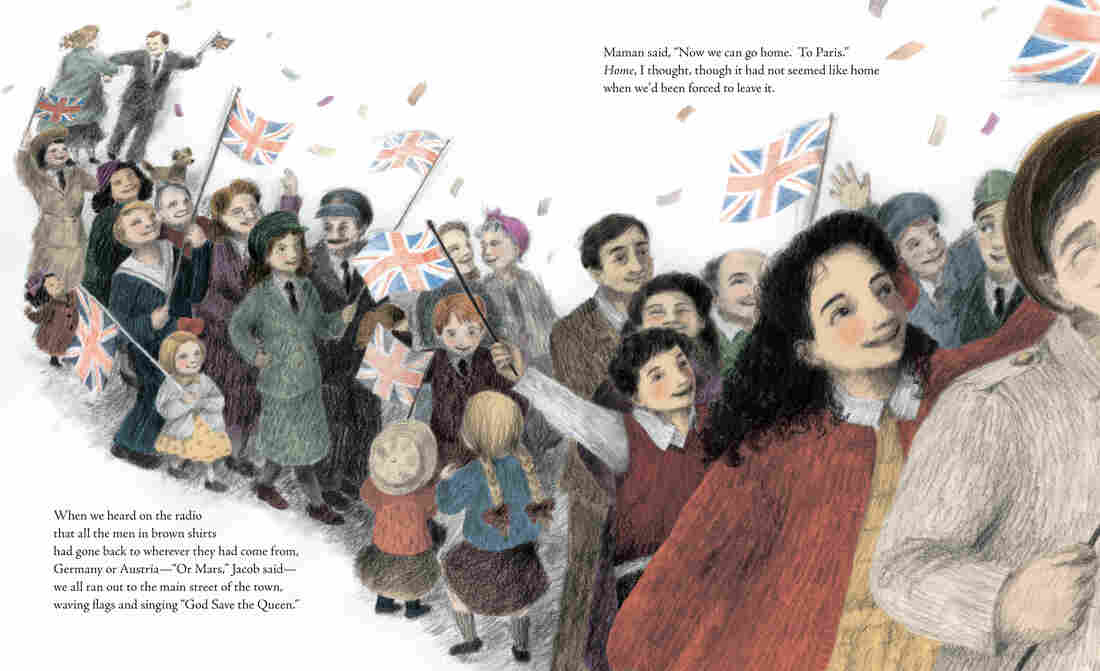