Accessibility links
Does Post-Apocalyptic Literature Have A (Non-Dystopian) Future? Store shelves and libraries are packed with post-apocalyptic, dystopian novels right now. Critic Jason Heller has some suggestions to help you wade through the floods. And the fires. And the fallout.

Does Post-Apocalyptic Literature Have A (Non-Dystopian) Future?

Does Post-Apocalyptic Literature Have A (Non-Dystopian) Future? 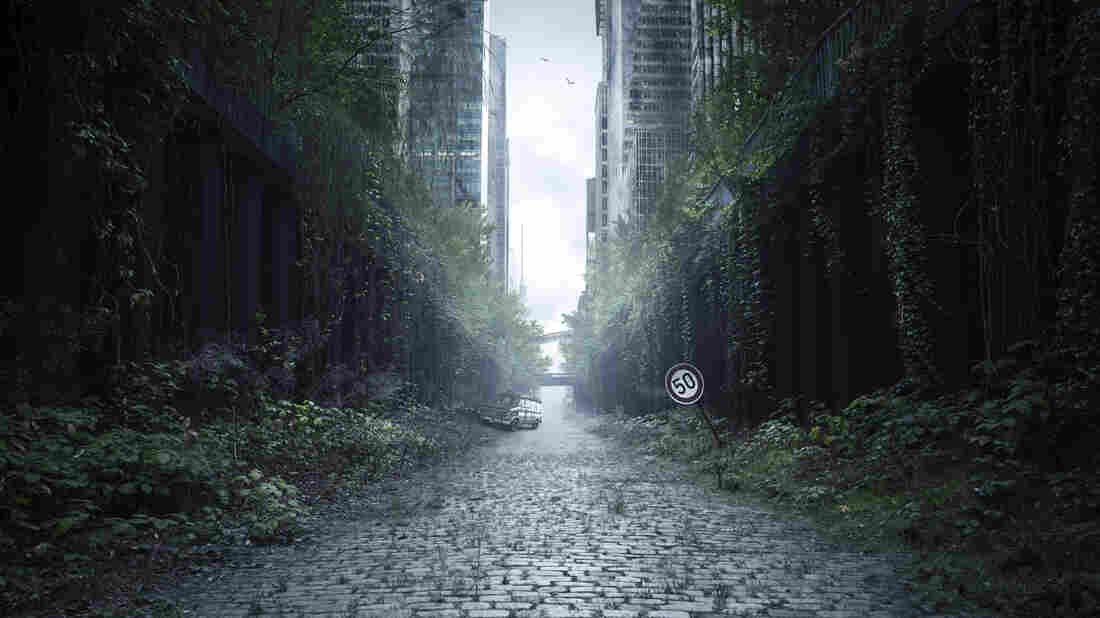 It's the end of the world as we know it, and I feel like reading a book. iStockphoto.com hide caption 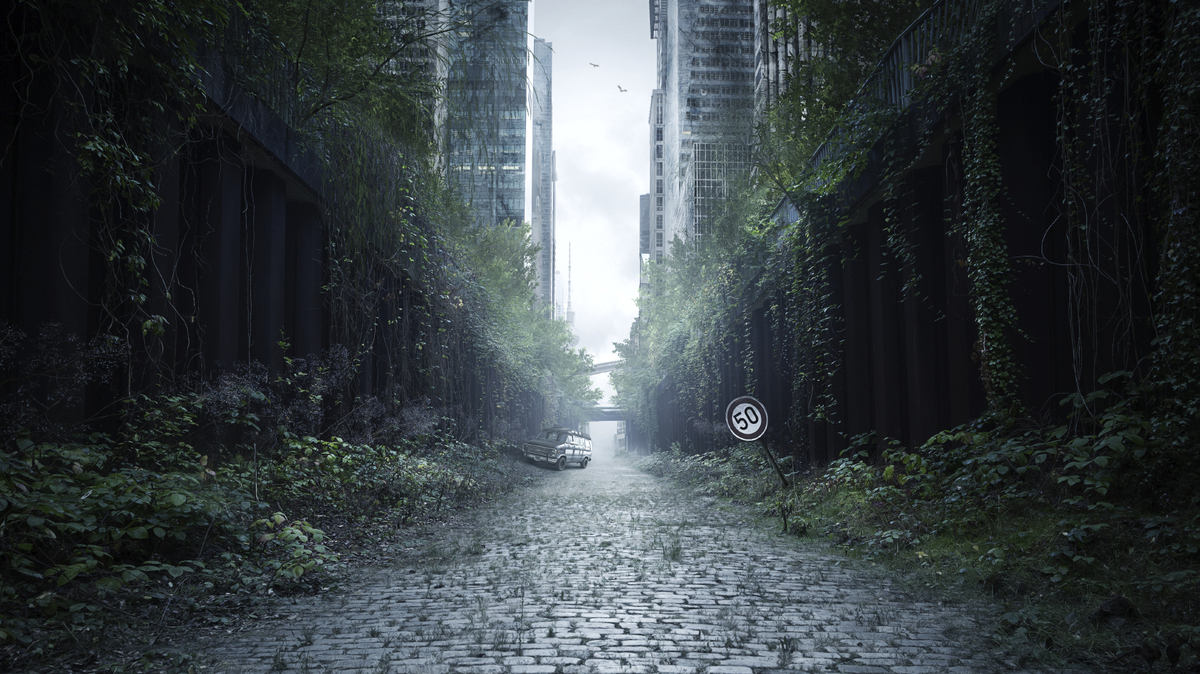 It's the end of the world as we know it, and I feel like reading a book.

The end of the world sure is taking a long time. Ever since the breakout success of Cormac McCarthy's 2006 novel The Road, America has been degraded, devastated, and decimated time and time again — at least, on the page. Granted, McCarthy didn't invent post-apocalyptic fiction. But he helped spark a literary trend that shows no signs of abating.

In the last year or so, an avalanche of books — including Chang-Rae Lee's On Such a Full Sea, Monica Byrne's The Girl in the Road, Emily St. John Mandel's Station Eleven, Sandra Newman's The Country of Ice Cream Star, Kenneth Calhoun's Black Moon, Laura van den Berg's Find Me, Benjamin Percy's The Dead Lands, Adam Sternbergh's Shovel Ready, Lev AC Rosen's Depth and Jeffrey Rotter's The Only Words That Are Worth Remembering — have probed what it means to be a survivor after some form of collapse or cataclysm has ravaged the world. It's like the movie Groundhog Day, only with the apocalypse happening over and over, often with slight variations. These books are being written by the truckload, and some of them are even being read — but with this level of saturation, does post-apocalyptic fiction have a future? 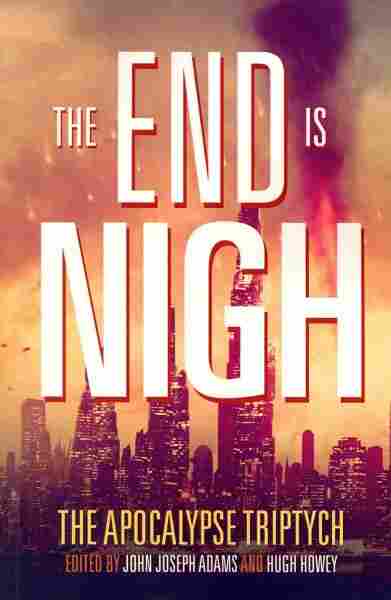 The End Is Nigh

John Joseph Adams and Hugh Howey clearly think so, and for good reason. The series of e-book anthologies they co-edit, The Apocalypse Triptych, is the most ambitious, audacious undertaking of its kind. They have the credentials to back it up: Adams is the Hugo Award-winning editor of the Best American Science Fiction & Fantasy series, as well as of the digital magazines Lightspeed and Nightmare; Howey is the bestselling author of the apocalyptic Silo Series, which began with Wool, a self-publishing phenomenon. Howey is also featured in The Apocalypse Triptych: His short stories "In the Air," "In the Mountains," and "In the Woods" — which tie into the Silo Series — are spread across the Triptych's three volumes, The End Is Nigh, The End Is Now, and The End Has Come.

What makes the Triptych unique isn't its subject matter. These are stories of loss, love, betrayal, and survival pitted against a backdrop of earth-shattering cataclysm, superbly written by such lauded speculative-fiction authors as Paolo Bacigalupi, Nancy Kress, Charlie Jane Anders, Elizabeth Bear, and Carrie Vaughn. The Triptych sets itself apart from dozens of other similar anthologies by structuring its three volumes to take place before, during, and after the doomsday clock strikes midnight. Released serially — The End Has Come was published on May 1 — the Triptych has cannily amped up the tension and dread in incremental doses spread over months, feeding an appetite for sequential drama that self-contained anthologies are unable to satisfy. 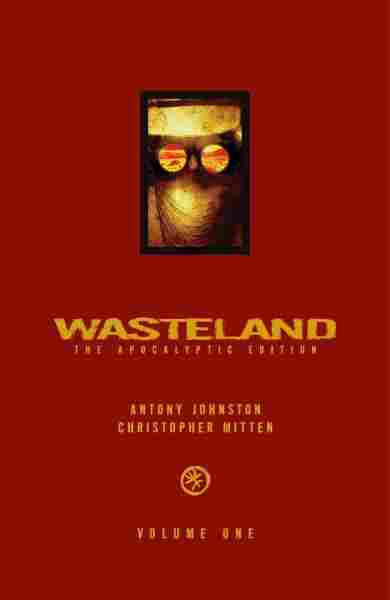 by Antony Johnston and Christopher Mitten

When it comes to the end of the world, suspense and mystery are key. Even the best cataclysmic movies are hampered by the fact the demise and aftermath of life as we know it must be squeezed into a two-hour experience. Anthony Johnston works on a far vaster scale. His comic-book series Wasteland — which wrapped up in April after 60 issues and a slew of graphic-novel collections — took 10 years to play out.

Unlike most post-apocalyptic stories, Wasteland sprawls. Set a century in the future, after a catastrophe called The Big Wet has, oddly enough, rendered America a desert, Johnston's masterful epic features an erosion of civilization, battles between opposing tribes, and a sumptuous, science-fantasy backdrop that pits swordplay against the remnants of technology. But it's far more grounded than many so-called literary prose novels that dabble in the post-apocalyptic genre.

Johnson and his team of illustrators — most notable Christopher Mitten, whose bold, angular artwork captures both the grit and grandeur of Wasteland — tell human stories about those who have had humanity stripped away from them. And the slow unfolding of the story allows the reader to steep themselves in the alluring mystery behind The Big Wet, not to mention the mythic place called A-Ree-Yass-I that promises, and threatens, to hold all the world's secrets. 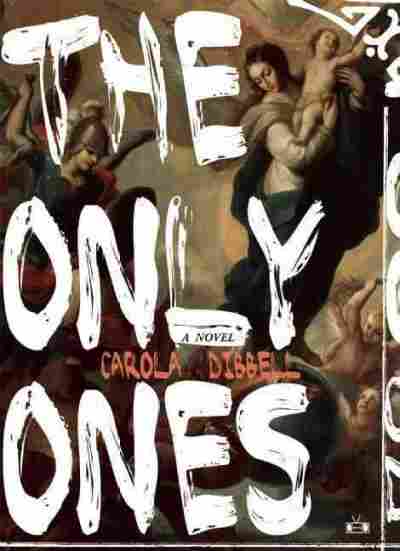 Title
The Only Ones
Author
Carola Dibbell

Carola Dibbell's debut novel, The Only Ones, came out in March, and it's not written from an academic, self-consciously literary perspective or from a place of tired genre formulism, like far too many novels of its kind on the shelves. It's told in the language of the street, from the point of view of a mother in a post-pandemic New York who would do anything to keep her daughter alive — even though her daughter is not exactly that, but something even more astonishing. The Only Ones subtly addresses class, race, and gender issues, but it's also probes the subject of bioethics with a keen sense of relevance to the here and now.

The post-apocalyptic flood in literature doesn't seem to be receding anytime, nor should it. It may feel as though we've hit peak doomsday, books-wise, but there's still plenty of potential left in the field. The Only Ones — like The Apocalypse Triptych and Wasteland — succeed by refusing to follow the path of least resistance. These are stories that thoughtfully stretch how and why these stories are written.

Post-apocalyptic books are thriving for a simple reason: The world feels more precariously perched on the lip of the abyss than ever, and facing those fears through fiction helps us deal with it. These stories are cathartic as well as cautionary. But they also reaffirm why we struggle to keep our world together in the first place. By imagining what it's like to lose everything, we can value what we have.

Read an excerpt of The Only Ones