Accessibility links
Yemen's Descent, Through A Photographer's Lens Photographer Alex Potter arrived in Yemen in 2012 as it was going through an uprising, part of the broader Arab upheaval. Since then, she's grown deeply attached, even as it has fallen into chaos.

Editor's Note: Photographer Alex Potter arrived in Yemen in 2012 as the country was going through an uprising, part of the broader upheavals in the Arab world. She has lived in the capital Sanaa for much of the past three years, growing deeply attached to the country and the people even as Yemen has descended into chaos. 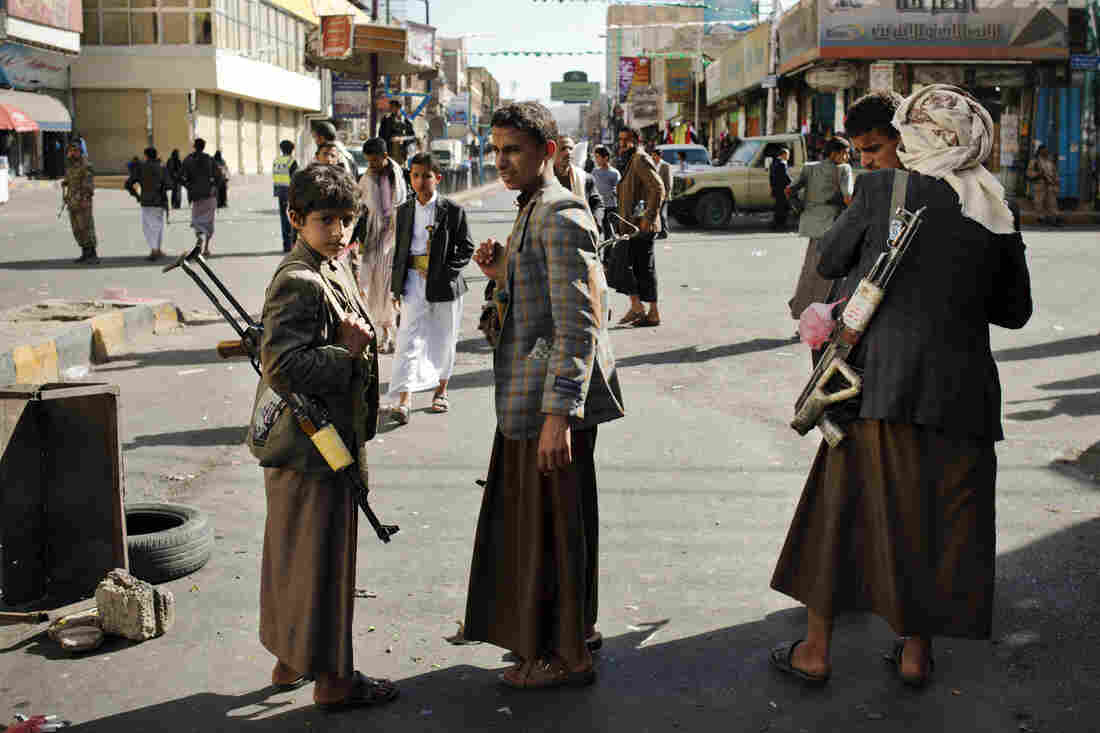 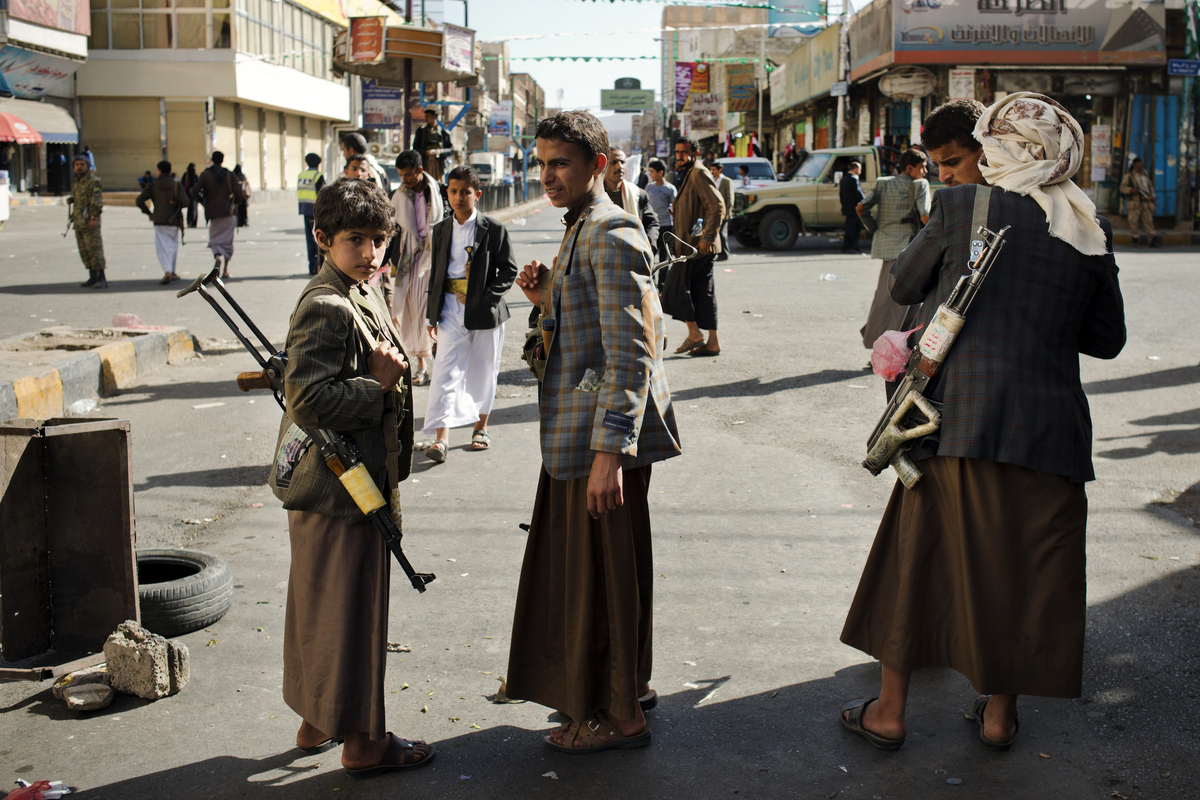 When I landed in Sanaa three years ago, men carrying guns on the street was a rare sight. Yes, every man owns at least one, but I rarely saw them displayed publicly, even among the more rural and traditional tribesmen. Now even young boys carry rifles, like the one in the photo above. He's part of a generation that's being lost to the turmoil of Yemen: a country torn by war, with no clear direction or solution at hand.

So how did Yemen get to this point?

I knew very little about Yemen when I first came and chose it partly by default. With so much unrest in the region, Yemen was one of the places I thought I could live and work in relative safety. After three years in the country on and off, I can't imagine living anywhere else. Other countries have housed me, but only Yemen became my home. So when the ongoing troubles finally boiled over into war, my heart broke.

Yemenis were full of hope three years ago. The man who had dominated Yemen for more than three decades, President Ali Abdullah Saleh, was forced to step down though a combination of internal opposition and pressure from regional countries like Saudi Arabia.

Not many were satisfied with his replacement, Abed Rabbo Mansour Hadi, the man who had been vice president. But Yemenis voted anyway in a one-sided election in 2012, hoping for a new start. For all Yemen's problems, it was a place of enthusiastic young people, with a vibrant and ancient culture, and men and women who never seemed to give up hope. Like this crowd below, which gathered in Change Square in Sanaa on the night before the 2012 election. The mood was upbeat. 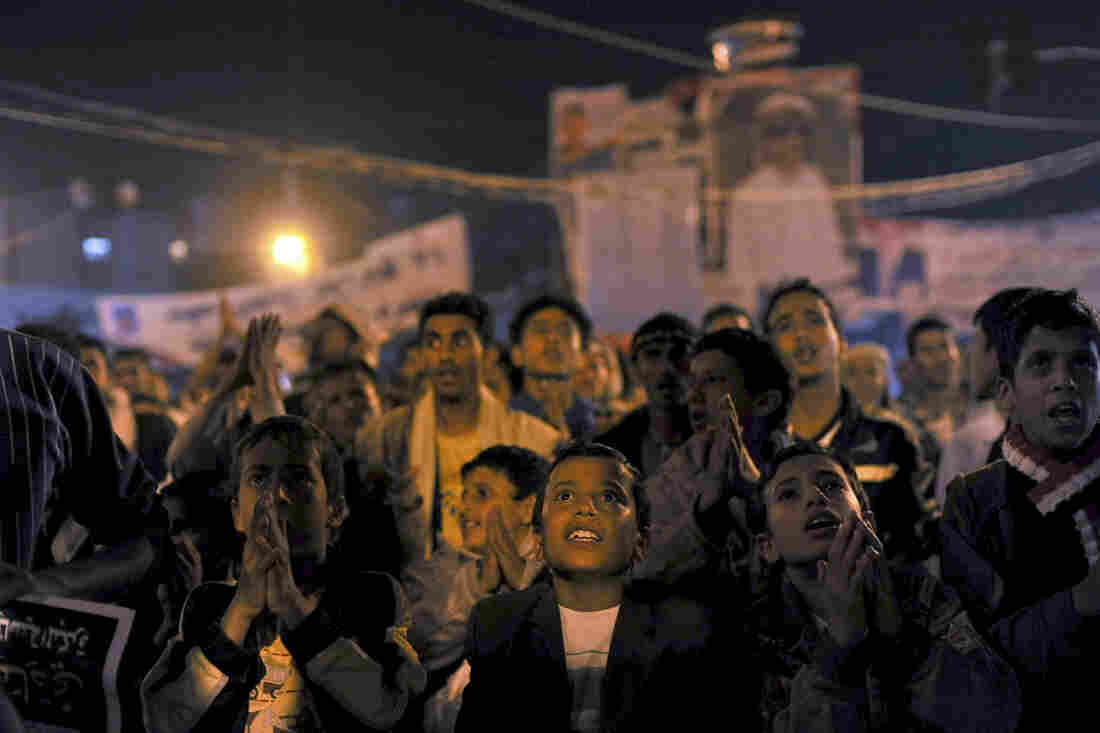 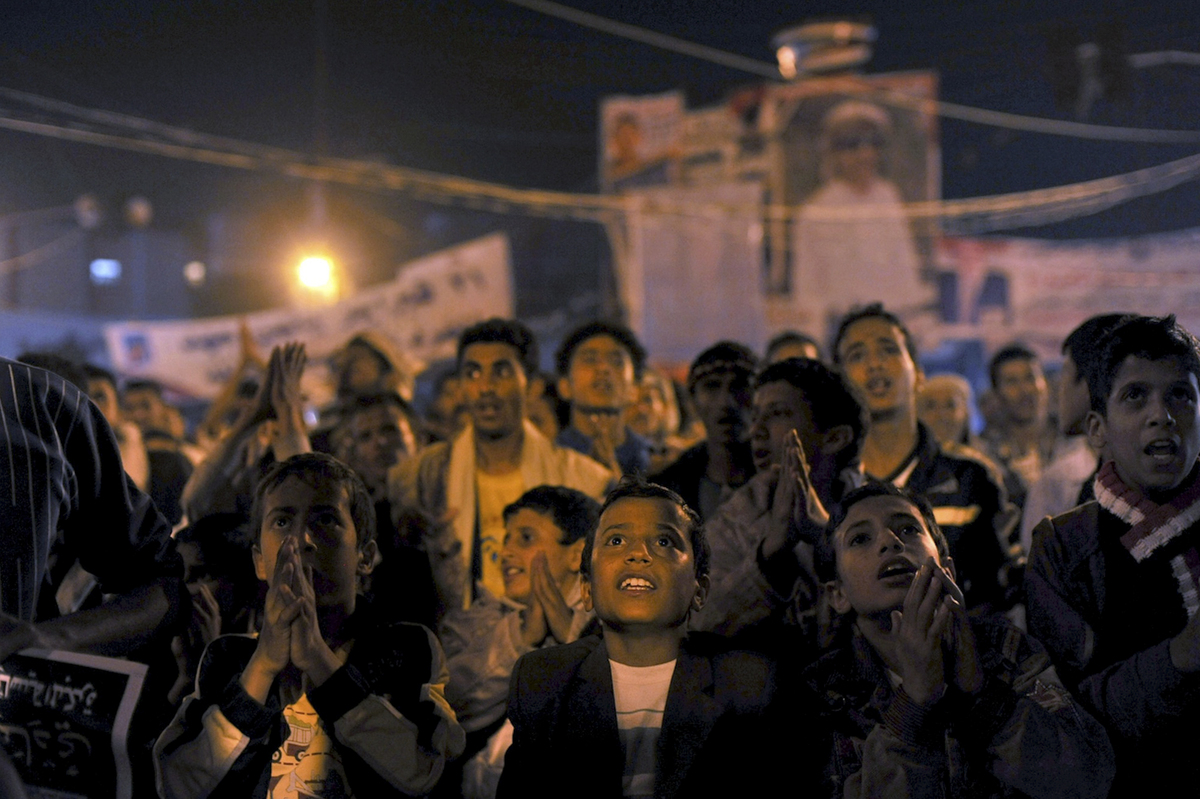 Though Yemen is plagued by corruption, malnutrition, poverty, and many restrictions on women, the country is much more than its stereotypes. I was always struck by the generosity of the place.

When one family does not have enough to eat, neighbors share their food. When two shopkeepers work side by side, they alternate customers. When someone is out of money, the community provides.

But the drawn-out political transition in 2012-13 created many strains, pulling the country in different directions: North versus South, Youth versus the Old Guard, religious parties versus more secular ones. Still, the Yemenis remained optimistic. Tourists began to trickle back in the summer of 2012 and the following year some businesses were back in full swing. Young women comfortably engaged in a spirited discussion against a backdrop of posters for political candidates. 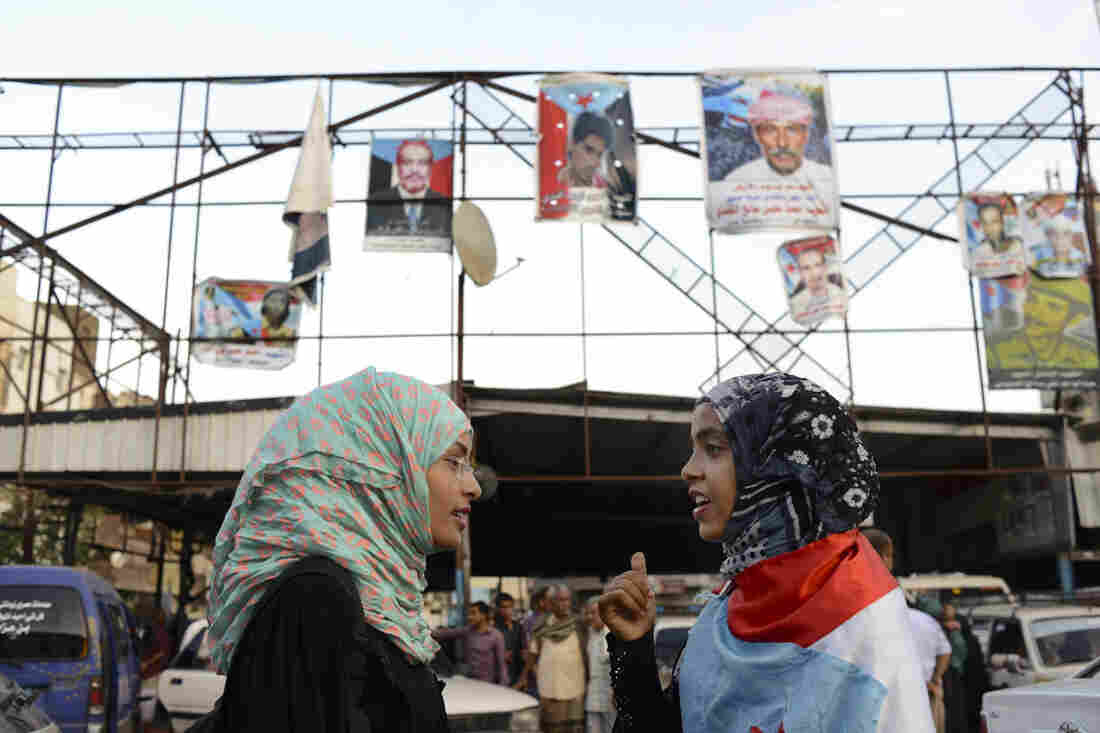 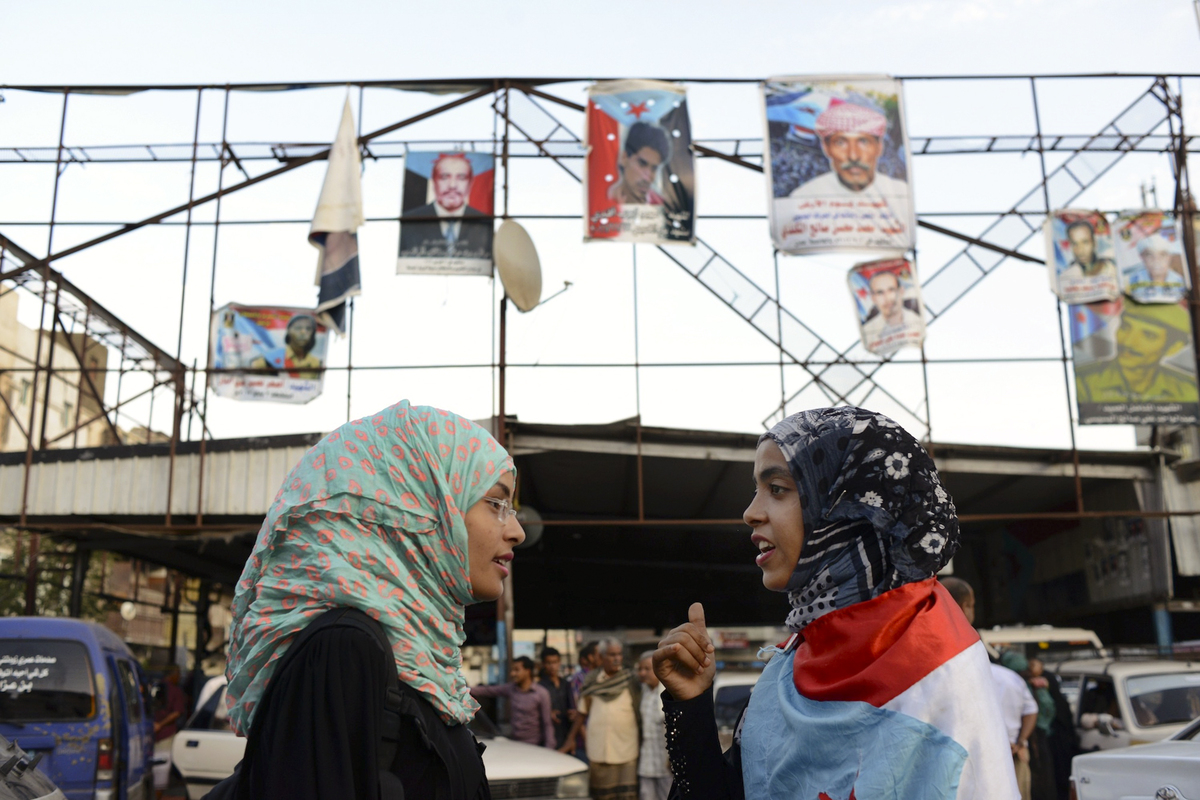 My photographs are more lively from those days. They show birthday parties, chewing qat (a ubiquitous, leafy stimulant), hiking in the green mountains, and walking through the streets at night. Boys rode four-wheelers across the desert sands. Girls from southwestern city of Taiz stayed up late during the Muslim holy month of Ramadan and the Eid holiday that followed. Yemeni women in the port city of Aden gathered on Women's Day, and took bus trips across the southern coast to Mukalla, calling for independence (there were two Yemens, north and south, before Yemen united and became one country in 1990.) 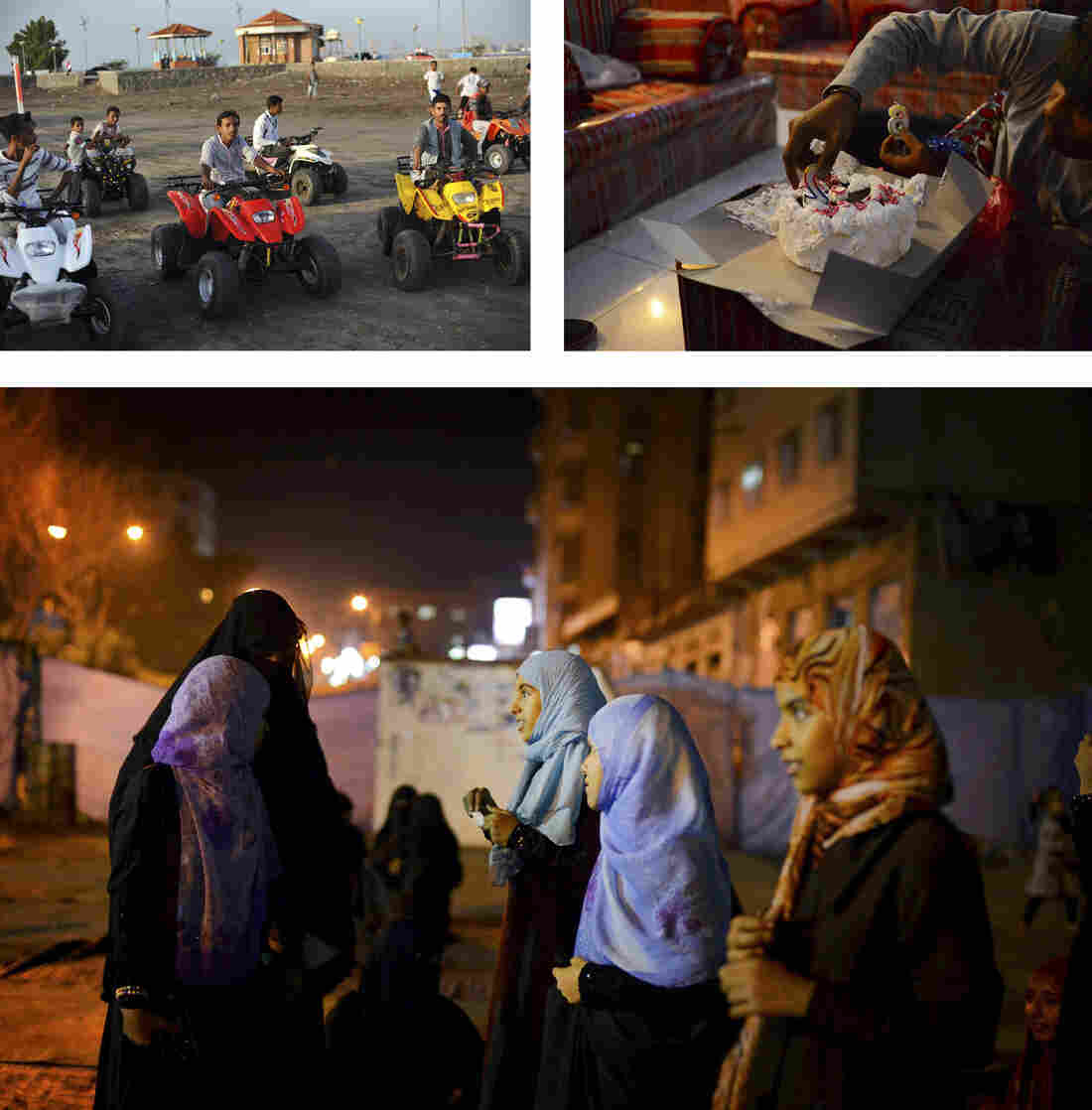 As Yemen took a turn for the worse in 2014, the country grew more insular, as did my photos. I stayed home and rarely traveled. In a place that always seemed full of light, I began to see darkness.

Friends were kidnapped, others were killed and al-Qaida grew bolder in the areas where it operates. Yemeni political leaders refused to compromise, resulting in fighting and deaths on all sides. Yet daily life carried on, adjusting slightly for political realities: children still went to school, hospitals remained open, and weddings still happened daily — though as with the woman below, fewer guest turned out than expected due to the unrest. 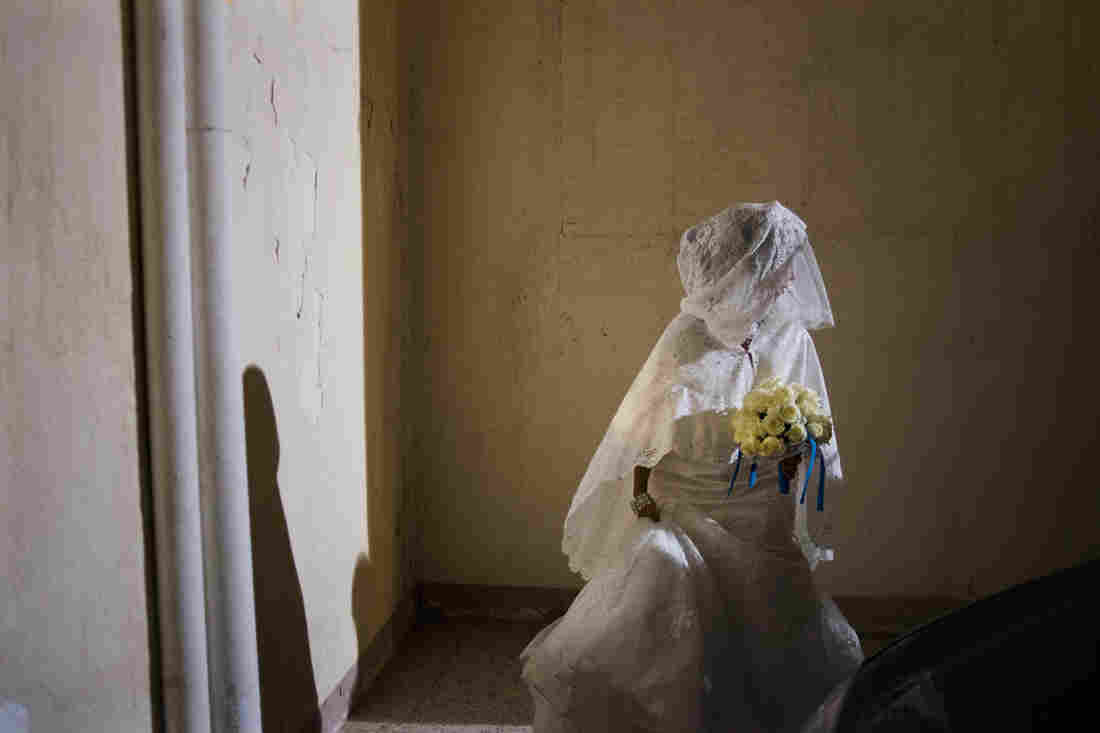 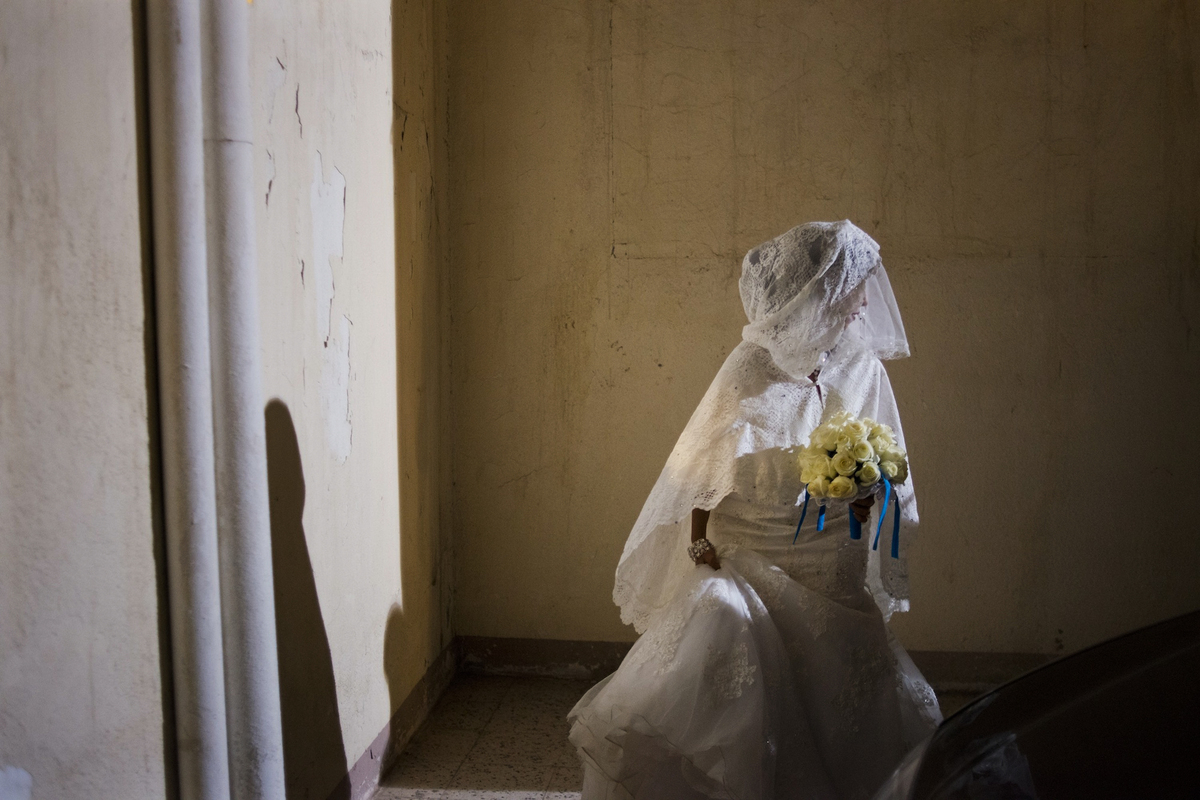 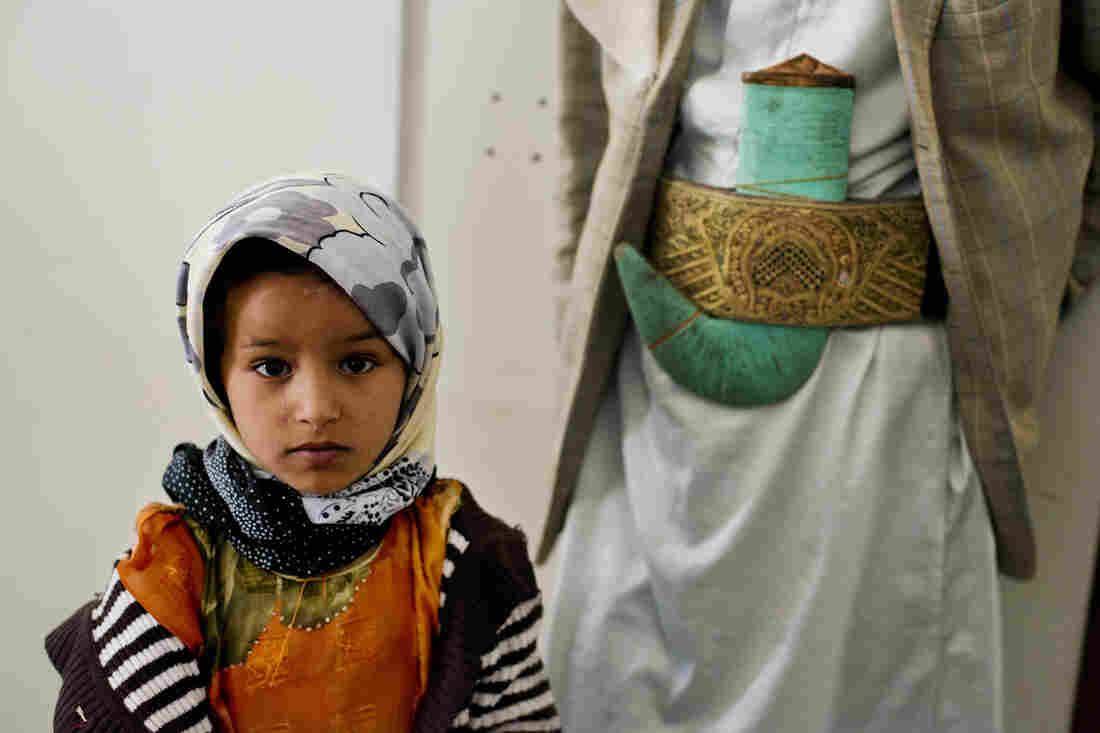 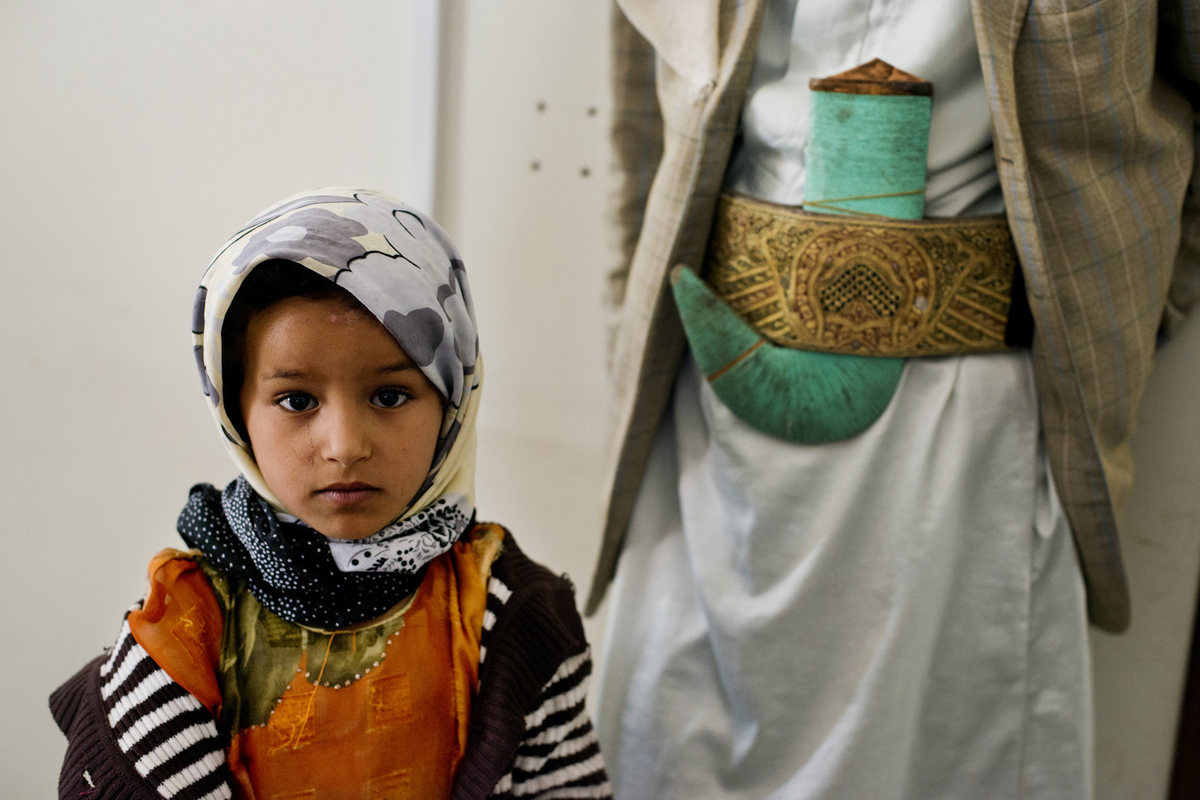 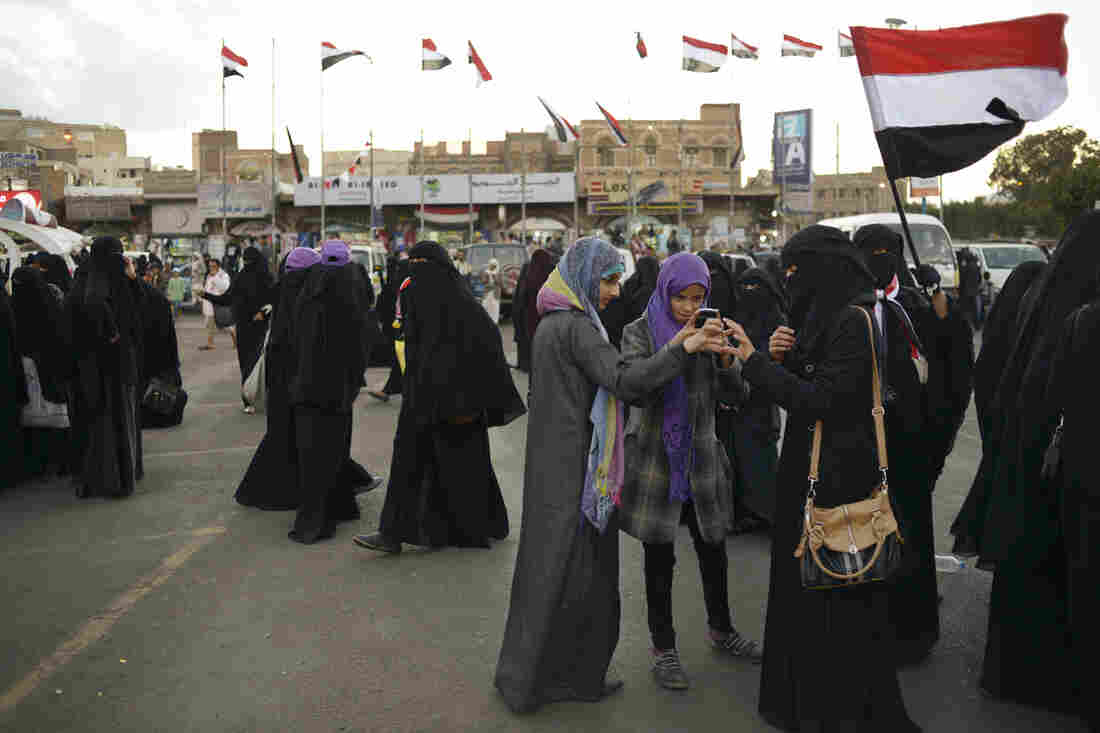 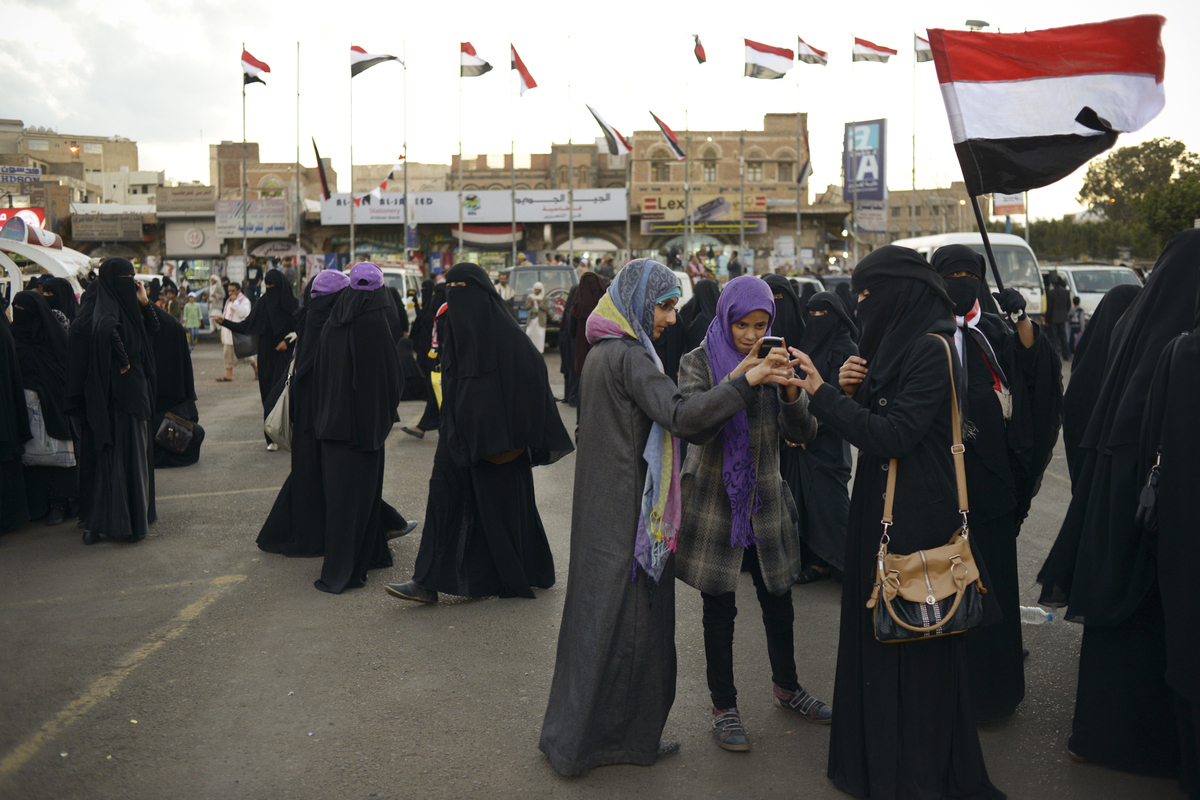 Yemen is a country that is isolated geographically. Its people are extremely independent and tend to have their own ways of working things out, whether it's personal or political. When outsiders get involved, it has often ended badly. The Ottoman Empire tried to occupy Yemen, but never fully succeeded. Egypt sent troops in the 1960s during a civil war in what was then North Yemen, but were bogged down for years.

This history has made Yemenis, and many others, deeply skeptical about Saudi Arabia's military campaign in Yemen. The Saudi airstrikes have been directed at the Houthi rebels, part of a minority group that has seized the capital and other areas. But civilians have been hit in both the north and the south, with bombs striking refugee camps, schools, hospitals, water and power supplies.

The danger now is that the war could escalate and spread throughout the country as it has in places like Syria, Iraq and Libya. My friends still in Yemen fear that the war will tear apart their country which, despite its many problems, has a rich culture, warm people and a magnetic allure for anyone who spends time there. 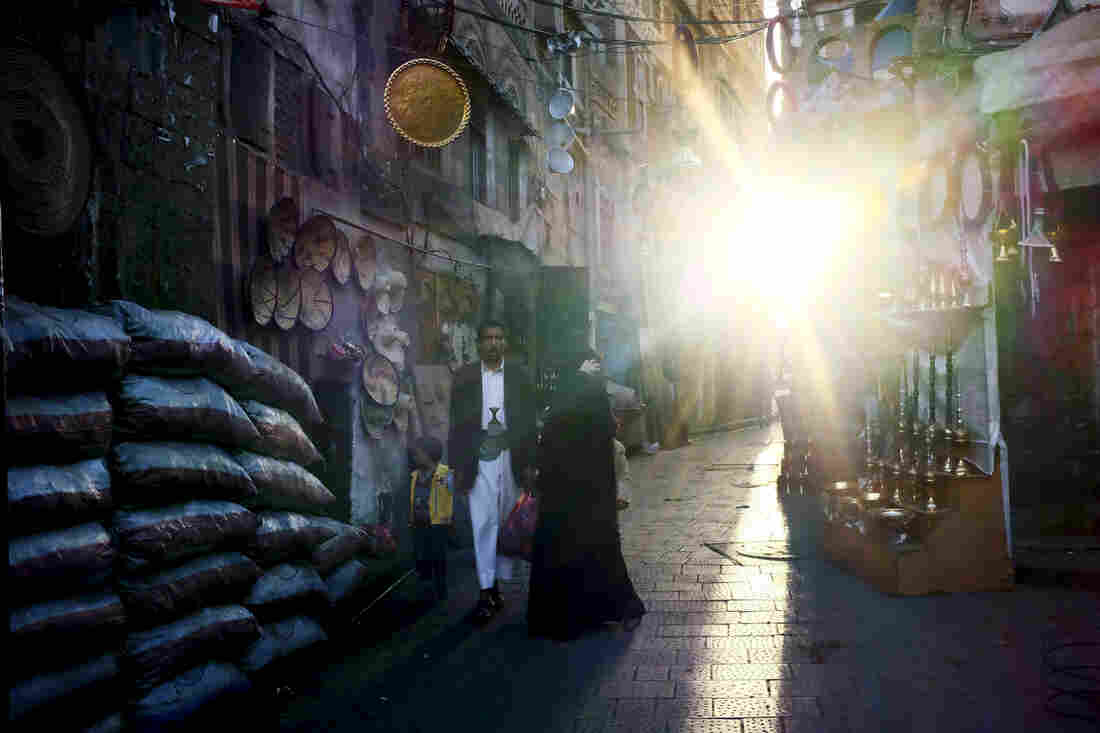 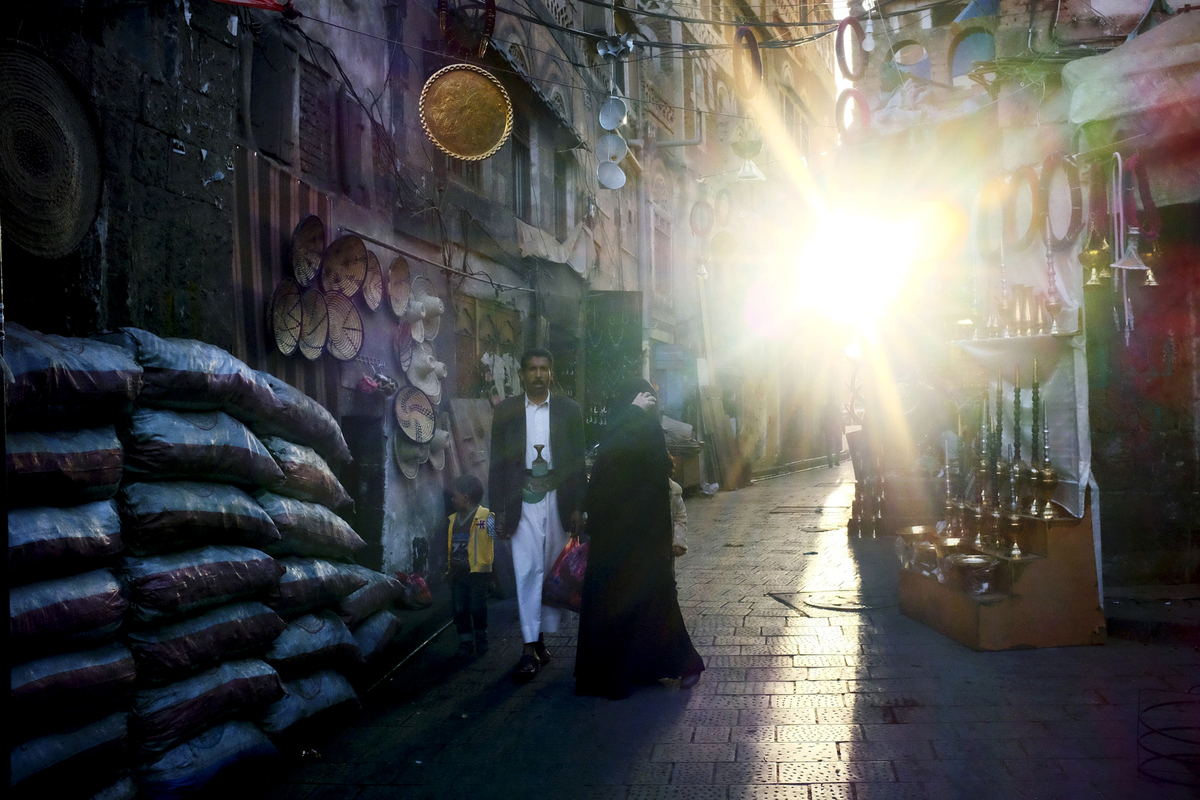