Accessibility links
Review: Surfer Blood, '1000 Palms' On its first album since leaving a major label, the Florida band sounds at once self-assured and wistful, as confident as ever and yet more careful. 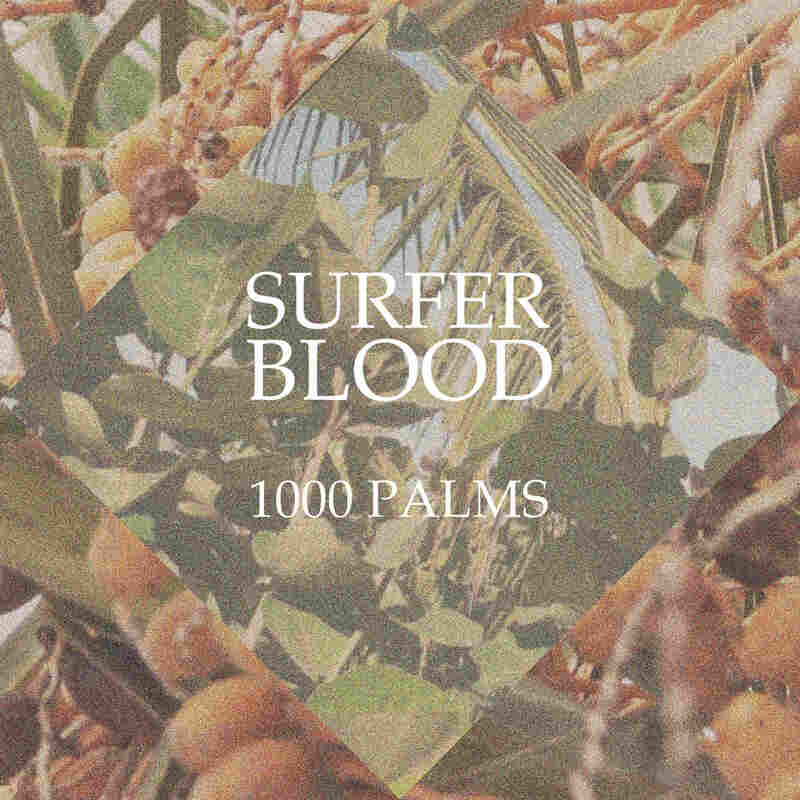 After the middling reception that greeted 2013's Pythons, the Florida band Surfer Blood parted ways with its major label and returned to its DIY roots, hunkering down in attics and parents' houses to make its third album, 1000 Palms. If you can take the band out of the professional studio, however, it's harder to take the professionalism out of the band — and Surfer Blood circa 2015 only distantly recalls the sneakily clever slacker-rock of its beginnings.

Maturation looms large on 1000 Palms, in terms of both subject matter and sonic directive: The songs here are more fractured-but-resolute love ballads than anthems to ambivalence, and the band has accordingly scaled back the Weezer worship of its prior albums, especially 2010's Astro Coast. That sound is still within earshot here, in the buzzing distortion that lines "Island" and "I Can't Explain," but it's applied with almost pointedly tasteful nuance, as if it's been wired to a dimmer switch.

Other songs explore newly ornate arrangements and instrumentation. Between the clattering drums and chirping guitars of "Point Of No Return" and "Other Distant Cities" and the pastoral lope of "NW Passage," Surfer Blood brings its core songwriting chops to new vistas, sounding like a band that's gotten off the couch, revised its résumé, visited a museum and even gone camping once or twice.

All of the above makes Surfer Blood sound at once self-assured and wistful, as confident as ever and yet more careful — a duality that finds lasting expression in the lyrics' preoccupation with romance in the context of time passing. (Try keeping track of how many times you hear the word "today.") Sentiments like "I've got plenty of time to kill / and you know that I will" may sound youthful, but the band behind 1000 Palms is fully aware that youth fades; that relationships are fragile; that time isn't an inexhaustible resource. The neatest trick is to make the songs sound like they know it, too.