Accessibility links
Soul Singer Jerry Lawson's 'Just A Mortal Man' Almost Came True "Boy, the truth of that song really came out," says the 71-year-old soul artist and former lead singer of The Persuasions. He spent three months in a hospital due to an infected esophagus. 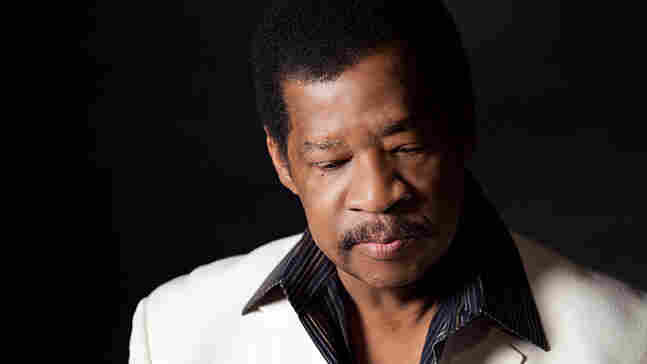 The 71-year-old soul-singer Jerry Lawson had spent three months in a hospital due to an infected esophagus, and when got out, he wasn't sure how his voice would sound. Courtesy of the artist hide caption 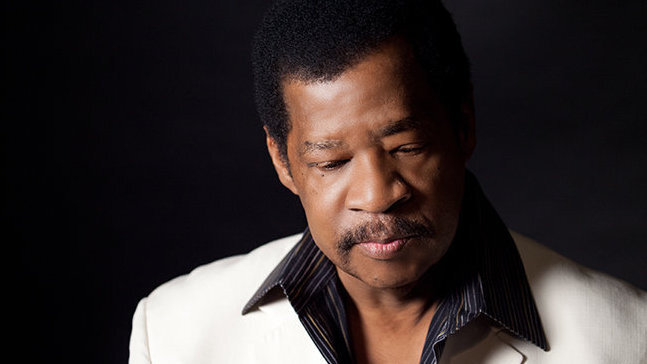 The 71-year-old soul-singer Jerry Lawson had spent three months in a hospital due to an infected esophagus, and when got out, he wasn't sure how his voice would sound.

At an age when most people are slowing down, soul singer Jerry Lawson is releasing his first solo album, Just a Mortal Man. The 71-year-old Lawson was the lead singer of the Persuasions, a Brooklyn-based a cappella group, for four decades. On his new record, the title turned out to mean more than he expected.

The Persuasions didn't plan to be an a cappella group. Lawson says they just wanted to sound like The Temptations or The Impressions. "We were like any other group," Lawson says. "And the guitar player, he wouldn't show up a lot of time for a lot of gigs. And really that's how we started singing a cappella. It was luck, you know. Fate, you might say."

The Persuasions got together in the mid-1960s, and they started out singing in a park in Brooklyn. "It was like 40, 50 guys in the park," Lawson says. "And we would sing and sing. And out of those 40, 50 guys, there were some voices that sort of stood out. And it was the five guys. "

Lawson sang lead, Joe Russell tenor, Jimmy Hayes bass, Herbert Rhoad sang baritone and Jayotis Washington sang tenor and baritone. The Persuasions got their first record deal from Frank Zappa, who signed them after hearing them sing over the phone. They released dozens of albums over the next three decades, reaching beyond soul and doo-wop into pop, folk and rock.

Eric Brace was working as a music journalist at The Washington Post when he wrote a short preview of a Persuasions concert about 15 years ago.

"The Persuasions did it better than anybody I'd ever heard," Brace says. "There was something about all these voices together that just made my head explode. And it was primarily Jerry's leading that really got into my bones."

Brace said that Jerry Lawson was his favorite soul singer since Sam Cooke. "And a couple of weeks later, I got a really nice letter in the mail from Jerry Lawson saying thank you for those kind words," Brace says. "And we kind of became pen pals, and then we became friends."

They agreed to make an album together someday, but someday kept getting pushed off. Lawson quit The Persuasions in 2003 and moved to Arizona. Four years ago, he appeared as a contestant on NBC's The Sing-Off fronting another a cappella group, called Talk of the Town.

The show's judges loved it, including Ben Folds.

"The unfair advantage you have is that you own your genre. And you're sitting in it. That's not fair," Folds said.

Lawson and Talk of the Town didn't win the competition, but millions of people saw him on TV, including Brace. By then, Brace was working as a full-time musician in Nashville, and running his own record label. He called Lawson to see if he was still interested in making that solo album.

"He works his voice like an instrument more than any singer I know," Brace says.

Brace produced Just A Mortal Man, and helped pick the material, including songs by Robert Hunter and Paul Simon.

"When we were making this album, he approached every song with an incredible dedication," Brace says. "And worked on his part more than any musician I've ever worked with. He knew exactly what his phrasing was gonna be."

One of the songs almost turned out to have too much meaning — the title track, "Just a Mortal Man." After finishing the record last year, Lawson went into the hospital.

"I just went to get it two new knees. And I come to find out I had an infection that had poisoned my whole body," Lawson says.

Doctors discovered that Lawson had a torn esophagus that had become infected.

"When you're laying in that hospital bed man, and you can't even clean yourself, you can't even feed yourself. Boy, the truth of that song really came out.

"I was alright. But when the priest came in and he started doing the domine domines, and had on the white collar and everything. And I said to myself, 'I might not even be here long enough to even hear this album come out.' "

Lawson spent three months in the hospital. When he got out, he wasn't sure how his voice would sound.

"When I got back to myself, that's one of the first things I did. I wanted to see if I had the big voice. And I said, "Oh, wow, I still got it. Thank God,' " Lawson says.

With his album out this week, Lawson is getting ready to play some concerts. Even after half a century in the music business, he says it's a thrill to see his own name alone on the marquee.

A lot of people may be wondering what took him so long.