Accessibility links
From Bond Girl To Medicine Woman: Jane Seymour's Big Break The actress is best known for her role as Dr. Quinn, the physician on the American frontier. But her big break came years before, when she played 007's tarot-reading love interest in Live and Let Die.

Long before she made it in Hollywood as a symbol of the American frontier, Seymour was a little-known British actress. She met with two movie producers in England who were working on a new James Bond film — 1973's Live and Let Die.

They needed a Bond girl, and they invited Seymour to audition. 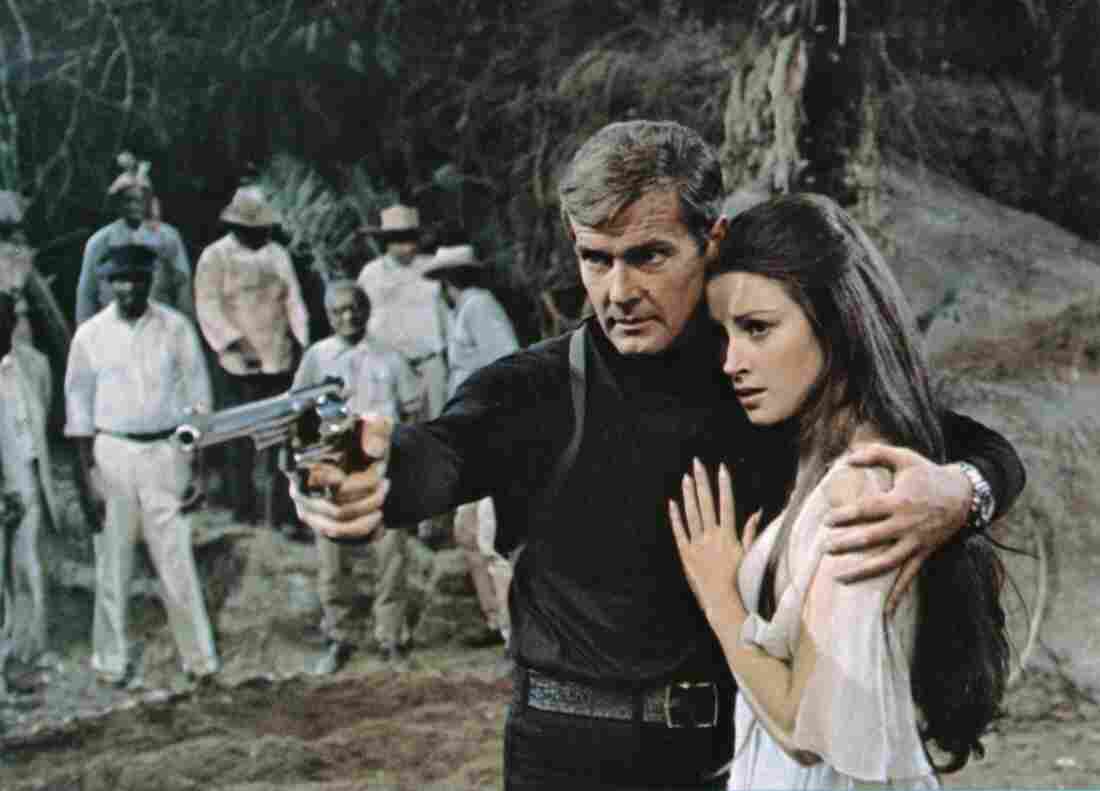 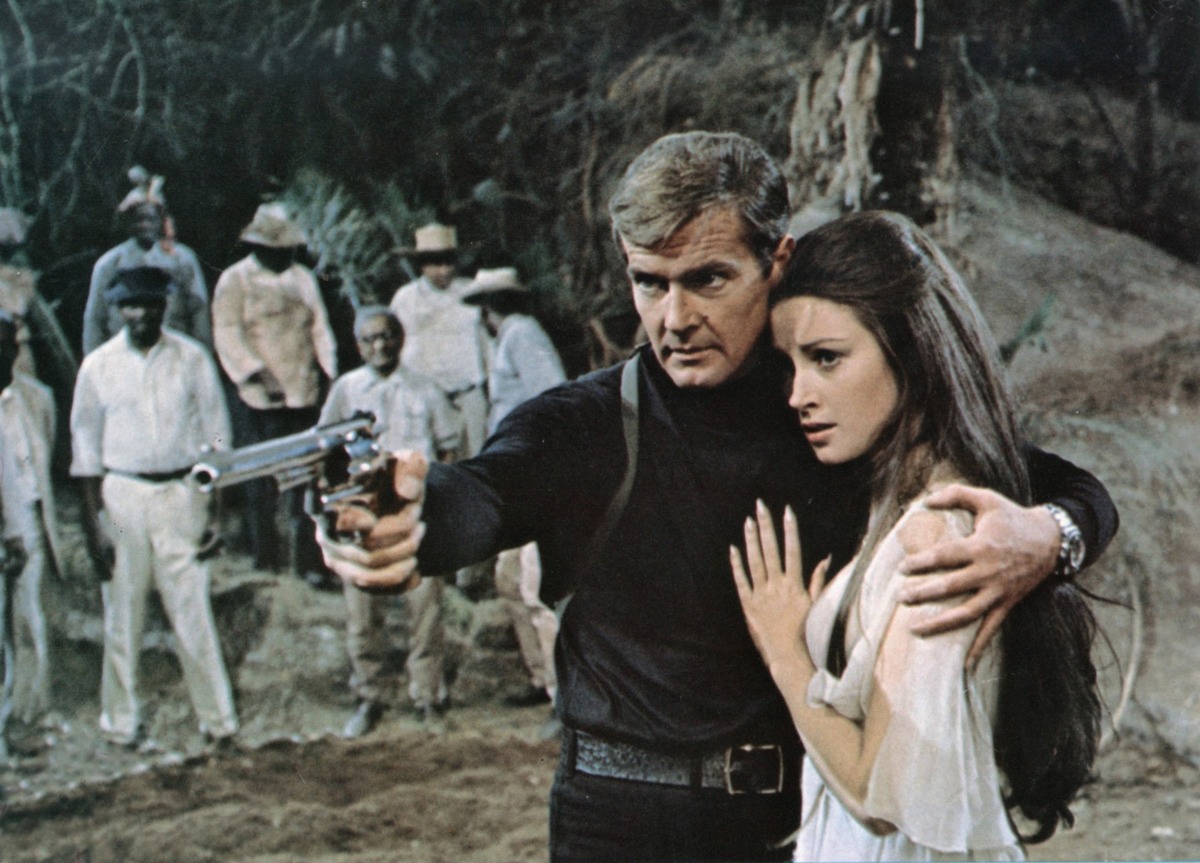 Roger Moore and Jane Seymour in Live And Let Die.

"I was wearing a coat with a fur collar and a fur hat," Seymour says. "The idea being to keep my hair off my face and then when I took the hat off, my hair-- which was very long and I sat on in those days — came tumbling down."

Seymour credits that hair-tumble for getting the role of the tarot card-reading psychic Solitaire. The producers hired her on the spot.

"All I remember [about] doing the Bond film was it was such a big deal," she says. "It was Roger [Moore]'s first one and I really became very good friends with the stuntmen."

That's because Seymour did her own stunt in a high-speed chase scene. James Bond drives a double-decker bus under a low-hanging bridge while Solitaire sits inside. As they drive under the bridge, the top of the bus gets torn off.

"The idiots put me in the bus," she says. "I mean, Roger [Moore] wasn't there, no one else was there ... It could've been anybody could have played that. But I was in there and I said, 'Have you done this before?' And they went, 'No, we did it mathematically. We hope it works. Action!' "

Luckily, the stunt was flawless and her role as Solitaire became her big break.

I came to America with no work permit, no agent, nowhere really to live, and within six weeks I got my first role.

Jane Seymour on moving to Hollywood

"It wasn't really hard to get roles directly after that," she says. "I met Renée Valente, who was a casting director at the time. And she said, 'If you can lose your English accent, you would do very well in America.' "

Following Valente's advice, Seymour brushed up on her American accent and moved from England to Hollywood.

"I came to America with no work permit, no agent, nowhere really to live, and within six weeks I got my first role," she says.

It was in the 1976 mini-series Captain and the Kings.

"I became labeled as the 'queen of the mini-series' because I did one mini-series after another," she says. "Basically, I worked consistently and usually with a different American accent every time."

While Seymour may have been at the top of her career, she was also in crippling debt — and didn't even know it.

"I'd been married to one of the top business managers and one day I found out that I was completely beyond bankrupt," she says. "Like $9 million in the red with lawsuits from every major bank including the FDIC." 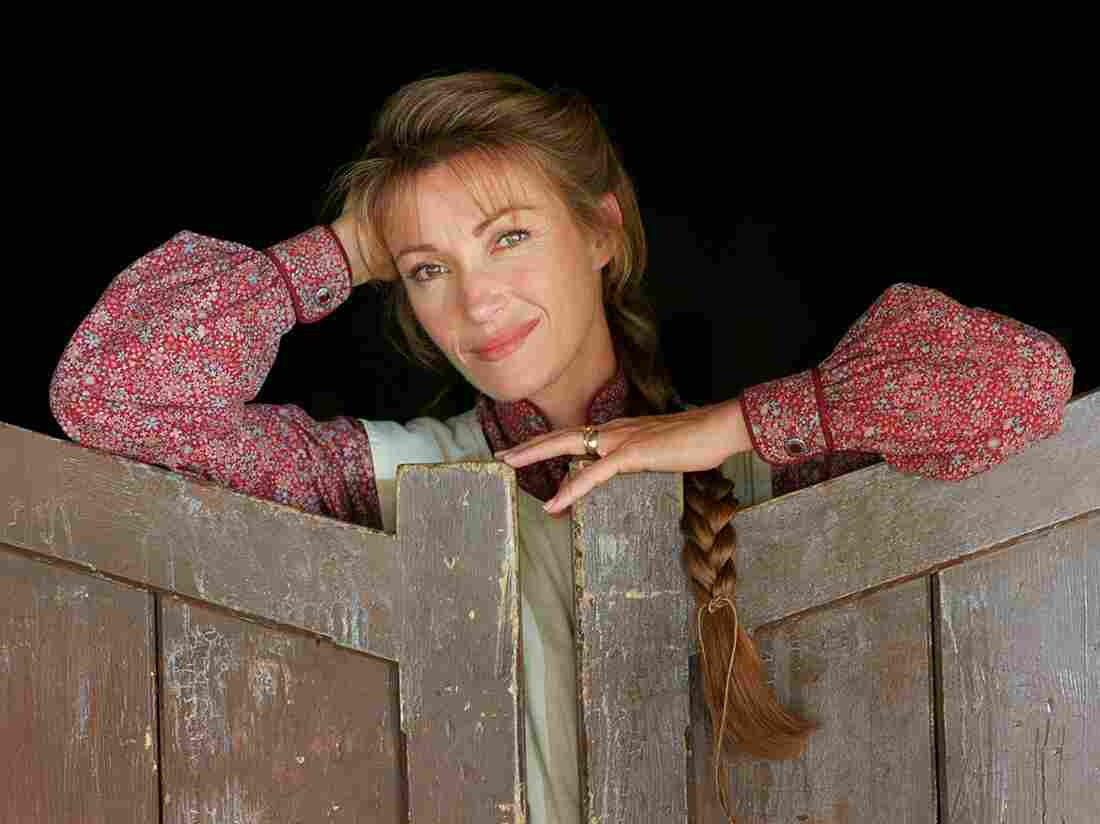 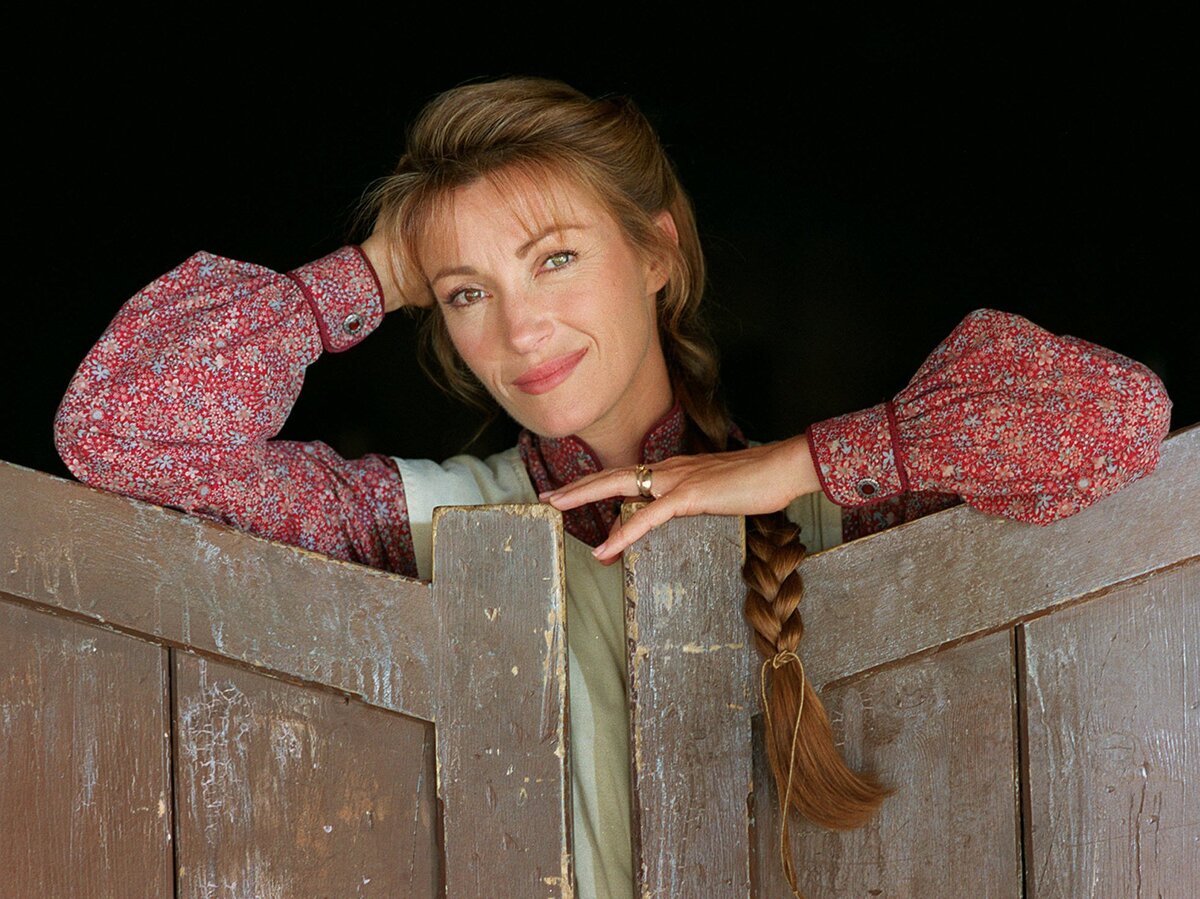 At the time, she says she had no idea what happened to her money.

"I was married to a financial expert so when he said, 'Sign here,' I did. Of course, it was the housing market, and he'd been getting me to personally sign," she says.

On the verge of losing her house and with two children to take care of, Seymour was desperate for more work.

"I called my agent and I said, 'I will do anything. Please tell the networks,' " she says.

CBS came back with a pilot called, Dr. Quinn, Medicine Woman. Her agent told her that she'd have to commit for five years and sign the contract by the following morning.

The lead role of Dr. Michaela "Mike" Quinn wasn't a promising one, either. Seymour says no one believed in the show. They told her it would never work.

But the show was an instant hit and Jane Seymour became a household name.

"One of the proudest things I've done is Dr. Quinn, Medicine Woman. It was such a remarkable series," she says.

"I've had the privilege of playing leading ladies, victims and then of course evil people — I'm very good at evil," she says. "I love acting."

We want to hear about your big break. Send us an e-mail at mybigbreak@npr.org.