Accessibility links
A Landscape Of Abundance Becomes A Landscape Of Scarcity Photographer Matt Black spends his days capturing images that illustrate the impact of the drought on people living in California's Central Valley. 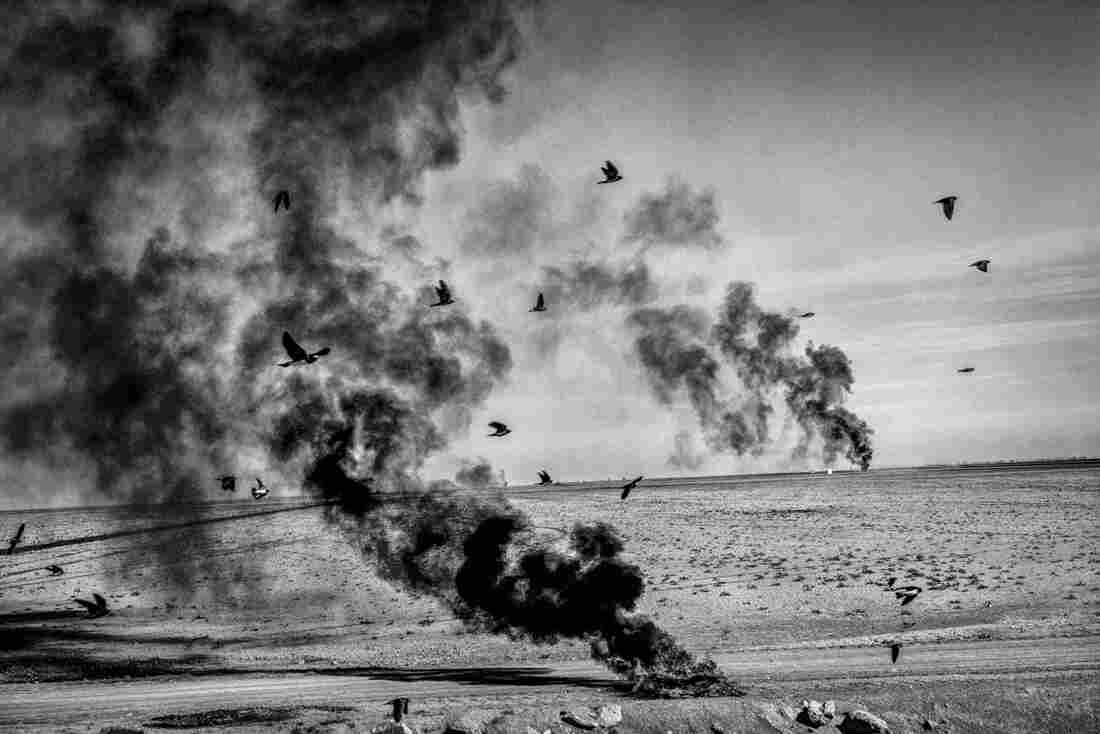 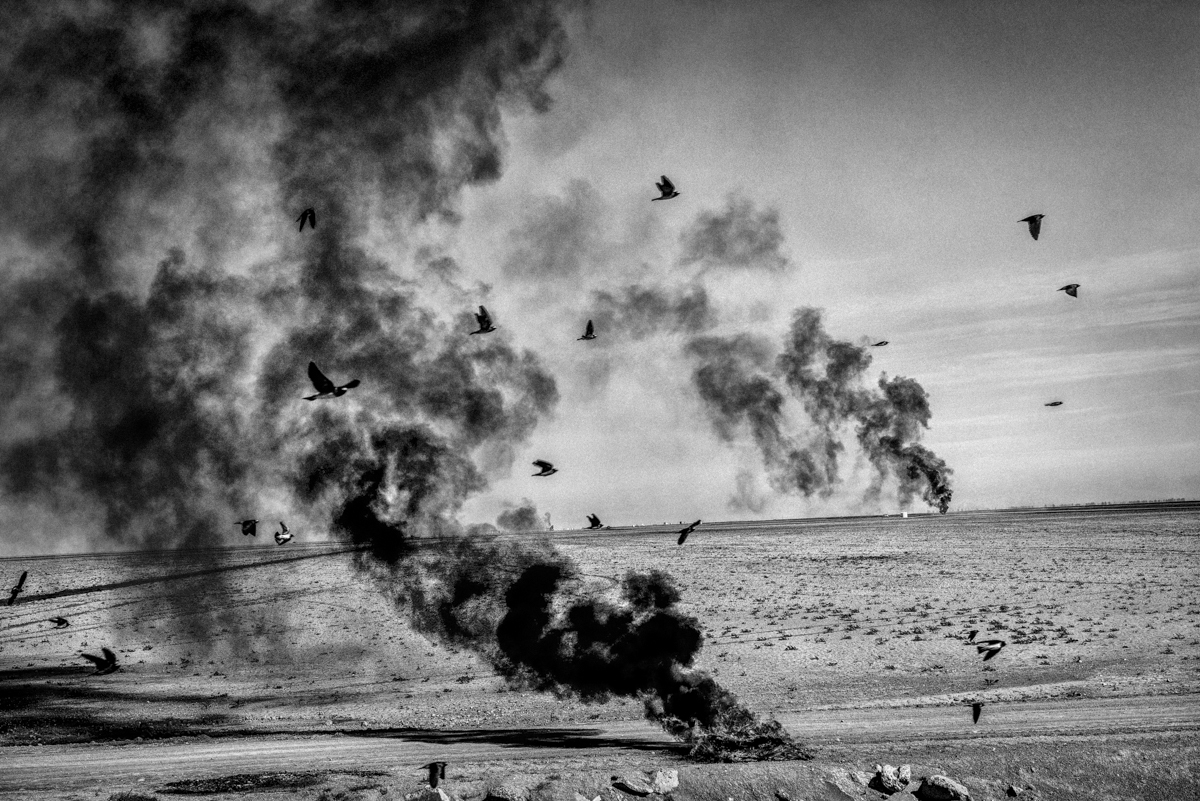 "This landscape has been humbled."

Photographer Matt Black grew up in California's Central Valley. He has dedicated his life to documenting the area's small towns and farmers.

Last year, he says he realized what had been a mild drought was now severe. It had simply stopped raining.

"It was kind of a daily surreal thing to walk outside," Black says. 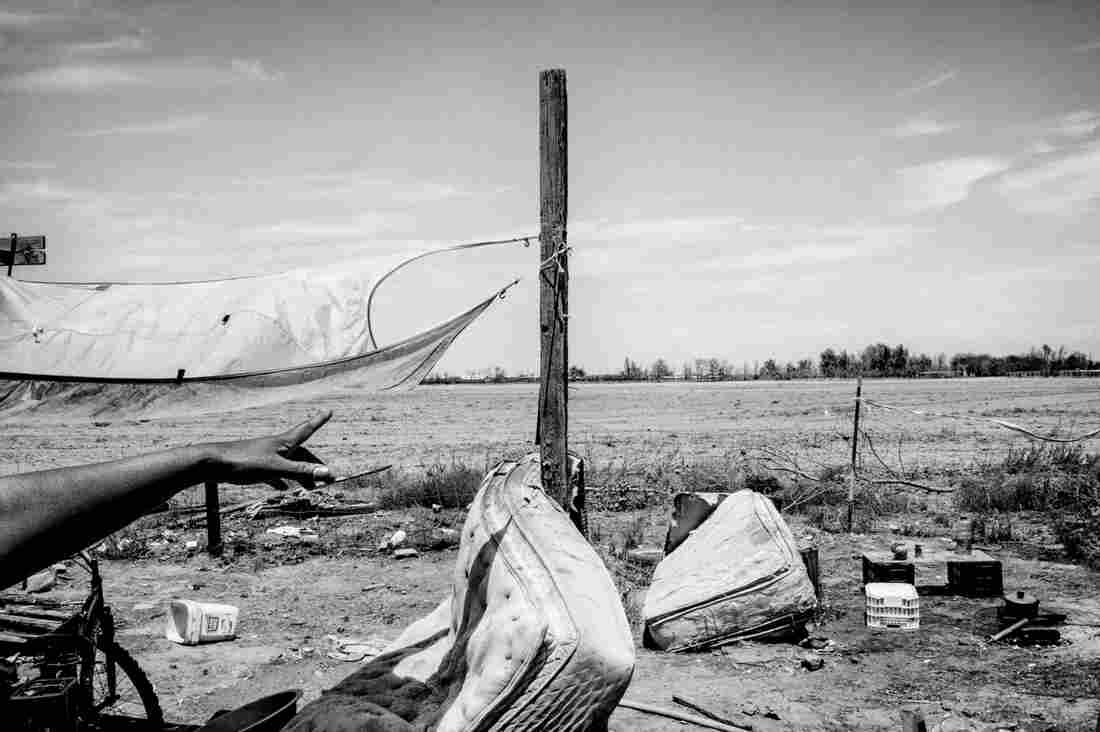 The Central Valley makes up less than 1 percent of U.S. farmland, but grows a quarter of the nation's food. Black says if the drought continues, it could be a problem not just for the state, but the entire country. 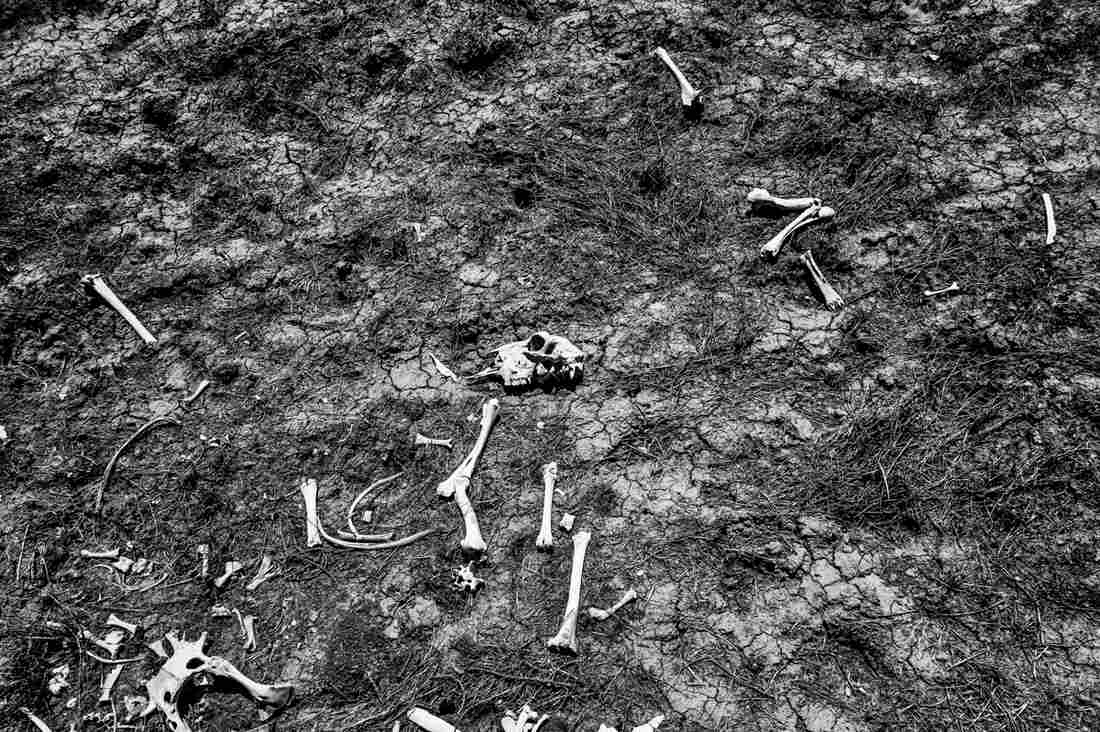 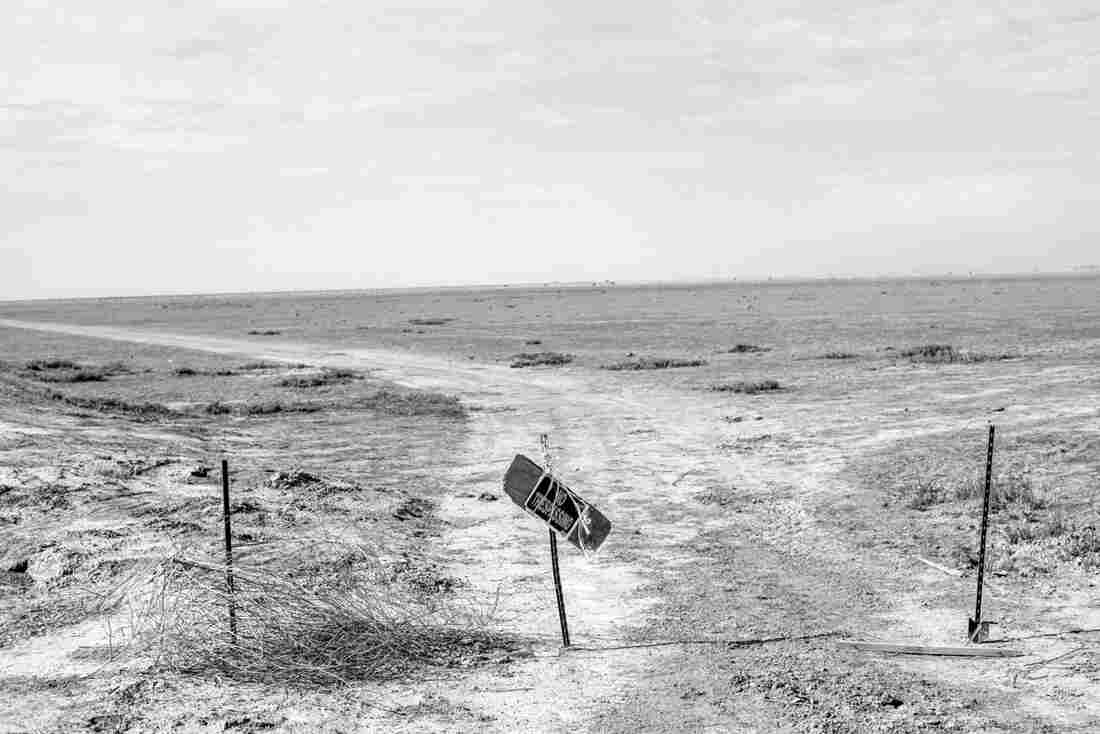 His images show a region covered with dust and tumbleweeds. "It strikes you kind of at a very visceral level to go to a place that not too many years ago was green and lush and full of food," he says. "This landscape has been humbled." 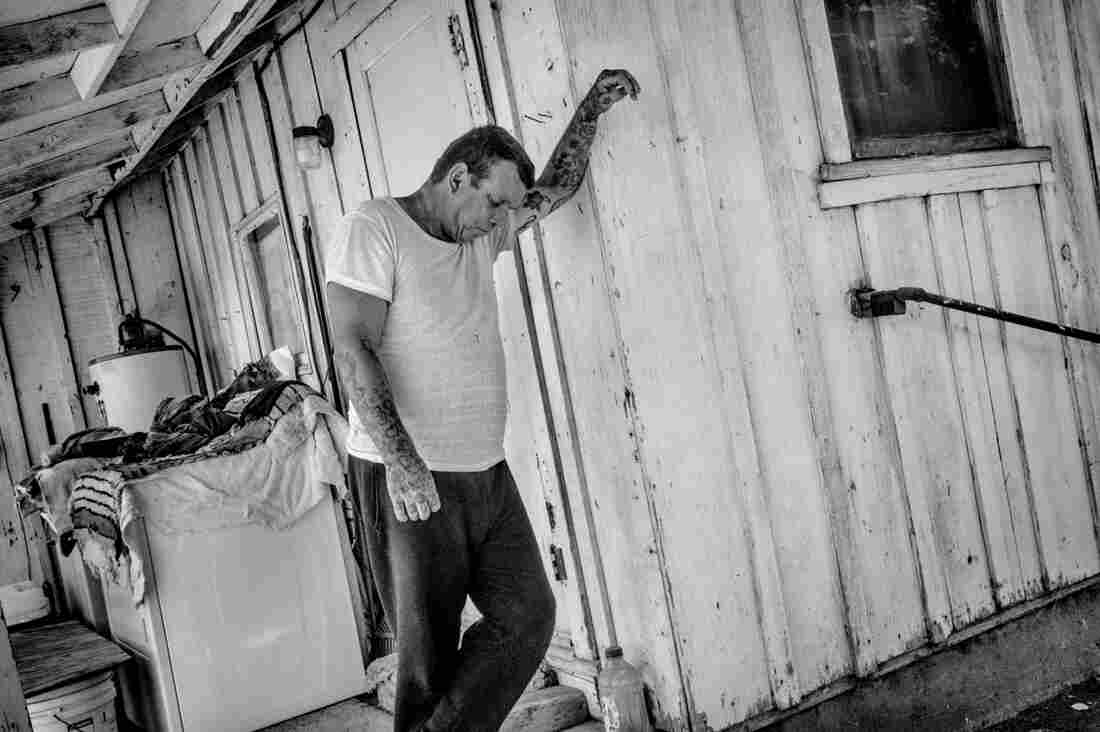 The focus of Black's photography, he says, is on documenting the drought's impact on communities that he believes rarely receive the attention they deserve.

Sheep farmers, for example, have worked in the Central Valley for generations. Now, their industry could meet its end within a matter of years, in part because of the drought. 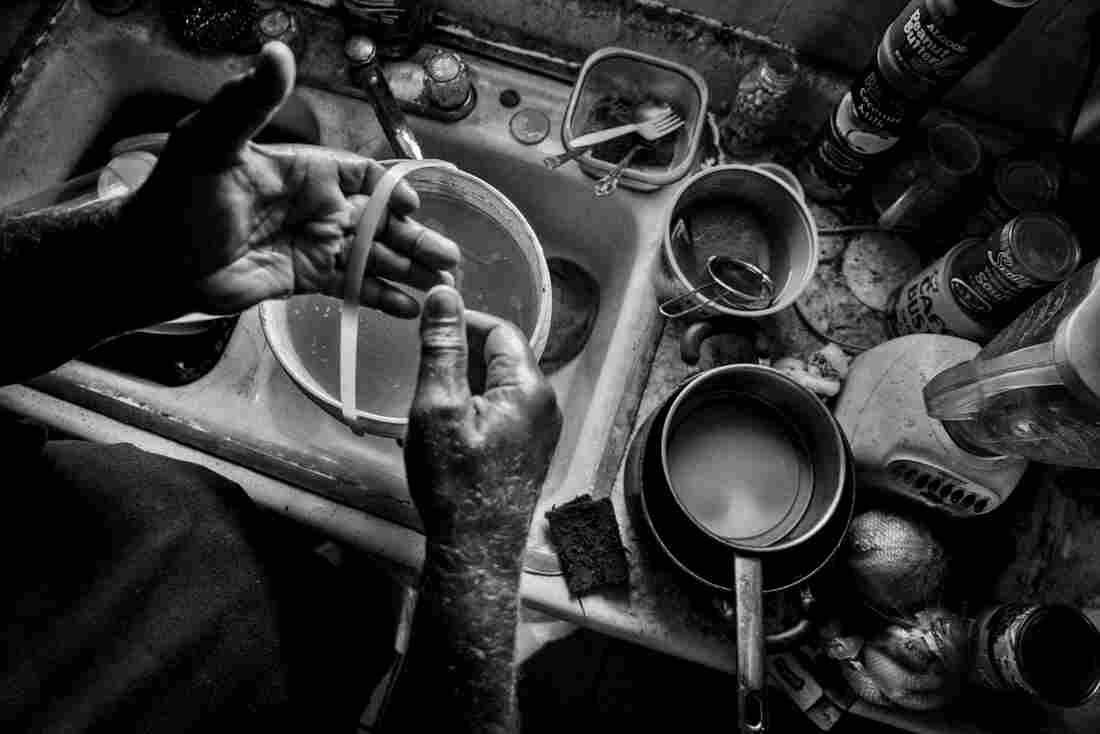 For farmers, it's a yearly struggle to bring in these crops even under the best of circumstances. Still, he says, people aren't giving up. 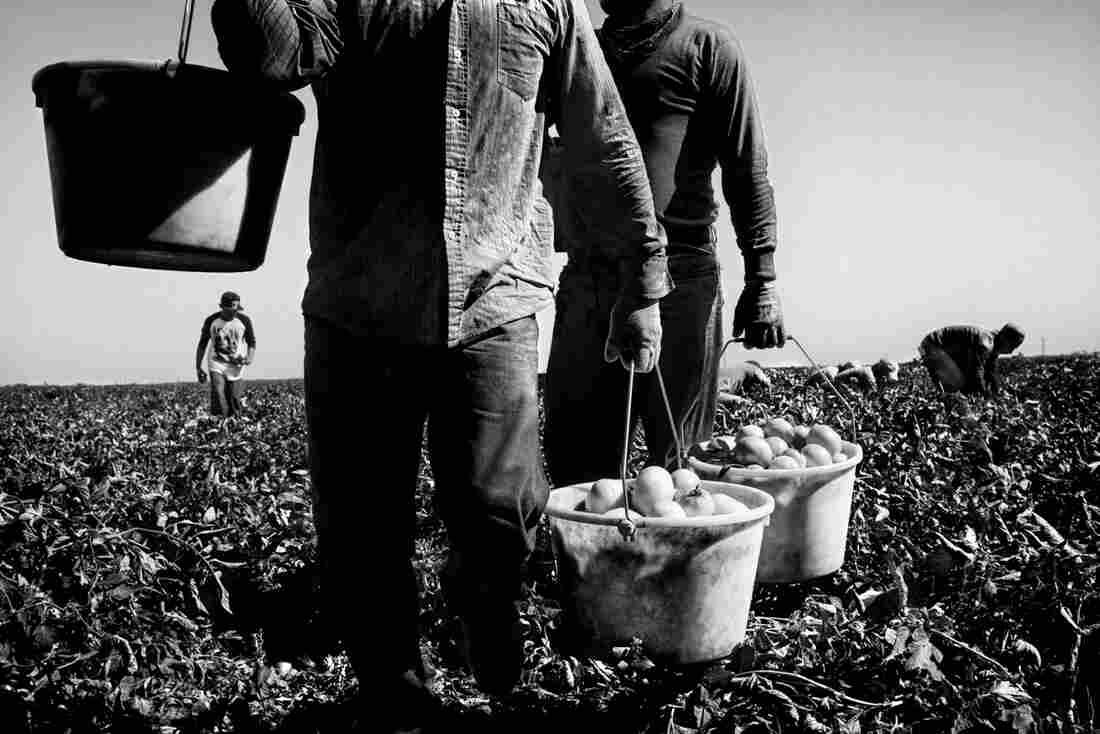 "People are not folding up and moving out," he says. "They are trying to figure out a way to make it work. I think the hope really lies in that."