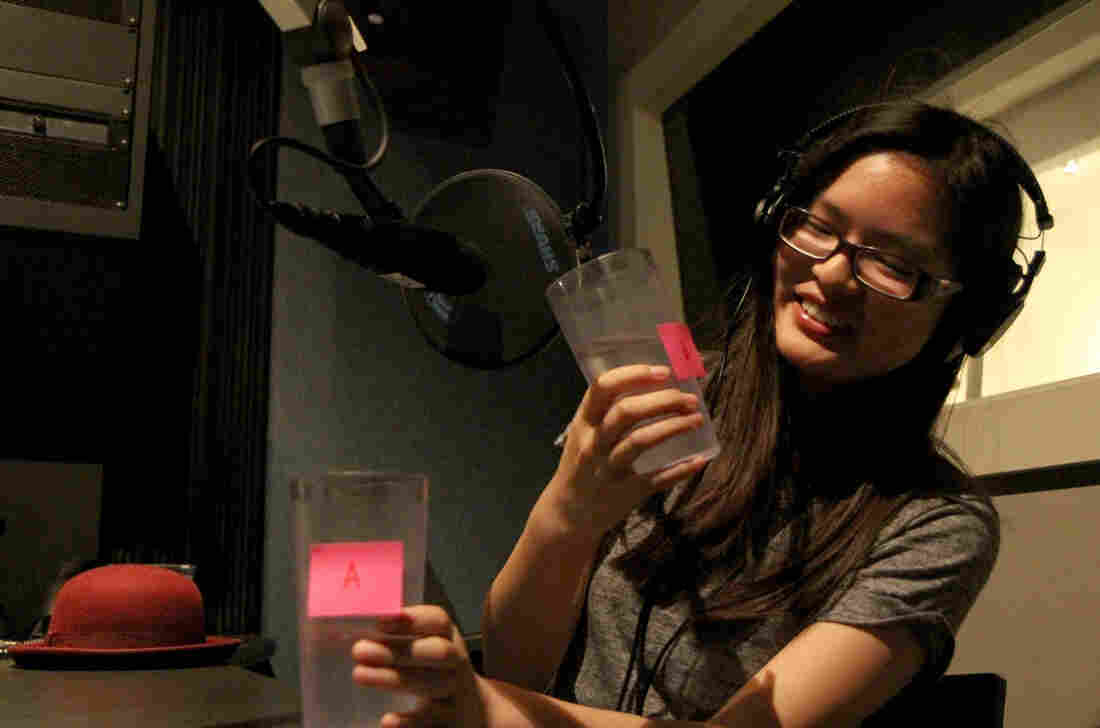 After teens noticed a change in the tap water in Oakland due to the California drought, 17-year-old Amber Lee took a tap vs. bottled water taste test in Youth Radio's studios. Jenny Bolario/Youth Radio hide caption 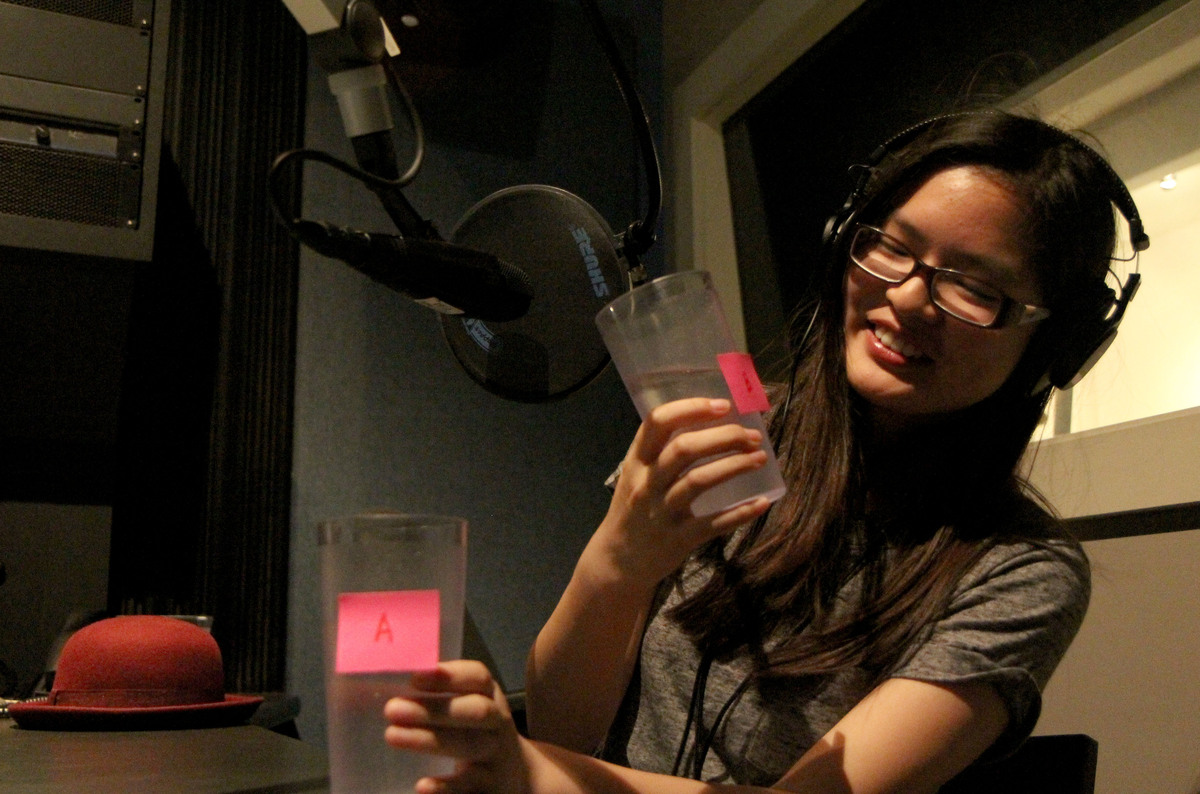 After teens noticed a change in the tap water in Oakland due to the California drought, 17-year-old Amber Lee took a tap vs. bottled water taste test in Youth Radio's studios.

A shower is my favorite part of the day. It helps me face school in the morning, or relax in the evening. Even so, I know that with California's four-year drought, long showers are a luxury that we can't really afford anymore. So I decided to time myself to see how long I was taking.

With new restrictions mandated by Gov. Jerry Brown, a recommended shower is five minutes now — I'm nowhere close. I timed a recent shower on my iPhone. It was about 13 minutes. That was a long shower. Even for me, and I need to do better.

I'm 17 years old, and for all of my teenage years, my state has been short on water. How bad is it? It's not just shower water we have to think about. Recently, we had an unexpected change in our drinking water.

When we first noticed the change, my friends Soraya Shockley, Amber Lee, Dayonna Martin and I conducted a little experiment.

"I am looking at two cups in front of me," Soraya said. "One says A; one says B. They look like normal glasses of water."

Tap water in Oakland has typically been as good as any bottled water you could buy in the store. You could barely tell the difference between the two.

When my friends tasted the bottled water in cup A, they all pretty much said the same thing as Amber: "I don't really taste anything."

But when it came to water from the tap in cup B, their reactions were very different.

Dayonna agreed, adding: "It tastes like there's something in B that's not in A."

"It tastes like it's got more minerals. It doesn't taste as clean," Soraya said. "Like someone put something in it, there's like a different texture to it."

Normally our tap water comes from the bottom of our reservoir. Clean, fresh, cold water — which is a key element for salmon to spawn. With water so limited, the water district decided it needed to preserve that cold water for the salmon.

So last month, it started taking water from a higher part of the reservoir instead — where the water is warmer. And that made a big difference.

"There was a change in the taste and odor and we heard from our customers loud and clear," said Abby Figueroa, spokeswoman for the East Bay Municipal Water District where our water comes from. Figueroa told us that the warm water we were left with was more susceptible to algae blooms.

"Even though the algae is filtered out at our treatment plants," said Figueroa, "it does leave behind a different taste and odor profile."

Not exactly what we're used to here in the San Francisco East Bay. Figueroa says that so many customers complained, the water district recently reverted to using water from the bottom of the reservoir. But it's a temporary solution.

"This is a really bad drought," said Figueroa. "It's never been this bad. We've gone back to the drawing board and looked at are there any other options. There aren't many, though. We're no longer in a normal situation for our water supply."

Adults may have a hard time adjusting to the change, but for teens like me who grew up with the drought, this is our new normal.

"I want to be able to live in California," said Soraya, "that's a mixture of desert and beautiful, lush evergreen forests, but you know."

We're realists. We've seen the impact of the drought firsthand for a large portion of our lives.

The water district doesn't track usage by age, so it's hard to know if teens are part of the problem or the solution. Either way, we'll have to continue adjusting, because someday, funky-tasting water may be the least of our problems.

This story was produced for Morning Edition by Youth Radio.