After 'Life,' 'A God In Ruins' Picks Up The Epic Tale Of The Todds

After 'Life,' 'A God In Ruins' Picks Up The Epic Tale Of The Todds 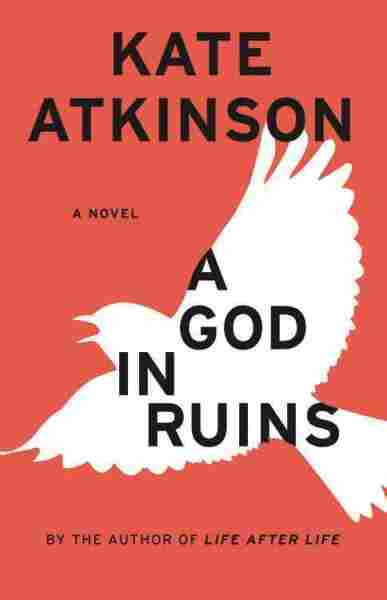 A God in Ruins

The moment in Kate Atkinson's A God In Ruins when protagonist Teddy Todd lies to his granddaughter about an old photograph isn't a grand climax. It happens in passing, in half a sentence: She asks about the stain on an image of Teddy and his long-dead wife Nancy. It's actually the blood of one of his World War II air crew, who died in his arms after their plane was shot down. But Teddy claims it's tea, "not because she wouldn't have been interested but because it was a private thing."

It's only a tiny coda to the vivid story of the plane crash and the gunner's death, but the exchange still feels central to A God In Ruins. Atkinson's companion novel to her 2013 best-seller, Life After Life, brings back familiar characters and invents many new ones, but to different ends. Life After Life explored human potential through a sophisticated version of a Choose Your Own Adventure story, with protagonist Ursula Todd dying over and over, then continuing through iterations of lives where she made different choices or had better luck.

A God In Ruins isn't about the freedom of options, but about self-imposed barriers. Ursula's brother Teddy, who died in the war in her story, gets his own chance to live an alternate life in this novel. But his stoic, British inability to open up to people shuts down many of his potential paths.

That also applies to the rest of his family, as the book stretches out over close to a century of his life. His wife Nancy is self-contained and secretive, and their relationship is cordial rather than passionate. Their only child, Viola, is a blindingly selfish, hateful author who never learns to see Teddy as a person. Viola's self-styled artist husband Dominic is an overgrown child, and their neglected kids Sun ("Sunny") and Moon ("Bertie") grow up half-feral on a commune, with Sunny in particular clinging to anyone who shows him kindness. All these characters falter and fail when communicating with each other, and Atkinson loops back to catch scenes from different viewpoints, to show how dishonesty, insularity or mistrust makes them misunderstand and judge each other.

Atkinson never underlines this point, any more than she overexplains Ursula's reincarnations as part of an authorial philosophy. She just observes her characters in compelling detail, through scenes that sometimes connect — as Teddy's experience flying a bomber for the RAF links with his aimlessness before World War II, and his grief afterward — and sometimes seem disjointed, even random. This is a sprawling, epic novel, and sidebars like Sunny's miserable experiences with Dominic's abusive family seem discursive and distracted. But Atkinson connects with Sunny's emotions so closely, and with the specifics of his story so naturally, that even the most seemingly irrelevant byways become entertaining.

And slowly a pattern emerges, of telling, crippling silences. The novel doesn't suggest a straight line between the muteness of these family members; Atkinson is herself silent about whether emotional barriers are genetic or learned from one generation to the next. But the characters' inability to express their thoughts takes a heavy emotional toll. By contrast with the outgoing, expressive, risk-taking Ursula — who makes many cameo appearances, often with little in-jokey references for readers — Teddy and his family feel like smaller, more stifled people, even as their story stretches out to a much broader range.

A God In Ruins lacks Life After Life's mysterious central gimmick. It has one of its own, but it's a disappointingly familiar literary trope that feels like an afterthought when it emerges abruptly in the last three pages. Instead, the book's strengths come from a scale that dwarfs even Life After Life's seemingly infinite possibilities. Both novels spread across generations, tracking the changes decades bring to societies and individuals. Both delve deeply into the experience of war, the pain of the aftermath, and the way history casually swallows so many deeply personal details.

Where Life After Life focuses on the flow, its companion volume is more staccato. In its wandering, A God in Ruins expresses the ways lives can be seen close up, in seemingly unconnected individual moments, or from a distance, as a series of through-lines. Each viewpoint loses crucial information. But each one is equally useful in exposing the Todd family's concealed inner workings. They're private people, but Atkinson's book gets its impact from peering closely at all the things they keep hidden.