Accessibility links
Amy Schumer Puts Her Own Looks On Trial On Tuesday's Inside Amy Schumer, an episode-long parody of 12 Angry Men asked the question: Is Amy Schumer hot enough to be on television? 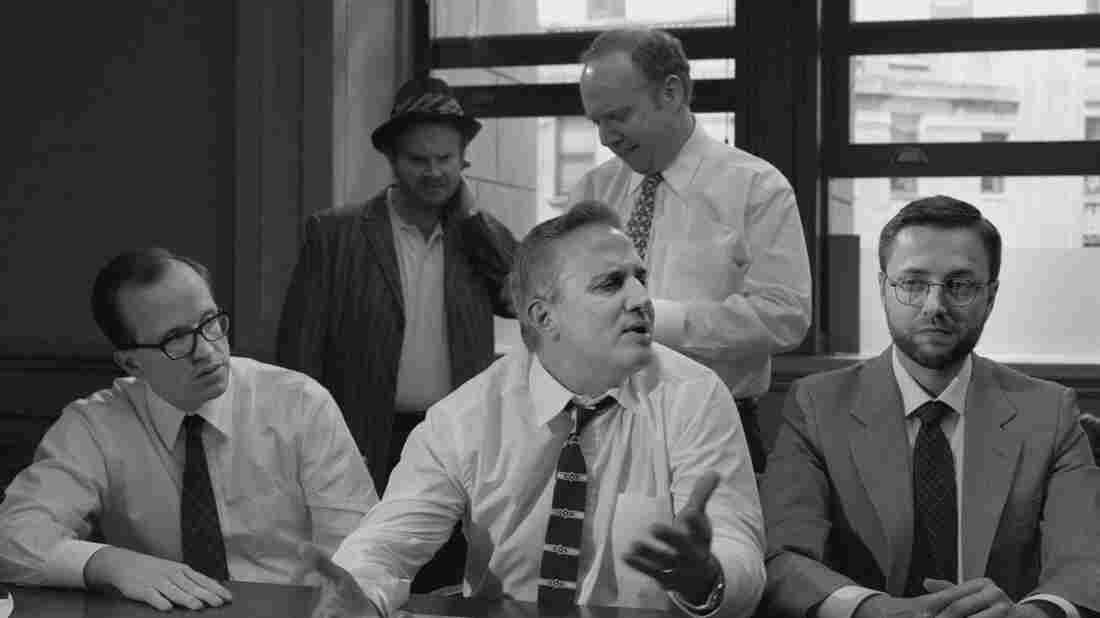 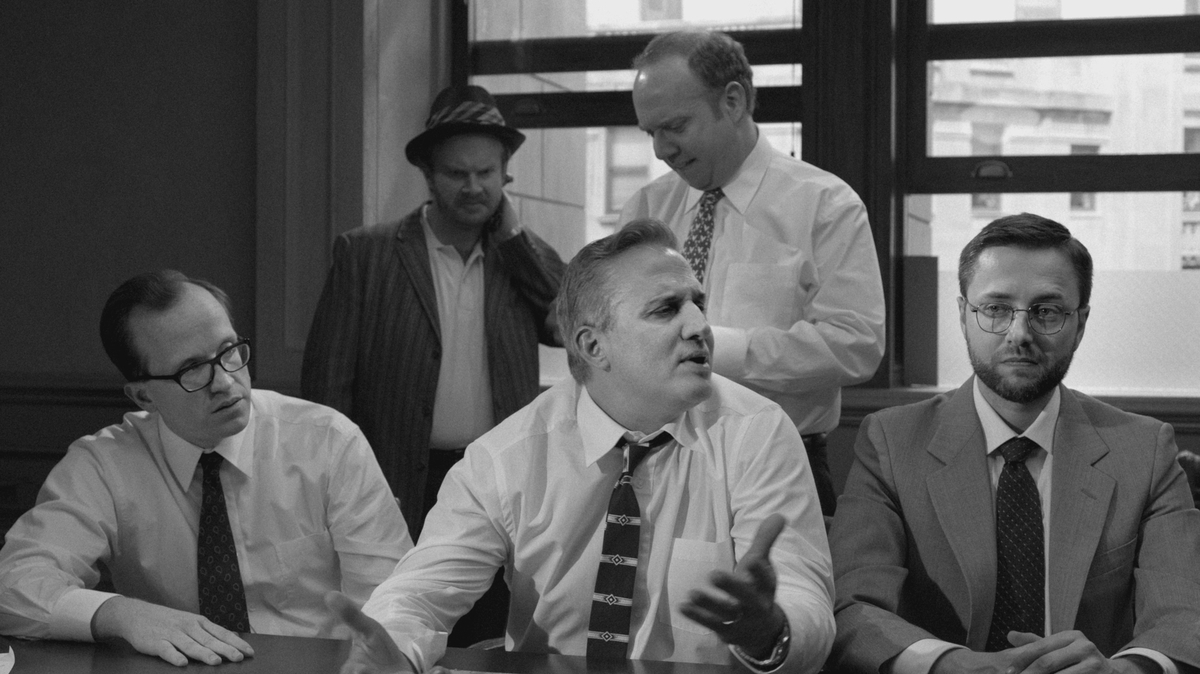 On the fantastic advice podcast Judge John Hodgman, one of the things Hodgman always says in getting litigants to relay their stories is that "specificity is the soul of narrative." Specificity is also the soul of parody, as we saw Tuesday night on Inside Amy Schumer. Schumer and her crew devoted the entire episode to a detailed parody of the film 12 Angry Men, in which a jury played by actors in John Hawkes, Paul Giamatti, Vincent Kartheiser and Kumail Nanjiani debate whether Amy Schumer is hot enough to be on TV.

It would be easy for a 12 Angry Men parody to simply be a black-and-white sequence involving a jury swayed by a charismatic and stubborn juror — the character played by Henry Fonda in the 1957 Sidney Lumet film. But Schumer's approach is far more particular, as Hawkes takes the Fonda role and the other actors map to specific members of the film jury — Kartheiser as the hyper-rational juror played by E.G. Marshall, Giamatti as the infuriated, ultimately humiliated bigot played by Ed Begley, and Nanjiani as the man others see as "foreign," as George Voskovec was in the movie. (And a special commendation should go to Nick DiPaolo, who not only plays a great Lee J. Cobb, but turns out to look weirdly like Lee J. Cobb.)

The debate over Schumer's looks certainly hits expected notes: the 11 men initially trying to vote her off of television say she's too fat, not pretty enough, too awkward, and most of all not capable of turning them on. This theme returns in the funniest sight gag in the piece, which twists the original film's unexpected switchblade sequence in a manner I can't describe to you in detail here, but it's a good one.

The detail in the critique embedded in Schumer's satire grows. The men talk about how they can appreciate women who are accessible, who would clearly be grateful for their attention — you know, regular women like Rosario Dawson or Jennifer Aniston. They complain that comedy has been taken over by ugly women like Schumer and Lena Dunham and wonder where the Megan Fox and Kate Upton talk shows are. They speculate with disgust that Schumer probably can't get a man and that she probably sleeps around. A man who professes attraction to the "wrong" kind of woman is himself shamed for it.

Most importantly, when the judge, played by Dennis Quaid, passes on the news to a happy Schumer that she's been judged hot enough to be on basic cable, her eager gratitude is its own send-up of how absurd it is to hold these public debates on the attractiveness of women, whether they win or lose. Schumer is certainly pointing out the absurdity of many of the verdicts, but more than that, she's pointing out the insult of having this trial in the first place. That's why it matters that John Hawkes is the holdout: who is John Hawkes to be in charge of saving Amy Schumer from accusations that she's not hot enough? Who are these dudes to stand in judgment, whether they show her mercy or not? How ridiculous does it look for her to be grateful for their indulgence?

But perhaps what's most impressive about the piece is that it remains true to so many dynamics that are part of the original film. The suggestion in 12 Angry Men that what appears as anger is often rooted in pain is present. The relationship between status insecurity and social hostility is present. And the aesthetic of Lumet's direction and Boris Kaufman's cinematography is in every shot, including the opening shot of Schumer herself, in the same light used for the defendant in 12 Angry Men, the only time we ever see him.

The very fact that Schumer barely appears in the episode — which she's said required some careful handling with her network — is central, just as the defendant barely registers in 12 Angry Men. One of the lessons of that story is that debates over a person's fate very often have little to do with that person and take place where he or she can't even participate. Schumer undoubtedly knows that whatever conversations have occurred over the course of her career in which her looks have been debated, she's mostly not been there to hear them, take exception to them, defend herself, or expose them to anyone else's scrutiny. She has probably awaited a few verdicts from rooms full of men.

It's a marvelously clever, insightful (and incidentally Not Safe For Work) piece of comedy, and she's right to be as proud of it as she seems to be.

A previous version of this post incorrectly said that Henry Fonda and John Hawkes play the role of the foreman in 12 Angry Men and Amy Schumer's adaptation, respectively. In fact, they play regular members of the jury.