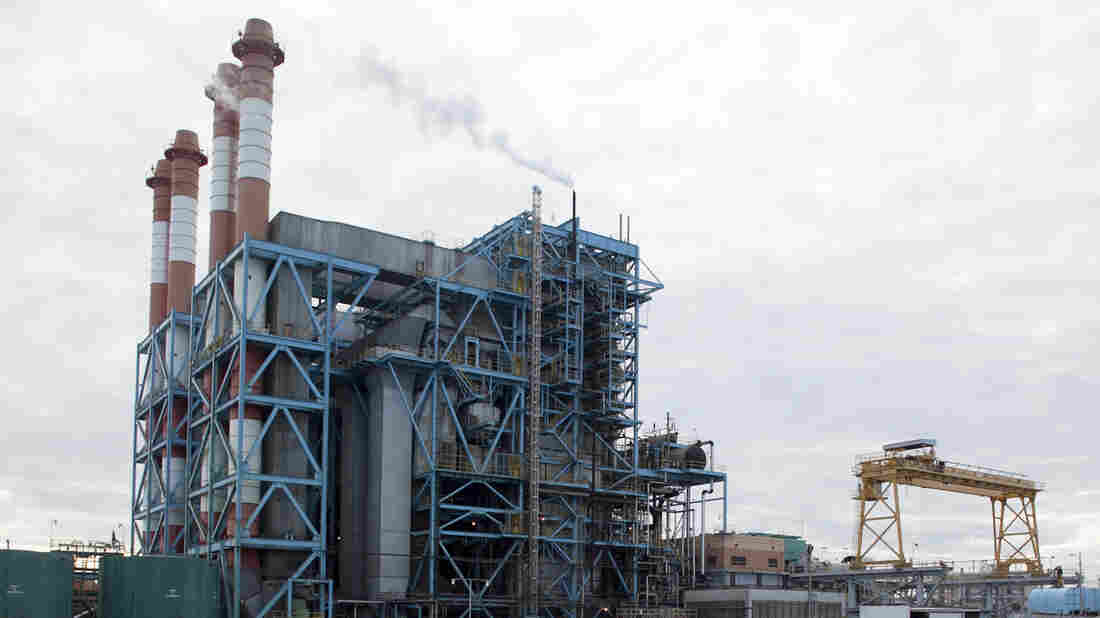 PREPA's Central Palo Seco power station in San Juan, Puerto Rico. The utility's bondholders want to raise rates. That's a challenge when the median income is about half that of Mississippi, yet the U.S. territory's energy costs are among the highest in the nation. Alvin Baez-Hernandez/Reuters/Landov hide caption 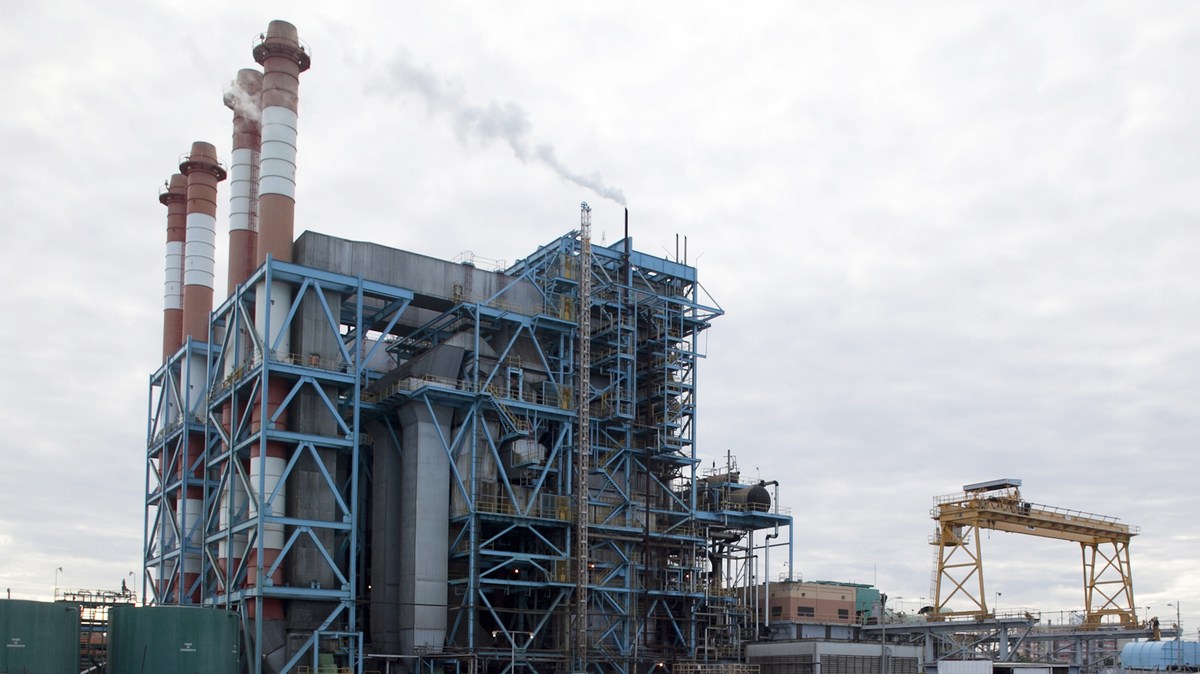 PREPA's Central Palo Seco power station in San Juan, Puerto Rico. The utility's bondholders want to raise rates. That's a challenge when the median income is about half that of Mississippi, yet the U.S. territory's energy costs are among the highest in the nation.

As a U.S. territory with tropical weather and beautiful beaches, Puerto Rico has a lot going for it. But there are downsides to living on an island. A big one is the cost of energy.

All the electricity on the island is distributed by the government-owned Puerto Rico Electric Power Authority, also known as PREPA. Power on the island costs more than in any U.S. state, except Hawaii.

And that's not the biggest problem.

"PREPA is very damaged, very distressed," says Lisa Donahue, an expert on fixing utility companies that are in trouble. "PREPA needs a lot of work."

Puerto Rico is caught in a financial crisis, and fixing the energy company is crucial to the island's economic future.

After years of borrowing to cover budget deficits, the U.S. territory is more than $70 billion in debt. The biggest chunk of the debt, more than $9 billion, is owed by PREPA.

Donahue is PREPA's chief restructuring officer. She was hired by the company's board to overhaul and modernize the power company.

She recently told skeptical members of the island's Senate, "We have one chance to do this right, and to set PREPA on the right path and to fix it for the future of Puerto Rico."

The high cost of electricity and the problems with the power company are a leading topic in the newspapers, cafes and on talk radio in Puerto Rico.

Sonia Vazquez met us outside the power company offices in San Juan, carrying a file of bills and correspondence some 8 inches thick. She says her monthly power bills make no sense.

"Why am I paying so much?" Of her monthly statement, she says, "It's really difficult to understand it." 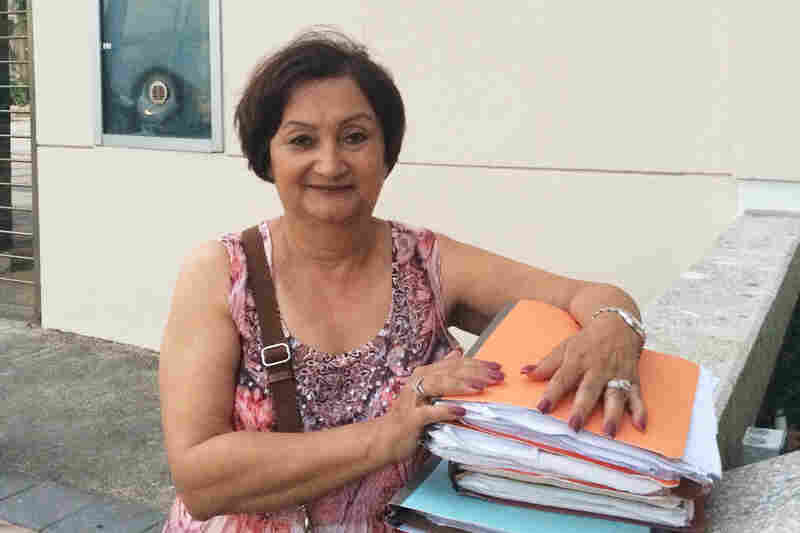 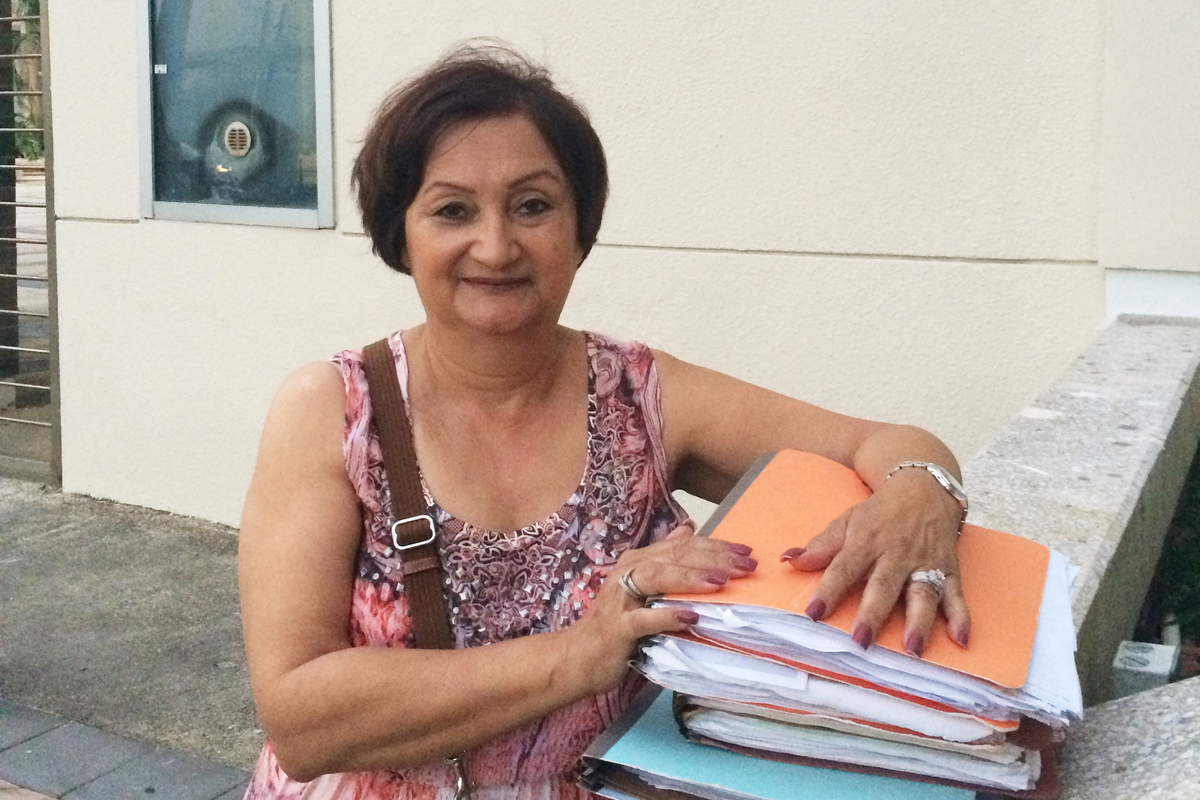 Nearly four years ago, Vazquez began contesting part of her bill each month. The fearless 60-year-old now owes the power company nearly $10,000 and has no intention of paying.

"They're supposed to detail to me everything that they're charging me," she says. "Why am I paying something that I don't know what's contained in it?"

He says there are many problems with PREPA.

"We have about 50 percent more of the capacity than we need right now. Along with that," he says, "most of the plants are very old — 50, 60 years. The infrastructure is not prepared to be modern, to be competitive."

It's a grid and series of power plants built when Puerto Rico nurtured dreams of industrialization. Decades later, many power plants sit idle, but customers are still paying for them.

But only some of the customers are paying. Nearly a third of PREPA's accounts receive subsidized rates that require them to pay little or nothing. That includes many large users. City governments and hotels are officially exempt from paying.

Maeso says others, including the schools and the island's train system, simply don't pay. The rest of PREPA's customers pick up the tab.

"All of us are subsidizing whatever somebody else doesn't pay, even the government itself," he says. "But that definitely needs to stop in order for us to fix the whole system." 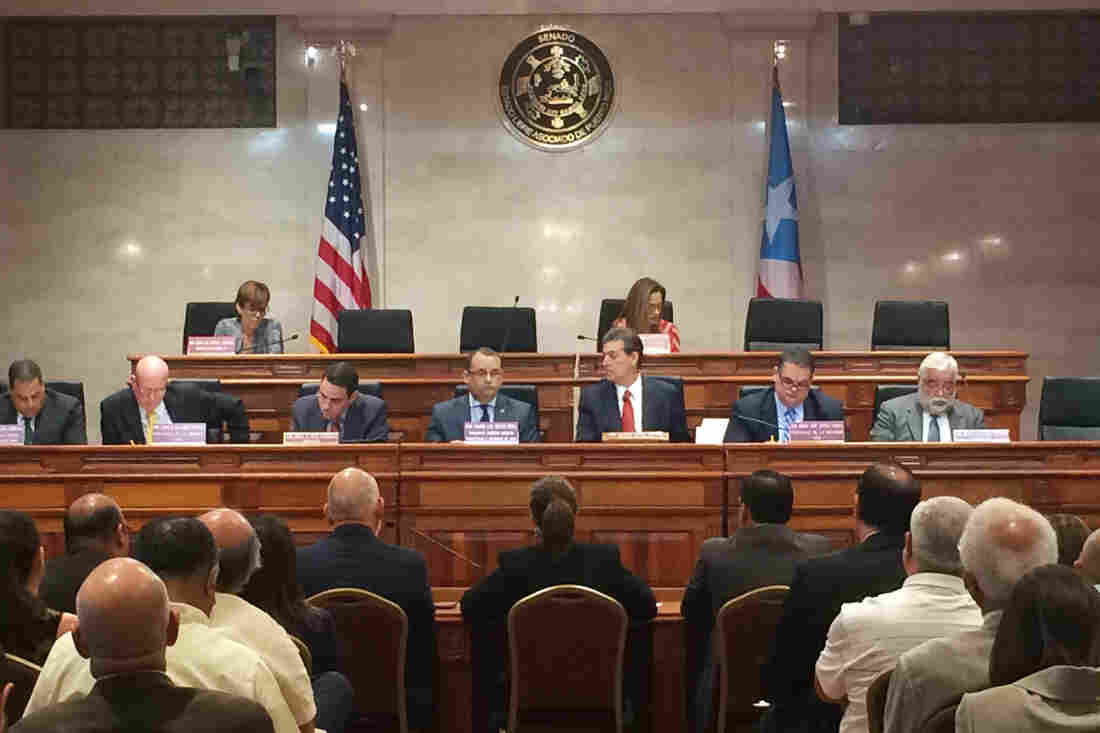 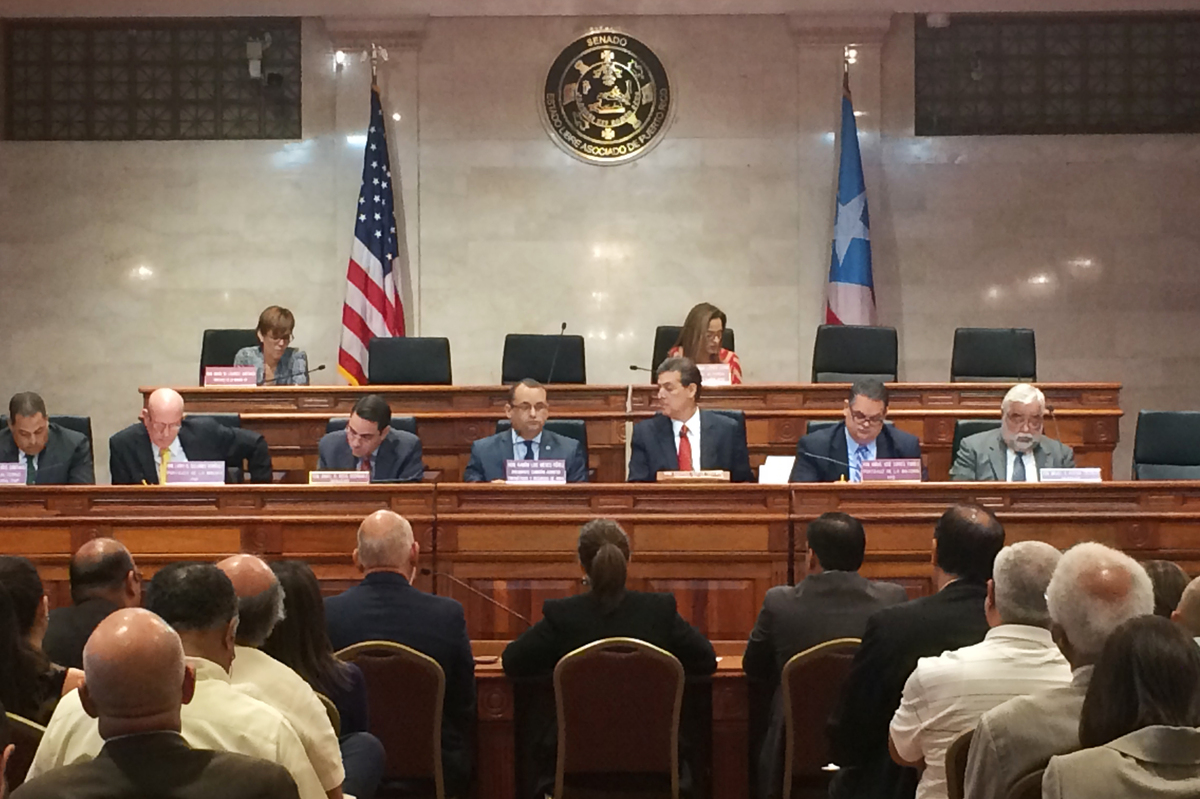 After decades of mismanagement, for Puerto Rico's power company, time has run out.

It's $9 billion in debt and now unable to make scheduled payments to creditors. It's operating week to week under a series of temporary agreements with Wall Street firms. Some of those bondholders have said they want to raise rates.

Maeso is concerned about the impact higher rates would have on the island's economy and its ability to retain factories and large employers that may consider moving elsewhere.

As for residential customers, like Vazquez, Maeso says they'll adjust by turning off lights and not using their air conditioners.

It's advice that makes Vazquez angry.

"They don't really care about us," she says. "They just tell me, 'Don't use your dryer. Why don't you put your clothes outside?' They really think that the way we can do it is sacrificing, and paying more. But they subsidize everyone except the people that work."

Puerto Rico's energy problems may come to a head in July when the power authority is expected to default. If that happens, it will be another blow to the island's already staggering economy.