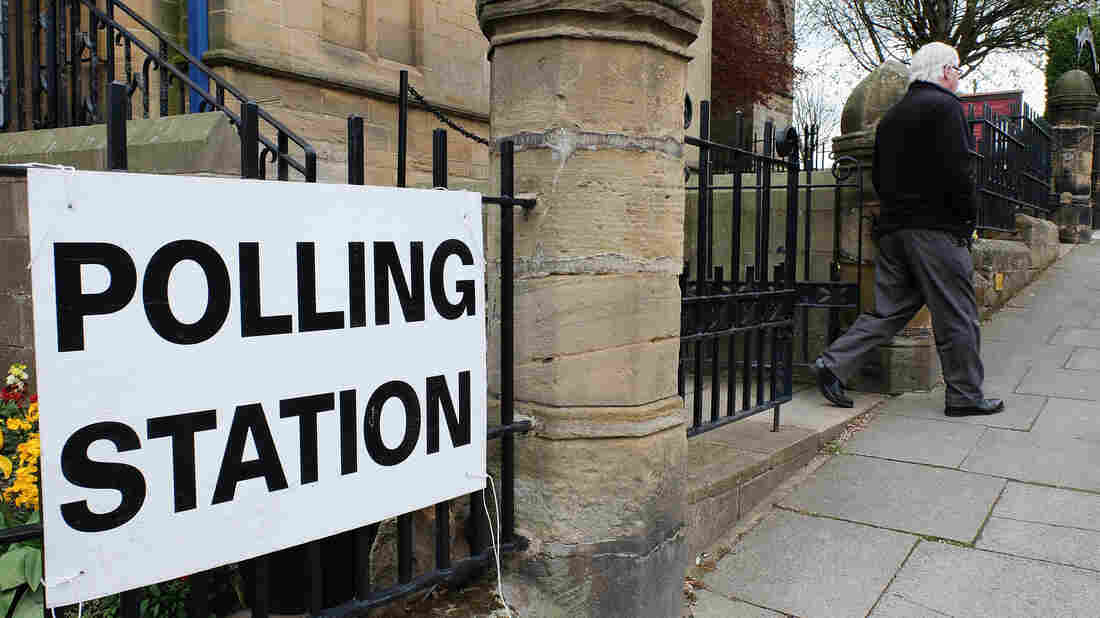 A man walks out of a polling station in St. Leonard's Church on Thursday in Loftus, England. Ian Forsyth/Getty Images hide caption 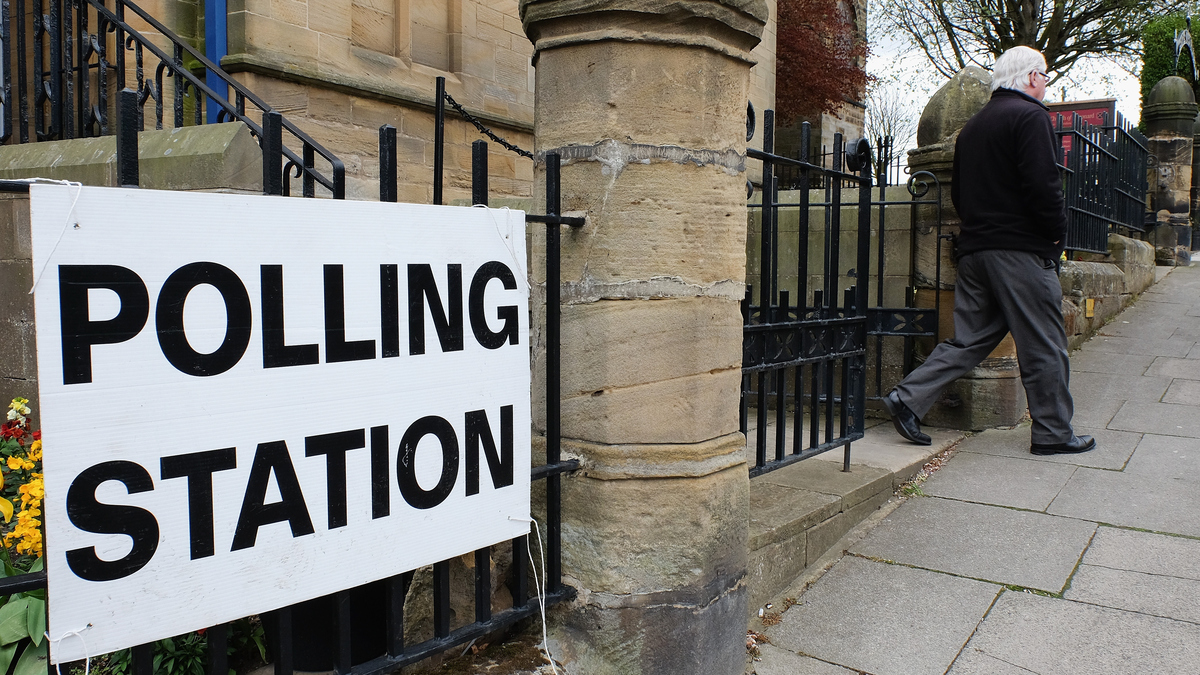 A man walks out of a polling station in St. Leonard's Church on Thursday in Loftus, England.

You'd expect a feeling of urgency from many people in Britain. It is Election Day, and Prime Minister David Cameron and his party are trying to hang onto power. NPR's Ari Shapiro reports on a campaign that is not exact generating the enthusiasm it may deserve.

ARI SHAPIRO, BYLINE: It's a bit of a paradox. On one hand, almost nothing has changed over this five-week campaign or even over the last year. Polls have stayed roughly the same. The parties' arguments are what they've always been. Susie Boniface is a political columnist who writes under the pseudonym Fleet Street Fox.

SUSIE BONIFACE: Everyone just wants it over, frankly. I mean, the birth of the royal baby last week was something of a light relief in the middle of it.

TIM BALE: While the campaign has been very predictable, the outcome is not.

SHAPIRO: Tim Bale is a professor of politics at Queen Mary University in London.

BALE: We have an incredibly close race here. We're normally used to having some idea, I think, by the end of the campaign who's likely to win. Really, at this point, it is too close to call.

SHAPIRO: And that's not the only reason this Election Day is exciting. Usually, British elections are a contest between just two parties, Labour and Conservatives. Not this year. Jon Davis runs the Policy Institute at King's College London.

JON DAVIS: What you've got now is a much more multiparty system, which makes for a much more chaotic picture but also one that's far more interesting.

SHAPIRO: During the only real debate of this campaign, seven party leaders shared the stage and chaotic was the word.

SHAPIRO: Only two of those people have a real chance of becoming prime minister. Incumbent David Cameron leads the conservative party known as the Tories. Here's part of his closing argument yesterday.

PRIME MINISTER DAVID CAMERON: I'm not saying we've done everything that needs to be done, but we've set a strong foundation. And the next five years should be about building on that foundation with more jobs, more apprenticeships, not going back to square one with labor.

SHAPIRO: Challenger Ed Miliband leads the Labour Party. This was his final pitch to voters.

ED MILIBAND: This is the clearest choice that has been put before the British people for a generation between a Tory government that works only for the privileged few or a Labour government that will put working families first.

SHAPIRO: But neither major party is likely to do well enough to create a government alone. That means minority parties will be influential. Here's political columnist Susie Boniface.

BONIFACE: I think, this time around, people are more aware that you can vote for the little guy and he might get in and he might be able to actually sway things slightly.

SHAPIRO: And in this case, the little guys have some unusual views. The U.K. Independence Party wants Britain out of the European Union. The Scottish Nationalists want to scrap Britain's nuclear weapons program. No one knows what role these parties will play in forming a new government, which is another reason this very dull campaign has led to this very exciting conclusion. Ari Shapiro, NPR News, London.