Accessibility links
Ore Price Collapse Hits Minnesota's 'Iron Range' Prices are about one-fourth what they were in 2011. A drop in global demand, especially in China, has triggered layoffs in northern Minnesota's mines and the effects are being felt around the region. 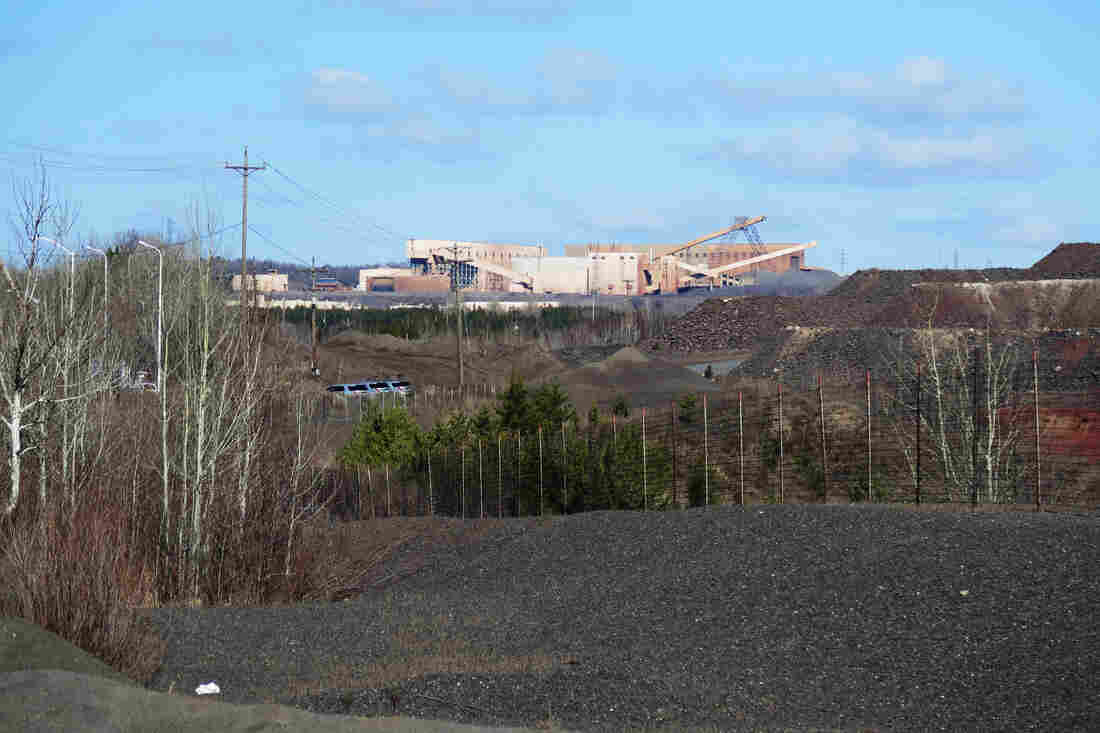 U.S. Steel's Minntac taconite mine and plant looms over the city of Virginia. The company plans to lay off around 700 employees on June 1. Dan Kraker/MPR hide caption 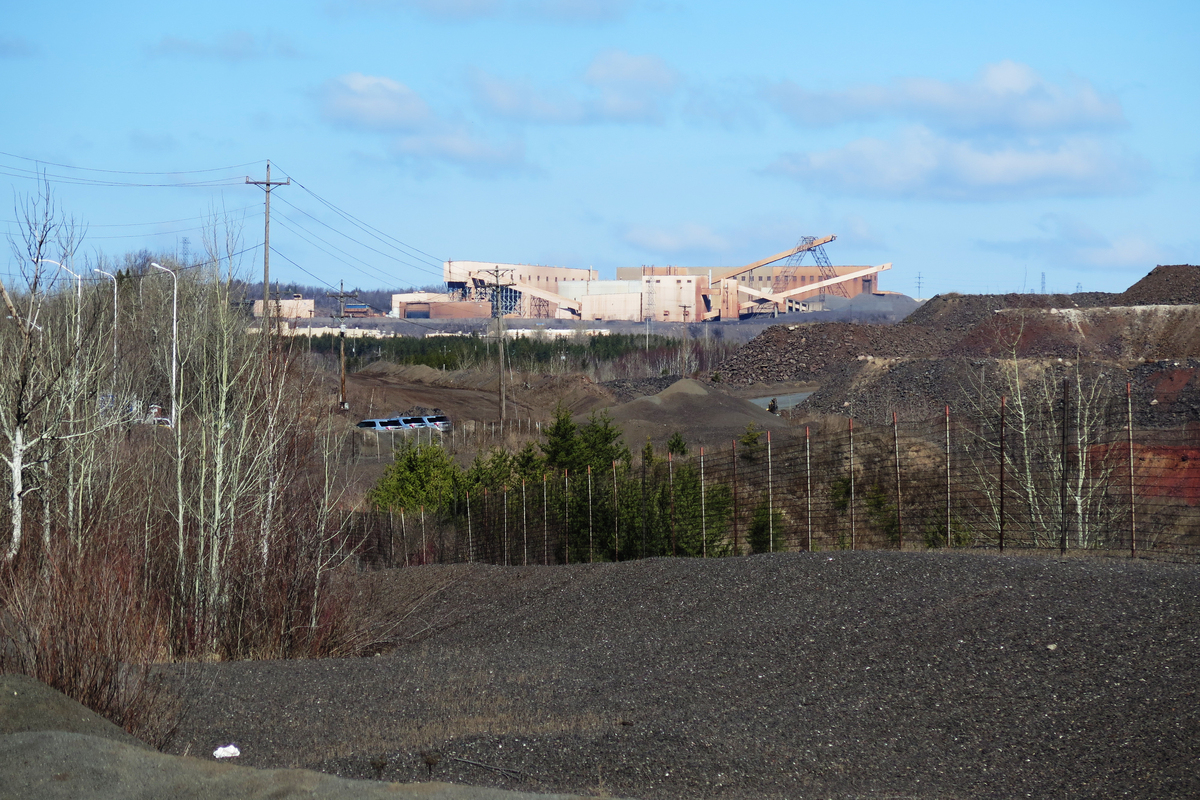 U.S. Steel's Minntac taconite mine and plant looms over the city of Virginia. The company plans to lay off around 700 employees on June 1.

The price of iron ore has crashed recently — from more than $190 a ton in 2011, to about $60 today. Iron ore is the key ingredient in steel, and global demand for it, especially in China, is way down. That's being felt far away in northern Minnesota.

Miners have clawed iron ore out of northern Minnesota for more than a century. The Iron Range, as it's known, is pockmarked with deep abandoned pits carved out of the red earth.

So when U.S. Steel announced it will be laying off more than a thousand workers at its two mines, it was devastating.

"This isn't the Twin Cities," says John Arbogast with the United Steelworkers union at Minntac, the area's largest mine. "This is all we have, and they're good-paying jobs, and these are hard-working people. They love living here, they love the fishing, the hunting, everything that comes with living on the Iron Range."

And it's not just miners who get hurt. Doug Ellis owns a sporting goods store in Virginia, the largest of nearly 20 small towns that line the Iron Range. It's surrounded on three sides by giant mines.

"My business is built on mining money," Ellis says. "It's what drives all these towns. So really what happens is, when the mines catch a cold, we all catch pneumonia."

Every year he sells hundreds of pairs of expensive steel-toed boots to miners, and a lot of hunting rifles. 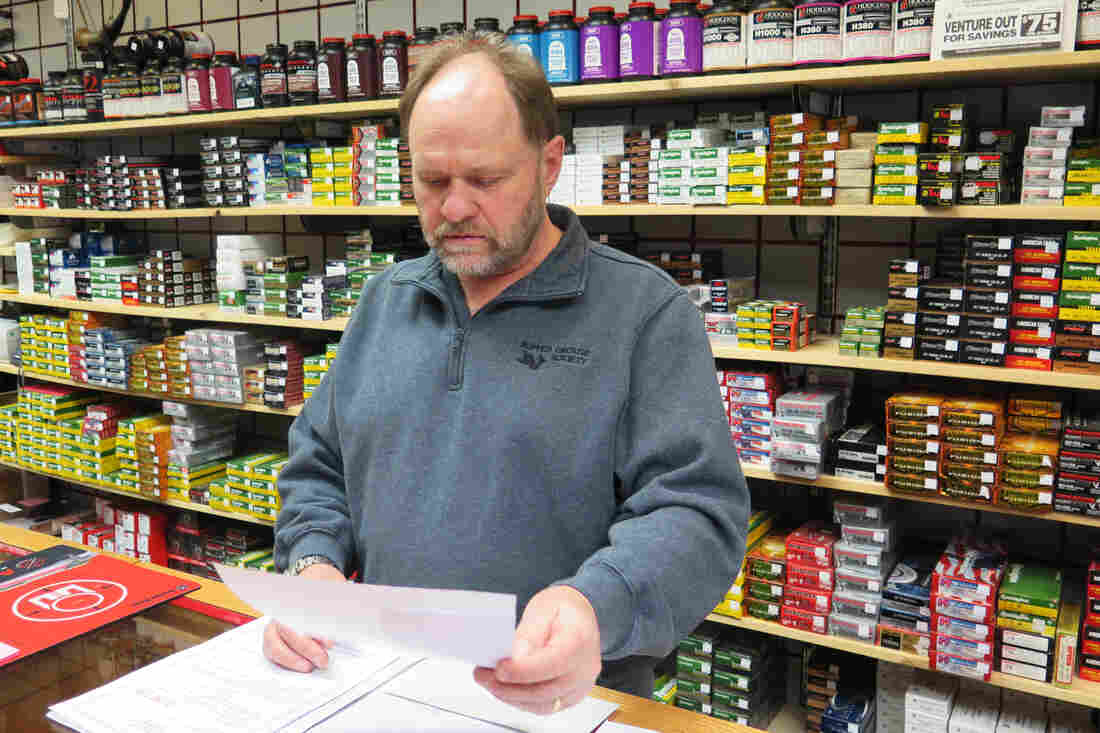 Doug Ellis has owned Virginia Surplus for 25 years in Virginia, Minn. "My business is built on mining money," he said, and will feel the impacts of impending mine layoffs. Dan Kraker/MPR hide caption 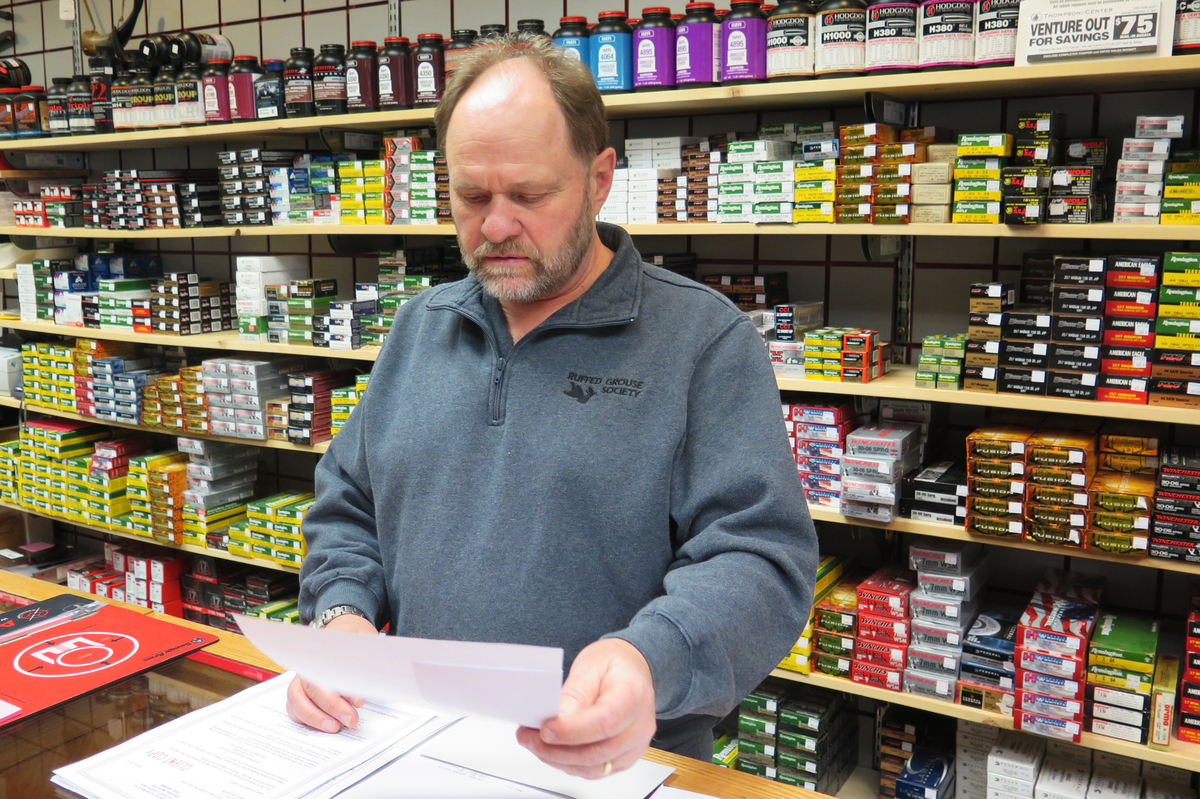 Doug Ellis has owned Virginia Surplus for 25 years in Virginia, Minn. "My business is built on mining money," he said, and will feel the impacts of impending mine layoffs.

"Those will be impacted," he says. "By the time November comes around, if they don't have the money, they won't be buying new rifles."

Iron Rangers are hardened to this traditional boom-and-bust cycle. The last big round of layoffs occurred in 2009. The industry did come roaring back, but iron miner John Arbogast says this feels different.

Oil Prices Are Rising Again, But Will They Keep Going Up?

"In '09, everything was down. It was recession and you could feel it coming," he says. "Now, America's doing great. Unemployment's at record low type levels, everyone's doing well, and then we're the ones getting hit on this. So that's what makes it tough."

The difference this time is the Chinese economic juggernaut has slowed, says Andrew Lane, an analyst for Morningstar.

"The significant decline in iron ore spot prices since about 2011 is largely a function of fading Chinese demand," he says.

At the same time, Lane says, the world's three largest iron ore mining companies have all ramped up production over the past decade.

Some analysts predict the price of iron ore could drop still further.

But in the long term, Tony Barrett, an economist at the College of St. Scholastica in Duluth, thinks Minnesota's taconite iron ore industry will stabilize.

The question everyone's asking here, says Keewatin Mayor Bill King, is when. Because he says with every layoff, every closure, "it just seems like a small part of the town dies away. Each time. You know you lose this business, or maybe a couple citizens move away. So it's hard, it's hard to watch."

King and others here are waiting to see if other mines will announce layoffs, before the next boom on the Iron Range.