Accessibility links
'Grace And Frankie' Looks At Life Unexpectedly Alone The new Netflix series Grace And Frankie casts Jane Fonda and Lily Tomlin as two women whose husbands leave them — for each other. 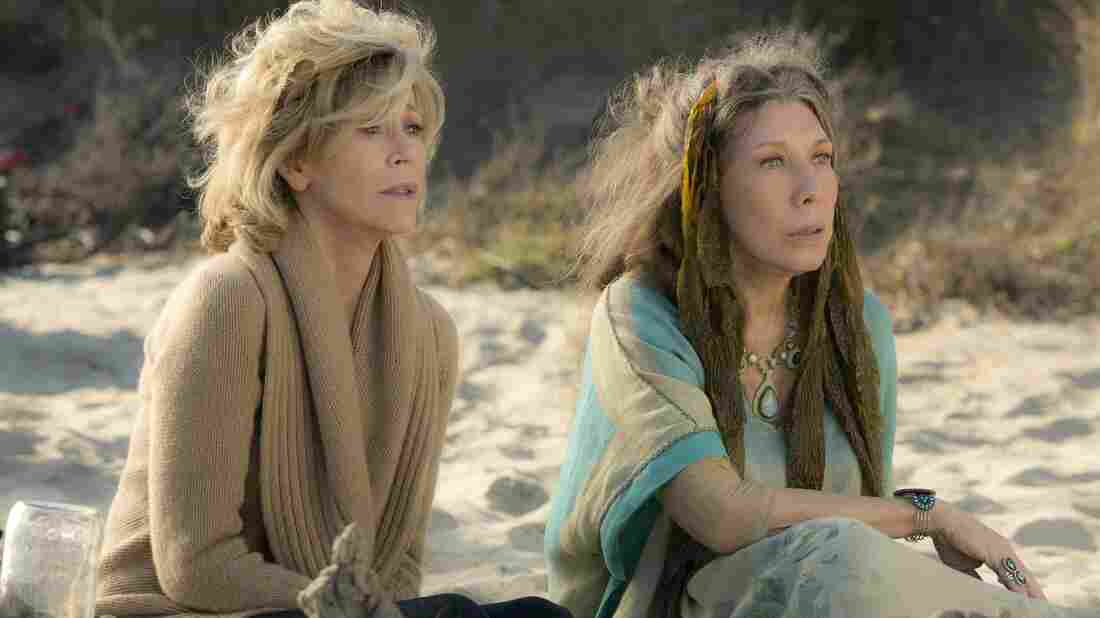 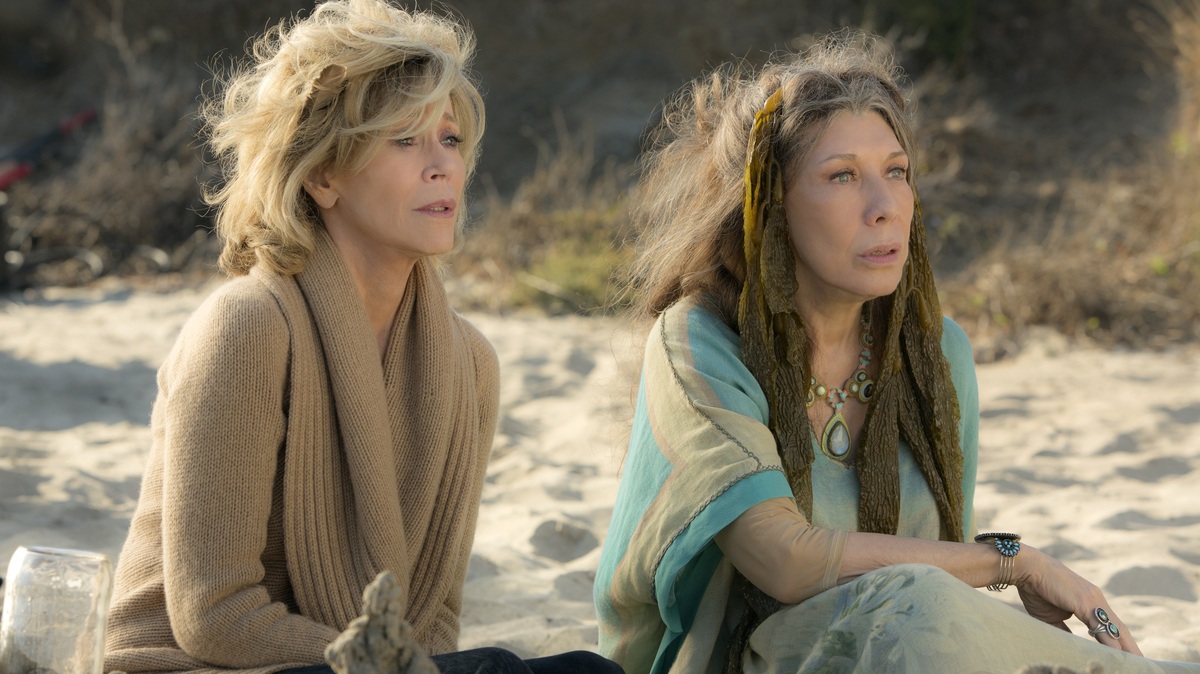 Jane Fonda and Lily Tomlin in the Netflix series Grace and Frankie.

The opening credits of the new Netflix comedy (maybe comedy-drama) Grace And Frankie lay out the show's high concept using the song "Stuck In The Middle With You" and a set of wedding cake toppers. You see two couples, then two couples with kids, then the husbands kissing, then the abandoned women falling through the broken cake.

The good news about Grace And Frankie is the cast: Jane Fonda and Lily Tomlin in the title roles, as two women with a tense acquaintanceship who find out that their husbands — played by Sam Waterston and Martin Sheen! — have been in love with each other for decades and want to take advantage of the age of same-sex marriage by getting married at last. So that'll be two divorces, no waiting.

The less good news is how modern Grace And Frankie doesn't seem at times. Even the casting of such great actors has a downside: in the pilot, it's hard not to feel like the show wants you to gawk at the oh-my-gosh-Jack-McCoy-and-President-Bartlet-are-kissing of it all. (They get very cute later, but it takes some time for them to seem like much more than ... the cake toppers brought to life.)

And while later, the show certainly delves more deeply into the story, the opener plays a little hokey — a little wacky-gay-themed-sitcom for a piece with this talent involved. I try not to read other writers' reviews until I've written myself, but I admit it was hard once I read it to remove from my brain the spot-on description on Twitter from my friend James Poniewozik of Time, who called it "a dated sitcom in cable-dramedy clothing."

Tomlin and Fonda fare better than the actors playing their husbands; Tomlin in particular. Lily Tomlin is ... pretty wonderful, and seeing both this performance and her marvelous work in the upcoming film Grandma is a great reminder of that fact for anyone who needs one. Late in the first episode, Grace's huff-and-puff indignation bumps into Frankie's more complicated feelings, and Tomlin demonstrates again (as she does in Grandma, which won't open until August) that her talents reach well beyond comedy.

The funny thing in so many high-concept shows is that the high concept is the least interesting part: the stuff about their husbands being gay (and together) is much less interesting than the simple fact that this is a story of women who are divorced at an age when they didn't expect to find themselves divorced, who feel obligated to reexamine their entire lives to see whether everything was somehow counterfeit. There are also some interesting conversations among their grown kids, who wonder how the sympathy they're inclined to extend their dads as men who didn't feel free to be themselves for so long fits together with how they feel about their dads cheating on their moms for so long and leaving them high and dry, even if it is for each other.

Three episodes in (out of 12 total), it's growing on me and I'm intrigued enough to keep watching. I am hoping that the show will increasingly focus on the relationship between the women and their positions as people suddenly on their own, which is where the project's greatest strengths seem to lie.