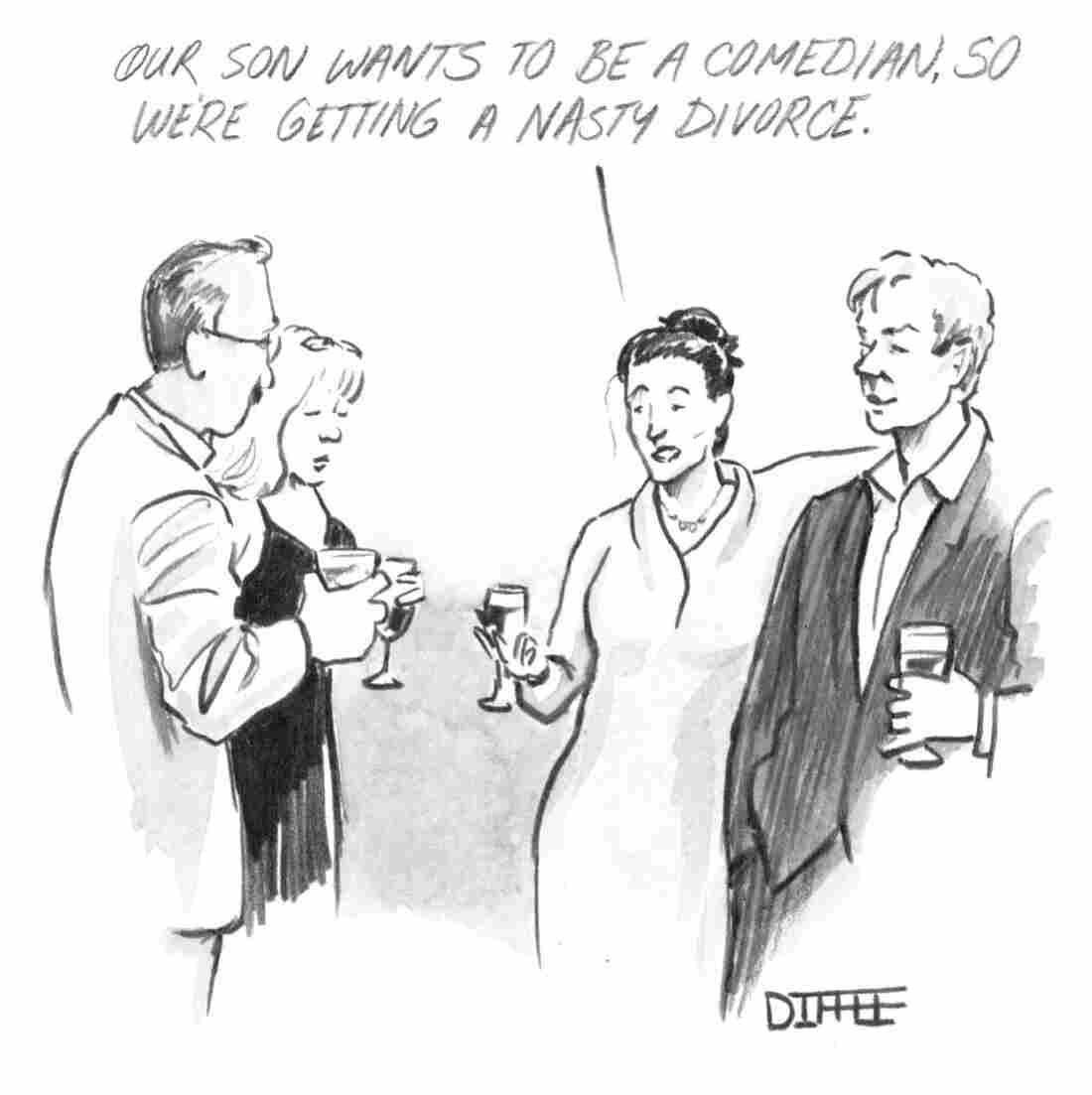 Unlike the comic talent stereotype, cartoonist Matthew Diffee says he had "a wonderful family to grow up with." Courtesy of Scribner hide caption 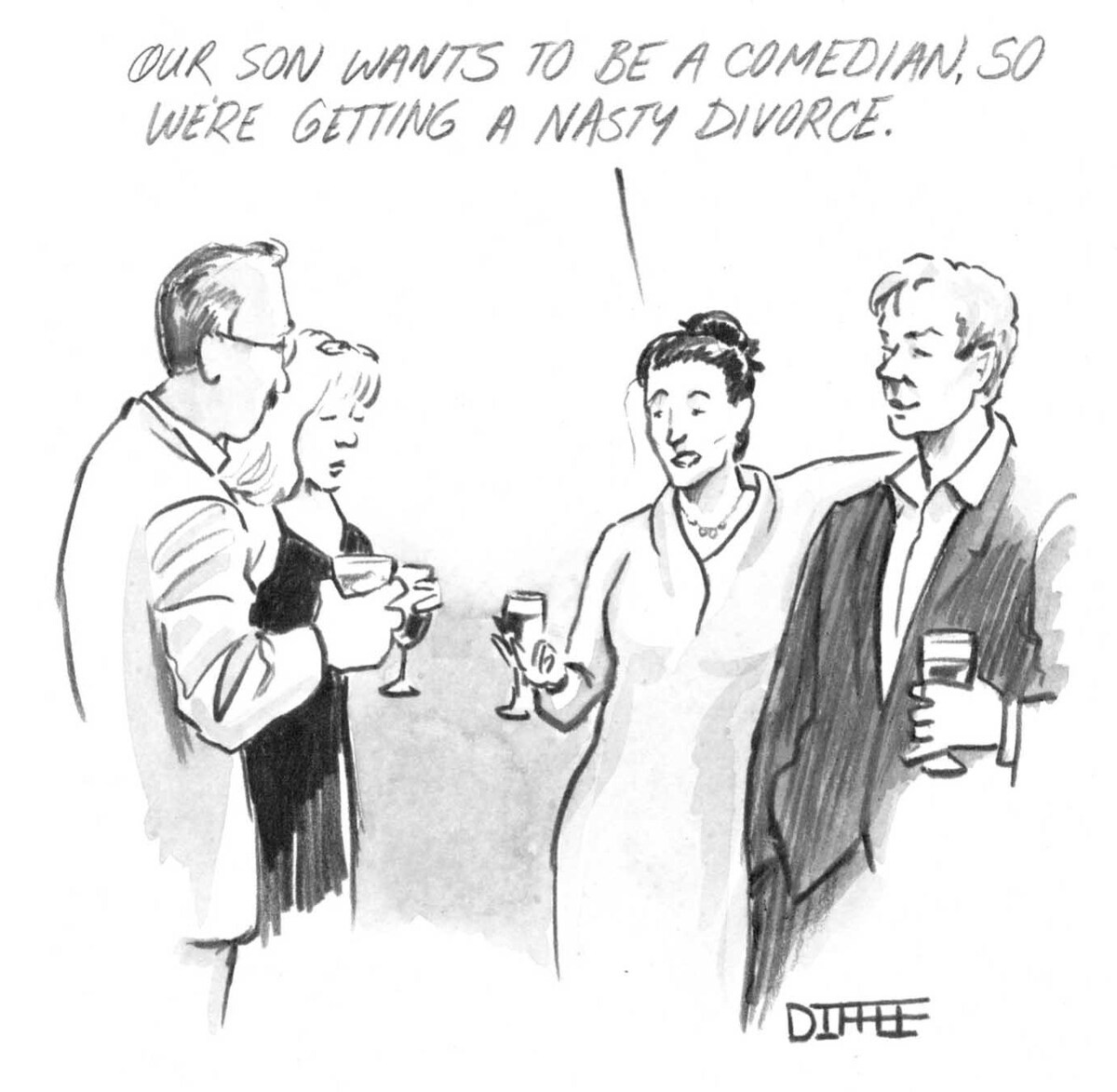 Unlike the comic talent stereotype, cartoonist Matthew Diffee says he had "a wonderful family to grow up with."

Matthew Diffee has been drawing cartoons for The New Yorker since 1999. When asked which comes first, the image or the words, he tells NPR's Scott Simon, "They both come at the same time. I start with words, but while I'm thinking words I'm picturing the drawing already."

Diffee has edited a best-selling volume of rejected New Yorker cartoons, and he has been honored by the National Cartoonists Society with a Reuben Award, which may be one of the few awards named for a deli sandwich. His new collection is called Hand Drawn Jokes for Smart Attractive People. 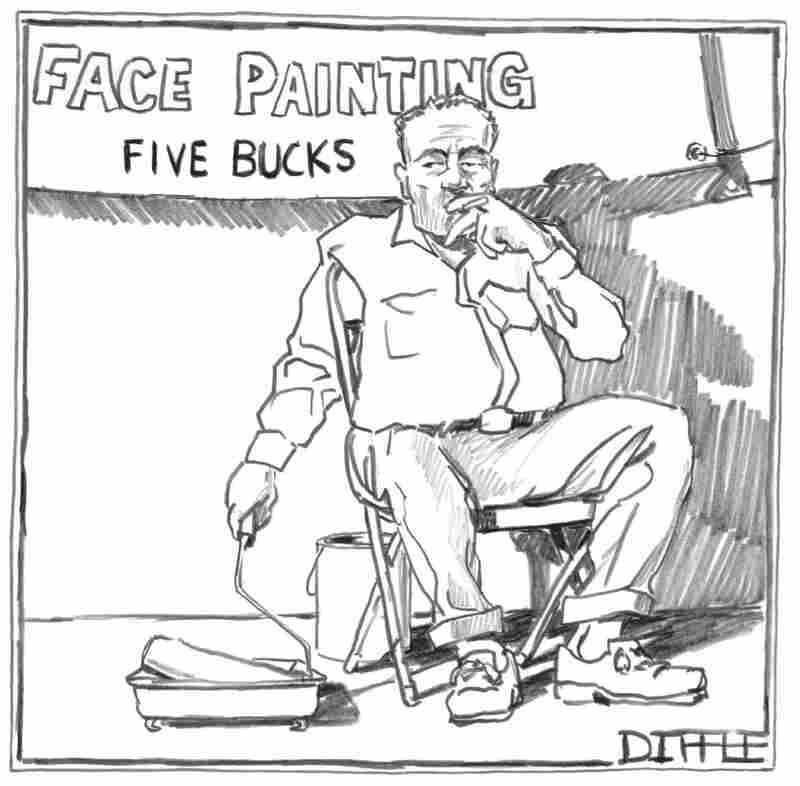 After several rejections, Diffee stopped trying to sell this cartoon to The New Yorker. Then his mom talked him into one last try. Courtesy of Scribner hide caption 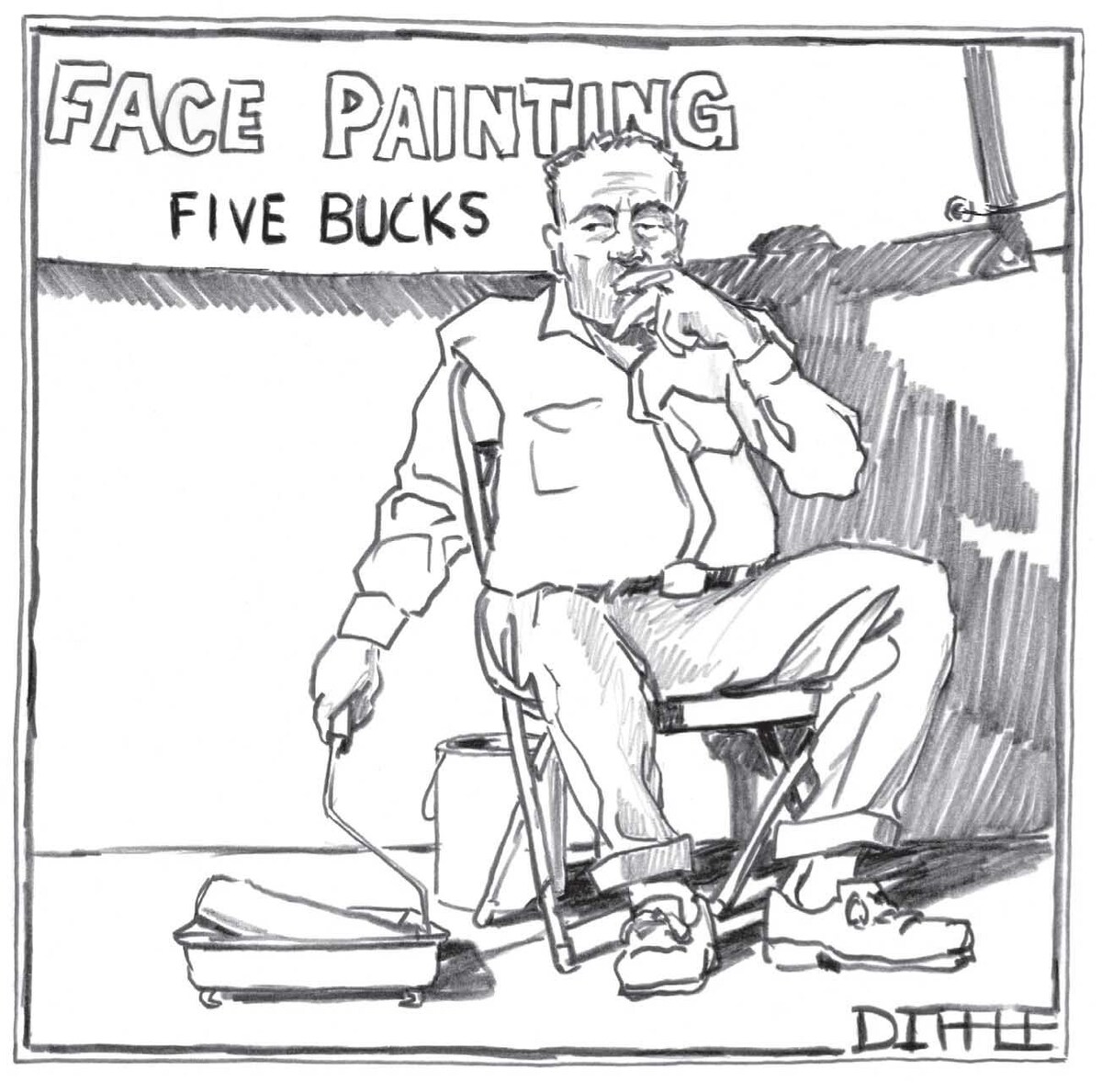 After several rejections, Diffee stopped trying to sell this cartoon to The New Yorker. Then his mom talked him into one last try.

On The New Yorker's rejection rate

It's classically bad. ... We're supposed to turn in 10 gag ideas, you know, at a sketch level. And on a really good week they'll buy one. So 90 percent rejection is doing great.

There's a cartoon in the book, actually, that exists because of my mom. It's hard to describe it, but it's like kind of a rough-looking dude, kind of like a Texan dude sitting in a lawn chair. He's in front of a banner that says, "Face Painting Five Bucks" and then you notice his hand is just holding ... a paint roller in a pan. So he's just going to go ... on the whole face of the kid. So that cartoon I submitted to The New Yorker, and they rejected. And then, you know, I waited another six months and I put it back in the batch — [it] got rejected again. It got rejected probably for three or four years and I just retired it. I was like, "Well, they're not going to buy it." 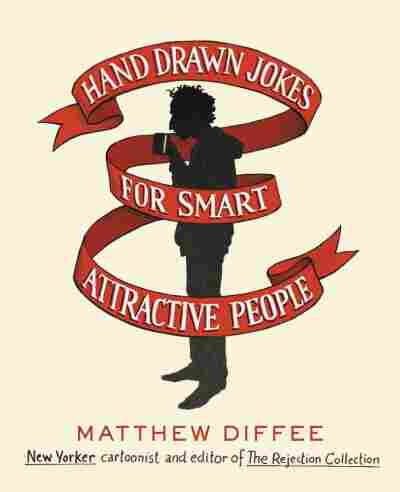 At one point — I don't even know how this happened — my mom was looking through some of my ideas that had been rejected and she just laughed and laughed. She said, "Oh, Matthew, they'll I love this one! This one's so good!" And that's the kind of encouragement that she would always give me, so I was like, "All right, well, I'll take it back one more time." And sure enough they bought it. It's still one of my favorites and, I think, one of her favorites.

On how his parents contributed to his becoming a cartoonist

My mom was very influential in making me want to be a writer and to enjoy words, and dad was very much [an] influence to me being an artist. He was an airline pilot that was an artist in his spare time, you know. So I learned tons from them. ...

My mom was one of those moms that loved pretty much everything I did and encouraged me to do it and also just instilled in me a love for books and for reading. You know, she read to us all the time. ... And my dad was, you know, more critical and I think maybe that balance was crucial, too. But ... Mom tells me I used to come home from kindergarten and I'd sit up on the kitchen counter and basically spend an hour telling her the story we heard from story time. And that's because she wanted to hear it, or at least [she] gave me that impression. ... I learned to tell stories and to, yeah, just enjoy that process of crafting a story for a person.

Not My Job: New Yorker Cartoonist 'BEK' Gets Quizzed On Burger King

New Yorker Cartoon Editor Explores What Makes Us Get It