Accessibility links
Review: Holly Herndon, 'Platform' Platform draws drama out of changes in speed and texture and many little parts that work together to make a sort of musical machine. 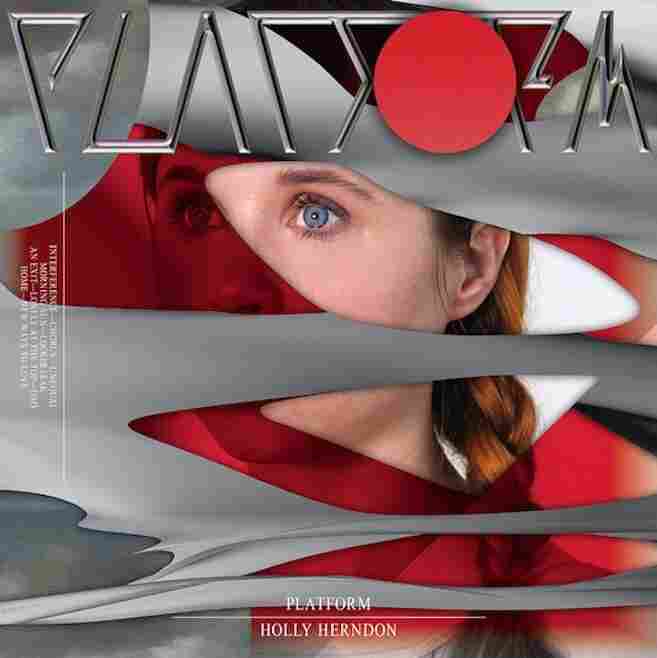 Holly Herndon works in a post-human mode that's become customary in electronic music, yet remains abstract in realms beyond. Voices figure heavily in Platform, her follow-up to a breakthrough album in 2012, but they're spliced, diced, dissected — too processed, in any case, to suggest origins in a fleshy human being with dynamic feelings and moods.

That doesn't mean dynamism is absent, though. From the start, Platform draws drama out of changes in speed and texture and many little parts that work together to make a sort of musical machine. Not music by a machine or for a machine ­— it's music as a machine itself, with working orders and operating procedures that make for different kinds of effects. Some of those effects prove surprisingly human in the end.

"Interference" opens with a stuttering, strobing display of many of the techno-minded sounds enlisted throughout; the track has a gentle sense of propulsion suited less for a dance club than a movie scene in which a forlorn protagonist drives down a highway at night. "Chorus" is more rhythmically fitful, with slow, foreboding parts that launch into fleet beats for brief spells at a time. "Unequal" swerves from there, its operatic voices sounding more like avant-garde classical music than anything else.

"Morning Sun" marks another in a series of drastic changes, with a bright rising call to action ("wake up, wake up," it whispers repeatedly) before "Locker Leak" presents more voices declaiming loud and clear. What they're declaiming is hard to discern, exactly — among the utterances: "Who lasts? Glass lasts" and "Be the first of your friends to like Greek yogurt this summer" — but the effect is one of an alien life force trying to figure out how to emulate a state of personhood, like Scarlett Johansson's character in Under The Skin. By the end of Platform, it proves convincing enough to cast Herndon as a musician with more to say than her abstraction suggests at the start.