Accessibility links
Review: Faith No More, 'Sol Invictus' The band's first album in 18 years sounds lean and to the point, and it doesn't let up. Along the way, playfulness and aggression intermingle to the point where it's hard to tell them apart. 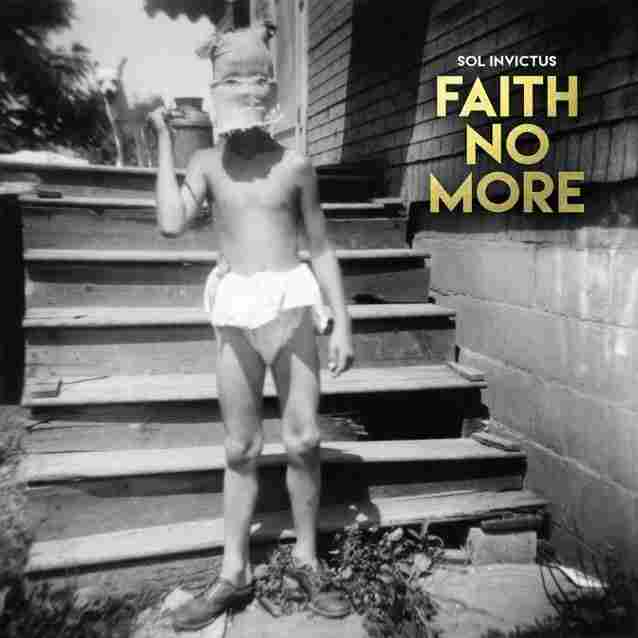 From a music fan's point of view, was there any real need for Faith No More to get back together after nearly 20 years away? The band's cast of eclectic rock 'n' roll innovators had a good run, yielding six albums, several of which qualify as classics.

Faith No More's primary members moved on and branched out, too, and seemed perfectly fine with it. Keyboardist Roddy Bottum co-founded the affable indie-pop band Imperial Teen. Bassist Billy Gould became CEO of Koolarrow Records and worked as a journeyman musician. Drummer Mike Bordin had a solid gig as drummer in Ozzy Osbourne's band. Guitarist Jim Martin was — and still is, by all accounts — happily growing giant pumpkins in the Bay Area. Singer Mike Patton, meanwhile, has metamorphosed from that strange guy in Faith No More and Mr. Bungle into an experimental-music renaissance man. He's collaborated with John Zorn; formed such wildly dissimilar outfits as Fantômas, Peeping Tom and Tomahawk; composed film scores; recorded solo albums; and created Ipecac Records, one of the coolest American labels of the last two decades.

Faith No More's 2009 reunion was a delight for many, but its members — who included Jon Hudson, reprising his late-'90s role as guitarist — were inevitably smart enough not to overstay their welcome. Without new material, it's easy to become a perennial cabaret act, and performing "Epic" and "We Care A Lot" at casinos and state fairs wouldn't benefit a band of mavericks and risk-takers. If they were to make new music, the challenge would be to bring the same ambition and fire that fueled 1989's breakthrough The Real Thing, 1992's daring Angel Dust and 1997's swan song Album Of The Year.

What makes Sol Invictus, Faith No More's first album in 18 years, so extraordinary is not only how comfortably it fits into the band's discography, but also how economical it is. So many veteran bands overcompensate on record, but Sol Invictus clocks in at a sharp 39 minutes. It's lean and to the point, taking listeners deep into Faith No More's twisted world, and it doesn't let up. Its playfulness and aggression intermingle to the point where it's hard to tell the two approaches apart.

For all the strengths of the album's first two singles, the gleefully profane "Mother******" and the dramatic "Superhero," Sol Invictus' rewards are even richer the more you delve into the deeper cuts. "Sunny Side Up" returns to the easy-listening feel of Faith No More's 1992 cover of The Commodores' "Easy," but instead of straight-faced homage, Patton and Bottum crank up the darkness tenfold; in the process, the song is transformed into a bleak character sketch, with Hudson's funk guitar adding dry humor. The angst of "Separation Anxiety" will have many thinking of "Midlife Crisis" — arguably Faith No More's greatest composition — but it creeps along in even more deranged fashion, with Hudson and Gould repeating a hypnotic riff pattern as Patton, the Mel Blanc of rock music, snarls menacingly.

Faith No More's heavy-metal roots are on full display in the roaring "Cone Of Shame," while "Rise Of The Fall" contrasts a Kurt Weill-esque arrangement (and an earworm of a melodica hook) with Bordin's thunderous, martial beats. "Black Friday" is the strangest departure on Sol Invictus, as it alternates between upbeat acoustic guitar and explosions of fury and distortion that echo the Pixies. On the other hand, "Matador" bursts with cinematic grandeur; the entire band rises to the occasion, from Patton's powerhouse performance to Bordin's tribal thuds. It's a wonderful climax to an album that, honestly, has no business being as memorable and exhilarating as it is.