The Artistry Fails In 'Trompe L'Oeil'

The Artistry Fails In 'Trompe L'Oeil' 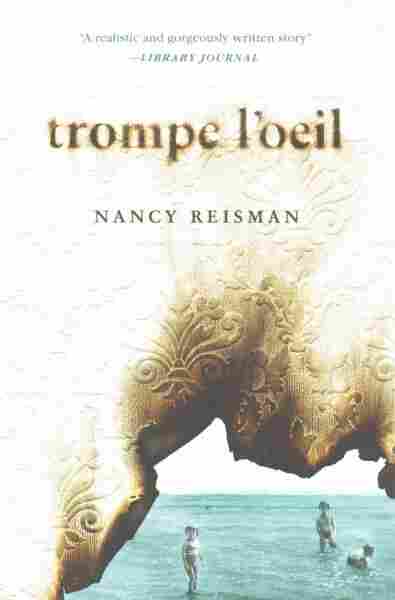 Even for the most talented artists, the trompe l'oeil is one of the most difficult techniques to master. The painter has to create three dimensions out of two, constructing an illusion, tricking the eye of the viewer. If it works, the results can be stunning; if it doesn't, the artwork looks forced and confusing.

Novelists face a similar problem every time they set pen to paper. Building a story that reads as true, deep and emotionally resonant isn't easy to pull off; too often, the elements never cohere. A weakness in the plot, an unconvincing character or flat writing can hurt the novel as a whole, even if the other components are strong. Unfortunately, that's the case for Nancy Reisman's Trompe L'Oeil — though her writing is mostly solid, and sometimes beautiful, the pieces never coalesce into a consistent, interesting whole.

Reisman's novel follows the Murphy family, a married couple with three children, who take a vacation in Rome. It's a long-awaited trip for Nora, the mother, who has been interested in art for most of her life. The sojourn goes well until youngest child Molly, seeing her father and brother across the street, breaks away from her sister and runs toward them. A truck hits her, killing her instantly.

The family returns, shocked and destroyed, to Blue Rock, their summer home off the Massachusetts coast. They had previously discussed moving elsewhere, finding a more permanent place to live closer to husband James' work, but their grief prevents them from making any immediate decisions; they're paralyzed, understandably, by the loss of their daughter.

In the years that follow, Nora gives birth to two more daughters. She and James sleepwalk through their lives, and the surviving siblings try to create something like normal lives for themselves. But it's not that easy: As anyone who has lost a family member knows, things fall apart, quickly, when someone is stolen from your life. Sometimes things get better. Often, they don't.

It goes without saying that Trompe L'Oeil is a deeply sad book; there's no way it couldn't be. And in the novel's best moments, Reisman describes the family's overwhelming grief beautifully. James finds himself heartbroken and confused nearly every moment of his life: "But even when he searched, he struggled to find Molly behind the name, Molly now so thickly wrapped in event and repercussion it seemed her center had dissolved: in this way, too, the girl ceased to exist."

Reisman is an excellent sentence-level writer — for the most part — but frequently the writing gets the better of her, as if she can't find her way out of her own descriptions. Shortly after Molly's funeral, Nora and James make love, and the scene is too overwritten, too self-conscious to be affecting: "...[T]hey fell into avid, drowning sex, the grief emerging as a raging insistence; as if each might obliterate or immerse the self in the other, alternately banishing the self and shoring it up with the other's body." It's a technically well-constructed section, but it can't shake the heavy-handed philosophical reflections that stand in for real emotional depth.

And that's the other major problem with Trompe L'Oeil: Behind the ponderous prose, there's very little convincing emotion. Reisman is better at telling the reader how the characters feel than she is at showing them, and much of the book reads like a psychological case study, although a well-written one. She gives the characters too little room to move, to express themselves through their own words and actions; as a result, the narrator comes across as cold, and the novel ends up feeling, for the most part, clinical and claustrophobic.

Somehow, Reisman manages to pull off an ending that mostly works, although it's set at another funeral, which seems a little contrived. It makes the reader wish the first 300 pages were as focused and as sensitive as the last section, and it also reminds us of how gifted a writer Reisman really is at her best. Trompe L'Oeil isn't a terrible novel by any means; it's just frustrating, and at times it feels false. The best art can trick the eye without the viewer even noticing, but it's hard to turn two dimensions into three. It's an amazing accomplishment when it works. It doesn't work here.