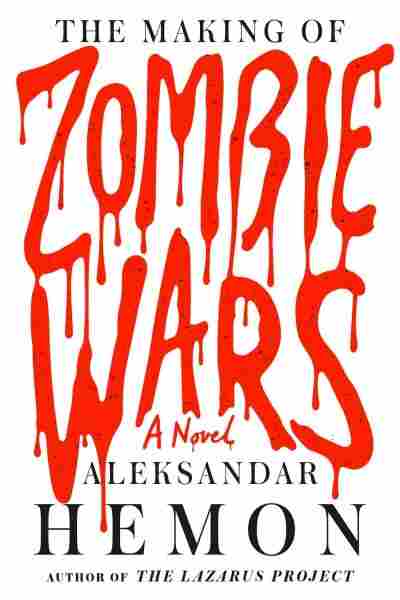 The Making of Zombie Wars

Joshua Levin has some great ideas. Well, some ideas, anyway. The would-be writer keeps a list of possible high-concept screenplays — everything from a script about aliens disguised as cabdrivers (Love Trek) to a treatment of a "riotous Holocaust comedy" (Righteous Lust). But in real life he's a Chicago ESL teacher who can never seem to follow through — the movies he envisions are all too esoteric, too depressing. As his Bosnian acquaintance Bega reminds him, "American movies always have happy ending. Life is tragedy: you're born, you live, you die."

Indeed. And even as Joshua actually manages to work on a screenplay that could turn into something good — a horror/action film called Zombie Wars — he's reminded regularly of Bega's observation. Through a series of bad decisions, each one dumber than the last, Joshua manages to turn his life into something like a tragedy, or at least a comedy gone seriously wrong. That's bad news for him, but great news for anyone who reads Aleksandar Hemon's brutal but darkly hilarious The Making of Zombie Wars.

Joshua Levin might not have the best life, but it's good enough. He teaches English to immigrants from Eastern Europe, regularly attends a screenwriting group whose members he mostly hates, and spends time with his Kimiko, his girlfriend, who's just asked him to move in with her. The nation is on edge as President George W. Bush sends troops to fight in the Iraq War, but that doesn't affect Joshua much — he's more concerned about the soldiers in his screenplay than the ones being shipped to Baghdad and Tikrit.

Then things start to unravel. Joshua's landlord, Stagger, a war veteran, has what appears to be a psychotic break, breaking into his apartment for no discernible reason. Joshua starts flirting with one of his students, a married Bosnian woman with a disaffected teenage daughter. And his father reveals that he has been diagnosed with a horrible disease. It starts to seem like the hero of his screenplay — one of the sole survivors of a virus that's turning Americans into zombies — is having an easier time than he is. "There was a time when he could conceive of a life that would permit him to wake up happy in the morning," Hemon writes. "Such a life was now beyond the reach of his imagination, nor could he remember what it would've exactly looked like."

If the plot sounds bizarre, that's because it is. And Hemon works in so many twists, it's unfair to give too much of the story away. But it involves, at various times, a samurai sword, a sexual apparatus that cannot be described here, the world's most annoying kid, and a cat that meets with a bad end at the hands of a very angry immigrant.

Hemon has always had a gift for humor, but he's never written anything as raucously funny and surreal as this. "Dark" is an understatement — although it's endlessly entertaining, it's one of the most cynical novels you're likely to read this year. As Joshua and his father watch a statue of Saddam Hussein being toppled on a TV screen, Joshua reflects: "This year we are slaves. Next year, may we all be free. And the year after that we'll probably be slaves again."

The novel is also relentlessly violent, with more than one hospital scene, and all kinds of brutality being inflicted upon various characters. Hemon presents the bloodshed almost gleefully, and it's made somehow even more unsettling by the humor that bookends each vicious assault. He alternates scenes from Joshua's life with excerpts from his (pretty bad) screenplay-in-progress, and both are juxtaposed with references to the ongoing Iraq War. It leaves the reader wondering who the real zombies in the book are — the undead creatures in Joshua's screenplay or the friends and family he has surrounded himself with.

The Making of Zombie Wars is crazy in the best sense of the word, and very few authors could have pulled it off — even in its most sober moments, it's still essentially absurd. But Hemon is such a brilliant prose stylist, it's impossible not to get pulled in, not just by his sense of humor, but by his startling observations about what makes us human (or something like it).

Pessimistic to the last, Hemon still manages to make the prospect of the end of the world a lot of fun to read about. Or, as he describes it: "The great American cycle: catastrophe prompting reinvention; reinvention resulting in further catastrophe, and on we roll toward apocalypse and redemption."

Read an excerpt of The Making of Zombie Wars