Accessibility links
Tom Brokaw Reflects On Cancer, 'Nightly News' And His 'Lucky Life' The former NBC anchorman says his multiple myeloma diagnosis two years ago made him "more conscious of the fact that the days are more numbered." His new memoir is A Lucky Life Interrupted. 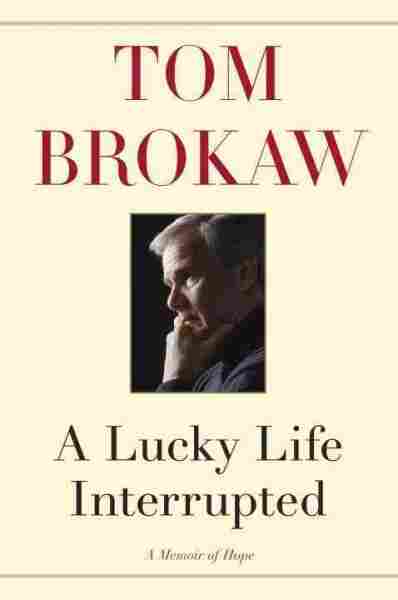 By his own admission, former NBC Nightly News anchor Tom Brokaw has lived a charmed life. "In the seasons of life I have had more than my share of summers," he writes on the opening page of his new memoir, A Lucky Life Interrupted.

But two years ago, Brokaw's good fortune turned when he was diagnosed with multiple myeloma, a blood cancer that has led to bone fractures and pain unlike any he'd known.

"It was paralyzing in a way," he tells Fresh Air's Terry Gross. "There were times when I simply couldn't get out of bed."

The cancer is now in remission, but Brokaw is on a chemo maintenance program that requires him to take a low-dosage chemotherapy pill every day for the rest of his life. He says that while the diagnosis didn't change him profoundly, it did make him "more conscious of the fact that the days are more numbered now. ... I'm looking more carefully at people at the end stage: How they died; what they were like at the end; how they handled it."

I did not expect the doctor to turn to me, as he did, and say, "You have a malignancy. It's called multiple myeloma. You know people who have died from it: Geraldine Ferraro, the first woman to run for vice president; Frank Reynolds, the ABC anchorman." That was all in one pass. I think we all wonder how we would react to that kind of news. ... I was a journalist on the outside looking in on Tom Brokaw the person, and I was reasonably astonished that I was not shocked, I was not in a panic. I was very cool and calm and I wanted to know more. I immediately thought not about me, but about my family.

On thinking about his mortality

I turned 73 before the diagnosis and I do remember thinking, "I'm 73, so what? I'm going to be OK. My mother lived to be 92. I'm just going to keep on charging." I went immediately after that birthday down to South America to bike with friends across Chile and Argentina. I was very active [in] life. It never occurred to me that I was in the mortality zone, even though I knew intellectually and statistically that that was the case. White males now live to be about 76 years old, statistically, and I thought, "I'll just blow through all that." 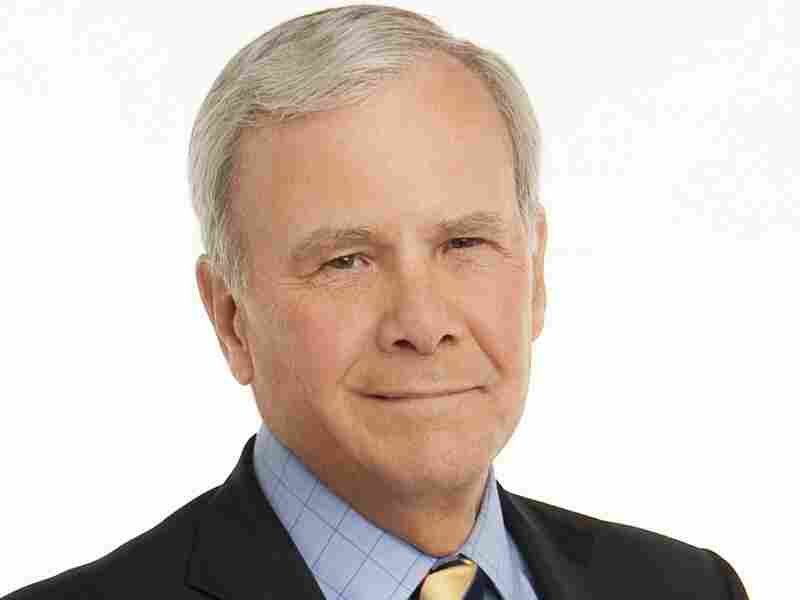 Tom Brokaw served as the anchor and managing editor of NBC Nightly News from 1982 until 2004. Virginia Sherwood/NBC hide caption 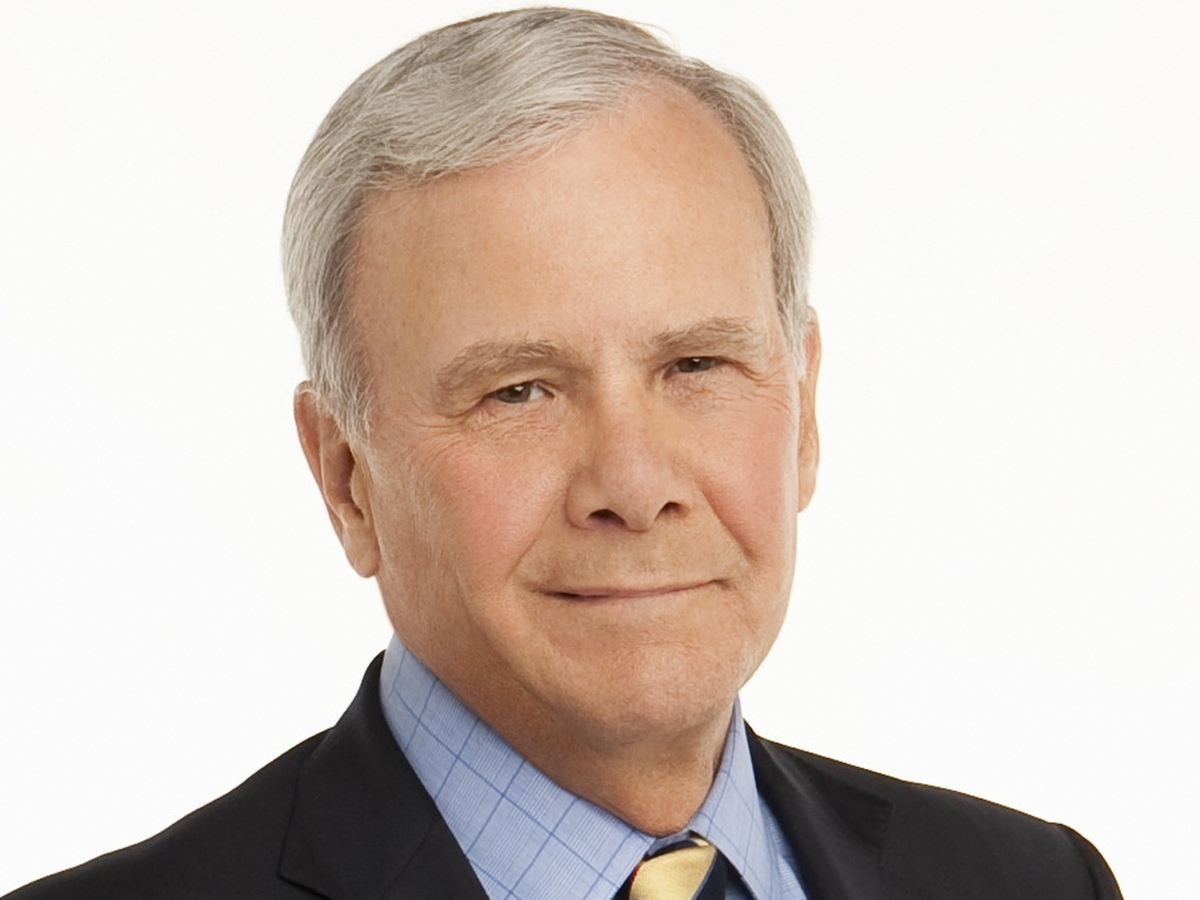 Tom Brokaw served as the anchor and managing editor of NBC Nightly News from 1982 until 2004.

On his big break

I was in [Omaha, Neb.,] and I was working for very little money and it was hard. I was working six days a week and I wanted to get out of Omaha. ... Then one night I get a call from Atlanta, Ga., from WSB, which was [one of] the most distinguished stations certainly in the South, and one of the most respected in the country. They were in the middle of the civil rights movement and the news director said: "We hear wonderful things about you. We've looked at your tape. We'd like you to fly down here. There's an opening in our 11 o'clock news."

Now, I was a 25-year-old white Yankee being invited to come down to be a prospect to anchor the 11 o'clock news in the largest and most important city in the South. I flew down and at the end of the weekend they said, "We've got a job for you." ...

By August of that year, NBC came and said, "We'd like you to go work for us full time." And my boss in Atlanta was not happy but then he said to me later, "We're just not going to be able to keep you, Tom. You go with our blessing." ... My first assignment was to cover this actor who was running for the Republican nomination for governor and the Democratic Party thought that he couldn't possibly win — and I was on the buses with Ronald Reagan and covering his campaign. That was a big break.

Nothing More To Say On Brian Williams, Tom Brokaw Says

On his difficulty pronouncing one letter

I have an "L" issue and I think ... over the years [it has] diminished a lot. I was unaware of it until I left South Dakota, and then I go back and listen to other people in South Dakota and it's not uncommon. In our family we had chronic hearing loss and I really think that it came out of that, that I didn't hear it the right way at the right time. I had a brother who had a really severe hearing loss and as a result his speech pattern is even more pronounced, although it has been a lot better now. I also grew up in working class neighborhoods where we didn't have speech therapists even though I was known as a kid who was talking all the time. ... It didn't really come up until I left South Dakota and I had a wonderful speech coach in Omaha who kind of got me started in the right direction. And I've worked on it over the years but when I get tired is when it shows up most of all.

On what it means to be an anchor

Internally, you're the captain of the team — you're the one the others look to and you help set the pace for what kind of a news division you have, what's important that you should have on the air and how you do it. I always had the reputation, however, of being not just the anchor but someone who listened as well to my colleagues and was not afraid during the 2:30 editorial rundown meeting to have a vigorous exchange about what was important and what we should be covering that day. And then on the air, Monday through Friday doing the news, it's always kind of undefinable for me. You convey something that the public either trusts or it does not trust and it has to do with the content and how you handle the news, but it also just has something to do with your persona.

"The real test of an anchor is when there's a very big event. Sept. 11 is the quintessential example of that, and that day it took everything that I knew as an anchor, as a citizen, as a father, as a husband, to get through it."

The real test of an anchor is when there's a very big event. Sept. 11 is the quintessential example of that, and that day it took everything that I knew as an anchor, as a citizen, as a father, as a husband, to get through it.

On covering the Sept. 11 attacks

I went right to the Today Show and sat down with Katie [Couric] and with Matt [Lauer], who were doing a very good job but this was kind of more in my area, if you will, than it was in theirs, though we worked as a team seamlessly. The first thing that we all agreed on was don't speculate — just report what we know because we didn't know a lot. We didn't know where it was coming from, who was responsible, how many people were still left in those towers. And then gradually, the responsibility for leading the coverage evolved to me and after the second tower went down I thought: I really have to prepare this country in a way for what we're in for. So I looked into the camera and said, "This will change us. We're at war here."

On knowing when to retire

I don't think there was one big nirvana moment. What I did know was that I have so many interests in life and the seasons of news ratings and being an anchorman got in the way of some of that. I had been at it more than 20 years at that point. I had gone to all the big stories of the '80s, which was one of the most fertile times in American journalism, around the world and here as well. And I've always thought that life and my professional life should have seasons and I was now in a season in which I thought it was time to go on and do something else besides be there every night at 6:30 in the chair whether there was something important happening or not.