Accessibility links
B.B. King On Life, Plantation Living And His 'Droopy-Drawers' Sound "I developed in my head that I'm never any better than my last concert or the last time I played," B.B. King told Fresh Air's Terry Gross in 1996. 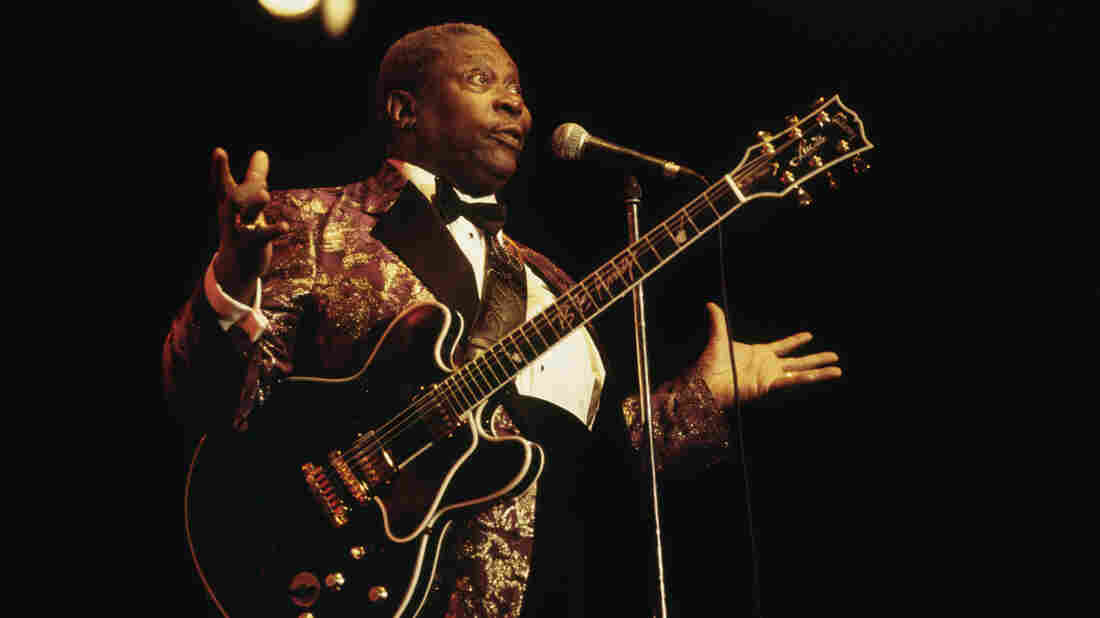 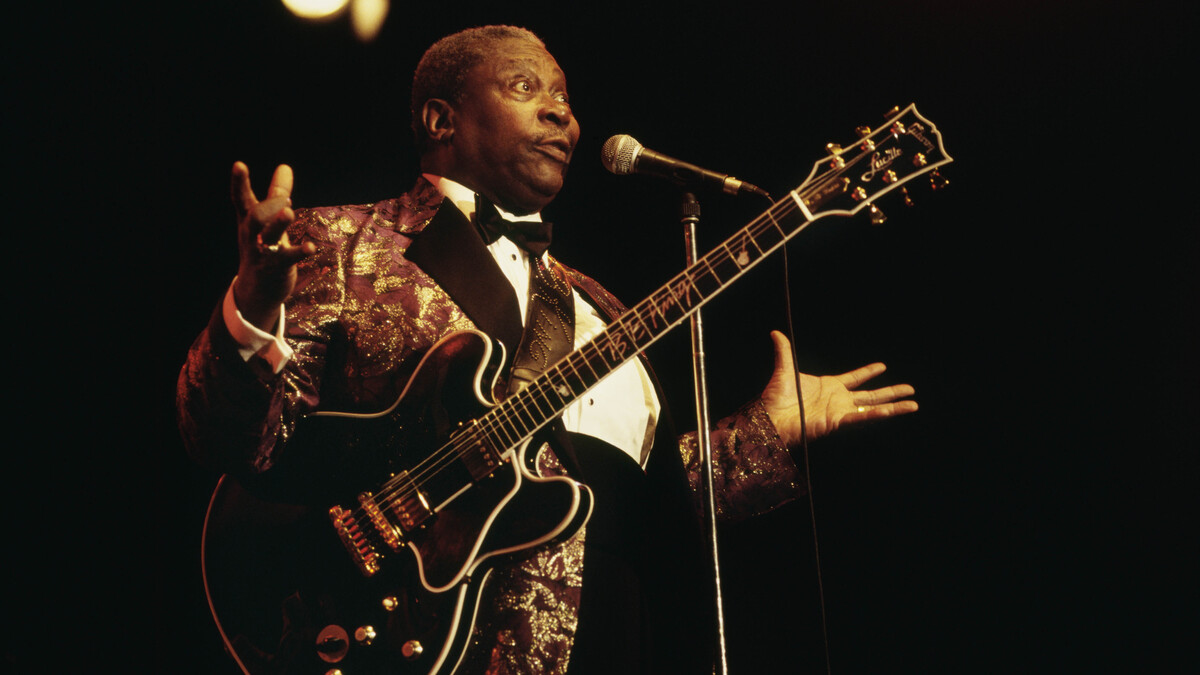 The Thrill Is Strong for 80-Year-Old B.B. King

B.B. King, the legendary blues musician, died Thursday after spending much of the month in hospice care. He was 89.

Born Riley B. King in Indianola, Miss., in 1925, King began his life on a plantation, where he was born the son of a sharecropper. Speaking to Fresh Air's Terry Gross in 1996, King remembered an early life without telephones, electricity or any outside opportunities. "A lot of the people, including myself in the early years, just thought this was it, you raise your families and you get old, you die, your families take over, kids, what have you," King said.

But the world would soon open to the musician. In 1947, he moved to Memphis and began busking on streets with his guitar. Two years later, King made his first recording, and he's been playing the blues, touring and recording ever since.

No matter how many times he performed, King admitted to feeling a rush of nerves whenever he stepped on stage. "I developed in my head that I'm never any better than my last concert or the last time I played, so it's like an audition each time," he said. "You get nervous just before going onstage. I still have that, but I think it's more like concern. You're concerned about the people — like meeting your in-laws for the first time."

On growing up on a plantation in Mississippi

Believe it or not, the people [who] lived on the plantation felt like that this was really home, most of them, and we were being taken care [of] because the boss of the plantation usually was like your lawyer, your judge, your father, your mom. He was your — practically everything. People lived on plantations felt, believe it or not, secure to be there. If they needed a few bucks, usually they could get this from the boss man, and it's taken out at the end of the year...

I somehow later started to feel that there was more for me and a few others. I think the same way with young people today; they feel that they're not really happy with the status quo.

On moving to Memphis

It was like, let's say you leave Cairo, Ill., and you moved to Chicago. Wow! That's what Memphis was like: Wow, great big city. I had never been in a city that large before. ... I felt that it was a place of learning, because I was lucky my cousin Bukka White lived there and I had a chance to meet a lot of people when I came to Memphis. And I would go down on Beale Street and hear all these fine musicians playing, especially on the weekends. Memphis was sort of like Chicago or any of the major metropolitan areas. People was coming through going east or west; in other words, it was sort of like a meeting place, if you will — a port for people traveling from different places. So I had a chance to meet a lot of great giants in the business, jazz and otherwise.

Well, it changed my life in many ways. One thing, financially, because I had been making about $60 a week at this radio station, and I would go out and pick cotton. I would drive trucks and tractors; I did everything to try to make ends meet, if you will, because my music wasn't taking care of me. When I made "3 O'Clock Blues," I started then to get guarantees, maybe like [$400] or $500 a day when I played out, and that made a big difference ... financially speaking, because then I could hire more people to work with me. Made life easier. I could get a driver to keep from having to drive to all the different places by myself, and my wife and I was able to live better, able to pay the band better. I was able to do many things that I hadn't been able to do prior to that. And, of course, [I] was much more popular, if you will. I just started to feel then that I was a real entertainer.

In the beginning, I was really confused about the way the politics ran in music. I always thought if you made a good record, it was a good record. ... Not black, not white, not red or yellow — but people would like it. Some people would like it. But I learned quickly after I got into the music business that there are so many categories and you can get lost. You're like a little fish in a big pond, and more so if you're a blues singer, a blues musician. So I was not really wanting to be a crossover [artist], actually. But I wanted all people to hear it and like it; I was hoping, rather, that they would like it. People like Ray Charles, people like Chuck Berry, all these guys to me were very talented ... all of them were very energetic when it comes to playing music. They didn't play the slow, droopy-drawers music like I did, so I found that maybe that was my reason: that they had things that I didn't have.

On the best advice his manager gave him

There used to be a saying that if a black performer — it was four theaters you had to play and be accepted before you would be accepted as a true entertainer. One of those theaters was the Howard Theatre in Washington, the Royal Theater in Baltimore and the master itself was the Apollo Theater in New York, in Harlem. ... The fourth theater was the Regal Theater in Chicago. My manager said, "Do not go to New York trying to be Nat Cole or anybody else that's trying to be slick, because there are people that are sweeping the floors that are much better than you'll ever be. So the best thing for you to do is go there and be B.B. King. Sing '3 O'Clock Blues'; sing the songs that you sing the way you sing them. All these other people can do all of those other things, but they can't be you as you can be you." That I've tried to keep from then until now.