Accessibility links
Often The Butt Of Jokes, S.C.'s Giant Peach Is Ripe For Renovation The South Carolina landmark that's both loved and lampooned has gained national celebrity. But the peach's bright paint has soured over the years, so it's getting a makeover — to the chagrin of some. 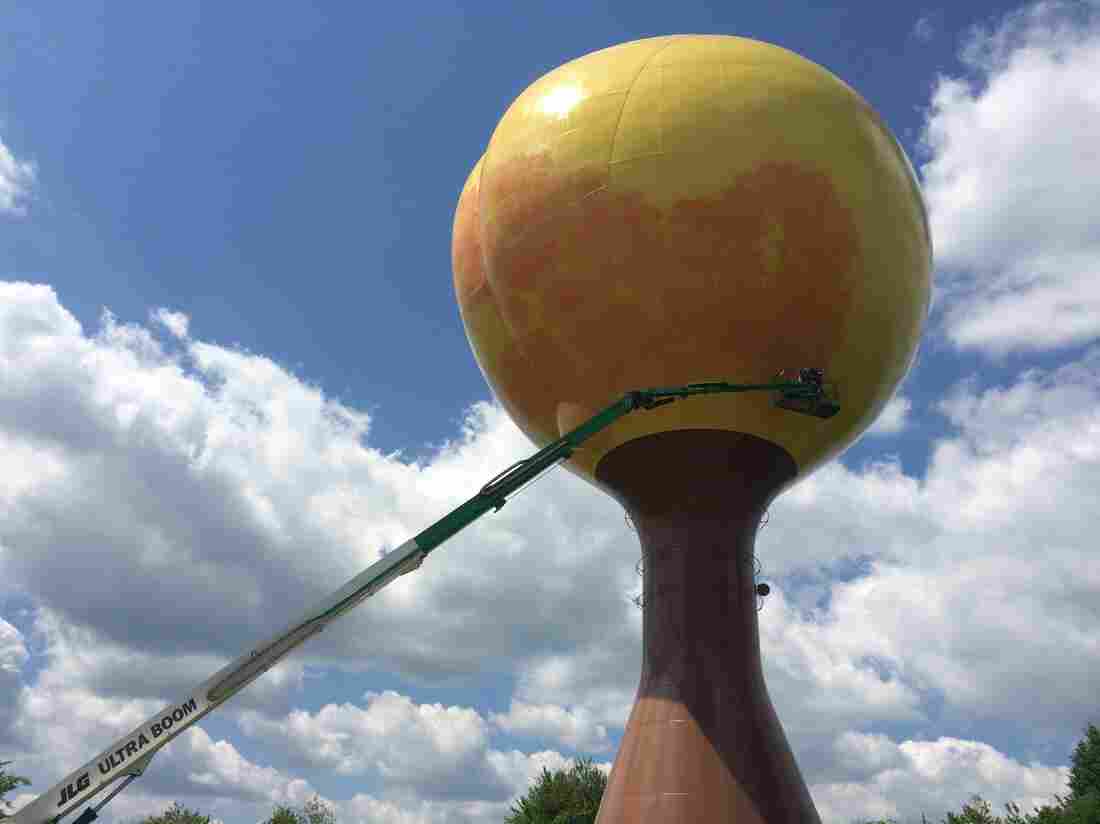 The restoration of the landmark, popularized by a House of Cards episode, has some fans wondering whether the giant peach will lose its giggle-inducing appearance. Michael Tomsic/WFAE hide caption 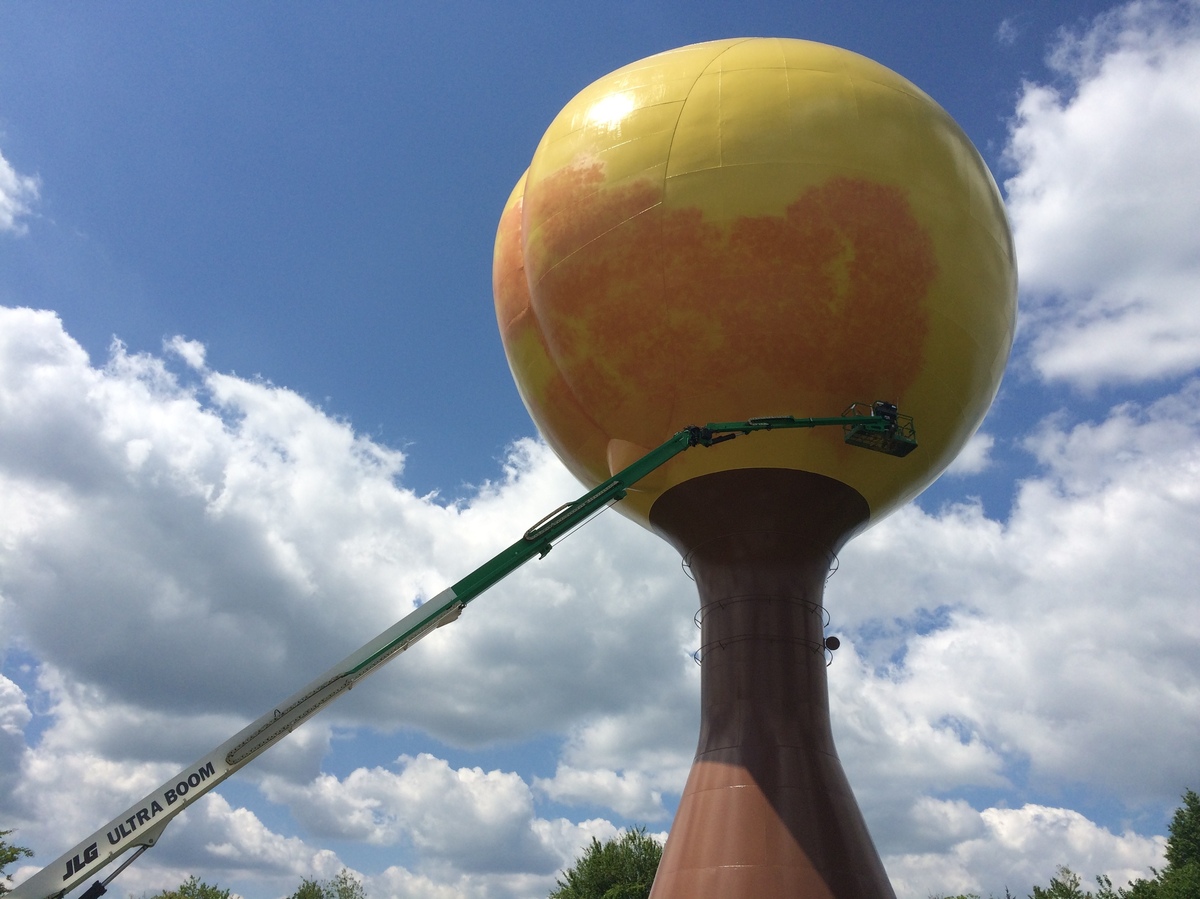 The restoration of the landmark, popularized by a House of Cards episode, has some fans wondering whether the giant peach will lose its giggle-inducing appearance.

You can't miss it as you drive down I-85. The Peachoid, as it's called, is a massive peach-shape water tower near the North Carolina border.

When maintenance crews sandblasted the paint off the water tower recently, people were furious.

Just ask Claire Huminski, with the city of Gaffney.

"We have actually had a lot of people call and via social media complain to us that we are taking down the Peachoid and that we do not need to do that because it is a landmark," Huminski says, "and they were really upset, tweeting angry tweets at me, I'm like, 'We're not taking it down, I promise!' "

In Gaffney, the Peachoid is more than a water tower.

The city's tourism director says she's talked to people from Canada, Germany and Japan, who stopped through this city of almost 13,000 people just to see it.

Some of them first saw it on the Netflix hit House of Cards.

In real life, the tower has never had a thorough repainting since the original job was finished in 1981. So, Eric Henn climbs into a construction lift with a heavy steel door.

Saving The Sweetest Watermelon The South Has Ever Known

Henn rises more than 100 feet with paint rollers and a few shades of orange and yellow.

The longtime publisher of the local paper, Cody Sossamon, says the idea was to create a landmark for an area with a large peach farming community.

"I loved it and still do even though it's, to use the term loosely, the butt of a lot of jokes," he says.

For one, the tower has the colors — and curves — of an actual peach. Looking up at it, Gaffney native Leonard Wyatt says the crease is hard to miss.

"When you see the crack right here," Wyatt says, "going down the interstate, you'll see that's one of the first things you'll see, and people say it's a baby's butt with a rash."

House of Cards played up that idea. Kevin Spacey's character, Frank Underwood, is the subject of an attack ad about the Peachoid: "It's vulgar. It's an embarrassment to the county. But time and time again Frank Underwood has fought to keep it standing."

That episode is the reason James Burroughs pulled over on his way from Atlanta to Raleigh.

"I decided to take a picture today so I can show some of my friends that yeah, see, the big peach does exist," he says.

Burroughs says his friends in Georgia — the Peach State — wonder why it's here. South Carolina actually produces almost twice as many peaches as Georgia, according to the U.S. Department of Agriculture.

Some have asked if the renovation will make the Peachoid look less like a human backside.

The answer is no, says Kim Fortner of the Gaffney Board of Public Works.

"You know it's kind of like, I'm sure you've heard the phrase, 'I don't care what you call me as long as you call me?' " Fortner says. A lot of people know where Gaffney is by this tank."

Even if it is, on occasion, the butt of a joke.