Accessibility links
When Is A Filibuster Not Really a Filibuster? When It Looks Like A Filibuster Filibusters were once reserved for the gravest existential issues. Rand Paul's long hours Wednesday were about liberty, the Constitution and the need to stand out in a field of presidential hopefuls. 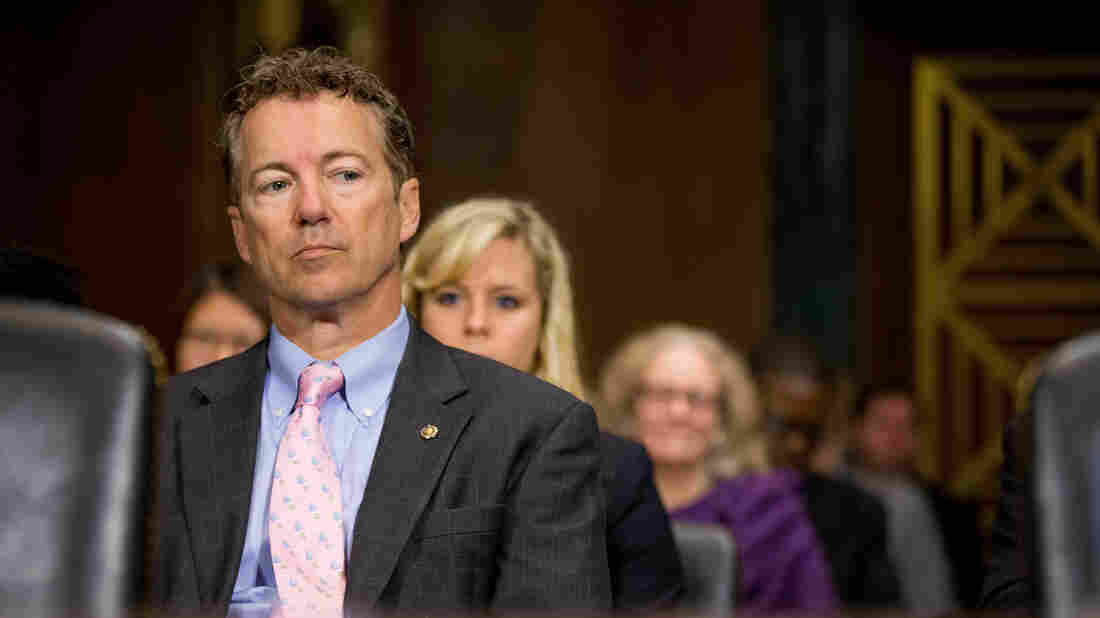 Republican presidential candidate Sen. Rand Paul's 10 1/2 hours on the Senate floor were about liberty, the Constitution and the need to stand out in a field of presidential hopefuls. Andrew Harnik/AP hide caption 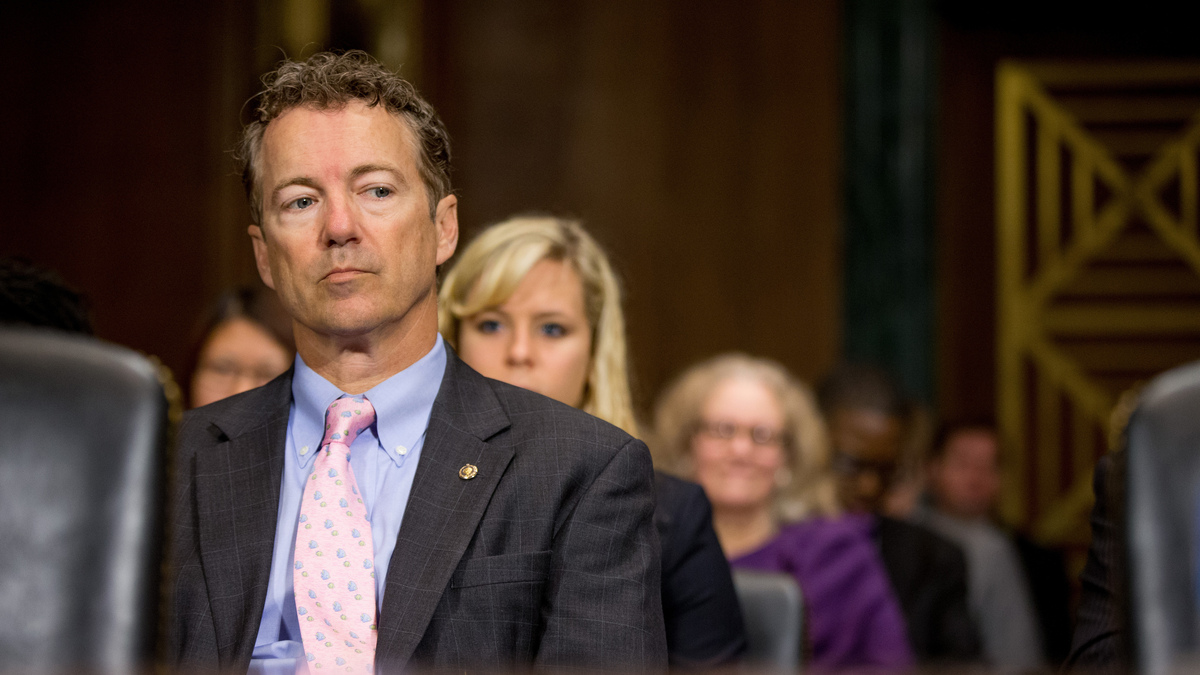 Republican presidential candidate Sen. Rand Paul's 10 1/2 hours on the Senate floor were about liberty, the Constitution and the need to stand out in a field of presidential hopefuls.

Sen. Rand Paul of Kentucky, a Republican, held the floor of the Senate for 10 1/2 hours Wednesday afternoon and evening, airing his objections to the NSA bulk collection of telephone records in the U.S.

It was none of the above.

What is a filibuster? It's a senator or group of senators exercising their right to unlimited debate. If pursued in earnest, it can keep a piece of Senate business off the floor indefinitely. The chamber's majority leader can either remove the issue at hand from consideration or file a motion to invoke cloture.

Once cloture is invoked, a set period of debate may ensue, followed by a debate on the issue itself.

The requirement for cloture was originally two-thirds of the Senate. In those days, filibusters were reserved for the gravest existential issues. Southern senators used it to defeat civil rights bills for decades.

But after the requirement was lowered to three-fifths (60) in 1974, senators came to embrace the filibuster as just another tool. With each decade since, the use of it has proliferated. Cloture votes are now a regular event.

But you wouldn't know it because the virtual filibuster typically goes on while the Senate is doing other business. The filibustering senator or senators may not even appear on the floor to debate the issue itself.

So what Paul did was rather the opposite. Knowing he could not really prevent the Senate from considering a renewal of the NSA data collection program as part of the renewal of the Patriot Act overall, he performed the old-fashioned "live filibuster" largely for the cameras.

This is not to say his opposition to the program is insincere. He clearly opposes it, as do the three other Republicans who joined in on Wednesday and the seven Democrats who did so as well.

But by carrying the torch for this group and illuminating the privacy issue, Rand Paul was also casting some dramatic light on his own candidacy for president.

Rand Paul's long hours on the Senate floor were about liberty, the Constitution and the need to stand out somehow in a crowded field of GOP hopefuls.

In practical terms, however, public perceptions aside, Senate Majority Leader Mitch McConnell filed for cloture on a bill renewing the Patriot Act with the NSA bulk collection program intact for two months. He also filed cloture on another bill, passed by the House by a wide margin, that would renew the Patriot Act without that NSA feature.

Either or both could see a vote on the Senate floor before the body leaves for its Memorial Day recess.