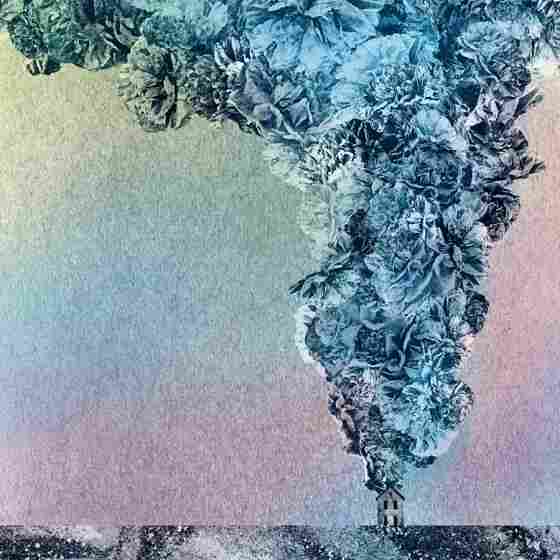 Josh Martin is a person. Daughn Gibson is a persona — Martin's performance persona, to be precise. A persona is a good vehicle for telling stories, particularly ones like "I Bled To Death," which kicks off the third Daughn Gibson album, Carnation. It's a tale of the narrator's wakeup from an eternal sleep and return to, in his words, "the worst of the world," scored against a chopped vocal sample, pedal-steel guitar and a bit of keyboards to lighten an impossibly somber mood. A move like this ought to signify the start of a dark ride, and for the most part, Gibson keeps us there, outlining dark and alluring tales of horror and despair, human struggle and eternal regret.

Gibson's 2012 debut, All Hell, consists of nothing but his deep croon (think David Sylvian bending toward an impossible stratus of basso profondo) and arranged samples from records he'd acquired at thrift stores. That album straddles a difficult divide of country music and minimalism, while its follow-up, 2013's Me Moan, ups the budget considerably, putting Gibson in the company of a diverse trio of backing musicians: Baroness' John Baizley, Brokeback's Jim Elkington, and Matt Franco of the noise act Air Conditioning. But the critical response was unfairly mixed, due in part to even greater genre schisms and a general sense of masculinity in overdrive. The latter peaks in the beyond-the-pale string bend of "Kissing On The Blacktop," which missed a good shot at ending up in a truck commercial.

Carnation, with hindsight in its favor, gives Gibson the ability to keep on stretching his narratives, but it also wisely pomades some of his wildest hairs. The country urges are tamped down to the occasional guitar line and qualities of Gibson's singing voice, giving the music a chance to open up to breezier vistas. These are mostly pitched between Tangerine Dream's '80s material and soundtracks, Sylvian/Japan, Danny Elfman and '80s radio pop groups like a-ha, a mixture of influences and ideas that's remarkably compelling when set against such visceral tales. A haunting, vampiric strut, "For Every Bite" is an obvious standout; deliberate and sinister, the song is leavened with a seven-note piano lead that hangs over the break like bats in a cave. That same sense of doom is revisited in "Shine Of The Night," a horrific tale of casualties witnessed while serving in Iraq, set to a propulsive Krautrock rhythm. In that song, Gibson reminds us, "You die when you die" before a burst of saxophone glides across the fraught terrain.

A cast of unfortunates, due to both reality (the shock of waking from a dream world in "Shatter You Through") and circumstance (a struggle to kill the macho within in "A Rope Ain't Enough," an unstable mind coping with its sexuality in "Daddy I Cut My Hair") lend Carnation more weight than most pop artists this side of Antony & The Johnsons could wisely carry. But, as on his earlier albums, Gibson's persona is up to the task. Across all three records, and on this one in particular, there's a reach of ambition that never gets mired in artifice or inconsistencies; this is surprising, complex music that deals with stories difficult to tell outside the printed page. Gibson leads listeners through them on the rumble seat, without so much as a lap belt or handhold to keep us steady.