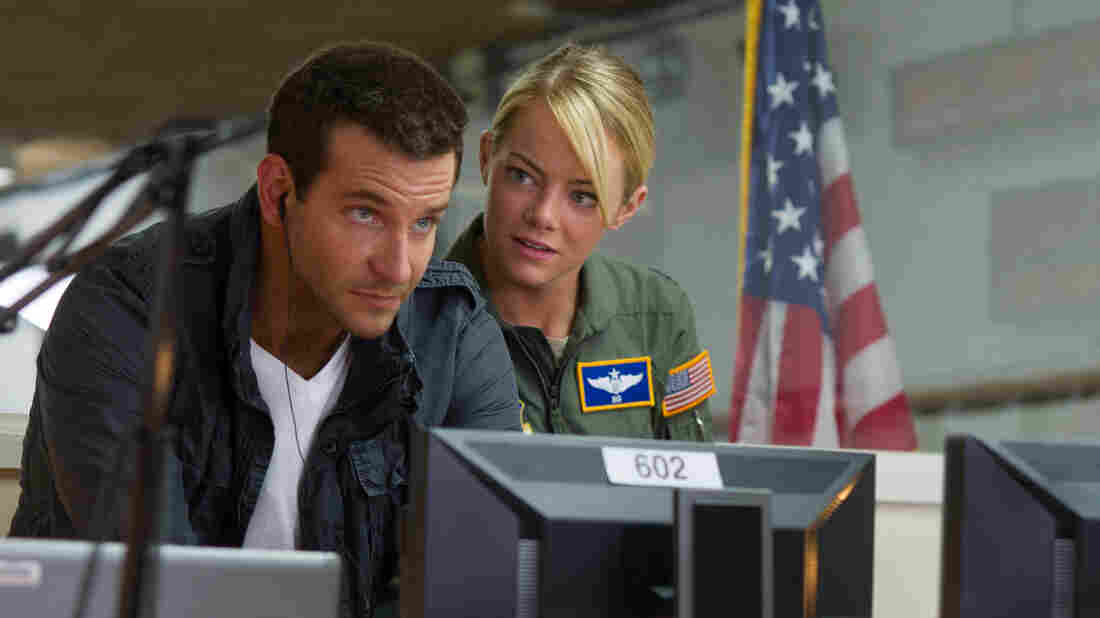 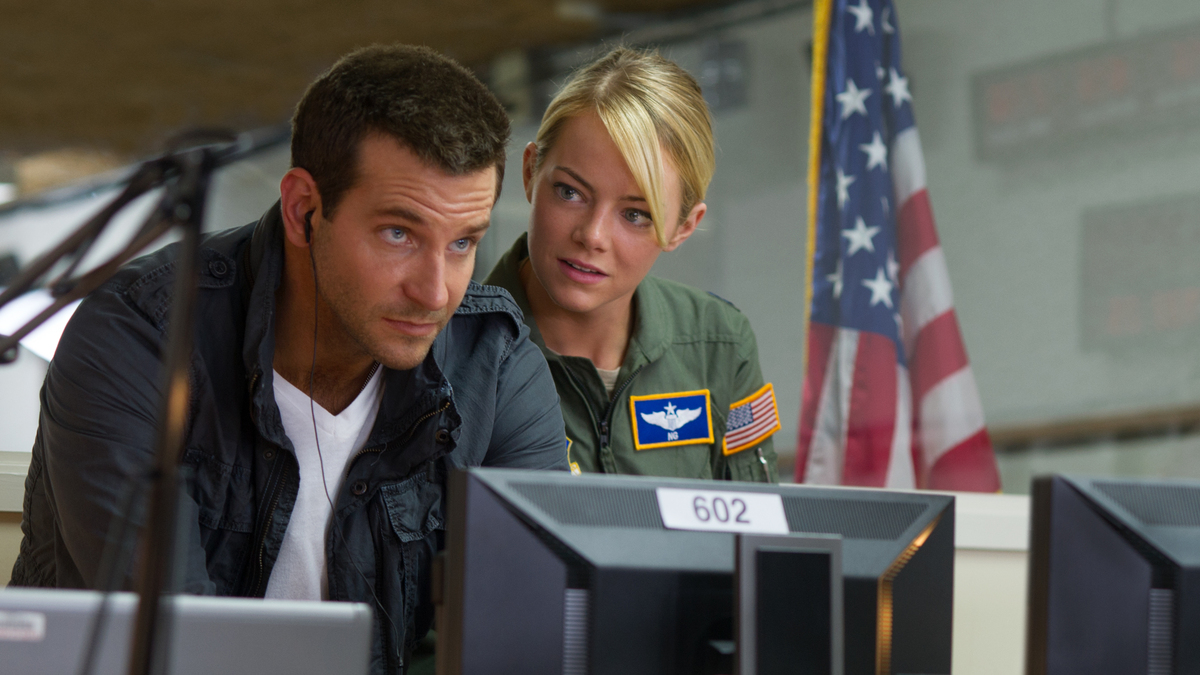 It's hard to tell what, exactly, Bradley Cooper's deal is in the imperfect yet oddly compelling tropical dramedy Aloha. His character, Brian Gilcrest, is a military contractor assigned to oversee a ceremony in Hawaii that will allow his employer to launch a new satellite of dubious motives. That part's easy enough. After his role in the megahit American Sniper, it's intriguing to see Cooper playing what amounts to a cynical, bizarro-world version of Chris Kyle.

But Brian also has a long and troubled personal history, which seems to have a parallel in the film's long and troubled production. He's ping-ponged between military and civilian life; between ground, air, and space (he has worked with NASA); between professional success and disgrace (he did something unsavory in Kabul some time ago); between Hawaii and elsewhere; and between lovers, naturally. Much of this unfolds in one of those upbeat, hard-rock montages so beloved by Aloha's writer-director, Cameron Crowe. But while tracking, say, sports agent Jerry Maguire's rise and fall from grace in 1996 felt brisk and exciting, getting an info-dump on Brian just weighs us down when we should be enjoying the scenery.

The confusing backstory — perhaps a telltale sign that Crowe has been tinkering with Aloha's script since 2008, when the film was originally scheduled to shoot with a different cast — means it takes us some time to realize just how significant it is for Brian to return to Hawaii. It gives him a chance to reconnect with his ex-girlfriend Tracy (Rachel McAdams) and see the family she has built with the also-ran in her life, the practically mute Air Force pilot Woody (John Krasinski, doing great things with extended silences).

There's lots of regret in the air, but Brian has a new pretty face to keep his mind off the one that got away: fighter pilot Capt. Allison Ng (Emma Stone), who has been assigned to his charge during his stay. Ng allows her love for the island, and for her job, to spill over into love for Brian. She's also one-quarter Hawaiian, a fact she repeats often. For many viewers, any enjoyment of Aloha, whose title has been criticized by native Hawaiians, will hinge on how many times they can hear Emma Stone insist she's part-Hawaiian without exploding.

Aloha feels like a more straightforward romantic comedy than Crowe typically makes, but its best moments are when it breaks away from the love triangle to attempt a more complex story about land, country and myth. There's drama surrounding the love-hate relationship between the military and private contractors, as personified by small roles for all-star bit players Alec Baldwin (as a general) and Bill Murray (as the tech megalomaniac who employs Brian). The film also touches on simmering resentment from native Hawaiians over American colonization of their island: Brian needs an endorsement from real-life Hawaiian nationalist Dennis "Bumpy" Kanahele (playing himself) so the contractors can build a rocket launch base over ancient bones.

As he has often shown in his films, Crowe knows his way around a chaotic set piece. Two sprawling scenes, one at an airport tarmac and one at an all-night party, show every major player interlocking without ever losing momentum. Later, a bizarre climax involving a satellite and a pop-culture sound collage should be admired for its willingness to go for broke, even if it makes zero sense. But the rest of the film feels too gooey, too rote — an awful lot of Cooper and Stone (who, as charming as she is, seems miscast) making flirty faces at each other while McAdams looks on wistfully. A running discussion about Hawaiian legend and ownership of the sky never quite jells with the decidedly non-mythic romance at the film's center.

Crowe has reached an unenviable position as a filmmaker. He made three excellent movies in the 20th century, and then had the audacity to keep working into the 21st. Modern audiences and critics may associate Crowe less with his era-defining works Say Anything, Jerry Maguire, and Almost Famous and more with the corn flakes of Elizabethtown and We Bought A Zoo. But even through his Sappy Period, which more or less continues with Aloha, Crowe displays a willingness to reach for ambitious ideas and bighearted, emotionally naked moments that other name-brand filmmakers are too terrified to explore. Aloha is a big mess, but it's also at war with American cynicism, and wars get messy.