Accessibility links
The Gibson Brothers On Mountain Stage Leigh and Eric Gibson evoke the sounds of classic sibling duos like The Stanley Brothers. 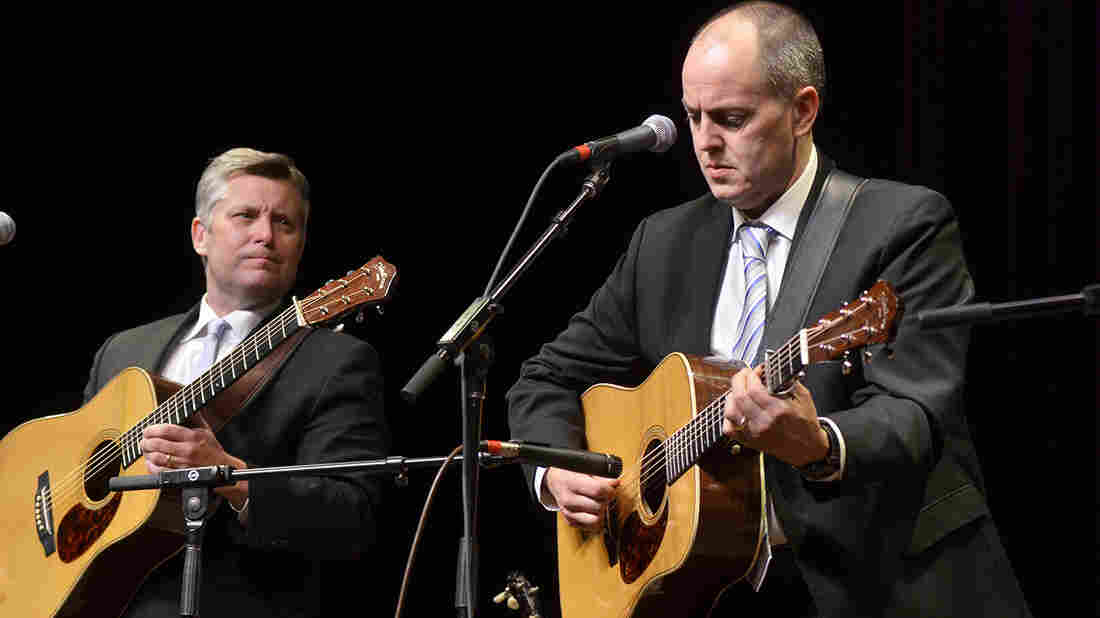 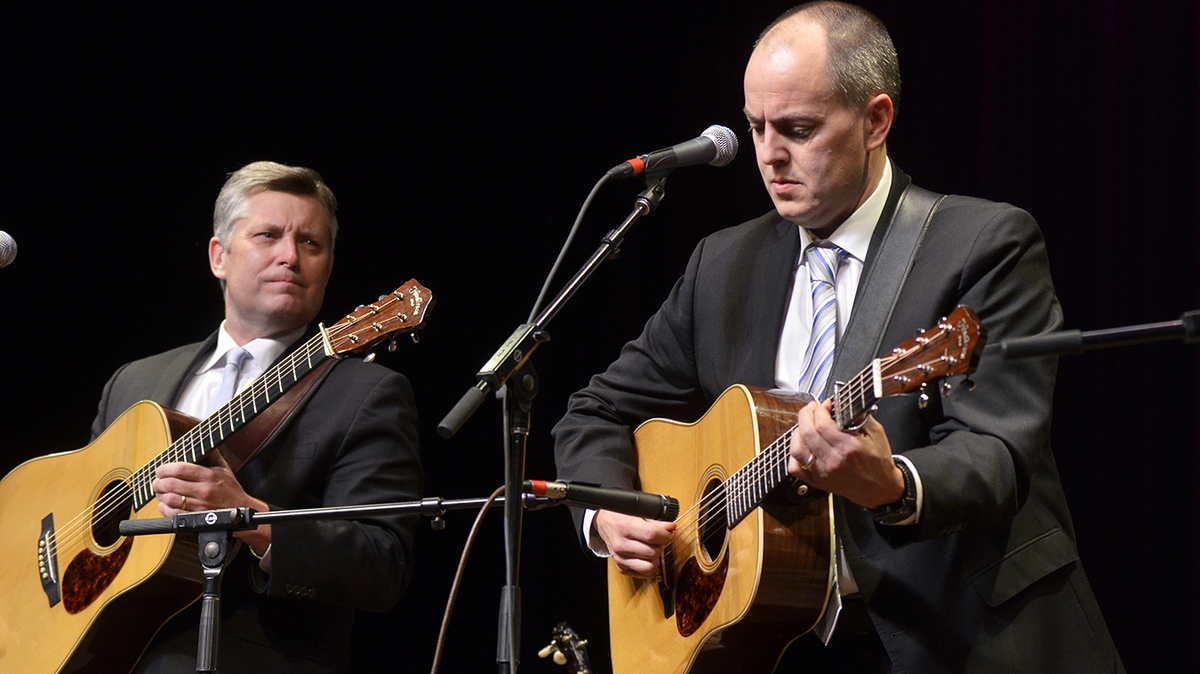 The Gibson Brothers On Mountain Stage

The Gibson Brothers On Mountain Stage

The Gibson Brothers appear on Mountain Stage, recorded live in Charleston, W.Va. Since they emerged in the mid-1990s, Leigh and Eric Gibson have won nearly every award and accolade bluegrass has to offer, including back-to-back Entertainer Of The Year and Vocal Group Of The Year awards from the International Bluegrass Music Association.

The Gibsons evoke the sounds of classic sibling duos like The Stanley Brothers, Jim & Jesse and West Virginia's own Lilly Brothers. They even take on music from outside the bluegrass canon; here, they open their set with the sounds of early rock pioneers Don and Phil Everly. Jesse Brock joins the Gibsons on mandolin, along with Clayton Campbell on fiddle and Mike Barber on upright bass.