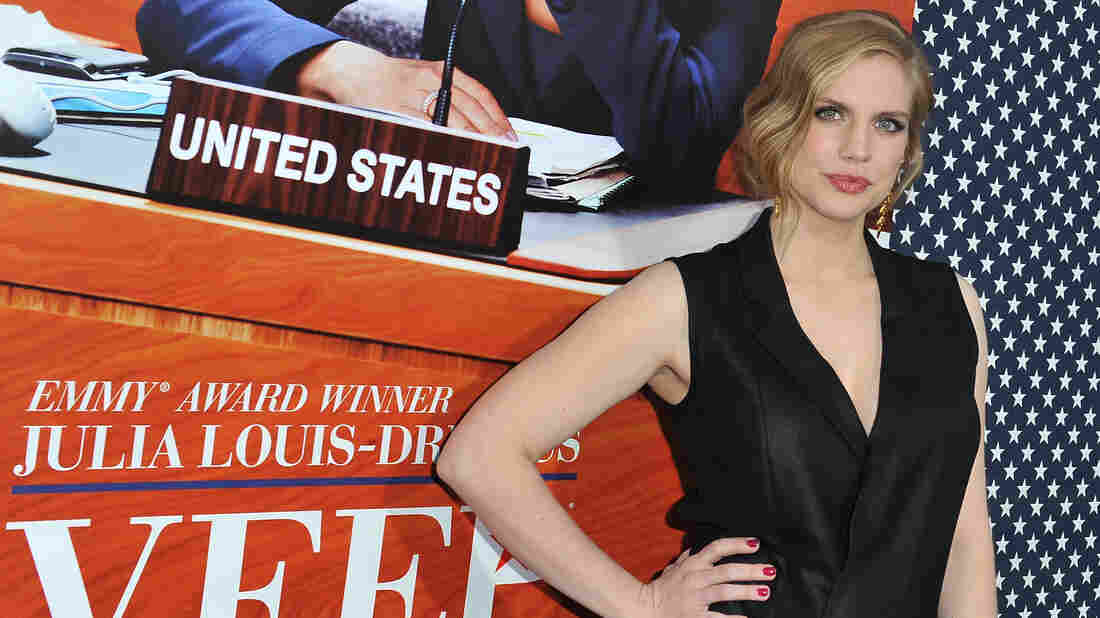 After a successful career as a child actress, starring in films such as My Girl and Trading Mom, Anna Chlumsky walked away from the big screen and went back to school. But while working as an editorial assistant at HarperCollins, she began feeling an itch. "There was a month where I was really open to [the question] 'what should I do with my life?'" Chlumsky told Ophira Eisenberg at The Bell House in Brooklyn. "And I'd get signs from the universe."

After one of those signs — a psychic advising her to get back into acting — Chlumsky enrolled in the Atlantic Acting School in Manhattan. From there, she went on to appear in 30 Rock, Law & Order, and a production of the play Unconditional at New York City's Public Theater. Most recently, she was cast in HBO's Veep, where Chlumsky plays the campaign manager to Julia Louis-Dreyfus's now-President.

"I think that we're in the next phase of expanding the repertoire for female characters," Chlumsky said. "We needed to prove that we could be smart and powerful... and now we can prove that we [are] smart, powerful and flawed. Which I think is even more honest."

Working in publishing, Chlumsky became intimately familiar with science fiction and fantasy books. So in this week's VIP game, we quizzed Anna about the one fantasy series to rule them all — The Lord of the Rings.

What Capitol Hill thinks of Veep

There's a great reception among staffers, among elected officials. They find the portrayal accurate. People say, "You have no idea how right you're getting it."

One of the things that pushed Anna Chlumsky back into acting

I was getting my nails done and Roberta Flack was there. I met her, and she knew what I had [starred in] as a kid, and she said, "You should go back in." I said, "I'm done," and she gave me this look, like, "Honey. You're done?"

Heard in Veep of the Rings