Accessibility links
David Oyelowo Flies Solo In HBO's 'Nightingale' Oyelowo, who won accolades in 2014 for Selma, here works alone on camera in a dramatic film about a man coming undone in his mother's house. 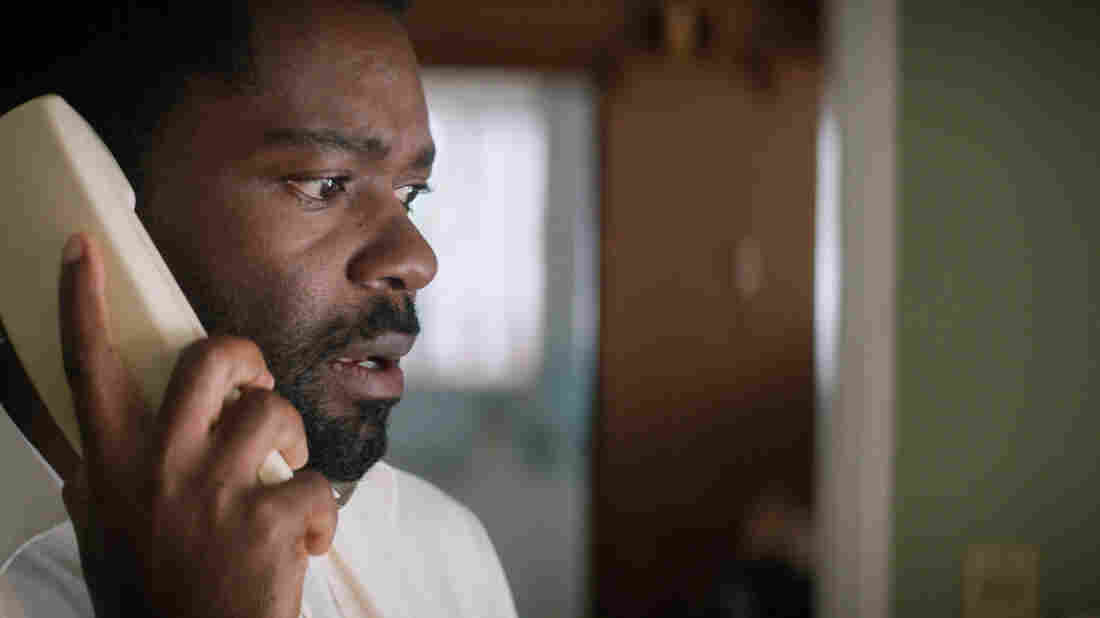 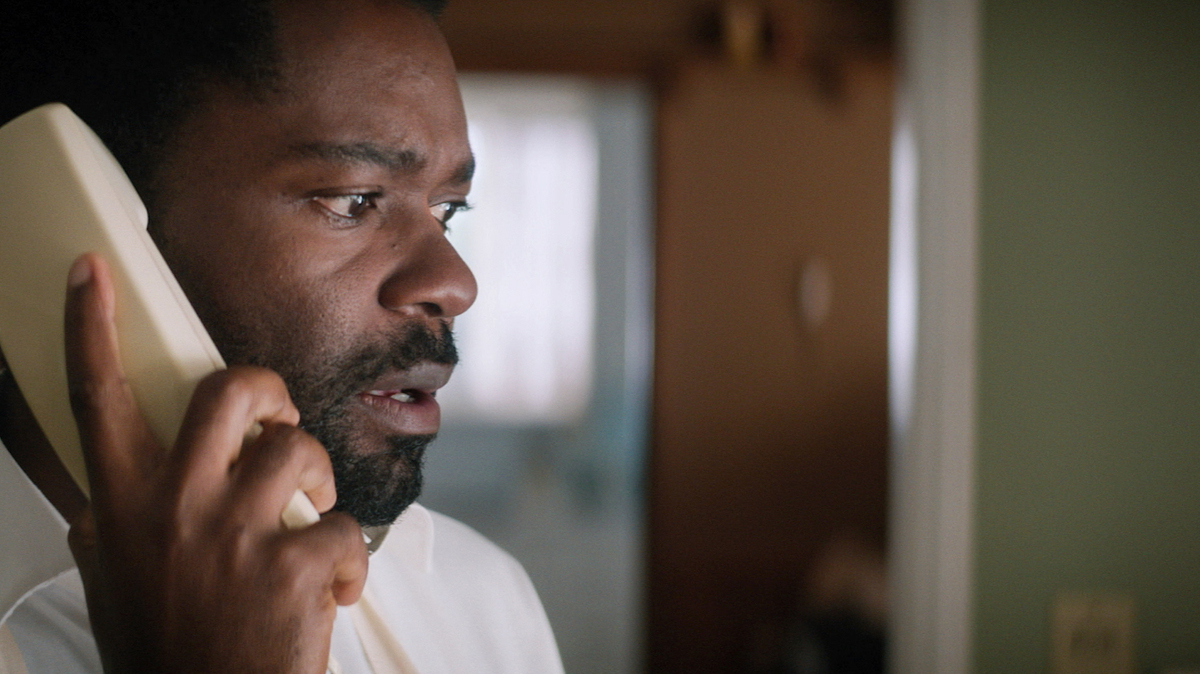 Inevitability has a crucial role in lots of good dramatic works, and every good use of it gives lie to the idea that it's definitionally incompetent to create anything "predictable." From the opening minutes of Nightingale, a new film airing on HBO Friday night starring David Oyelowo (Selma), there is only thick dread about what is going to happen to Peter Snowden, the only character on screen for the nearly 90-minute running time. But still, it maintains a certain dramatic momentum, powered by Oyelowo's performance, Frederick Mensch's script, and Elliott Lester's claustrophobic, off-kilter direction.

We find Peter alone in a house he seems to share with his mother. He's in distress for reasons that will quickly become clear, speaking into a camera for an imagined online audience it's easy to imagine may not actually be waiting to see him. While the whole film could easily turn into a pedestrian affair involving a man monologuing into the lens for an hour and a half, the script is more inventive in figuring out ways to move the story forward and explain the path that brought Peter to this point without bringing anyone else into the frame: he talks to himself, talks on the phone, dictates letters in his head. Peter is a veteran, and he's had a lot of problems, and what he wants the most is to have his best friend, Edward, over for dinner. There's more at stake than that, of course, but those are the fundamentals.

Oyelowo's greatest gift in Selma was total immersion: his Dr. Martin Luther King, Jr. was fully formed and drawn crisply right to the very edges. Peter here is the same way: even as he seems first troubled and then something more profound than troubled, Peter retains an individual personality, both defiant and eager, and sometimes even funny. He contains frightening anger but also an awkward desperation to connect.

One-person projects can take on an air of artificiality, like writing a novel without any pronouns just to see if you can do it. But Peter's isolation never feels like a gimmick; this man in this situation would, in fact, be and feel alone. Scenes, whether in films or on television or in plays — and there is something theatrical in the feel of Nightingale — often involve multiple people not for authenticity, but in order to provide characters with friction and reaction so that they can be fleshed out. Oyelowo, Mensch and Lester build Peter's world in the film from the same stubbornly internal point of view that so pains Peter himself.

There's an honesty in the home environment, too: the production design and art direction are working in effective tandem with the direction and cinematography to create the sense of an ordinary working-class home on a couple of ordinary days — a sense of place that often proves strangely elusive on film.

It's hard to lock in, sometimes, on a movie that feels like it's marching toward the only place it can possibly go. But the careful layering of the experiences and emotions that influence Peter's choices, along with expert massaging of the tension that exists from the start, make Nightingale a sad but satisfying film.