Accessibility links
Review: Arthur Russell, 'Corn' A new collection gathers some of the great musician's unreleased recordings from 1982-83, with each song culled from Russell's prodigious tapes by one of his closest and most devoted listeners. 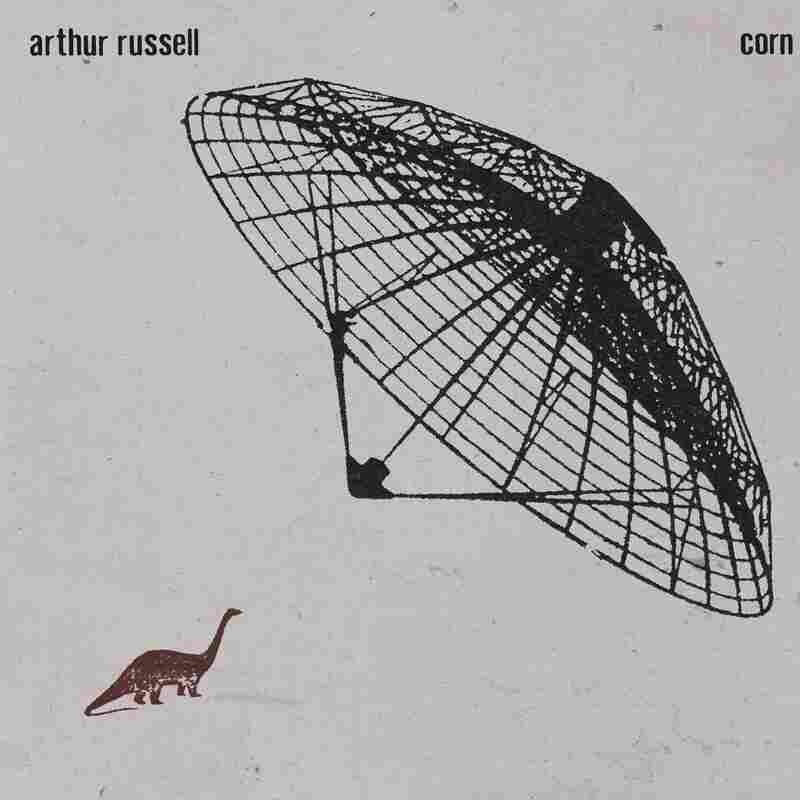 To those who adore his work, Arthur Russell was a sort of musical saint whose flittings between styles — disco, pop, folk, rock, quasi-classical stirrings from solo electric cello — were evidence of a divine being on earth. Before his death in 1992, Russell mingled with fellow artsy minds in downtown New York (among them David Byrne and Allen Ginsberg), but his legacy did most of its growth after his passing, with reissues and archival releases adding to the lore with every homespun note. Here's another: a collection of unreleased recordings from 1982-83, culled from Russell's famously prodigious tapes by one of his closest and most devoted listeners.

The Audika Records label was started in 2004 to honor Russell's work, and its mastermind, Steve Knutson, has rescued bounteous charms from all-but-certain oblivion. Calling Out Of Context, First Thought Best Thought, Love Is Overtaking Me — these are just a few of the collections to which Corn is a new addition, with songs that will be familiar to Russell followers in new and, as has become custom, slightly different versions that deliver more than slight rewards. "Lucky Cloud" opens the set with Russell in loose and jaunty form, as he hums and scrapes his cello over the top of what sounds like a rudimentary keyboard beat. The best-known version of the song (from his 1986 album World Of Echo) is murky and a bit morose, but this one is highly spirited, with Russell nearly scat-singing as he bops along.

Some of the tracks here are raw, to be sure: No one will mistake "Corn" and "Keeping Up" for anything other than sketchy demos, but even those offer a useful view into Russell's recording process. In "Corn" (which picks up again later in a nearly 10-minute form), you can practically hear Russell listening to himself as he plays and tries out different ideas involving timing and tone.

Other tracks are more expressly revelatory. "See My Brother, He's Jumping Out (Let's Go Swimming #2)" moves to a beat as fleet as any Russell ever made, and its spell of celebration and release by way of horns at the beginning is a blast. That it could count as a cast-off moment in any context is crazy, but such is the miracle of Russell's specialness and sensitivity in any setting.