Accessibility links
Bringing Music And A Message Of Hope To Native American Youth Teens living on reservations often face a daunting array of hurdles. To help them cope, Navajo sibling musicians Clayson and Jeneda Benally are working to inspire students to write songs of their own. 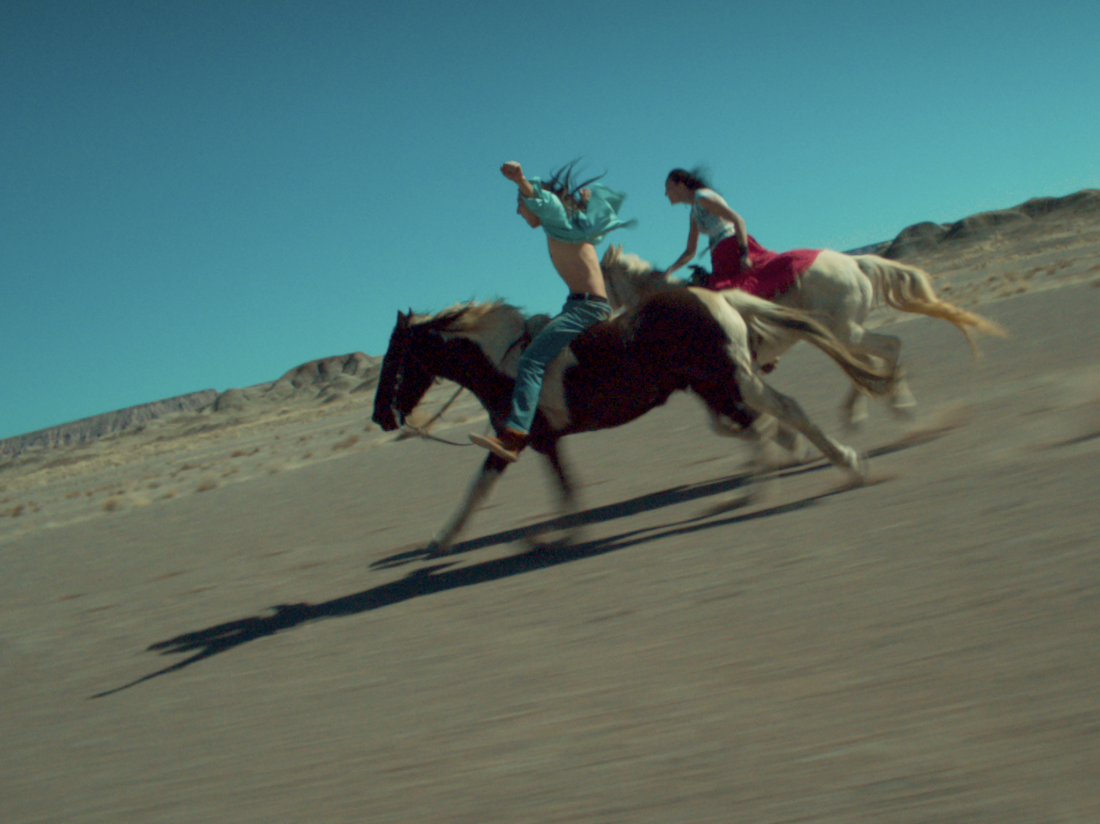 After years as punk rockers, Jeneda (right) and Clayson Benally formed the band Sihasin, which means "hope" in Navajo. "We have every possibility to make positive change," says Jeneda. Courtesy of Sihasin hide caption 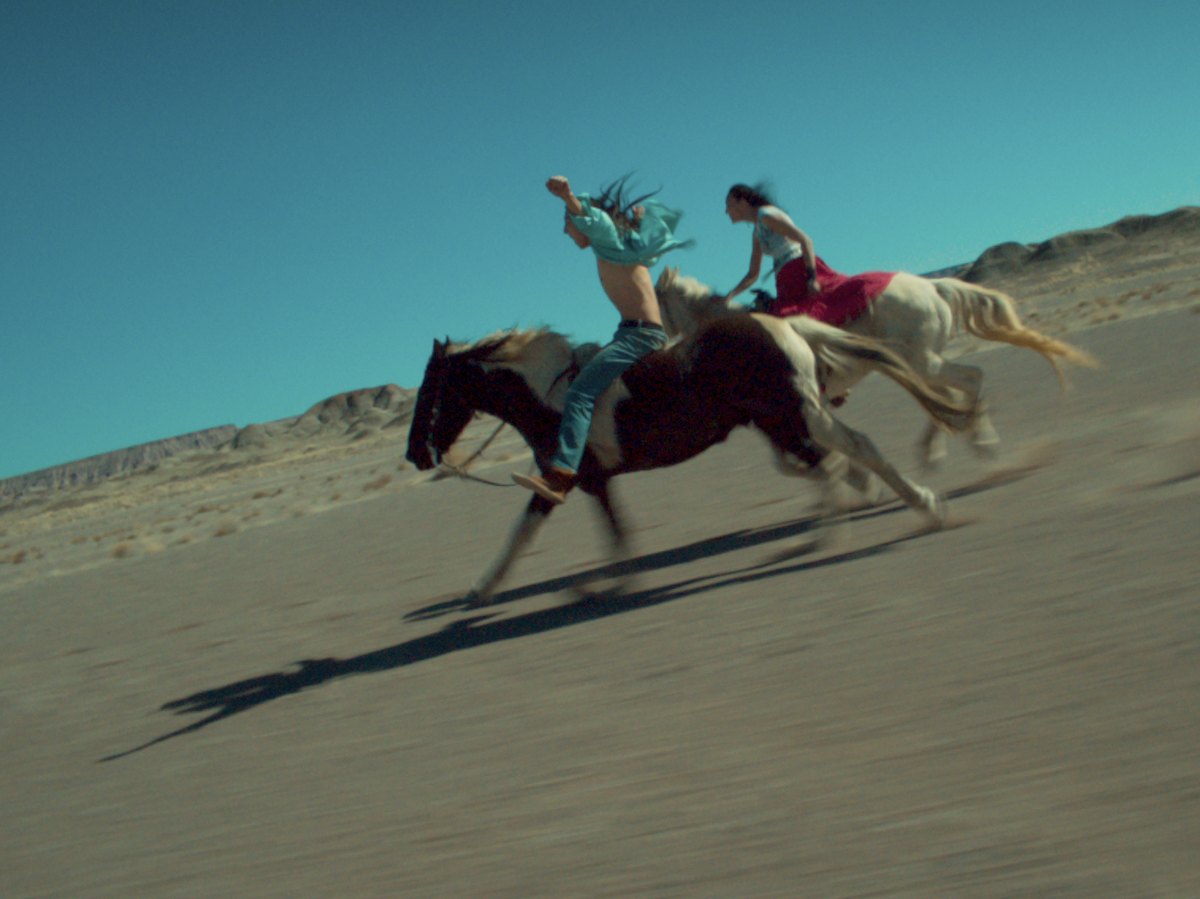 After years as punk rockers, Jeneda (right) and Clayson Benally formed the band Sihasin, which means "hope" in Navajo. "We have every possibility to make positive change," says Jeneda.

Native American youth living on reservations can often face an overwhelming array of challenges, including poverty, addiction and abuse. Partly because of hurdles, high school dropout rates and suicides are far higher on reservations than the national average.

At a time when native teens are desperate for guidance, siblings from one Navajo family are mentoring them, helping them find their own way in traditional culture, contemporary music and — eventually — careers on and off the reservation.

Clayson, Jeneda and Klee Benally grew up on Black Mesa in northern Arizona, a place at the center of a land dispute between a coal mining company and the Navajo and Hopi tribes. The children of a traditional healer, they grew up protesting the coal mine and couldn't ignore what they saw as oppression and abuse of power. So they formed a punk rock group in the early '90s called Blackfire.

'Blackfire' Siblings Rock It Out

'Blackfire' Siblings Rock It Out

"There was a lot of anger," Clayson recalls. Starting the band and performing was a way of "channeling that anger and frustration and putting it into something positive, as well."

Now, about two decades later, Klee Benally has become an activist, and Jeneda and Clayson have formed a new band called Sihasin, which means "hope" in the Navajo language.

"With Sihasin, everything is kind of reversed, the energy," says Clayson. Unlike Blackfire's aim, he says, the goal with Sihasin is to "make people dance. Let's make people move and feel good, you know — not just smash stuff."

Parenthood made Jeneda stop and think about the message she wanted to send her kids. "I want my children to have hope," she says. "I see the world as a different place. And I recognize that we have every possibility to make positive change."

She and Clayson are bringing that hopeful message to schools all over Indian Country, where they teach Native American youth how to write their own songs. Jeneda says that she's helped teens in times of desperation find the right words in a song. 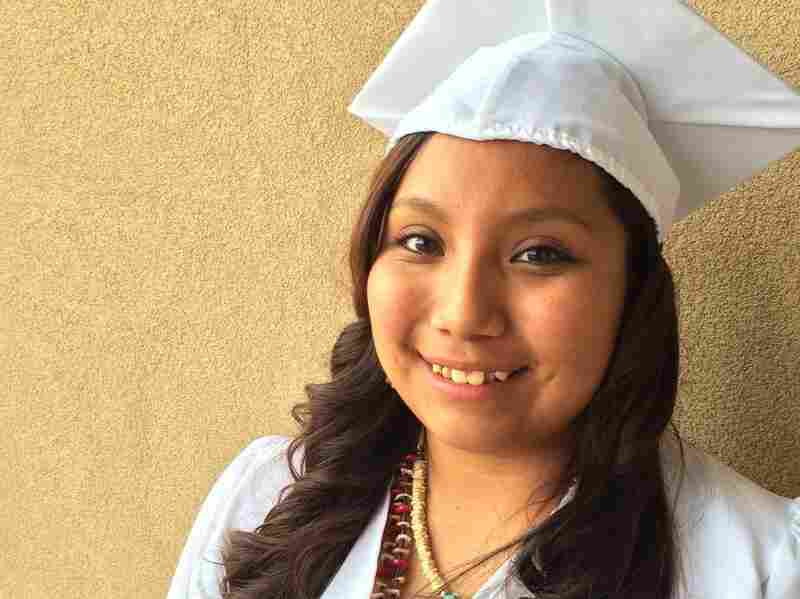 As Crystal Puhuyesva, 19, graduates from high school, she says family, friends and the Benallys have inspired her to fulfill her dream of becoming a nurse. Laurel Morales/KJZZ hide caption 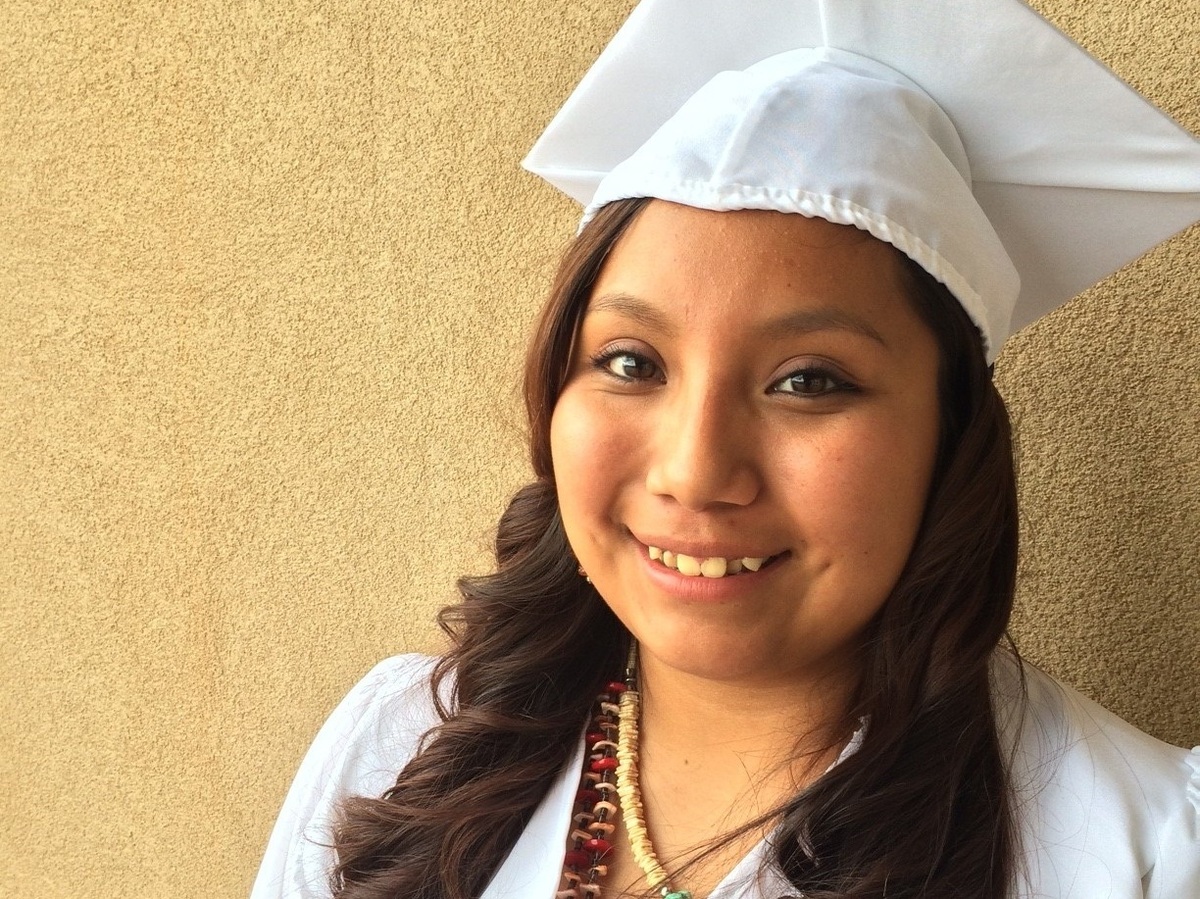 As Crystal Puhuyesva, 19, graduates from high school, she says family, friends and the Benallys have inspired her to fulfill her dream of becoming a nurse.

"Music is powerful," she says. "Music can absolutely save lives."

At Leupp High School, on the western edge of the Navajo reservation and about 45 miles northeast of Flagstaff, Ariz., only 9 of 19 seniors are graduating this year. The class asked the Benallys to speak and perform at graduation.

Crystal Puhuyesva, 19, heard the message. "I wish I had gotten this speech a long time ago," she says. She'd been held back and pulled in and out of schools on both the Navajo and Hopi reservations. But an uncle believed in her, and then she met the Benallys, who have inspired her to graduate and achieve her goals.

"With all their encouragement, their words, it just — it woke me up," says Puhuyesva. "I do want to pursue my dream of becoming a nurse."

The message that motivated her is essentially this: As Navajo and Hopi, you have a strong native foundation and culture. Embrace it. Then make it your own.

For the Benallys, that means blending the Navajo language — or the voice of their father, Jones Benally, singing a traditional Navajo song — with an electric bass and modern drumbeat. Clayson says native people must take from what surrounds them in this contemporary world and join it with the past.

"For us to find a positive solution and to understand our own identity," he says, "it's this synthesis that has to occur."