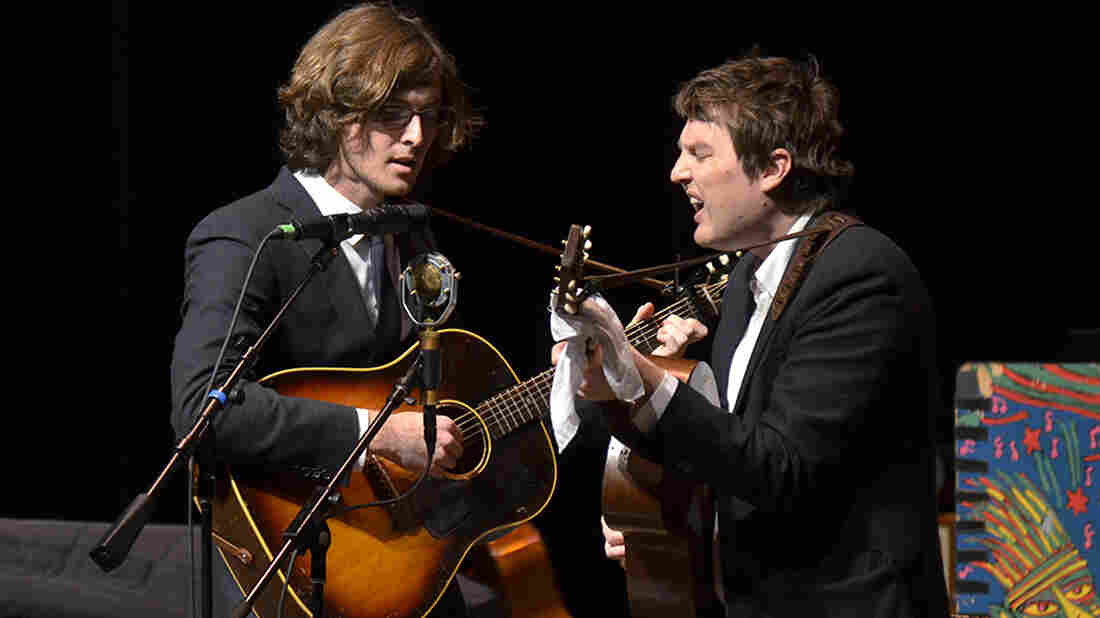 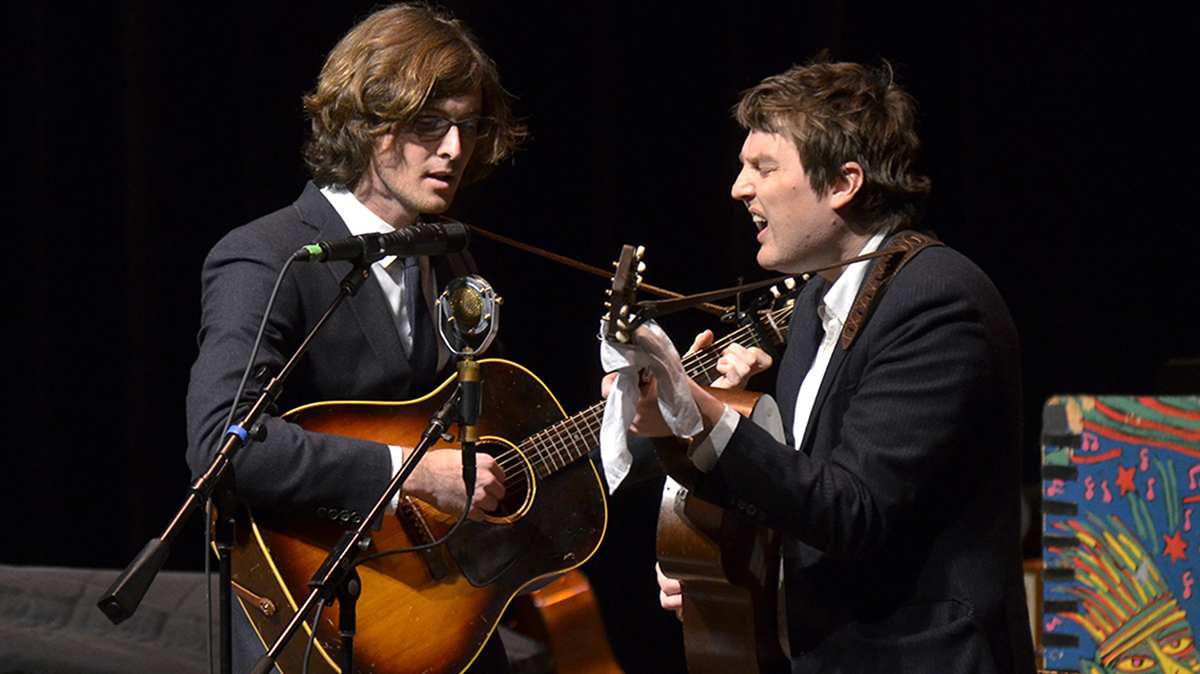 The Milk Carton Kids' members make their second appearance on Mountain Stage, recorded live on the campus of West Virginia University in Morgantown. A fine alternative to the foot-stomping grandeur inherent to so much of folk's recent popular revival, The Milk Carton Kids' music is defined by the understated virtuosity of singer-songwriters and guitarists Joey Ryan and Kenneth Pattengale. Tight harmonies and shimmering melodies set against intricate, driving guitar are their hallmark, earning them accolades nationwide — including the Duo/Group Of The Year honor at the 2014 Americana Music Awards.

While their songwriting bends toward the atmospheric and poignant, Ryan and Pattengale have unexpectedly sharp senses of humor, which comes through during their onstage banter between songs. The Milk Carton Kids' latest album is titled Monterey.