Accessibility links
For Thoroughbreds, The Big Payout Can Come Long After The Race American Pharoah will race for the Triple Crown on Saturday. A Belmont victory would make horse-racing history, and his owner will get a nice payday. But the real financial windfall comes later. 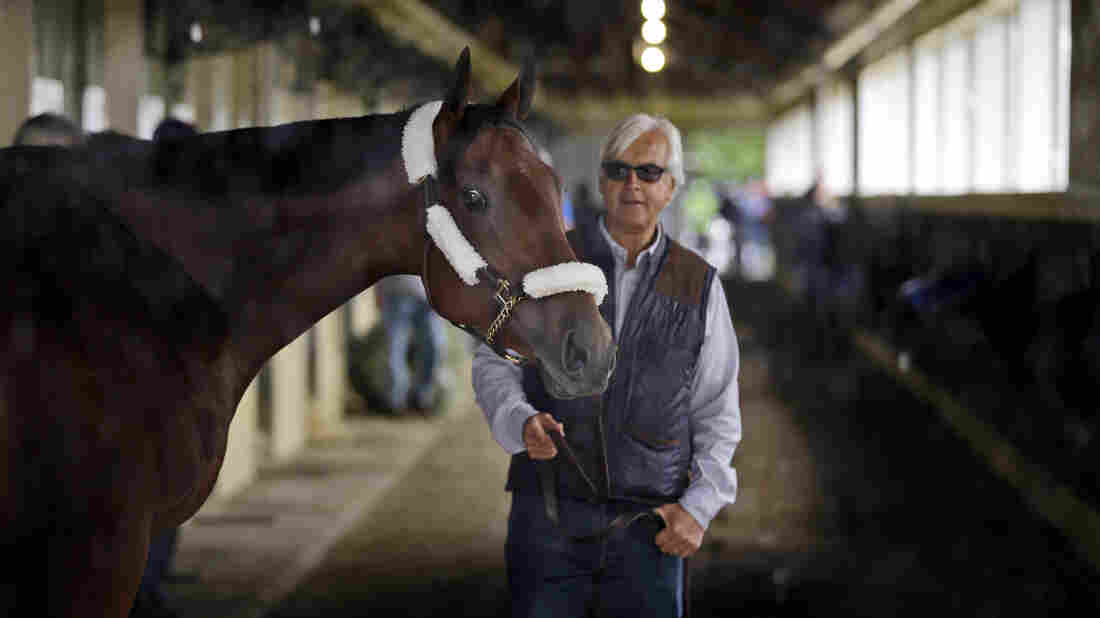 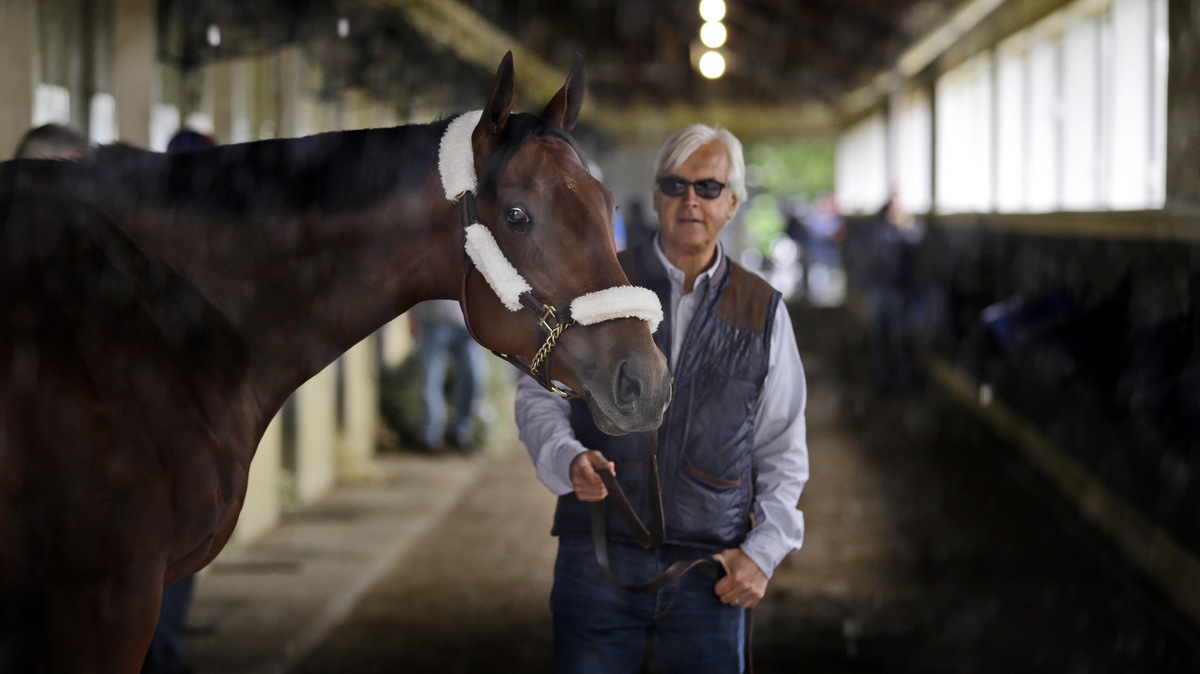 American Pharoah is poised to make horse-racing history Saturday if he wins the Belmont Stakes and accomplishes that rare feat — a Triple Crown victory. His owner will also get a nice payday. But the real financial windfall comes later.

In America, thousands of thoroughbreds are born every year, and every year only one gets to win the Kentucky Derby.

The chances of winning the Triple Crown — the Derby, the Preakness and the Belmont — are even slimmer. Only 11 horses have ever done it. If American Pharoah wins, he will be the first Triple Crown winner since 1978.

"There's plenty of risk in our business," says Tom Bush, who has been a trainer at Belmont Park for more than three decades.

"Our horses are fragile," he says. "It's expensive to keep a horse in training on a daily basis. So it's not easy to make money at it. We like to see the math work as much as possible, but it sometimes doesn't."

Why Is It So Hard For A Horse To Win The Triple Crown?

What makes the math particularly hard is that top horses can cost millions of dollars — and that's before they've even stepped on a racetrack.

Once a horse is at the track, it costs about $50,000 a year to keep it there. That includes everything from food to jockeys to veterinarian's fees. It's a lot of overhead, and many horses never cover the cost. Winning a big race like the Belmont helps, but often that's not enough.

"On the racetrack a horse has almost a ceiling or a cap," says Christina Bossinakis, who works with owners at the Thoroughbred Owners and Breeders Association. "So the really, really good ones, if they win $3 [million], $4 million on the racetrack that's out of this world. At the same time, potentially what they can earn in the breeding shed, as stallions, so far surpasses that."

A victory in the Belmont would make American Pharoah an even more attractive stallion. And that could be far more valuable than anything he wins on the track.

America's top sire commands some $300,000 for each of his offspring. That adds up to about $35 million a year — and potentially hundreds of millions over his lifetime. A victory by American Pharoah on Saturday will make him even more valuable in this market.

"I get a little anxiety. About an hour before, I start getting a little nervous," says Bob Baffert, American Pharoah's trainer.

It's a lot of pressure on everyone involved, but his biggest worry on race day isn't future stud fees or the bottom line.

"I think I feel more pressure when ... you don't want to let the fans down. You start feeling like they came out here and they're all getting into it and you're like, 'I hope he runs well,' " he says.