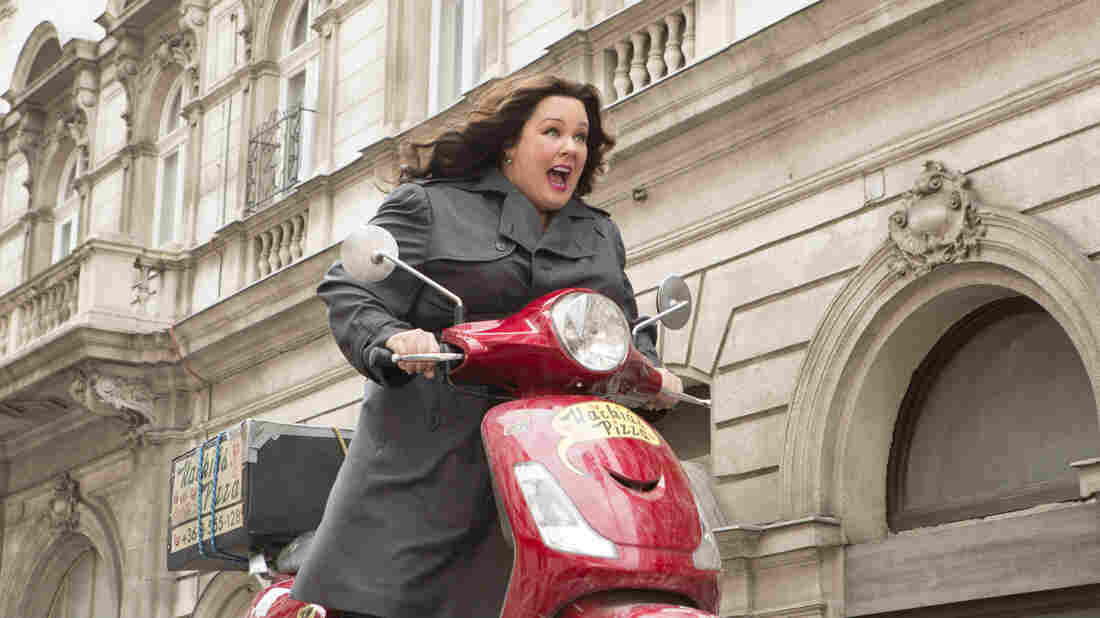 Melissa McCarthy gets a star-vehicle movie of her own in Spy. Larry Horricks/ Courtesy of Twentieth Century Fox hide caption 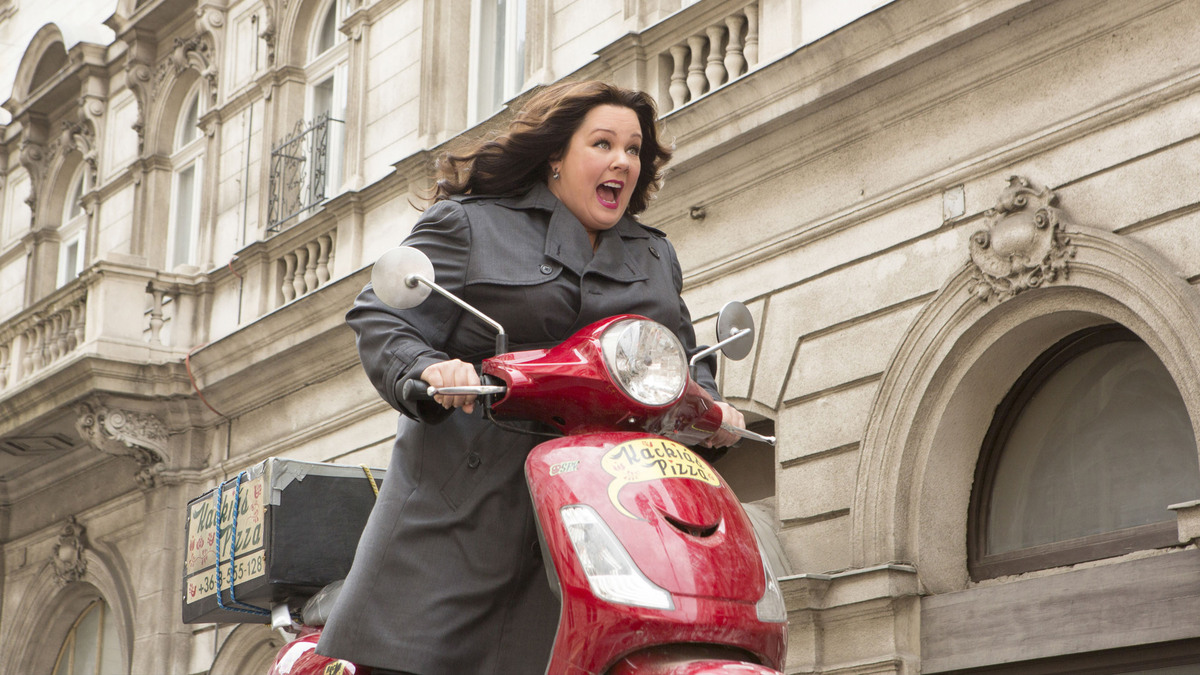 Melissa McCarthy gets a star-vehicle movie of her own in Spy.

The first time Melissa McCarthy worked with director Paul Feig, she had a bit part in his comedy Bridesmaids. The second time they worked together, in the police-comedy The Heat, McCarthy got equal billing with co-star Sandra Bullock. Now, in Spy, a globe-trotting action comedy that proves to be an ideal star-vehicle, McCarthy's finally billed above the title.

Long time coming. Worth the wait.

Spy begins with a sequence crafted to look like a Bond flick — smooth tracking shots across a lake, to a mansion where tuxedos and gowns predominate and gunmen lurk behind every bush.

McCarthy's CIA agent Susan Cooper is pointedly not there. She may have graduated at the top of her class, but 10 years in, she's at the bottom of the espionage heap — literally in a vermin-infested basement, surrounded by high-tech surveillance gear, talking into another agent's earpiece half a world away. Indispensable and unsung, her guidance is what makes this guy, played by Jude Law, a "double-oh-seven" of sorts, and he repays her with flirty "couldn't-do-it-without-you" chatter and a promise of dinner when he returns.

But his idea of a thank you gift is a hideous cupcake pendant, because, like the rest of the Agency, he condescends to her. And that's still true when an assassin blows everyone's else's cover, and the Agency needs someone unknown to track a nuclear device. Cooper lands the assignment, but not the glamour. Her alias: Frumpy housewife from Iowa. Her secret gadgets: Things a frumpy housewife from Iowa might carry in her purse — anti-fungal cream that doubles as mace, chloroformed hemorrhoid wipes. Lots of chloroformed hemorrhoid wipes.

Happily, out in the field, Cooper comes into her own, glamming herself up on her own dime, and going head-to-head with Rose Byrne's femme fatale, while fighting off help from Jason Statham's meathead of an ally, and fending off Peter Serafinowicz's amorous CIA driver, who has a thing for plus-size gals.

Feig's cheerfully feminist script makes only as much sense as it absolutely must, while providing McCarthy with chances to crack wise, show vulnerability and class, and do some of the more elegant pratfalls you'll have seen in a while — always in character.

And though Spy has clearly been designed around her talents, it also makes room for a nifty supporting cast: Allison Janney as her angry boss; a loose, funny 50 Cent as himself; Miranda Hart as a tall, slender, and hilarious Laurel to McCarthy's full-figured Hardy.