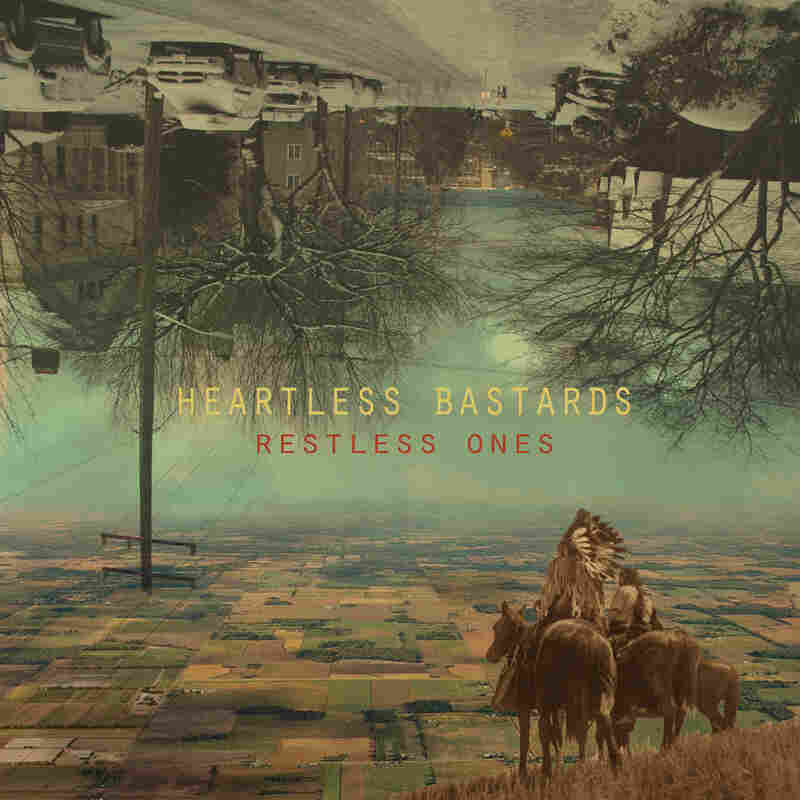 Erika Wennerstrom's voice cuts deep: It's warm yet gritty, throaty yet sweet, gigantic yet intimate. As the singer-guitarist of the rootsy band Heartless Bastards, she's found the perfect vessel for that voice — a mix of country-rock twang, classic-rock heroics and restless ambition that's not afraid to incorporate psychedelia, indie rock and pure pop songcraft.

All of these elements are on display throughout the group's fifth album, Restless Ones. Instead of clashing, though, Heartless Bastards' many approaches fall together into a beautiful order. Roughhewn garage-pop gems like "Black Cloud" sit alongside the even catchier likes of "Into The Light," which splices a jaunty piano vamp into the meaty, distorted hooks of Wennerstrom and second guitarist Mark Nathan. Even when things get atmospheric in "Wind Up Bird" — inspired by Haruki Murakami's novel The Wind-Up Bird Chronicles — there's plenty of Led Zeppelin-meets-Crazy Horse stomp to keep the song grounded.

Restless Ones doesn't deviate wildly from Heartless Bastards' wheelhouse, but it does give Wennerstrom and company more room to roam. "Hi-Line" is a serving of sturdy, meat-and-potatoes alt-country, invigorated by Wennerstrom's lonesome, yearning lyrics; "Eastern Wind" is a sweaty workout of chugging, galloping bombast that offsets the folksy delicacy of "Pocket Full Of Thirst." Instantly familiar yet bracingly fresh, "Journey" repurposes various radio-hit tropes — a '60s girl-group drumbeat here, a '90s alternative singer-songwriter vibe there — and spins them into wistful, nostalgia-free gold.

Ultimately, though, Wennerstrom's voice is what carries the day. From the wounded, frustrated howl of "The Fool" to the droning, cooing mystery of "Tristessa," she flaunts a sonic and emotional range that transcends the sum of Heartless Bastards' influences. "I'm gonna find my place in the sun," she sings with guts and grace in "Into The Light." It sounds less like a wish than a promise.