Accessibility links
Review: Sarah Cracknell, 'Red Kite' Saint Etienne's urbane singer goes to the country on her first solo album since 1997. Based in quirky orchestration and folk-flecked acoustic instruments, it's unerringly melodic throughout. 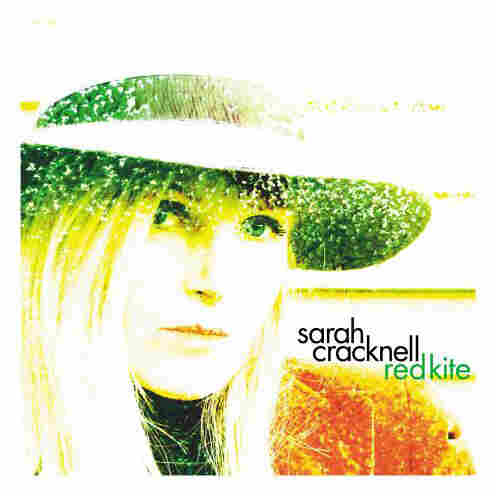 Sarah Cracknell made her solo debut on a rare 1987 single called "Love Is All You Need." Redolent of swinging-'60s London, the title hinted at the gift on which the U.K. singer with the airy, pealing soprano has built a career: She can take what might seem retro and sing it in a way that feels contemporary, even timeless.

She's best known for doing that as the frontwoman for the U.K. trio Saint Etienne, which has released eight albums of chic, thrift-shop-rummaging dance-pop since the early '90s. In a group context, though, Cracknell's aesthetic contributions are harder to distinguish from those of the like-minded co-founders, veteran music journalist Bob Stanley and his childhood friend Pete Wiggs. Cracknell shamed doubters with her first solo album, 1997's Lipslide (released in the U.S. three years later), a winning assortment of Saint Etienne-like dance-floor fare and melancholy kitchen-sink balladry. "Ready Or Not," a sublime example of the latter, returned recently in the soundtrack to the film How We Used To Live, a Wiggs-scored cinematic love letter to London; there Cracknell goes again, reviving the past in a new form.

Now, 18 years after Lipslide, Cracknell has refreshed her solo career, and her second non-Saint Etienne LP is remarkably removed from such London urbanity. A sense of place has long characterized the group's work, so it's more than usually relevant that Cracknell recorded Red Kite in a barn, near her current home in the Oxfordshire countryside. Brief descriptors fail to capture the breadth of styles at play in Saint Etienne's discography, from girl-group music and Tropicália to techno and Swedish pop; this 12-song set embodies a quieter type of revisionism, based in quirky orchestration and folk-flecked acoustic instruments, but it's unerringly melodic throughout. (Saint Etienne fans, never fear — Cracknell has indicated plans to record a new album with the band next year.)

The title refers to a local bird of prey — which, at the risk of making too much of Cracknell's retro-modernism, happens to have been reintroduced recently. The image of a literal kite, fluttering against a cloudy sky, also helps evoke the record's contents; the daughter of Stanley Kubrick's first assistant director, Cracknell has often turned the everyday into the cinematic, and here she's swapped her signature feather boas for something more like the wind in the willows. These precisely detailed sonic miniatures suggest their rural origins while Cracknell's clear, classically English voice projects lonesome character studies that are more art house than multiplex.

Folk has been a longstanding element of Saint Etienne, going back particularly to 1994's Tiger Bay, and Cracknell finds great variety in it once again here. Clarinet-kissed opener "On The Swings" uses soft percussion and pinpricks of acoustic guitar to imply the murmuring patter of rain; the twang of American country accents the looming breakup of "Ragdoll," in which Cracknell repeats, "Is there something that I need to know?" The darker side of the emotional spectrum colors the album's more upbeat songs, too — including the deceptively sunny, fuzz-driven "Hearts Are For Breaking," which unsparingly addresses the third party in a love triangle: "You only wanted him because he only wanted me." The album's lone cover, of Mojave 3's doleful ballad "The Mutineer," describes further inflicting of wounds, with Cracknell's weary vocal set to fragile piano plinks and an oohing backing vocal.

It helps that Cracknell's choice of collaborators tends to match her exquisite taste in records. Ian Catt, who has produced for Saint Etienne as well as the Field Mice, teamed up with her on Lipslide. Though Cracknell co-wrote all the original songs on Red Kite, she partnered with co-producers Carwyn Ellis and Seb Lewsley, who've both worked with Scottish post-punk survivor Edwyn Collins; Cracknell's album at times brings to mind the more leisurely moments from Ellis' whimsical psych-pop band Colorama on last year's Temari. Additional collaborators also feature on two of Red Kite's standout songs: Manic Street Preachers' Nicky Wire lends his vulnerable quaver to the hook-filled kiss-off "Nothing Left To Talk About," while the London folk-rock royalty in the Rails bring a touch of Buckingham Nicks chemistry to "Take The Silver."

Cracknell has described the sound of Red Kite as "cozy"; it's odd how underlying themes of sadness can be comforting in the same way as a blanket — or, to take the name of the music-box-chiming finale, a "Favourite Chair" — but she isn't wrong. Other stated influences range from the '60s baroque-pop of The Left Banke to the widescreen productions of Ennio Morricone, Joe Meek and The Beach Boys, though it might be more useful (and more in the Saint Etienne spirit) to renew those reference points. Try, for example, the Phil Spector-sized introspection of former Concretes singer Victoria Bergsman's first album under the name Taken By Trees, 2007's Open Field, or the earthier U.K. folk updates of Laura Marling on 2013's Once I Was An Eagle, plus the stoic garage-pop of Welsh emigre Cate Le Bon on 2013's Mug Museum. The gentler tracks here even recall sad English folk's patron saint, Nick Drake, which also means that, in keeping with Cracknell's cinematic bent, these songs could fit beautifully in a Wes Anderson film.

Film is again the comparison that keeps coming to mind for Red Kite. Cracknell has warned against autobiographical readings of these songs: In the snow-globe-like "I Close My Eyes," which convincingly transforms the London Underground into a quasi-agrarian "subterranean carriage," the married mother of two murmurs about nuptials and children as if she still "never saw myself that way, but you never know." The track has a transportive quality, like when the lights dim in a hushed theater. You never know: Love might be all you need, after all, if only it didn't have such a terrible habit of flying away. "I'll never know," Cracknell sings in "Favourite Chair," tossing back her own words, right before this homey, understated picture fades to black.