Accessibility links
This Year, Women (And Girls) Rule The Big Screen NPR film critic Bob Mondello notes that this year's most popular movies are surprisingly womancentric. That's more than at any other time in at least three decades. 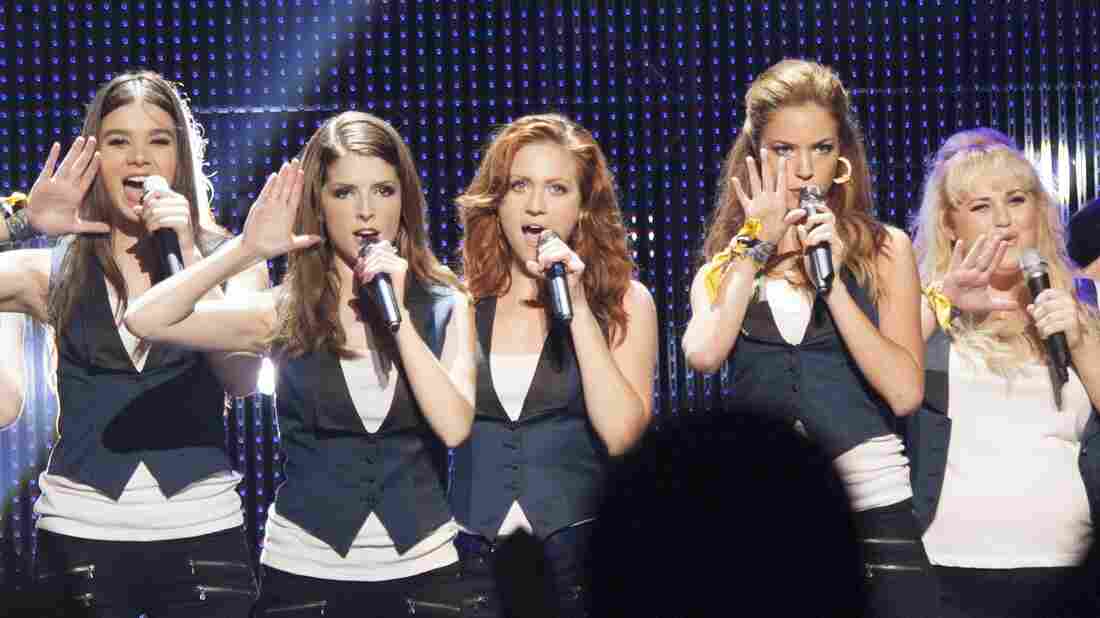 More than half of the top 10 box-office hits this year have centered on female characters, says NPR film critic Bob Mondello. But only a few — like Pitch Perfect 2 — were written or directed by women. Richard Cartwright/Universal Pictures hide caption 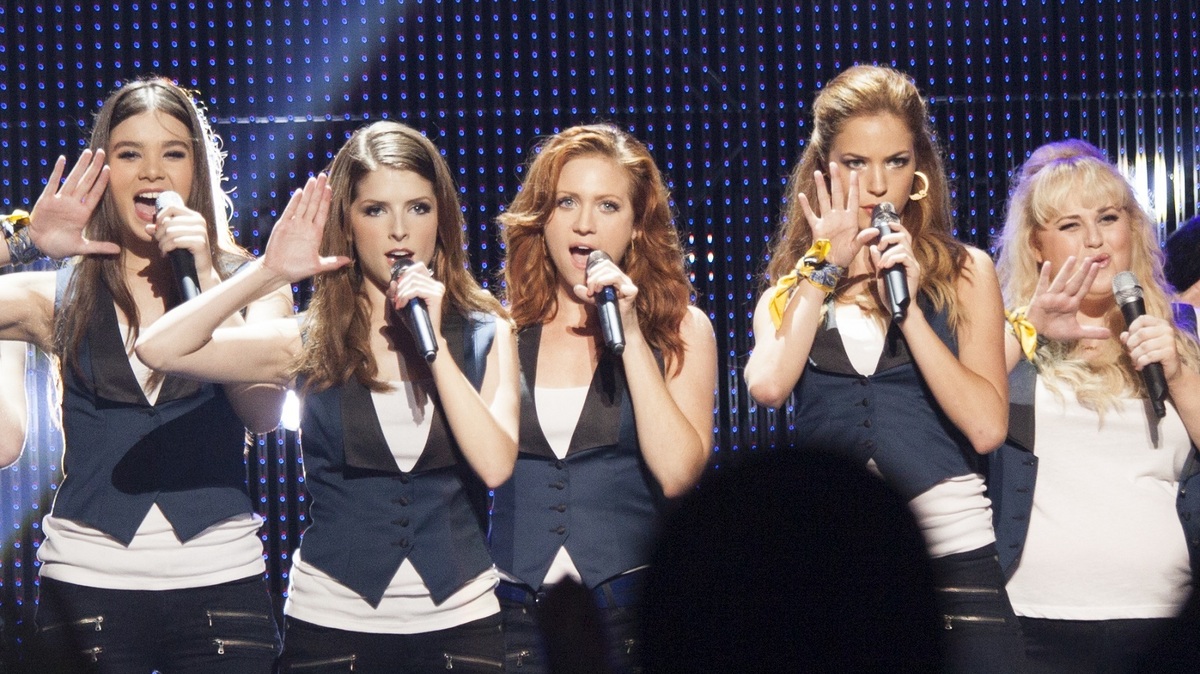 More than half of the top 10 box-office hits this year have centered on female characters, says NPR film critic Bob Mondello. But only a few — like Pitch Perfect 2 — were written or directed by women.

With Spy topping Hollywood's box-office charts this weekend, Melissa McCarthy becomes the latest woman to head a major box-office hit in 2015. And while that merely puts her in good company this year, it's hardly been common in the past.

I fielded a bunch of distressed tweets a couple of weeks ago after noting that Charlize Theron's Furiosa so dominated Mad Max: Fury Road that it could reasonably be regarded as a feminist film. That weekend's openings were already a battle of the sexes — the nominally masculine Mad Max versus the girl-power musical Pitch Perfect 2.

And indeed, Pitch Perfect 2 came out ahead at the box office. So pointing out that Tom Hardy's Max was taking a lot of his cues from Theron's Furiosa inspired furiosity, as it were, from some fringe-y men's rights groups.

They were fighting a rearguard action, though. Having a feminist focus this year is nothing special, though in most years, it would be a crazy anomaly. It's a truism that male stars dominate Hollywood — in salary, in number of movies, in box-office clout. But look back through three decades of box-office grosses, and how much men dominate becomes clear when you focus on the very top of the charts — just the top 10 movies each year.

In 13 of the past 30 years, not a single top 10 box-office hit was centered on a female character. And in the other years, there were never many — just one per year for eight years, and two or three in the others, and that, largely thanks to the Twilight and Hunger Games franchises.

In total, I count only 31 female-centered pictures at the top of the charts in 30 years. And I was pretty generous in what I labeled womancentric. I included Fatal Attraction and Basic Instinct, for instance, though both are arguably more about Michael Douglas than about the women who torment him. I also included a bunch of Disney princesses. (I did not, just for the record, automatically include romantic comedies — unless the female star dominated; What Women Want, for instance, did not qualify as a femme-centric film, since it's really a Mel Gibson vehicle.)

This year, though, is different: We are almost at the midpoint of 2015, and as of right now, more than half of the top 10 box-office hits — six of them — center their stories on female characters. Besides Mad Max, there's its archrival Pitch Perfect 2, as well as Insurgent with its combative heroine Tris; Fifty Shades of Grey; the animated kid-flick Home, in which a little girl saves the planet from invading aliens; and Disney's live-action Cinderella.

Not all of these feminine characters are "empowered" exactly — don't even get me started on the Bechdel test — but they are feminine, which is no small thing. Remember it's just three years ago that Pixar's Brave was called "brave" simply for being about an action heroine.

Nor are these gals going to be alone at the top for long. They'll soon be joined by Riley, the 11-year-old heroine of Pixar's Inside Out, and by Katniss Everdeen in her Hunger Games victory lap, Mockingjay 2. The ladies are going to have a very good year at the box office.

Now a couple of caveats: Only two of these pictures — Pitch Perfect 2 and Fifty Shades of Grey — were written or directed by women, but hey ... baby steps, right? And while all of them have muscled their way past the $100 million mark, some are likely to slide out of the year's top 10 as they're passed by the dinosaurs, minions and storm troopers that'll soon be rampaging through multiplexes.

So this gals-ascendant moment at the top of the charts may prove fleeting. Still, that won't make it any less remarkable — unprecedented for at least three decades in Hollywood.

Didn't want that to go unremarked.