Accessibility links
Interview: Jimmy Fallon, Author Of 'Your Baby's First Word Will Be Dada' The Tonight Show host's new children's book was inspired by his daughters. He tells NPR about his efforts to trick his first daughter into saying "dada" and his family's struggle to conceive.

Fallon's new book has a daddy bee, dog, rabbit, cat and donkey (one of his personal favorites) all trying — and failing — to get their babies to say "dada." Macmillan Children's Publishing Group hide caption

Fallon's new book has a daddy bee, dog, rabbit, cat and donkey (one of his personal favorites) all trying — and failing — to get their babies to say "dada."

A lot of things seem to come easy for The Tonight Show's Jimmy Fallon: comedy, music, dancing. Fatherhood didn't. Fallon and his wife struggled with fertility issues for years before they had their two daughters. Now one is almost 2, the other is not yet 1 and both are the inspiration for Fallon's new children's book, Your Baby's First Word Will Be Dada. It's a series of pictures in which daddy animals try desperately (and utterly fail) to get their babies to say "dada" as their first word. 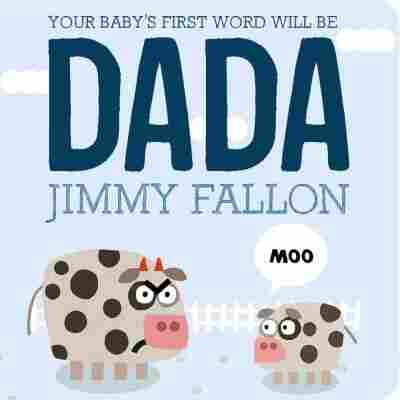 Your Baby's First Word Will Be Dada

by Jimmy Fallon and Miguel Ordóñez

"The thing about this book is there's no real point to it. ... It's a selfish thing," Fallon tells NPR's David Greene. "I just want the baby's first word to be 'dada.' I don't care if she's smart. I have one agenda."

The book captures Fallon's own effort to be his first daughter's favored parent. He says, "I would try to trick her into saying, 'dada.' I would call everything in the house 'dada.' Like her bottle — I would go, 'Dada time!' You know, like, 'Do you want another dada?' ... I really just want her to say dada."

On the fertility issues he and his wife struggled with

It was a tough time and ... it's not easy. We didn't know, you know, which one of us wasn't clicking. I slept upside down at one point — I was like dangling from the ceiling. You know, like you drink teas. And my wife, gosh, she just put up with a lot of stuff. Luckily, [we] got involved with a surrogate and so she had our babies. ... She's a blessing; it was the best thing that ever happened to us. 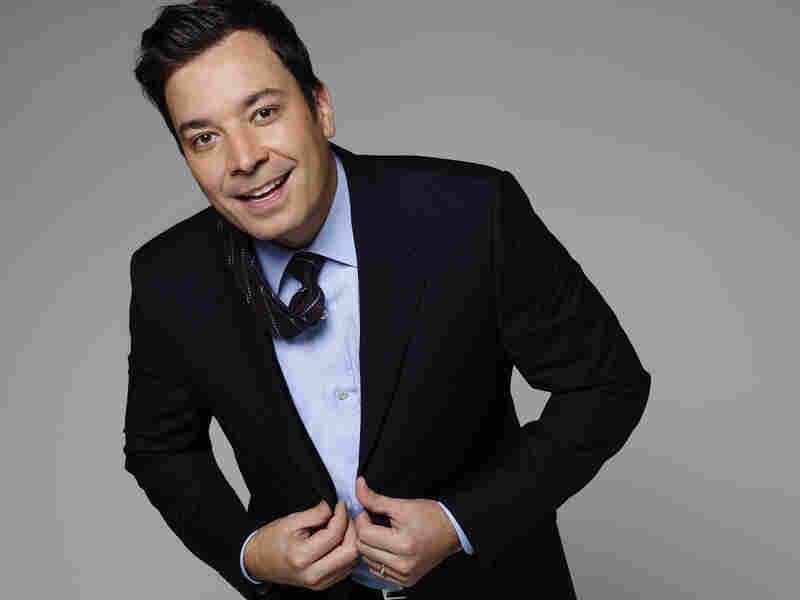 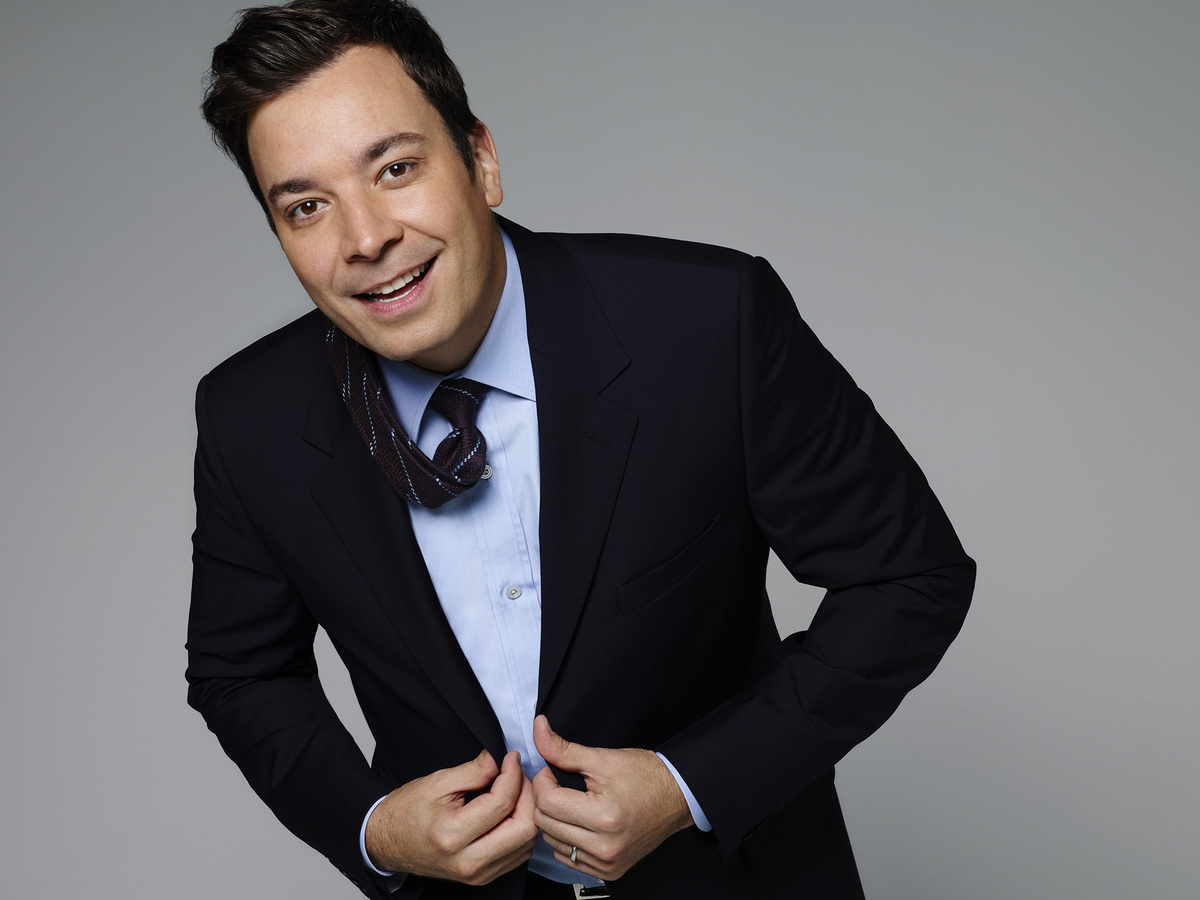 Tonight Show host Jimmy Fallon lives in New York with his wife, Nancy, and their daughters, Winnie and Franny.

I promised myself I wouldn't be that guy when I had a baby, like, "Oh, you want to see a picture of my babies?" My whole iPhone is just all baby pictures. It used to be, I guess, food? I don't know what else you take with your iPhone — it's brunch or babies. ...

I definitely really appreciate what I have. I mean I just love them so much and it's insane. It was a long time, just kind of a weird time. A lot of people don't really talk about it that much, you know, and I think they should. I don't know whether it would be a bigger issue, you know. Should you freeze your eggs or whatever when you're a woman? No one talks about it. I don't think I should be the spokesperson for that stuff. You can talk to my wife about it. But she was like, "No one tells you."

On his playful Tonight Show comedy

You can be as creative as you want; you can just do just weird bits. Some things work; some things don't. We always tell our guest, like, "You can always say no, but we had this idea where we want you to be in a giant bird's nest and you're a man who plays the flute and has rhyming couplets." And Jude Law was like, "Oh, OK, I'll do it." I'm like, "Really?"

On whether he sees himself as a grown-up

I guess I am technically a grown-up, yeah yeah yeah. But if you can play with everything and have fun all day, why would you not choose that? ... I mean, this doesn't feel like work to me. This is like total play. My job is to make you smile before you go to bed and I'll do whatever I have to do. I'll dress up as a 15-year-old girl and say, "Ew!" You know, whatever, if it'll make you laugh. If you don't think about your problems for one hour, then I did my job.