Accessibility links
A Poet Can Indeed Be Trouble In 'Set Fire To The Stars' While this black-and-white historical drama struggles to find a satisfying conclusion to its storytelling about the poet Dylan Thomas, it's stylishly made and intriguingly staged. 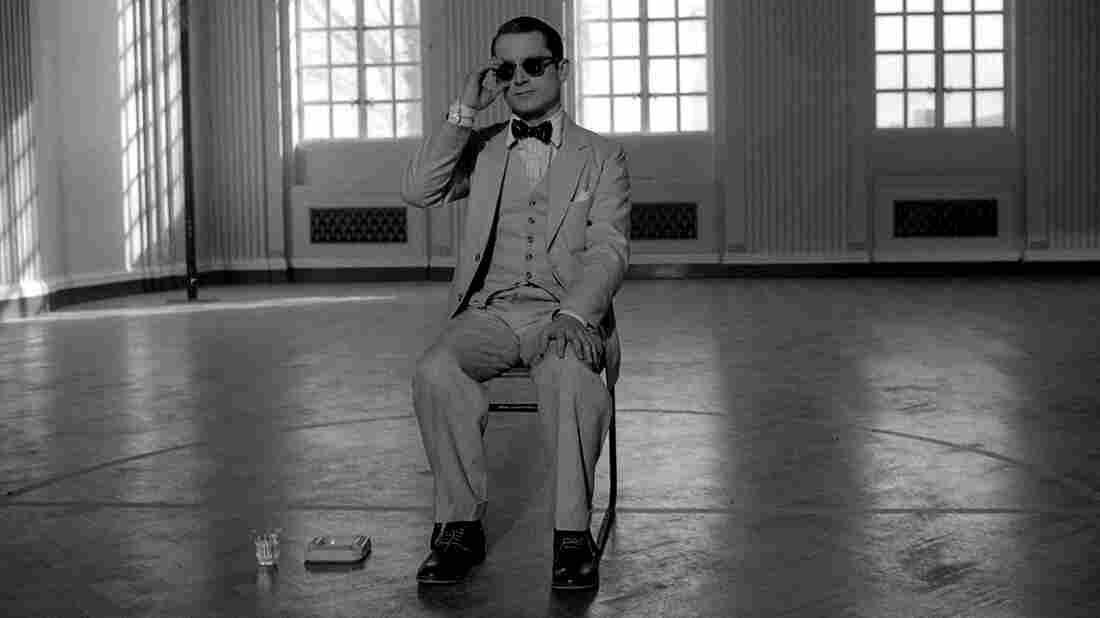 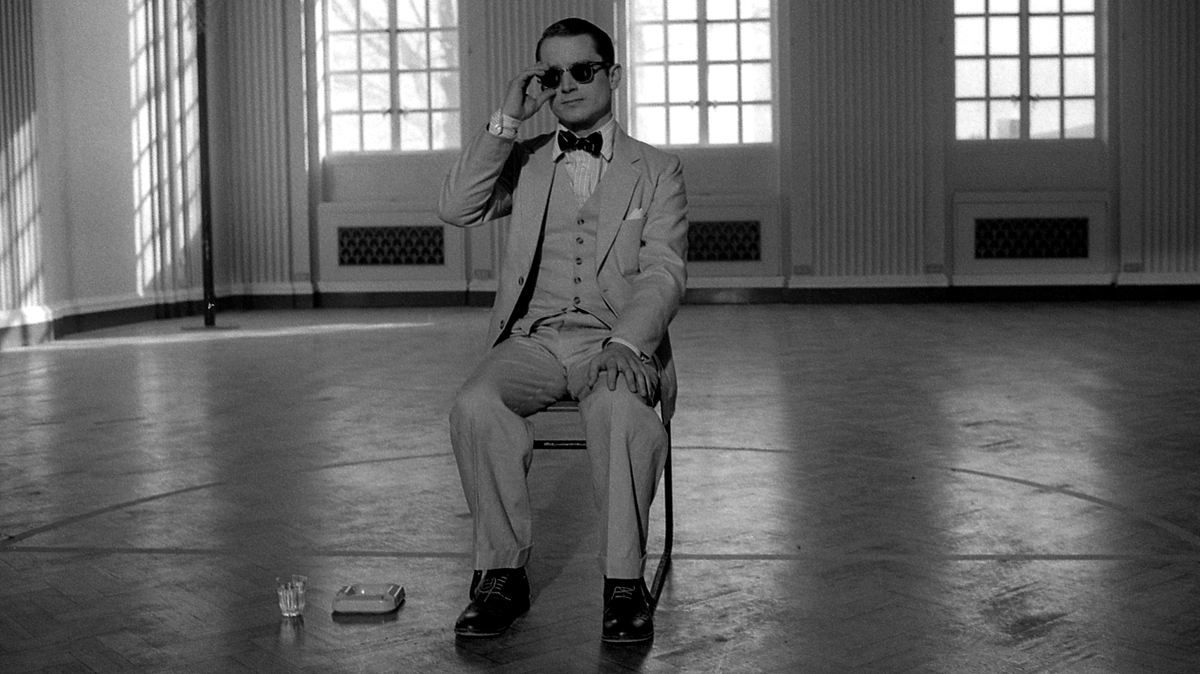 Elijah Wood in Set Fire To The Stars.

"How much trouble can one poet be?" That's literature professor John Malcolm Brinnin's rhetorical response to his buttoned-way-down colleagues' fears about a writer's proposed visit to New York in 1950. Today, the query can't be heard as anything other than an inside joke. For the poet is Dylan Thomas, who was trouble for most of his 39 years.

Set Fire to the Stars takes its title from a line written by Thomas, who's played by Celyn Jones, the movie's co-writer. But the story is just as much about Brinnin, impersonated by Elijah Wood, the film's most marketable performer and its co-producer. The script was fictionalized from a section of Dylan Thomas in America, a 1955 memoir by Brinnin, who facilitated several tours by the poet — including the 1953 one on which he died.

Filmed by Chris Seager in satiny black and white, Set Fire to the Stars is a marvel of low-budget scene-setting. Director Andy Goddard, a Downton Abbey veteran who co-wrote, crisply stages such inherently theatrical set pieces as one where the poet reads to a group of leery Yale scholars. They're seated as if they're members of a jury.

In another memorable scene, Brinnin takes Thomas to a diner so large it must represent the visitor's fantasy of American bounty. Thomas is beguiled by the poetry of the waitress' slang and frequently supplements his consumption of beer and whiskey with milkshakes, candy bars, and comic books. This appetite for '50s Americana may also be something of private joke, since the film was shot entirely in Wales, with Swansea standing in for New York and Wrexham for Connecticut.

The only principal characters are Thomas, Brinnin, and a faculty handler (Steven Mackintosh) who's there to save the young prof from embarrassment — and smugly tell him off when he fails to sidestep it. There are several memorable cameos, however, notably from Shirley Henderson and Kelly Reilly.

Henderson plays the Connecticut next-door neighbor who turns out to be "The Lottery" author Shirley Jackson. In the most harrowing sequence, Thomas asks her for a ghost story. Then Brinnin tops it with a different sort of blood-curdling tale, one from his own life.

Reilly plays Thomas's wife, Caitlin, who eventually materializes from a letter the poet keeps neglecting to open. She may be just a wraith, but she's a more powerful presence than Sienna Miller was in The Edge of Love, the 2008 melodrama about Dylan and Caitlin's mutually assured destruction.

The film's dialogue can be excessively literary, and is jarred by the occasional anachronism. (No one said "big ask" in 1950.) The transitions from slightly stagey naturalism to full-blown fabulism — as when all the members of the cast hand off lines from Thomas' "Love in the Asylum" — also can be discordant.

Such missteps aside, Set Fire to the Stars is stylistically assured and tastefully appointed. The costumers and designers did fine work, as did composer Gruff Rhys, whose urbane jazz and chamber-music score is a long way from his work with eclectic Welsh rockers Super Furry Animals.

The high level of craft doesn't quite banish disappointment, though. Having decided not to depict the poet's fatal final tour, the filmmakers are left with a story that, rather than conclude, merely ends. Thomas, who was a playwright and screenwriter as well as a poet, would penned a more decisive sendoff.