Accessibility links
A Satisfying Steampunk Saga Winds Up In 'Clockwork Crown' Beth Cato's compact but potent two-book series follows a young healer in a crumbling fantasy empire who must navigate treacherous political waters while balancing questions of faith and technology.

A Satisfying Steampunk Saga Winds Up In 'Clockwork Crown'

A Satisfying Steampunk Saga Winds Up In 'Clockwork Crown' 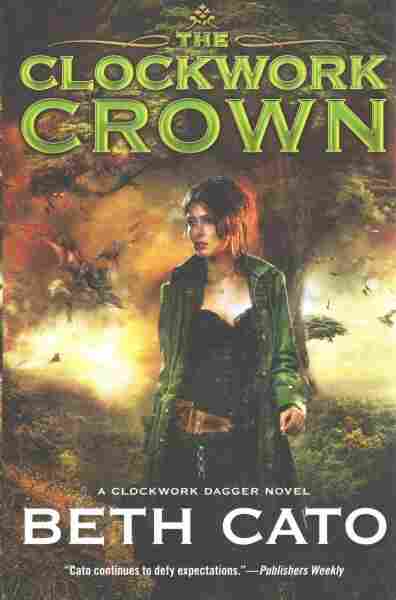 Read an excerpt of The Clockwork Crown

When it came out last year, Beth Cato's The Clockwork Dagger was a fresh, welcome addition to the steampunk canon. Still, it left many questions unanswered: The novel's protagonist, Octavia Leander — a young healer with a tragic past — hadn't grasped the scope of her magical powers. And the political machinations that swirled around her had much left to play out. Things get wrapped up in The Clockwork Dagger's sequel, The Clockwork Crown, although "wrapped up" doesn't do justice to Cato's agile, emotionally evocative handling of a complicated puzzle.

At the conclusion of Dagger, Octavia had escaped a plot against her, one that would have made her a pawn in an uprising. Or a corpse. Her iffy alliance with one of the Queen's elite Clockwork Daggers, Alonzo Garrett — whose war-hero father was responsible for the death of Octavia's parents, and indeed her whole village, when she was a girl — had grown tangled, in both good ways and bad. And Octavia found herself on the cusp of a crisis of faith, no light matter for a "medician," whose arcane healing abilities rely on her connection to the Lady, a nebulous entity who seems to be, strangely, something more and something less than a god. 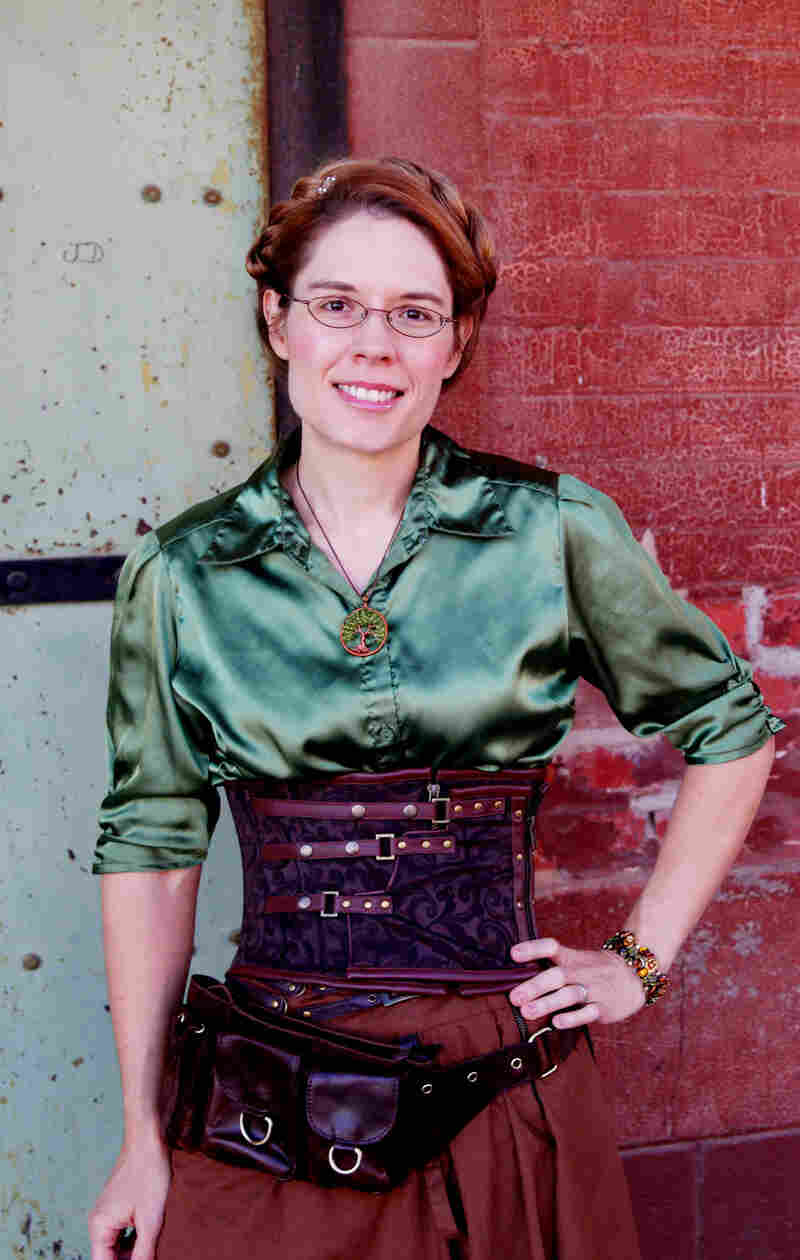 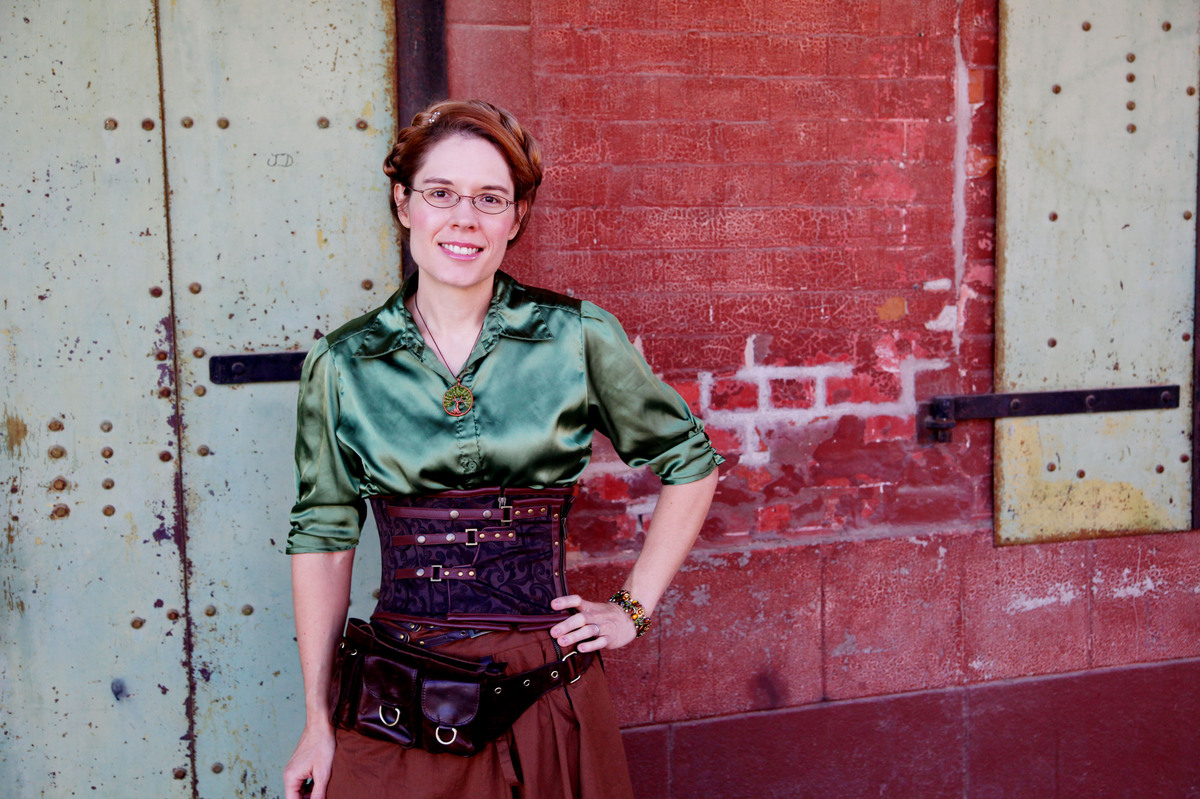 Crown picks up the thread with Octavia and Alonzo on the run across the free nations south of imperial Caskentia, the homeland that now wants them dead. The strength of Cato's setting — unlike most steampunk, her books aren't set in an alternate version of Victorian England, but in a wholly invented fantasy realm — comes into sharper relief as new societies, governments and systems of oppression form the backdrop of Octavia's quest to find the Lady's Tree, her mythic source of spiritual energy. Rather than slipping into new-age fluff, Crown draws just enough mysticism to keep its airship-and-industrialization level of technology superbly balanced. Not every aspect of this steampunk chemistry works as well as it should; in particular, Cato introduces a whole world of biomechanical wonder — including giant, bioengineered gremlins — that begs for more page time.

Octavia herself carries the story with the same tender empathy that made Dagger so winning. With her power growing alarmingly stronger, not to mention a horrific transformation that's begun to take hold of her body, she struggles through revelations, reversals, betrayals and sacrifices. But she's also sparring with her own feelings toward Alonzo, a romance that's fraught with heartache and trauma. Cato's touch remains light despite the story's encroaching darkness; this may be steampunk, but it's solidly rooted in the classic fantasy of Mercedes Lackey and David and Leigh Eddings. Crown, though, is every bit as subtly progressive as Dagger, with a diverse, socially conscious sensibility that's woven into the fabric of the story rather than dolloped on top.

Although Crown operates on a sprawling scale, it's impeccably paced and compact, making for a potent conclusion to Cato's rousing steampunk tale as well as a study in how less can be so much more. At a time when overstuffed science fiction and fantasy trilogies are standard issue, and when open-ended series can drag on for years, it's impressive that Dagger and Crown are a duology, self-contained and wholly satisfying. That said, there's still plenty of room left in Caskentia for more forward-thinking adventures — be they Octavia's or someone else's. Here's hoping Cato doesn't take too long to realize that potential.