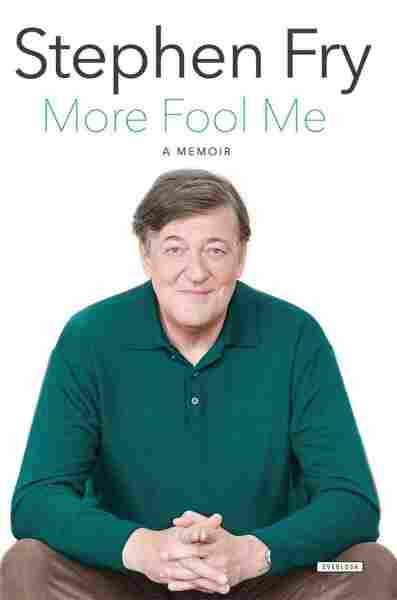 Let us stipulate at the outset that at 57 Stephen Fry is a world-class wit, unquestionably a learned fellow and surely a decent one — because really, anyone of whom Emma Thompson is that fond can't be entirely irredeemable, can he? That said, the 36-year-old Stephen Fry who inhabits the infuriating latter stretch of More Fool Me is a world-class git. Thank God he's rehabilitated himself since.

Now that the shudders have subsided, return with me to the Fry so many admire — star of Peter's Friends and Wilde, conjoined comic genius (with best friend Hugh Laurie) famed for Jeeves and Wooster among much else, king of the voice-over and meister of Twitter, jovial host of the BBC's brainy, hiccup-inducing quiz game QI and self-lacerating chronicler of his life as a bipolar funnyman.

This Stephen Fry is a man I very much wanted to know better, so I more or less threw myself at the chance to have a look at this latest volume — the third! — of his memoirs. More fool me; should've started with Moab Is My Washpot or The Fry Chronicles, which I pledge to do just as soon as I've scrubbed the 1993 edition of Stephen Fry out of my brain. In those earlier chronicles I hope to find more of the modest, measured fellow whose sober — if somewhat too self-deprecating — musings flank the other's coke- and fame-addled early-'90s diaries.

To his credit, today's more sensible Fry includes those diaries in More Fool Me as a kind of cautionary tale to friends and frenemies alike. "I had no idea," he admits in the scant few pages of reflection that follows them, "that I was quite so busy, quite so debauched, quite so energetic, quite so irredeemably foolish."

Quite. In barely three months of diary entries, from August to November of 1993, Bad Stephen writes a novel; sits for a portrait; attends the London premiere of The Fugitive and is embarrassed to be seated with the B-list celebs; attempts the book for an Elton John jukebox musical; races about England benevolently signing books and meeting blushingly with personal bankers; does a speechy thing or two for Prince Charles; tries out a new bespoke tailor; dines with Dennis (aka Mr. Margaret) Thatcher at the Garrick Club and pronounces him, with a blithe arrogance worthy of any Cambridge grad, "better read than I had ever imagined." Eventually he purchases at auction two letters in Oscar Wilde's hand — but not without both citing and complaining of the price, and not before dropping roughly as many names, familiar and obscure, as he does pounds sterling. Fear not, he footnotes the obscure ones so as to evoke suitable awe.

Some of my visceral reaction to this chronicle of escalating obnoxiousness is attributable, I'm certain, to my own not-so-closeted Wodehousian aspirations, and to the fact that I'm currently a mild pea green about the bankers and the tailors, the private clubs and the country house. But if I envy the man's gifts and covet (I think) the glamour of his London life, I also regret the shocking callowness of his private voice in those years of plenty. A misguided, misspent early midlife is one thing to recount and repent. The blithe snobbery, the casual cruelty, the condescension to those less gifted that's on such vulgar display in this all-too-dense diary of excess — they all demand more examination, more reflection, more humanity than Fry provides.

I still want to know the fleetly hilarious Fry I see on QI, the immensely empathetic Fry I follow on Twitter, the wary but kind-eyed Fry who looks out from the cover of More Fool Me. He makes an appearance now and again amid the defensive self-dismissals of the framing material — and even, rarely, between the the endless lines of insufferable early '90s self-regard that make up the diaries.

The Stephen Fry who's moved to tears by an early look at Emma Thompson's Sense and Sensibility screenplay, who agonizes over a limp and under-rehearsed benefit performance, who's cut to the quick when Alyce Faye Cleese confesses that she and her husband John find Fry's novels less worthy than his shorter work — that's the man I hope and believe has survived and matured and remains among us. I wish he were more in evidence here.