Accessibility links
When Feeding The Homeless Runs Afoul Of The Law The National Coalition for the Homeless says about 30 cities have some kind of ban on distributing free food. In San Antonio, a homeless advocate says the city is turning what she does into a crime. 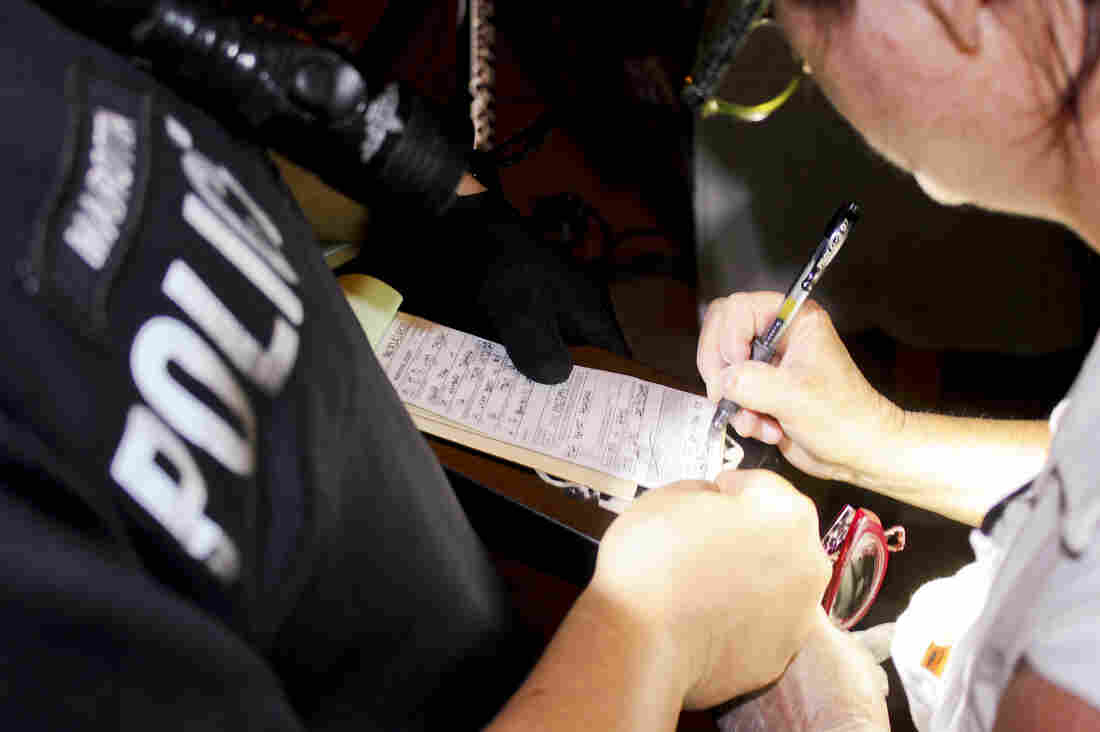 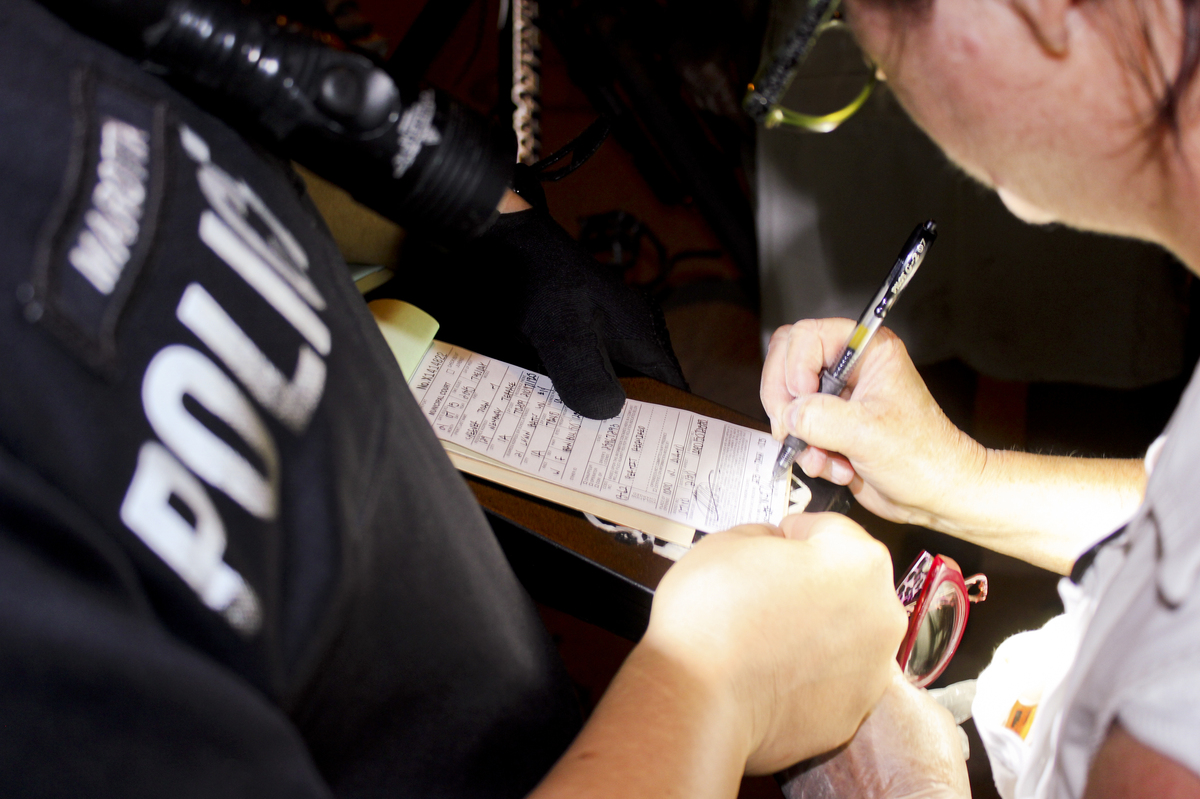 Every Tuesday night, Joan Cheever hits the streets of San Antonio to feed the homeless. In a decade, she's rarely missed a night. But on a recent, windy Tuesday, something new happens.

The police show up.

"He says we have to have a permit," Cheever says. "We have a permit. We are a licensed nonprofit food truck."

Cheever runs a nonprofit called the Chow Train. Her food truck is licensed by the city. On this night, she has loaded the back of a pickup with catering equipment and hot meals and driven to San Antonio's Maverick Park, near a noisy downtown highway.

Documents are produced, but there's a problem: The permit is for the food truck, not her pickup. Cheever argues that the food truck, where she cooks the meals, is too big to drive down the alleyways she often navigates in search of the homeless.

"I tell you guys and the mayor, that we have a legal right to do this," Cheever says to Marrota.

Marrota asks, "Legal right based on what?"

The Freedom of Religion Restoration Act, Cheever tells him, or RFRA, a federal law which protects free exercise of religion.

The officer isn't buying it. He writes her a ticket, with a fine of up to $2,000, making clear that San Antonio tickets even good Samaritans if they don't comply with the letter of the law. 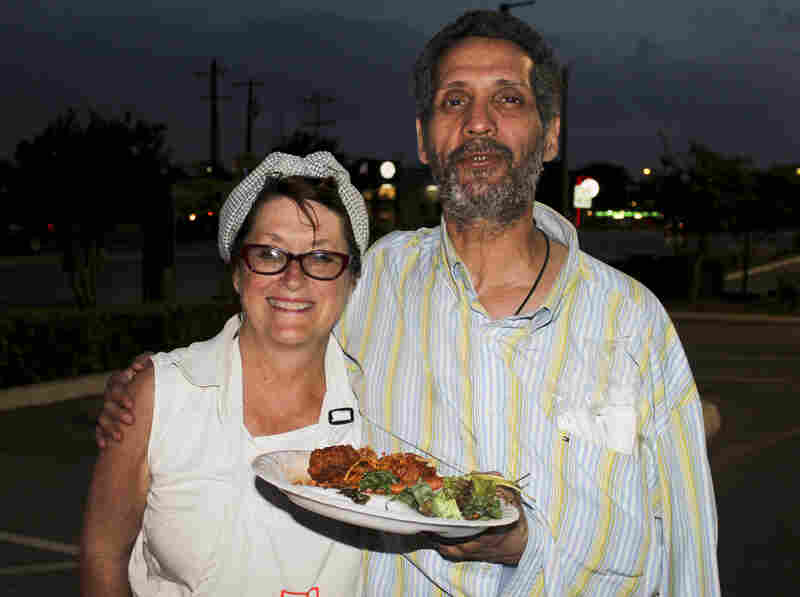 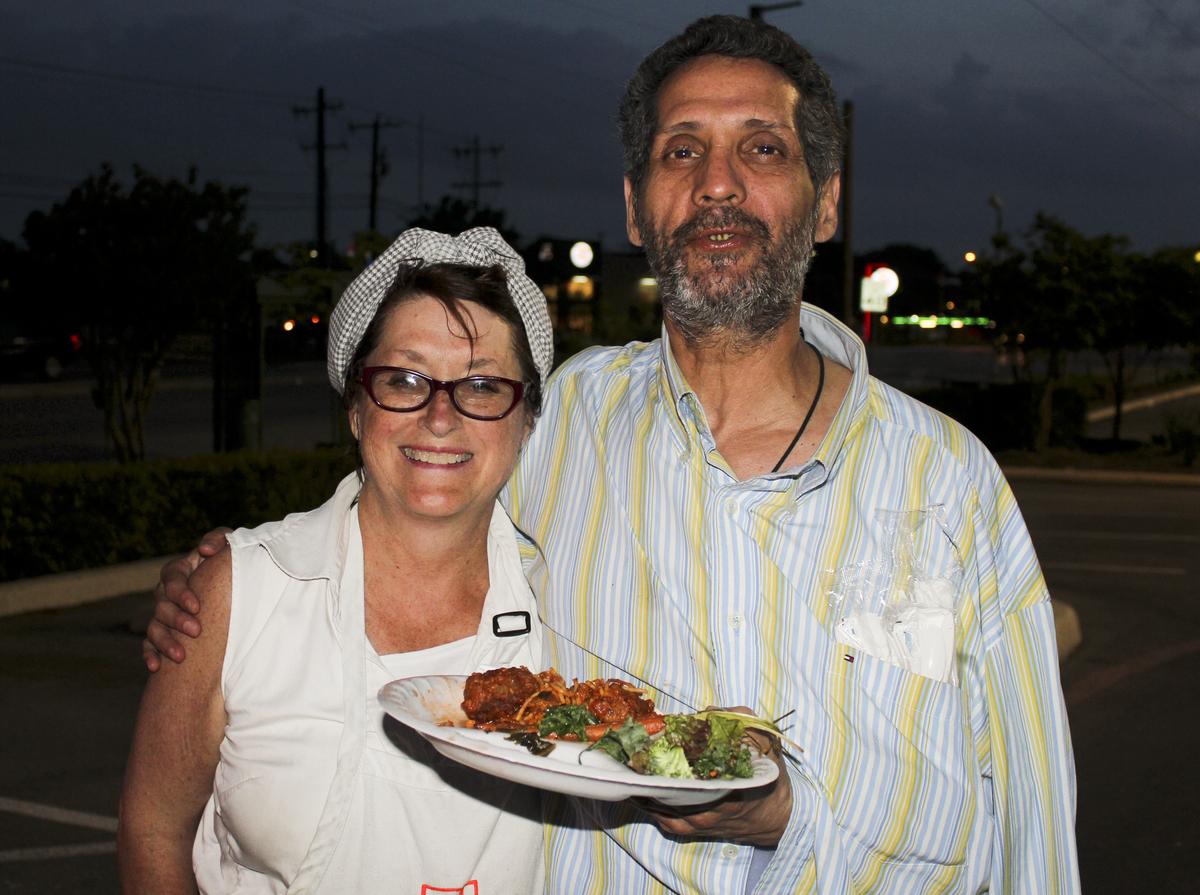 Cheever stands with Mundo, one of her regular homeless clients.

The National Coalition for the Homeless says upwards of 30 cities have some kind of ban on distributing free food for the homeless. Many, including San Antonio, want to consolidate services for the homeless in one location — often, away from tourists.

Does invoking RFRA give Cheever and other good Samaritans license to ignore the law?

"That is not, actually, an easy question to answer," says Michael Ariens, law professor at St. Mary's University in San Antonio. "RFRA applies when the government of any type substantially burdens an individual's free exercise of religion."

"RFRA doesn't allow any do-gooder to simply to do whatever they wish — to make a law onto themselves without interference from local or state government," he says.

Cheever complains that San Antonio has joined other cities in turning feeding the homeless into a crime.

On the next Tuesday night, Cheever is back in Maverick Park, risking another ticket. She could even be arrested.

But this time there are no police. Cheever and her Chow Train volunteers are greeted by dozens of supporters and homeless people.

"It warms my heart, but it doesn't surprise me, because the community is behind me and they are behind every other nonprofit that does what I do," she says.

In late June, Cheever says, she will challenge the ticket in court.