Accessibility links
Instead Of Replacing Missing Body Parts, Moon Jellies Recycle If a starfish loses a limb, a new arm buds and grows in its place. But young moon jellies have a different strategy for self-repair: Existing limbs rearrange themselves to regain symmetry. 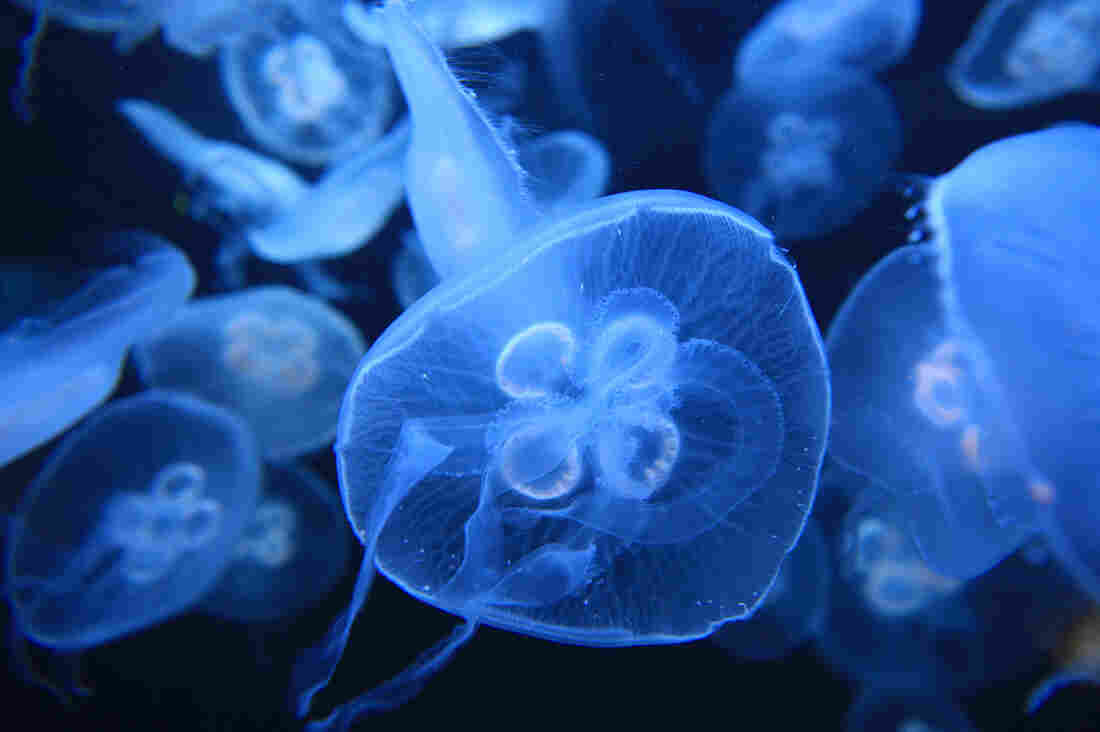 The long "oral arms" of the adult moon jelly, Aurelia aurita, extend from near its mouth, in the center of the bell. Magnus Manske/Wikimedia Commons hide caption 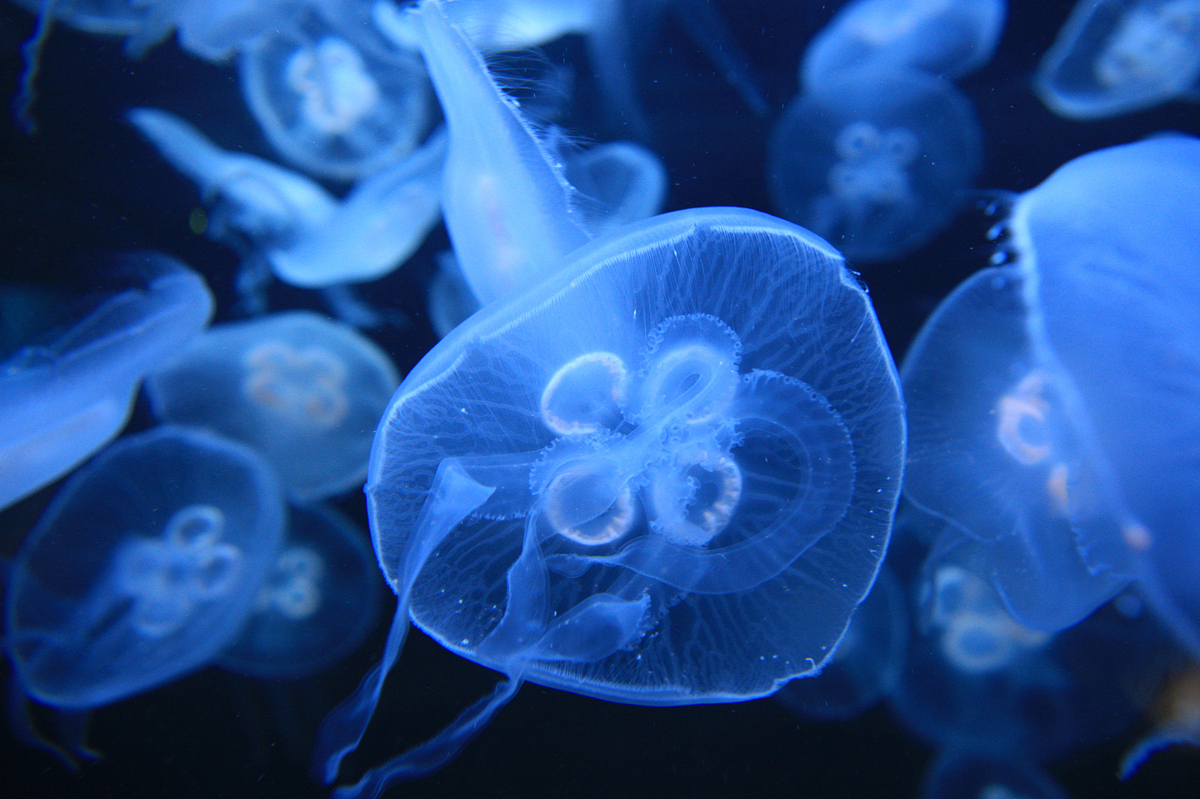 The long "oral arms" of the adult moon jelly, Aurelia aurita, extend from near its mouth, in the center of the bell.

Moon jellies have an unusual self-repair strategy, scientists have learned. If one of these young jellies loses some limbs, it simply rearranges what's left until its body is once again symmetrical.

"We were not expecting to see that," says Michael Abrams, a graduate student in biology at the California Institute of Technology.

All creatures have tricks to heal themselves. If you get a cut, your skin will form a scar. And some sea creatures, like starfish and sea cucumbers, can regenerate lost body parts.

So a couple of years ago, when Abrams and some colleagues started growing moon jellies in the lab, they decided to explore what these jellies could do.

Taking The Sting Out Of Jellyfish Isn't Easy

"We started doing kind of old-school experiments, where you just sort of cut off pieces and see what happens," recalls Abrams.

Each young jellyfish is tiny and looks like a snowflake, Abrams explains, with eight arms and a mouth in the center. He tried chopping them in half with a razor blade.

"If you imagine cutting them in half, that means you've now got four arms on one side and no arms on the other side," he says.

He thought the lost limbs might regenerate. But, no. Instead, over a couple of days, the remaining limbs moved around the body until the little jellyfish was once again symmetrical.

"Rather than four arms on one side, you had sort of an x shape, like a cross," he says.

In fact, no matter how many arms he cut off, these little jellies would rearrange what was left to re-create a symmetrical pattern.

Upon injury, juvenile jellyfish reorganize their bodies to regain symmetry.

His adviser, Lea Goentoro, was intrigued. "It could be a really different strategy of surviving from injuries," she says, "so I just thought, well, we just need to look at this a bit more."

The team did a bunch of studies, which are described in the current Proceedings of the National Academy of Sciences.

What they learned is that the jellyfish heal themselves by swimming. As a wounded jellyfish struggles to move through the water with its remaining limbs, its muscles contract and relax. This movement creates forces that push on the body's elastic, jelly-like material, reshaping it until the limbs are once again evenly spaced.

"It's that propulsion machinery itself that drives its own repair," says Goentoro.

The lives of these jellyfish absolutely depend on them being symmetrical, says Ty Basinger, who did some of the experiments.

Basinger says this strategy for regaining function, without regaining a limb, could prove useful for designing future materials or technologies.