Accessibility links
Concern Grows Over Unregulated Pesticide Use Among Marijuana Growers Regulators in the 23 states where medical or recreational marijuana is allowed are having a tough time making sure pot buyers don't ingest harmful pesticides.

Listen · 3:46 3:46
Concern Grows Over Unregulated Pesticide Use Among Marijuana Growers 3:46 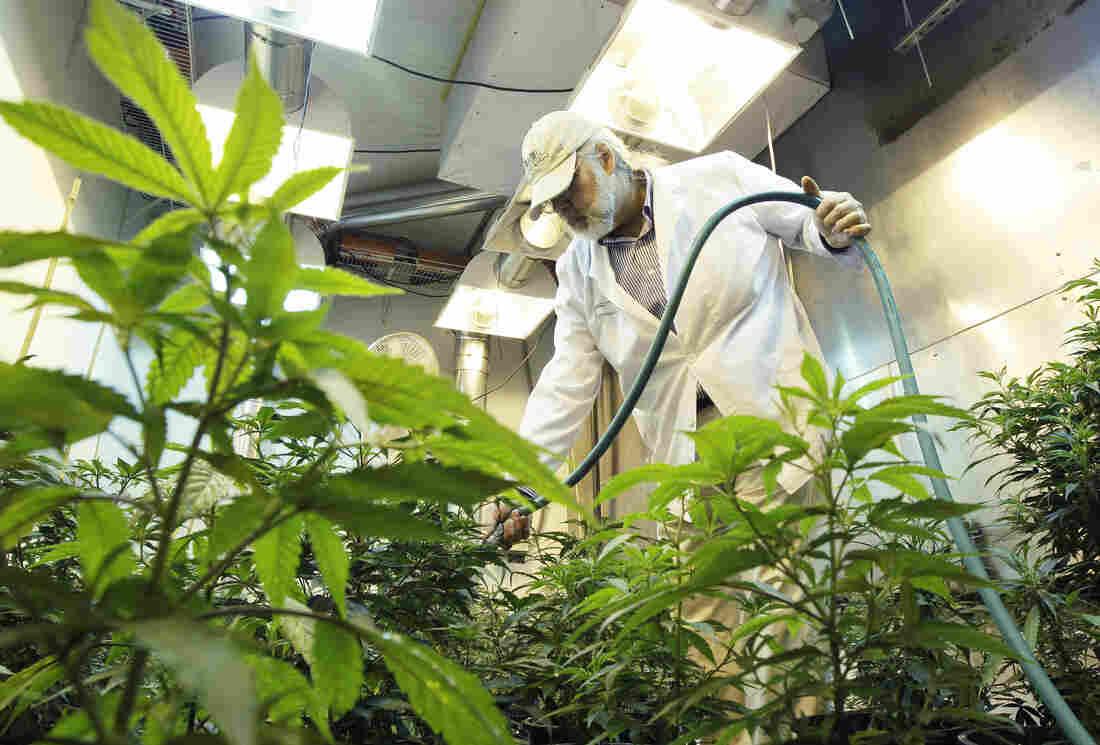 Using chemicals to control bugs or mold is common among commercial cannabis growers. But with no federal oversight, experts are concerned growers may be using dangerous pesticides. Ted S. Warren/AP hide caption 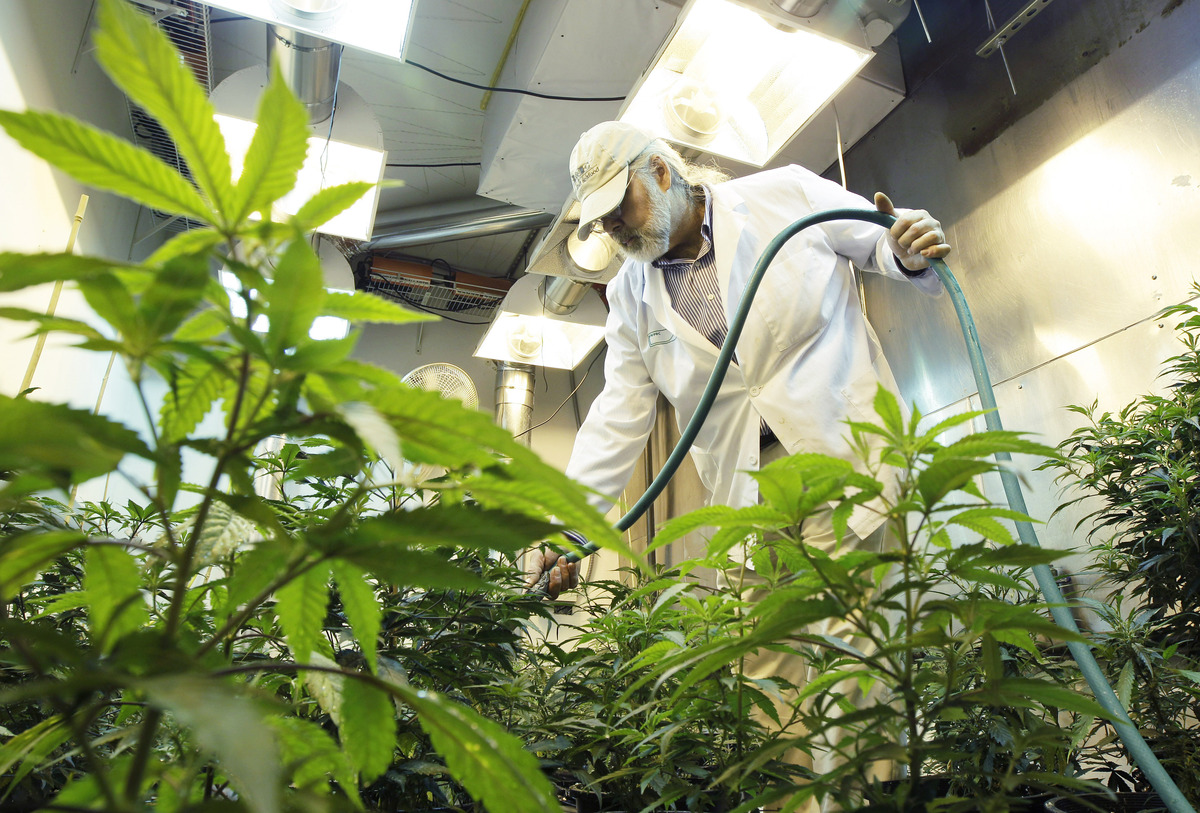 Using chemicals to control bugs or mold is common among commercial cannabis growers. But with no federal oversight, experts are concerned growers may be using dangerous pesticides.

The marijuana industry has a pesticide problem. Many commercial cannabis growers use chemicals to control bugs and mold. But the plant's legal status is unresolved.

The grow room at Medical MJ Supply in Fort Collins, Colo., has all the trappings of a modern marijuana cultivation facility: glowing yellow lights, plastic irrigation tubes, and rows of knee-high cannabis plants.

The plants are vibrantly green, happy and healthy. And Dice says that's because the company's taken a hard line on cleanliness.

"We have people who that's their only job is to look for any infections or anything that could cause potential damage to the crop," he says.

'This Is Going To Be Too Hard': Keeping Kids From Using Pot

As any farmer will likely say, damage to the crop equals damage to the bottom line. Dice's employees used to spray the crop with mild chemicals. They would switch between multiple pesticides and mildew treatments, treating anywhere from every three to four days.

Dice says he's seen other operations crumble as their cannabis succumbs to mildew or bugs. Pest controls ensure a good yield. And when it comes to cannabis, yields really matter.

Dice estimates the grow room is worth as much as $180,000. Protecting that yield is hard work. That's why many growers in states that have legalized recreational or medical marijuana use chemicals. But it's the federal government that tells farmers which pesticides are safe to use. And so far, the feds wants nothing to do with legalized marijuana. Colorado State University entomologist Whitney Cranshaw says that's left growers to experiment with little oversight.

"In the absence of any direction the subject of pesticide use on the crop has just devolved to just whatever people think is working or they think is appropriate," he says.

Tobacco farmers, for example, have a stable of pesticides the government says are safe to use. But Cranshaw says marijuana growers have none.

"Sometimes they've used some things that are inappropriate, sometimes unsafe," he says.

Brett Eaton is a plant expert with American Cannabis Company, a Denver-based consulting group. He's concerned about what the pesticides are doing to the product as well as the consumer.

"Anybody can get their hands on harmful chemicals, and they can just spray away all the way up until the last day of harvest," he says.

Safety concerns led Denver officials to place a hold on tens of thousands of marijuana plants earlier this year, pending an investigation. Colorado doesn't require growers to test the crop for traces of pesticides before being sold. But state agriculture officials did recently release a list of pesticides deemed appropriate for use on cannabis. Washington state, Nevada and Illinois have similar lists. Eaton says regulators are only playing catch up.

"Other agricultural industries already have policy in place for the safe use of spraying certain pesticides and fungicides," he says. "This being a new industry, it hasn't been addressed yet."

And with more states turning marijuana into a legal commodity crop, it'll take a mix of policy, science and industry self-regulation to figure out what's appropriate, and what's not.