Accessibility links
Difficult Times With A Difficult Father In 'Infinitely Polar Bear' Mark Ruffalo plays a father struggling with bipolar disorder in Maya Forbes' domestic comedy based on the director's experience with her own dad.

Difficult Times With A Difficult Father In 'Infinitely Polar Bear'

Difficult Times With A Difficult Father In 'Infinitely Polar Bear' 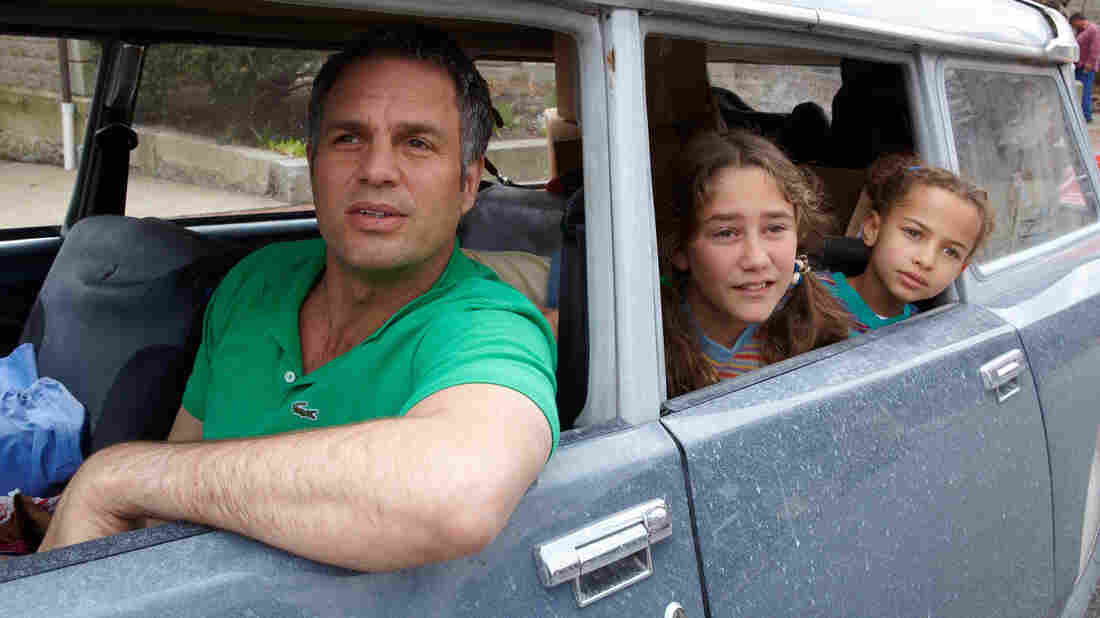 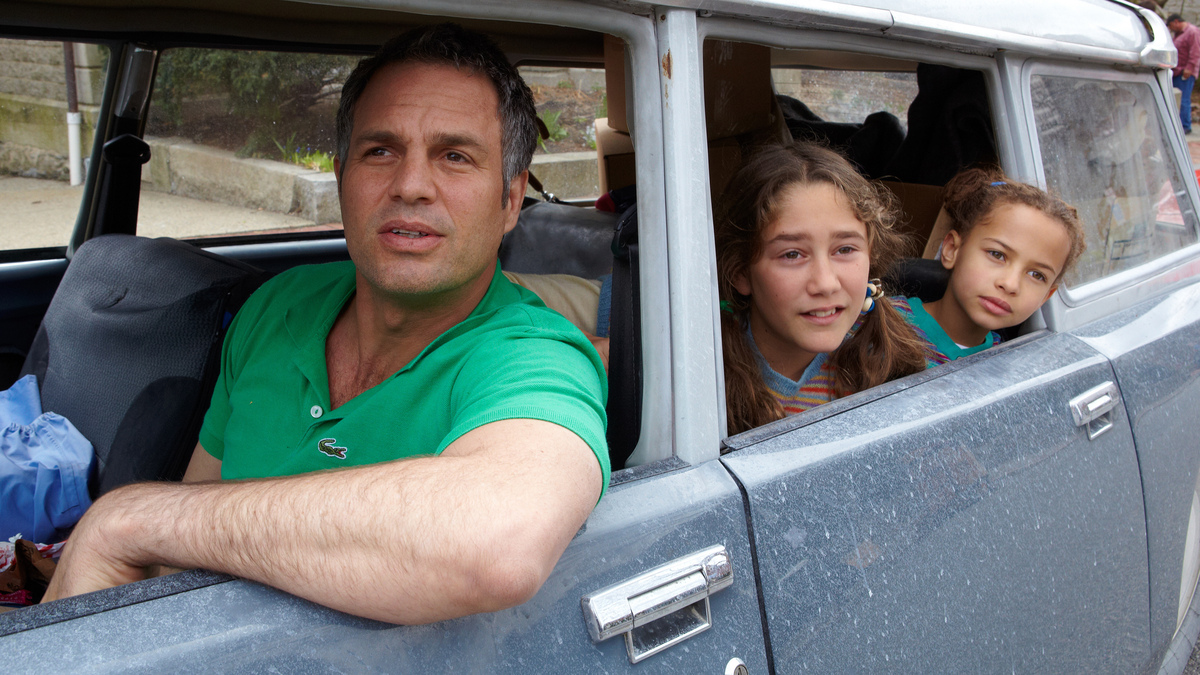 Cam Stuart (Mark Ruffalo), the bipolar father of two at the center of Maya Forbes' amiable domestic comedy Infinitely Polar Bear, comes to us attired in a scarlet swimsuit with matching bandana as he bangs furiously on the window of a car containing his departing wife, Maggie (Zoe Saldana), and small daughters Amelia (Imogene Wolodarsky) and Faith (Ashley Aufderheide). When his family visits soon after, Cam is an institutionalized zombie, medicated to the gills, his weight ballooning from the side effects of Lithium.

If Infinitely Polar Bear were pitched at one or both of Cam's extremes it would make for either a knockabout comedy or a somber mental illness drama. But this likable homage to the writer-director's own father unfolds in the woozy middle ground between poles, when Cam is mostly but not always taking his meds, mostly but not always in the land of the normal as he more or less looks after the girls while Maggie pursues a law degree in New York.

That's at least a nifty, generous way to avoid the madman caricature that often disfigures movies about mental illness. At its best, Infinitely Polar Bear is about a nice, unbalanced man trying and often failing to do right by his kids, and vice versa. And Ruffalo is the least histrionic of actors even when Cam is, as the social workers put it, "disinhibited," when he never shuts up and pulls stunts that bemuse or alienate every adult in his orbit. He's a big kid himself — impulsive, charming, self-involved and mostly ill-attuned to the social signals of others.

Through the eyes of his alternately entranced and exasperated daughters, we see how attractive a man like Cam can be to children, and how incomprehensible to grownups, his own wife included. Yet Maggie, caught between worry for her kids and trying to make ends meet, remains a shadowy figure throughout. Saldana seems ill at ease and slightly at a loss in a role that demands little of her other than to wring her hands while coming and going from Manhattan. In principle it's a relief to see a biracial marriage onscreen without fuss. But this is 1978, in highly race-conscious Boston, where a union between a black woman and a WASP from old money would surely not go unremarked on by Cam's Brahmin family or by Maggie's prospective white-shoe employers. There's not a peep out of either.

To Forbes' credit, the movie is rarely mawkish or self-pitying about what it's like to live with the routine unpredictability Cam's fluctuating moods inflict on his family. At the same time her circumspection leaves us with little at stake beyond Cam's everyday volatility, which is played mostly for laughs. Anyone who has lived under the same roof as a person with bipolar illness knows how wearing it can be all round to shuttle between the highs — when the house is full of clutter, commotion and thwarted rage — and the lows, when the sufferer can barely get out of bed. Where the care of young children is involved, there is real danger.

There's just one scene in this good-humored film that edges up to the anger, frustration and terror that can unravel the most accepting children when a parent can only be relied upon to rush up and down the emotional register without warning. In that moment, Cam utterly loses it, and we get a fleeting sense of how frightened and unsafe his daughters feel in the face of his unfiltered rage. For the best of filial reasons, Forbes won't climb any further out on that limb, which leaves us with a pleasant, slightly toothless string of memories of dad.