Accessibility links
Pop Culture Happy Hour: 'Inside Out' And Moms And Dads In Love On this week's show, we explore Pixar's new exploratory movie about a girl's brain, and we talk about why pop culture often struggles to give parents rich, satisfying romantic lives.

Pop Culture Happy Hour: 'Inside Out' And Moms And Dads In Love 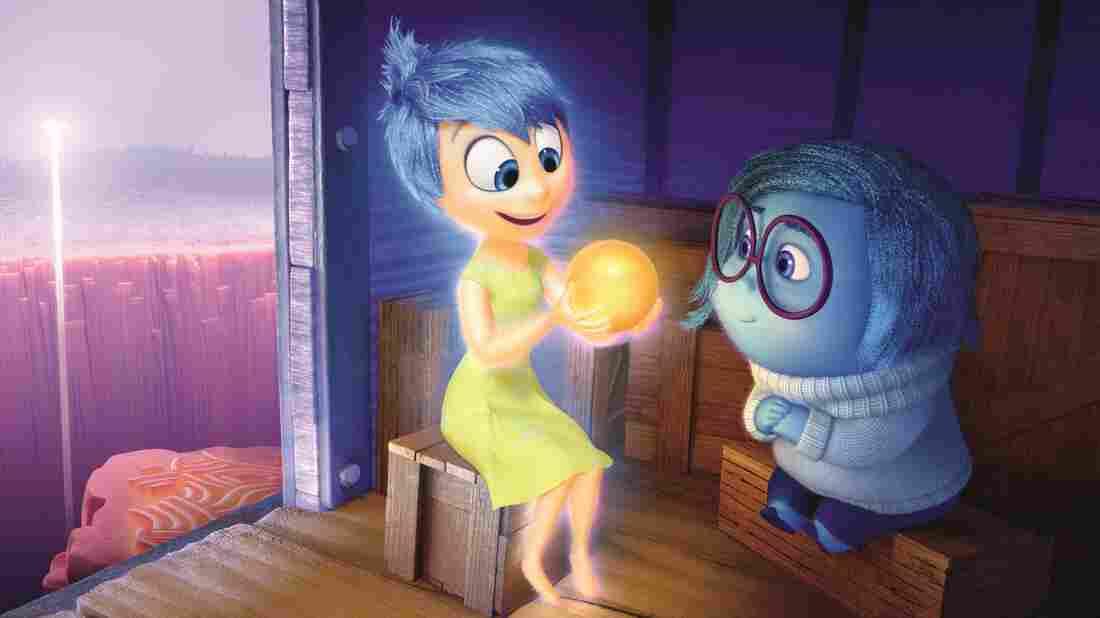 Joy (Amy Poehler) and Sadness (Phyllis Smith) catch a ride on the Train of Thought in Disney and Pixar's Inside Out. Pixar hide caption 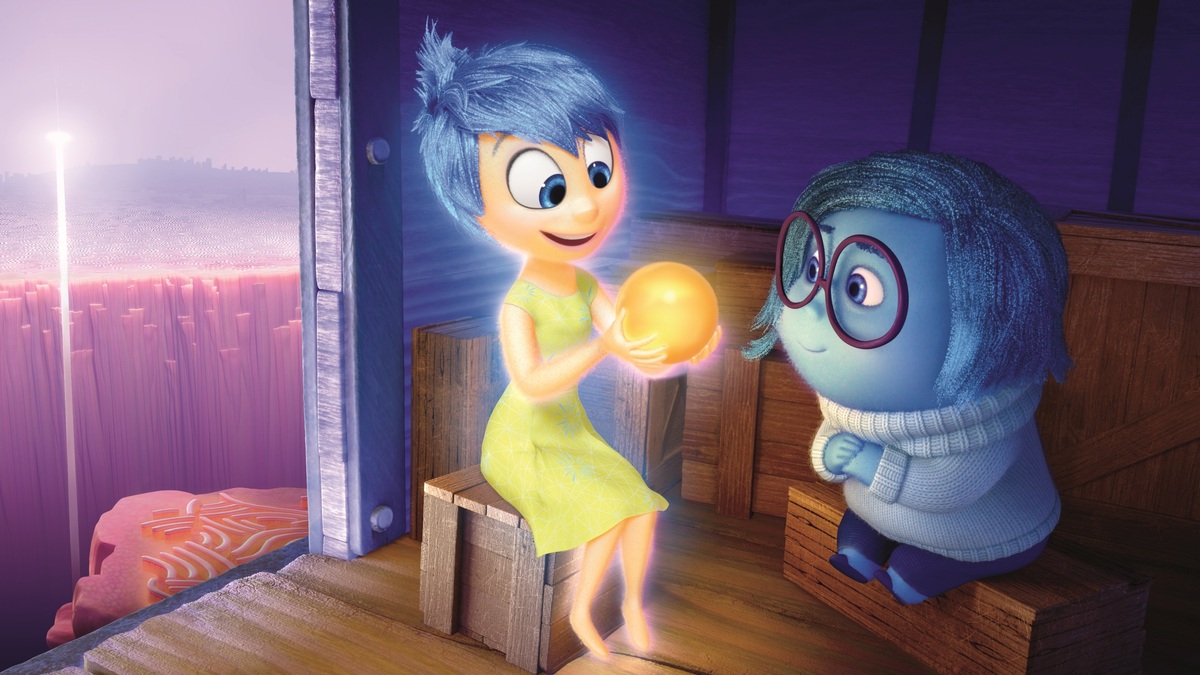 Joy (Amy Poehler) and Sadness (Phyllis Smith) catch a ride on the Train of Thought in Disney and Pixar's Inside Out.

Dear Pixar, From All The Girls With Band-Aids On Their Knees

I'm just going to tell you right off the bat, you guys: we really liked Inside Out. This does not exactly make us outliers in the critical landscape, but we sit down this week with the great Kat Chow of NPR's Code Switch team to talk about the film. It's a thought-provoking story and visually inventive, so we'll spend some time on the various creative forces at work. At the same time, we ding its one weak scene that unfortunately shows up in a lot of the trailers and we debate who cried the most. (Spoiler alert: the parent.)

Speaking of parents, we got talking this week about why television in particular has such a tendency to rob parents of the vitality of their romantic lives once they have kids — and why married couples in general often are reduced to people who are only sexy for laughs. It's a good time to listen again to "Stacy's Mom," but then, there's really no bad time.

As always, we close the show with what's making us happy this week. Stephen is happy about finding himself wildly overserved by the culture, particularly because of a new performance video. Glen is happy about a documentary for which he admits he's not the most obvious audience and a podcast (shocker!) of which I can tell you I'm also a fan. Kat is happy about a book she found particular relevant in the last week or two. I am happy about a bizarre piece of television performance art (kind of, kind of) as well as a segment of a great comedy special I hope you'll seek out.

Find us on Facebook or follow us on Twitter: the show, me, Stephen, Glen, Kat, producer Jessica, other producer Kiana, and pal and producer emeritus Mike.