Accessibility links
All In The Family: Father-Son Pairings In Jazz In honor of Father's Day, Christian McBride, host of NPR's Jazz Night In America, stops by for a conversation about jazz families — starting with saxophonist Joshua Redman and his father, Dewey. 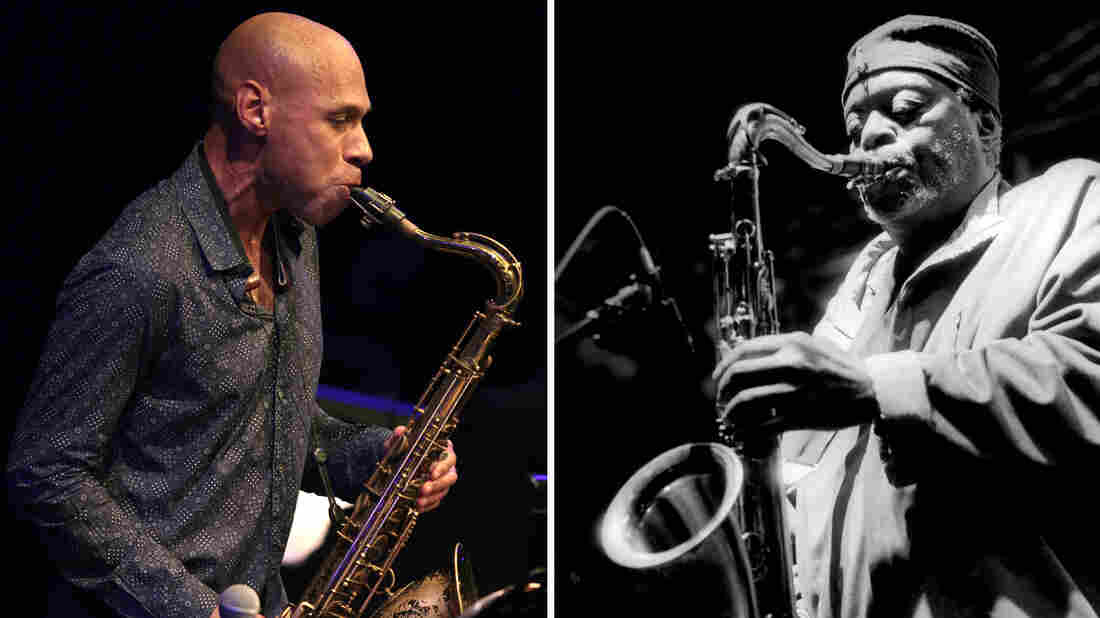 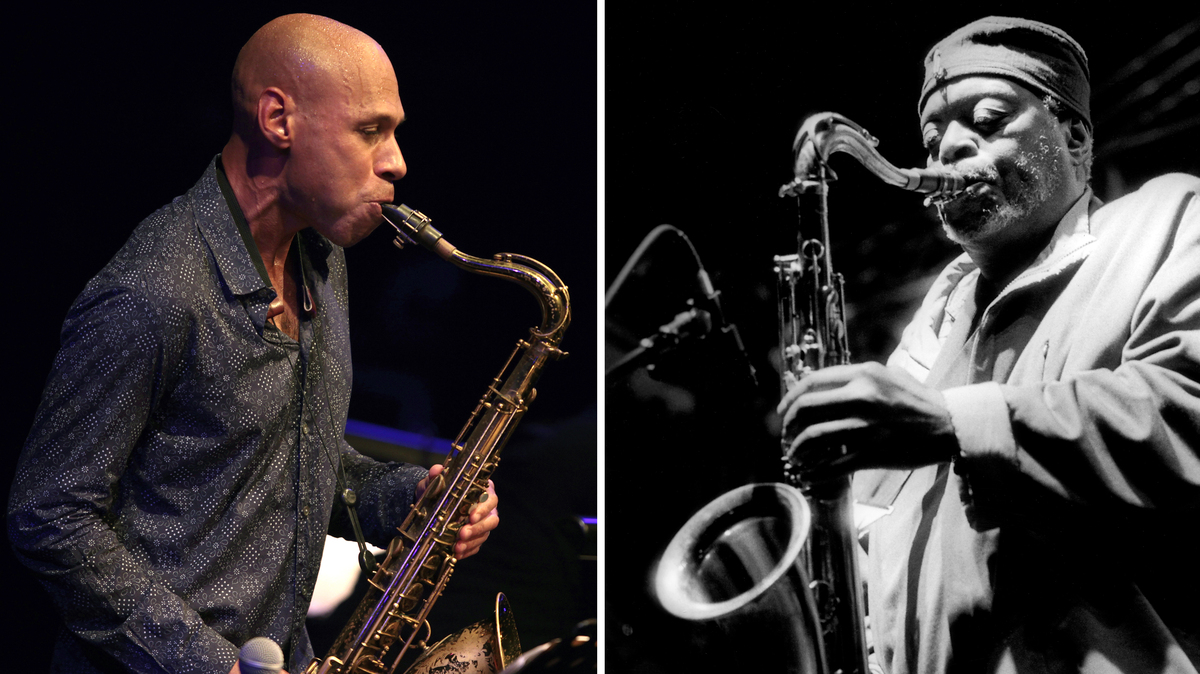 Jazz is all about great collaborations, and in honor of Father's Day this weekend, composer and bassist Christian McBride, host of NPR's Jazz Night In America and a regular All Things Considered guest, stopped by for a conversation about fathers and sons.

"I'm not sure if jazz families are any more or less special, [or] dysfunctional, than any other family," McBride says with a laugh. "But with jazz families, you get more melody."

Below is an edited transcript of McBride's conversation with NPR's Audie Cornish.

Audie Cornish: We start with this pairing, a tenor-sax duo: Joshua Redman and his father, Dewey Redman. It's a cover of the John Coltrane song "India," and one of Dewey Redman's last recordings before he died in 2006.

Christian McBride: Dewey was certainly one of the most well-respected musicians among the jazz brethren. I think when he came to prominence in the '60s — being a member of Ornette Coleman's group — once he came on the scene, I think he made quite a ripple.

What I love about Dewey's sound is that it never got away from its Texas roots, that sort of big, bluesy "brisket" sound, you know what I mean? It's soulful, bluesy. But when you add the new frontier of the '60s — breaking out of the classic bebop mold — you get into more abstract, esoteric sort of thinking ... and then you get guys like Dewey Redman and Ornette Coleman. And Dewey's sound, I think, is very singular in that sense.

And Joshua Redman actually grew up with his mother — his parents were separated — so he came to the sax on his own and learned on his own. When [Dewey and Joshua] came together and performed, what did you see in terms of the dynamic or influence?

I think their relationship was most likely the same as any other father-and-son relationship; sometimes it was cool, sometimes it wasn't. One thing's for certain: When music was being played, you can't imagine the wonderful fireworks. Listen to how they're playing together on this track. They're loving it. They're dancing together.

What I love about Joshua's playing [is that] he has the refined rawness of his father. When you think of Texas, which is the South — when you think of what that was when Dewey was growing up in the '40s, that gets into your playing. Whereas Josh's sound is much more refined, much more distilled. And I loved hearing those two play together. It was something very, very special.

In doing research about some of these men and their children, I found it interesting that a lot of them were self-taught. They had come up in that era of jazz where they were self-created, and their kids came up through what is now a very professional, academic jazz system — like the schools, or winning competitions. How much of this reflects jazz itself growing up?

Exactly — it's just evolution. I can't imagine, say, two or three generations from now, what the new developments will be when it comes to younger musicians. You think about the musicians that come from the bebop generation — there weren't jazz programs in colleges or public schools. They had to sort of create their own thing. Whereas now, you could make the argument that the musicians today are much better trained than ever. But when you think about getting the nicks and bruises and cuts and scars that you need to really develop a personality, one could say that you don't find that quite as often as you did with musicians of a certain generation. Forget all the chops; anybody can develop chops. But you gotta get your own personality, your own sound, your own thing.

I want to talk about one more song that you've brought us, and this is from the Whitfield Family Band. Tell us who's in the band, because this is a whole family affair, right?

This is so amazing: There's Mark Whitfield Sr. on guitar — one of my oldest and dearest friends — Mark Whitfield Jr. on drums, Davis Whitfield on piano and Yasushi Nakamura on bass.

And the song you brought for us is called "The Socrates Curse." It's their first official recording together, and it's actually not out yet — we're getting a first peek.

I'm so glad we're breaking this. Listen to that!

So much about jazz performance is having that good relationship with the players on stage. Can you talk about the dynamic with this family?

You can hear right away that they actually enjoy playing with each other. And it's beautiful, because that comes through in the music. And when you can have that sort of wonderful relationship, not just with someone in the band, but your family in the band — that's got to be one of the greatest, most free feelings ever.

It sounds like there's real value, then, in terms of passing on a legacy, right? It's not just about that family — oftentimes they're passing on something about jazz itself.

It's much bigger than the family, and I think that these patriarchs — and matriarchs — of some of these jazz families understand that. It's a bigger picture filtered through the family lens.