Accessibility links
Review: Matt Pond PA, 'The State Of Gold' The band's 10th album sounds at home among its many predecessors, satisfyingly reconciled between Matt Pond PA's restless drive and its rustic roots. 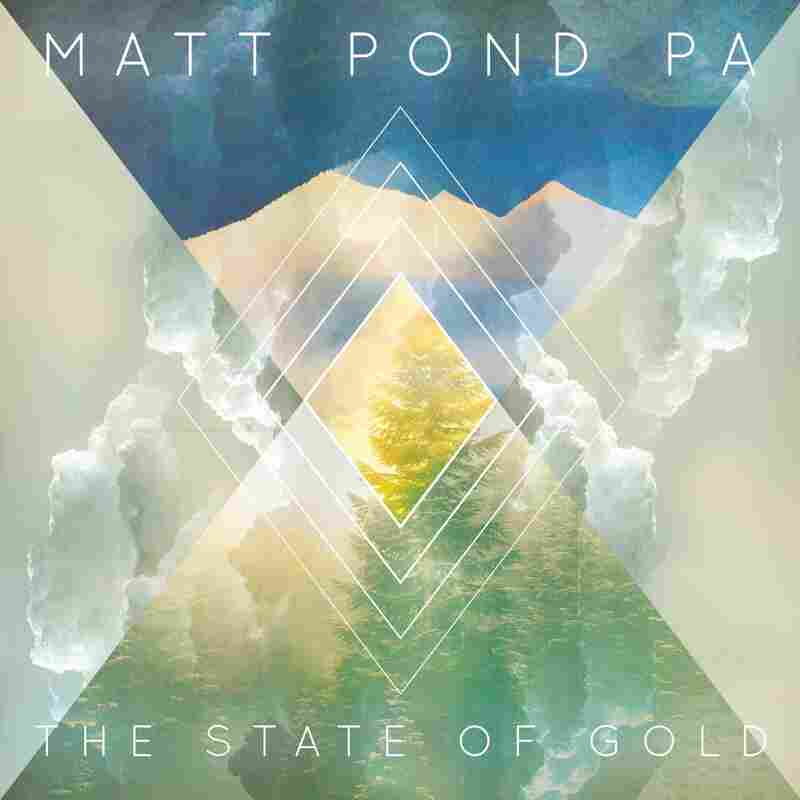 "More No More," the shimmering opening track on The State Of Gold, Matt Pond PA's 10th full-length, bounds out of the gate as though it's been building momentum for ages. In a way, of course, it has: Behind this album is the accumulated energy and weight of nearly two decades, as well as more albums, EPs, singles and tours than can be counted without paper and a pencil.

Not that energy or shimmer are the first things you'd think of when sizing up Pond's output with a rotating cast of collaborators. Pond is an old-fashioned troubadour above all — a "sleepless dreamer," per "Don't Look Down." His songs, held aloft by his genially emotional voice, are humble and introspective, even when they're aloof. As he keens in "Spaceland," this album's slow-burning closer, "I have known more empty bedrooms than I'll ever know myself."

But the band's music has always moved with subtle self-assurance that belies the often-glum questing of Pond's lyrics: the gloomy rockers of 2007's Last Light, the plainspoken groove of 2013's The Lives Inside The Lines In Your Hand. On The State Of Gold, which Pond wrote in fits of inspiration throughout 2014, this manifests in sleek production values and assertive percussion, a synthetic undercurrent that highlights the songs' elegant simplicity rather than undermining it.

In turn, many of his lyrics here seem newly galvanized around the familiar theme of exploration and departure: "Four Eyes" builds to a refrain of, "Let's go far beyond what we've ever known," repeated in choral ecstasy, while "Take Me With You" urges, "When we run away, let's really run / When we come undone, let's really come."

By the end, though, having explored the machine-smoothed contours of this territory for better (the post-punk rattle of "Emptiness") and for worse (the rom-com balladry of "Have To Know"), The State Of Gold winds up sounding essentially at home among its many predecessors, satisfyingly reconciled between the band's restless drive and its rustic roots.