Accessibility links
Words Made Flesh: Literature And The Language Of Prayer No American writer has been able to pin down the intersection of faith, prayer and art like Flannery O'Connor. Critic Juan Vidal reflects on her Prayer Journal, and the faith that words can live.

Words Made Flesh: Literature And The Language Of Prayer

Words Made Flesh: Literature And The Language Of Prayer 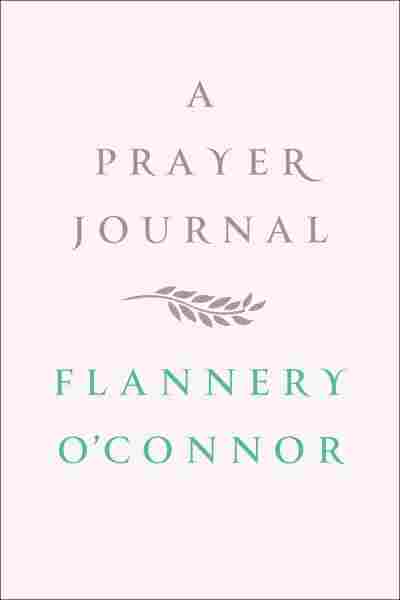 Lately, my prayers have become a form of artistic expression: Carefully chosen words, praise reports like songs, and sometimes pissed-off pronouncements entwined with polite requests that I please not screw something up. This season of life has required thoughtful consideration of even my private devotional time — and that makes me think of the conviction of Flannery O'Connor.

No other writer in the history of American letters has been able to pin down the intersection of faith, prayer, and art as evocatively as O'Connor. Perhaps the best example of this — aside from her Biblically blood-soaked fiction — are her letters and journal entries. In A Prayer Journal, a series of short meditations O'Connor penned between 1946 and 1947, readers get a portal into her relationship with the divine. It is chock full of pleadings and childlike confessions: "I would like to write a beautiful prayer." And while you might feel you're intruding on O'Connor's most intimate writings, the prayers are a delight to examine — and about as pure as they come: "Please help me dear God to be a good writer and to get something else accepted."

What is especially striking about this little book is the care O'Connor gives to the craftsmanship of her supplications. As though the rhythm of each prayer must, in its own way, mirror the attention she offers to her art. As though each were an extension of the other; prayer and literature cut from the same thread.

In his poem "Little Gidding," T.S. Eliot edges around a definition of prayer. He notes that, while there are in fact words involved, the act of prayer is not simply an "order of words," but also the "conscious occupation / Of the praying mind, or the sound of the voice praying." Exploring the idea of prayer as a means of communication, Eliot considers the role of language and even its connection to the deceased:

And what the dead had no speech for, when living,
They can tell you, being dead: the communication
Of the dead is tongued with fire beyond the language of the living.

For me, those words lead to Madeleine L'Engle's Walking on Water: Reflections on Faith and Art. "Each work of art," she writes "whether it is a work of great genius, or something very small, comes to the artist and says, 'Here I am. Enflesh me. Give birth to me.'" In this way literature, like prayer, is the work of incarnation, of raising something — in this case language — to life. L'Engle denounces the senselessness of categories like 'religious' art and 'secular' art, arguing instead that all true art is incarnational, and therefore 'religious.'

Praying people approach the act with an assurance, a hope, that their prayers will connect them to their gods. Similarly, writers approach literature in hopes of connecting to other human beings and their experiences. The writer's duty is to use the tools of language to build a world, and then to present it to others like an advent, like an arrival of something mysterious and potentially life-giving.

At their core, literature and prayer each carry an element of faith. For me, it takes faith to write, just like it takes faith to believe that "the Word became flesh," that it was given its own skin and bones. Both, I would argue, are redemptive by their own accord.

When I received A Prayer Journal as a gift two years ago, I was going through some of the toughest personal battles I'd ever faced. There was depression and there was the second-guessing of nearly every aspect of my life that had led me to that point. And then I came across, in one of O'Connor's prayer vignettes, a line that seemed to carry in it all the weight of hope: "Dear God, tonight it is not disappointing because you have given me a story." You have given me a story. I read it over and over again. For me, it was a reminder that, while we all have stories, it's how we choose to use them that can either destroy or save us. That night it was the language of prayer that once again proved itself redemptive.

Read an excerpt of A Prayer Journal